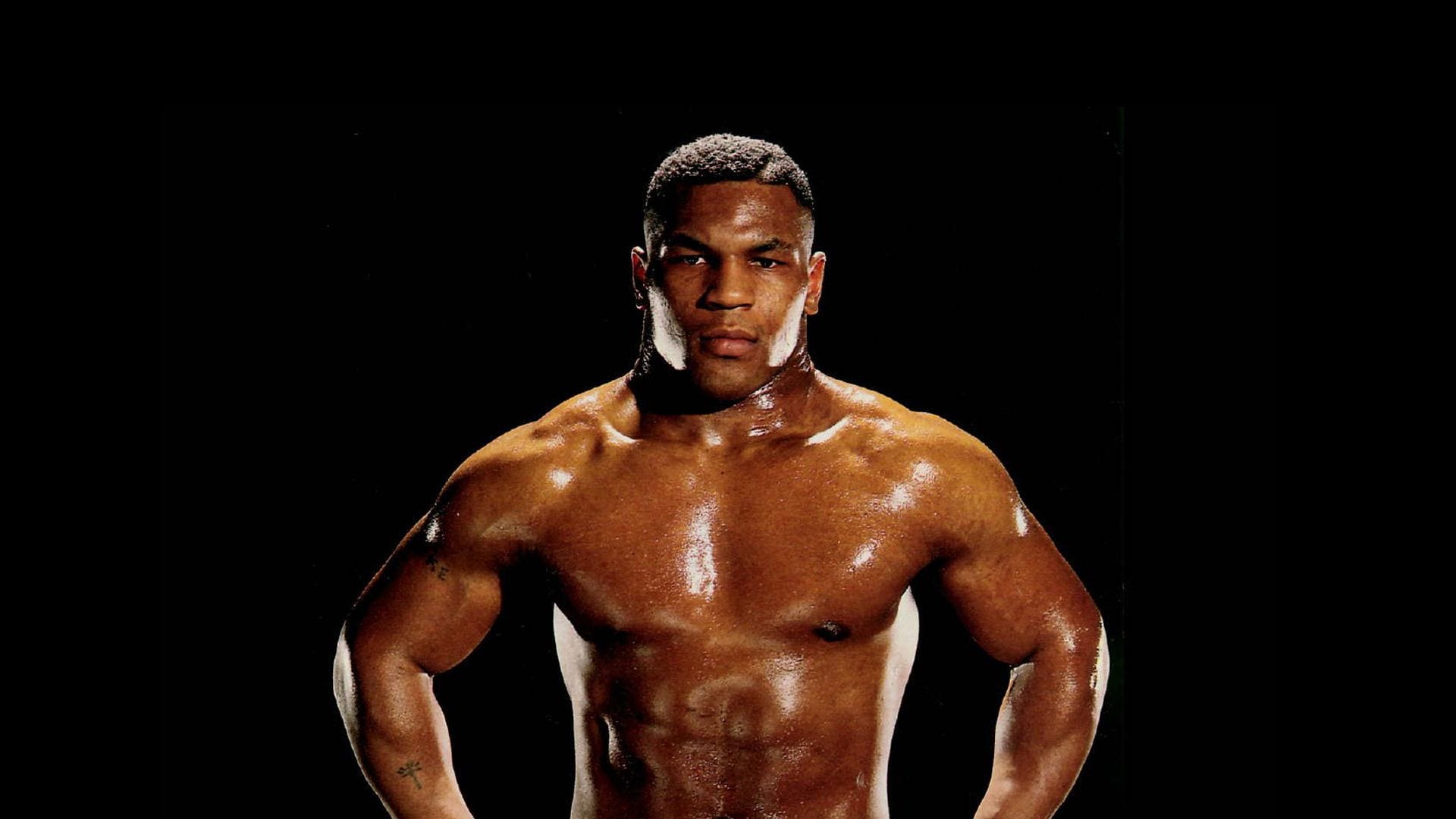 Mike Tyson, also known as “Iron Mike”, “Kid Dynamite” or “The Baddest Man on the Planet” is a familiar personality among sports fans, especially boxing fans. Mike is undoubtedly one of the best heavyweight boxers of all time and has secured his name in the world of professional boxing of all time. During his active career from 1985 to 2005, he dominated the boxing championships with his performances. He was an undisputed champion from 1987 to 1990, which refers to the professional boxer who carries the world titles from all four of the major sanctioning organizations, which are WBA, WBC, IBF, and WBO—simultaneously.

These are not all, because he holds multiple other titles and records such as Mike was the only boxer to be an undisputed champion as well as the only heavyweight to unify them in succession and also the youngest boxer to win a heavyweight title at the age of 20 years, 4 months, and 22 days. 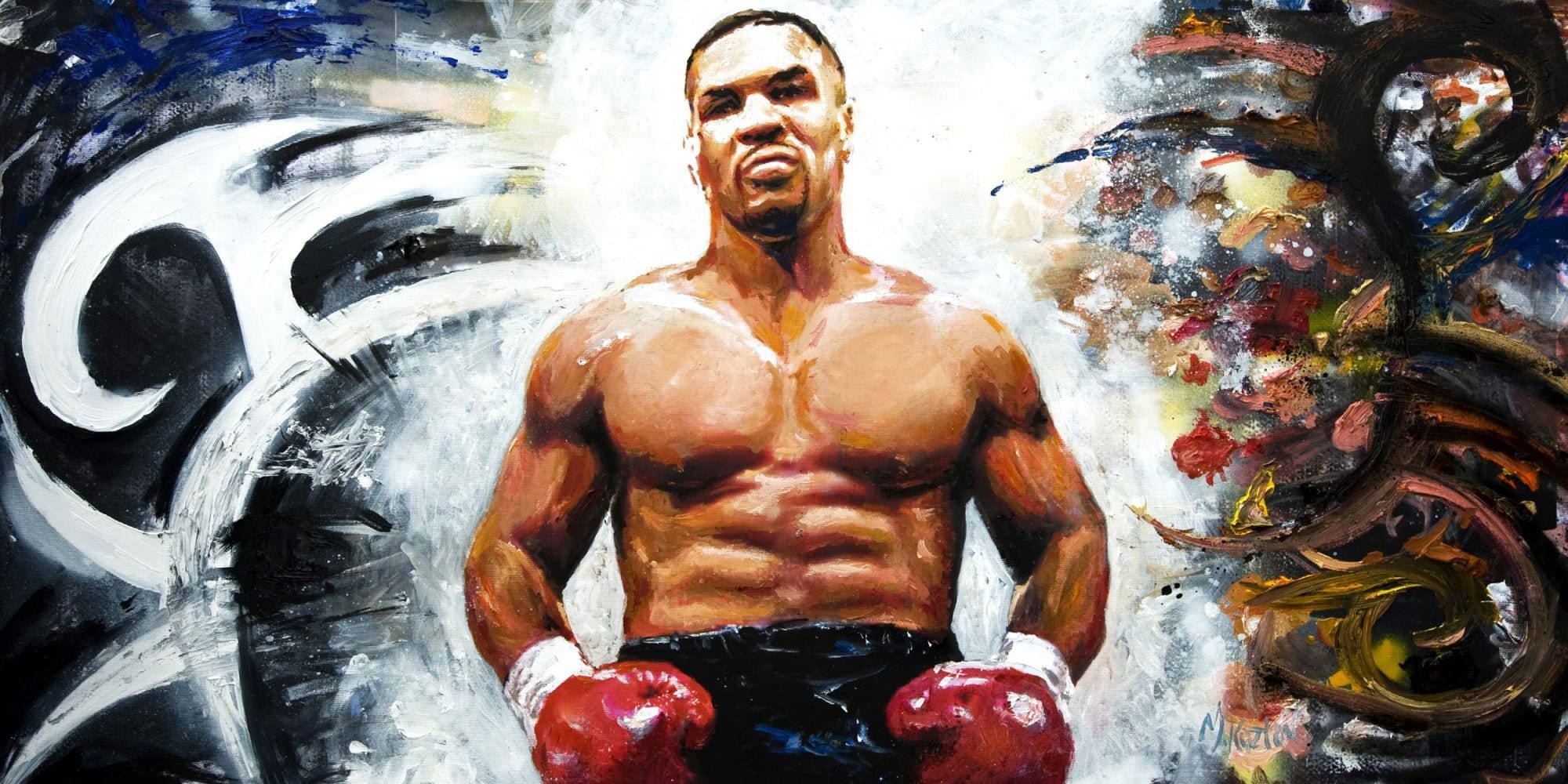 Mike Tyson earned the title of being the Baddest Man On The Planet, due to his nature inside and outside the ring.

In the initial years of his career, he also earned the title of lineal champion, a prestigious title which means a championship where an undisputed champion holds the title and some fighter may throw challenges at them and depends on who defeats the reigning champion in a match at that weight class, and in easy words, it is referred to as “the man who beat the man”. Though he has an undeniable talent, yet he has gone through many controversial issues in his career, which include aggressive boxing techniques and hostile behavior inside and outside the ring, and described as “the most ferocious fighter to step into a professional ring”. And his most serious controversy includes rape accusations and was sentenced to six years after he was found guilty. Though he got released after three years. 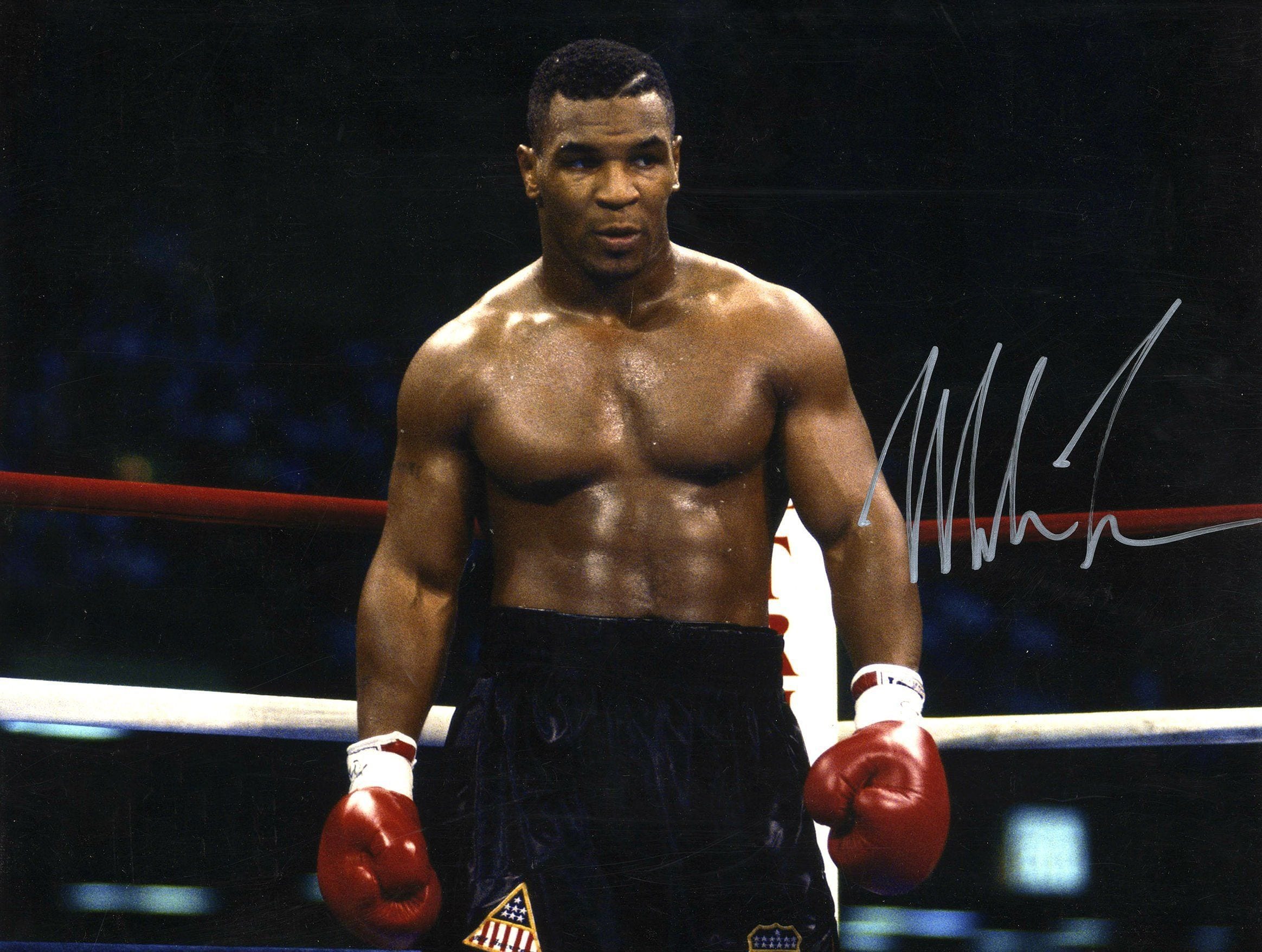 Let us know more about the boxer’s personal life, career highlights, and net worth further in this article.

Michael Gerard Tyson, his birth name was born on June 30, 1966, in New York City, U.S, and later moved to Brownsville due to financial problems and grew up there. Tayson’s mother passed away when he was sixteen, and his mother asked Cus D’Amato to take care of him, who was a boxing manager and trainer, who would later turn to his legal guardian. Mike revealed in an interview later that he frequently got into fights and committed petty crimes. By the age of 13, which is very young, he already got arrested 38 times. He attended a boys’ school where Bobby Stewart noticed the potential Mike had, and he became his mentor. 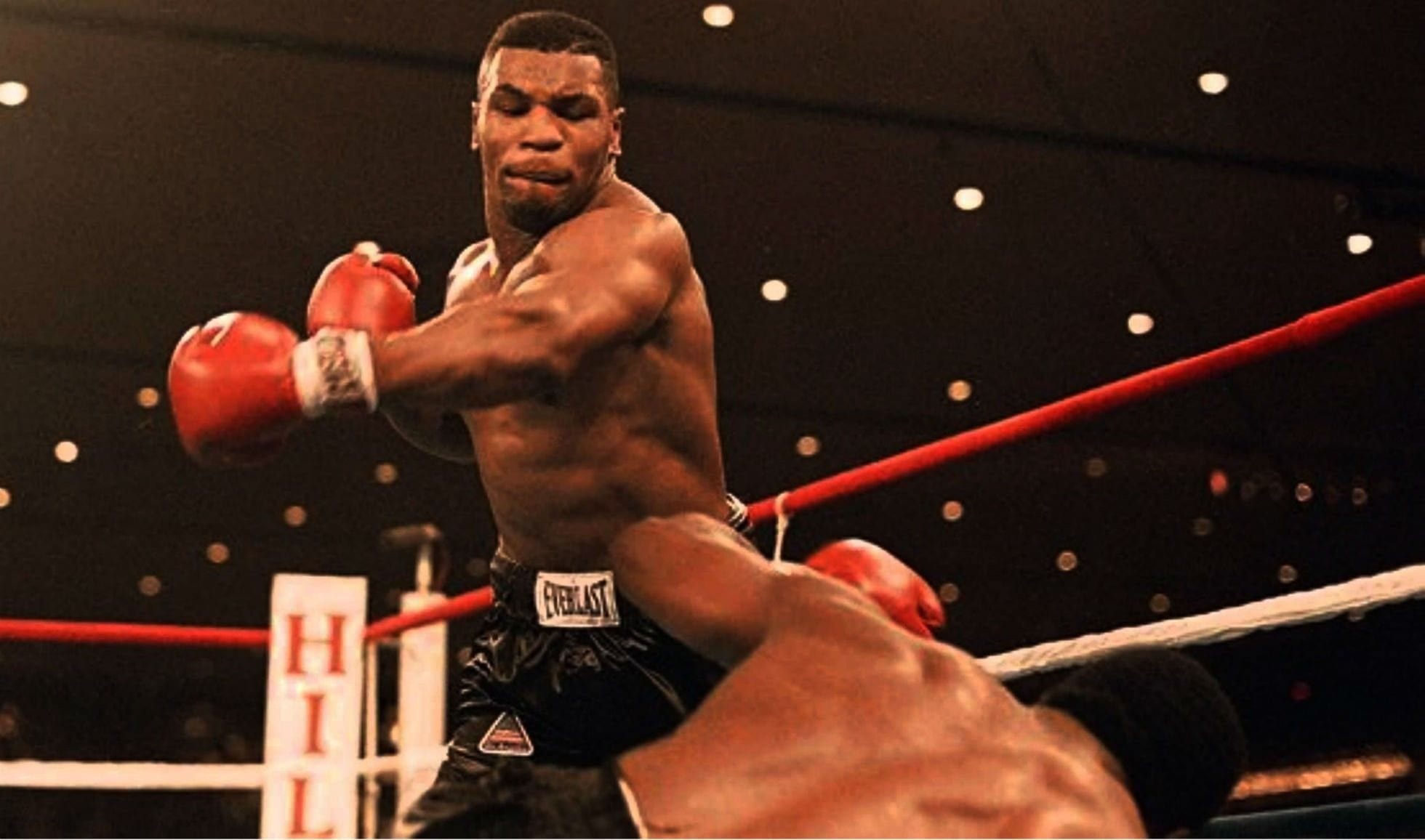 Mike Tyson during a boxing match

After getting trained, he won gold medals at the 1981 and 1982 Junior Olympic Games as an amateur. He entered the world of professional boxing at the age of 18 and won 26 of his first 28 fights by KO or TKO. Tyson rose to the heavyweight champion, and by then, he had already managed to gain massive media attention. Tyson had multiple records of knockouts, and most of the time his methods are extremely aggressive, and he ends up breaking his opponent’s nose a few times. He won the first 19 professional fights of his career by knockout, out of which 12 of them in the first round. In 1990, there was an epic fight between Mike Tyson and underdog Buster Douglas, where Mike gets knocked out in the tenth round losing the chance to win the undisputed championship in Tokyo. Mike was considered the most feared boxer in professional boxing at that time, and he remained undefeated in most of his fights, and the loss was described as one of the most shocking upsets in modern sports history. 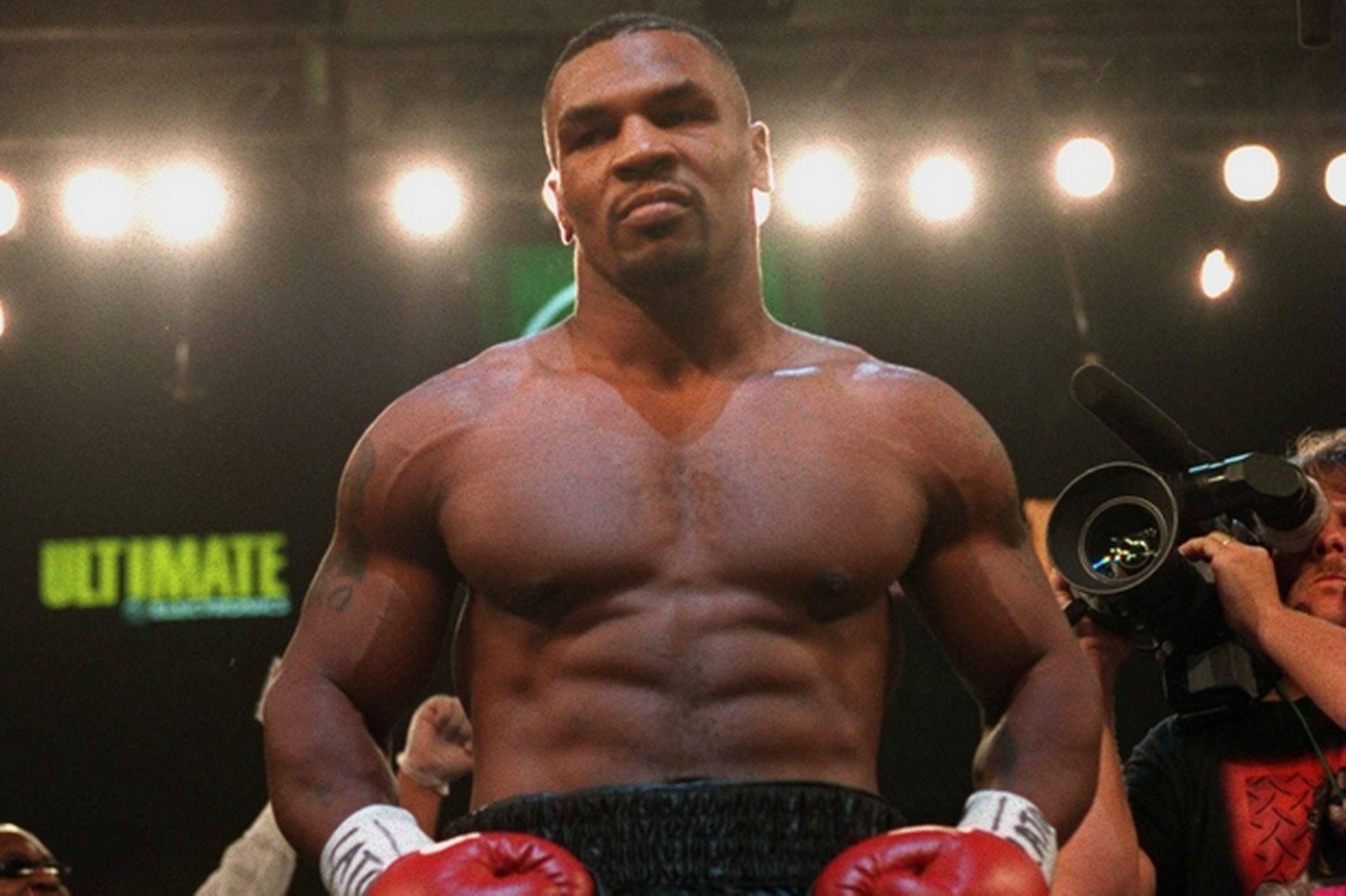 Though Mike took the defeat in a positive way, and he stated that the loss turned him into a better person and fighter. And surely he did as he made a powerful comeback and continued with his solid performances, including harsh and insensitive comments about his opponents, and he took retirement in 2005. He went bankrupt and revealed he was regretting his past life and is embarrassed by himself. Though he got arrested again for drug possession, and after he got released, he starred in a few movies.

Mike Tyson has an infamous dating history, according to the reports. Mike got married to actress Robin Givens in 1988 and got divorced a year later, and there were reports of serious physical and mental violence that Tyson caused her. He even shamelessly agreed on punching her in his autobiographical book, where he wrote “that was the best punch I’ve ever thrown in my entire life.” 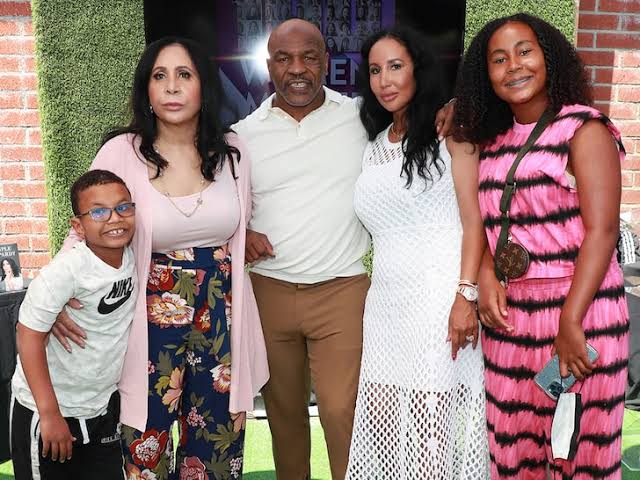 He got remarried in 1997 to Monica Turner and filed a divorce in 2003 where Monica claimed Mike cheated on her multiple times. The couple shared two children, a son Amir and a daughter Rayna. His next marriage was in 2009 Lakiha “Kiki” Spicer, his long-time girlfriend, however, the disgusting part is he got married only eleven days after his four-year-old daughter Exodus was found unconscious and tangled in a cord, and she passed away soon after.

In an interview, when he was asked about his marriage with Kiki he remarked “That’s why I got married three times, ’cause I can’t live without a wife. If I don’t have a wife, I’ll kill myself”. However, in comparison to his previous two violent and abusive marriages, his marriage with his current wife seems to be a bit different and sorted out. Mike also thanked his wife for bringing him back in his track, and make his life peaceful though, he had cheating rumors against her current wife too. He even flexed his unfaithfulness on a national broadcast. He is currently the father of six children Mikey Lorna, Miguel Leon, Rayna, Amir, Milan, and Morocco, and says that he still blames himself for not being there during the time of her death. 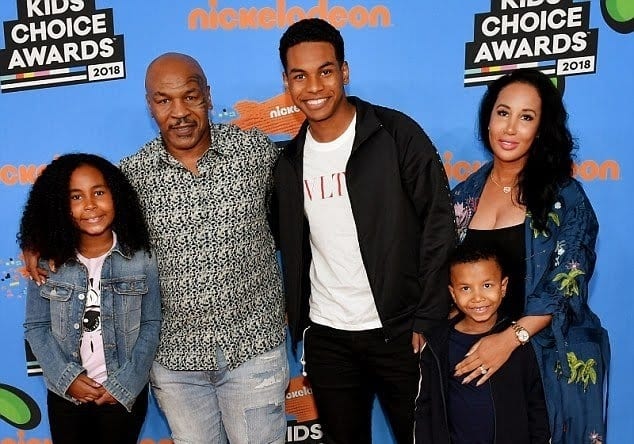 Mike Tyson and his family

However, an unknown fact about his wife Kiki is that she too, has spent time in prison, for being a fraud and taking away $71,000 from someone wrongfully.

After spending three years in prison for been proven to rape, he made a comeback in 1998, which was considered as 50 Greatest TV Sports Moments of All Time in 1998. His first comeback fight grossed more than US$96 million globally, and the viewing was purchased by 1.52 million homes. So you can assume the craziness and demand behind Mike Tyson, the boxer. He has multiple prestigious achievements in his life and was inducted into the International Boxing Hall of Fame and the World Boxing Hall of Fame. He was considered as the most ferocious and ruthless boxer of all time, and someone whom everyone is afraid to fight with. He could have undoubtedly been the highest-grossed player with a high bank balance, but his personality lost it all. 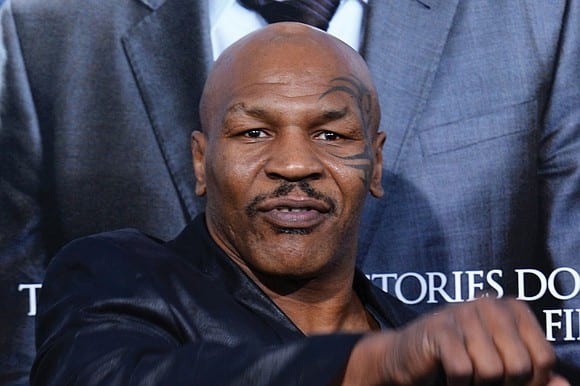 The same personality for which people looked up to him, became the same reason for his downfall. He was accused multiple times of adultery, abuse and was convicted a lot of times, which led him to go bankrupt. Mike even once threatened his opponent and remarked, “I want your heart, I want to eat your children.” He lost most of his money after lawsuits, fines and to make things worse, he is a lavish spender. He owns expensive mansions, cars, and illegal animals, which landed him up in further troubles, and in 2003, he filed for bankruptcy and was later revealed to the public that he was in debt for a large amount, $23 million.

Well, let us start with his early net worth during the time he was at the peak of his career. He took part in prestigious events, and due to his nature, his fights grossed the highest among the other boxers of his time. Mike owned nearly $375 Million only due to his fights, then there was more wealth that got added because of his brand endorsements. As he was a personality in demand, he received endorsements from renowned brands like Pepsi, Nintendo, Eastman Kodak, EA Sports, also including his television appearances. He also made guest appearances on WWE Wrestlemania, though we are not aware of the exact amount, it might be somewhat near to $15 million.

As we discussed earlier the reason why he lost so much fortune. The net worth of Mike Tyson is estimated to be nearly $10 million, out of which a large amount is due to his Podcasting, television, and movie appearances.