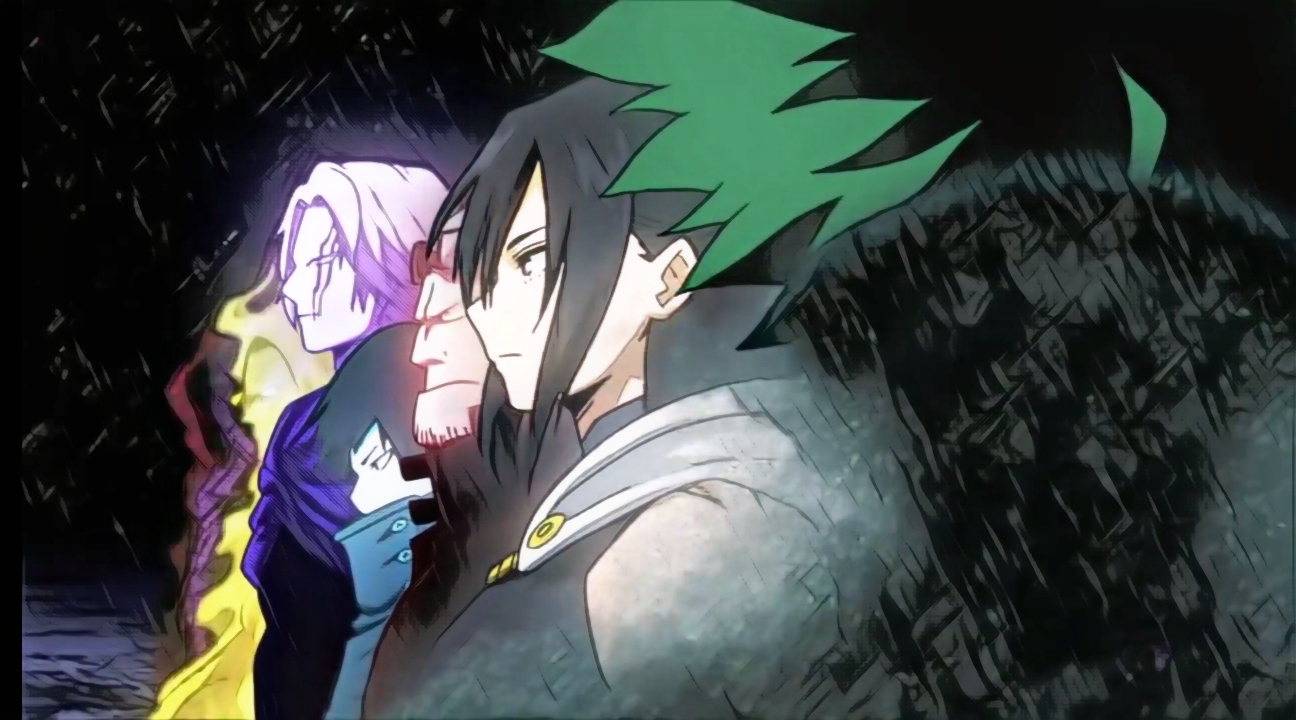 The 305th chapter of the My Hero Academia manga ended with another cliffhanger that has fans heated up over rages of discussions. Kohei Horikoshi has been teasing the fans with cliffhangers as such since the manga started. The latest chapter built up enough tension to blow up the entire anime community. Well, that is the effect of this high-selling manga, after all. A fifth season was announced to be released this spring. Of course, the manga is far ahead in the story, and it seems like this is where the real battle will begin.

Horikoshi might be building up the tension, but it’s kind of aesthetic how he is taking time to fill in all the details. Chapter 305 had some major moments of development that were necessary to progress with the plot. The next chapter might have a massive impact, but this chapter had a great set of information. We are seeing One For All in-depth and getting a chance to understand it along with Deku. Additionally, we get to have a glimpse into Tomura Shigaraki’s conscience. Chapter 305 continues with the same scenes of Deku’s subconscious mind from chapter 304. We get to see all the predecessors of One For All.

Spoiler Alert! This article contains major spoilers from Chapter 305 of the My Hero Academia manga!

My Hero Academia: Chapter 305– An Overview

Chapter 304 ended with Nana Shimura asking Deku if he can kill Shigaraki. Following this, Deku is told about the threat Shigaraki poses. Shigaraki is the successor of All For One. Once he gains all the power, Shigaraki would be undefeatable. During the last fight that Deku had with Shigaraki, he feels a crying child in Shigaraki’s conscience. The predecessors imply that even if he felt a crying child in him, Shigaraki is still filled with contempt as he has been brought up by All For One, who has only one goal in mind: to steal One For All.

We also learn that the user’s will plays the utmost important part in using One For All. The stronger the determination, the harder it gets to steal the power. If Deku has a weak will when it comes to killing Shigaraki, the evildoers will use it to their advantage and take One For All from him. Further into the chapter, we see Nana Shimura’s regret as she tells Deku about how it was her fault for leaving Shigaraki’s father in the first place that made him such a monster. She puts in a firm question towards Deku: “Can you tell me that you have the will required to save someone who wants to be saved but cannot be saved?” 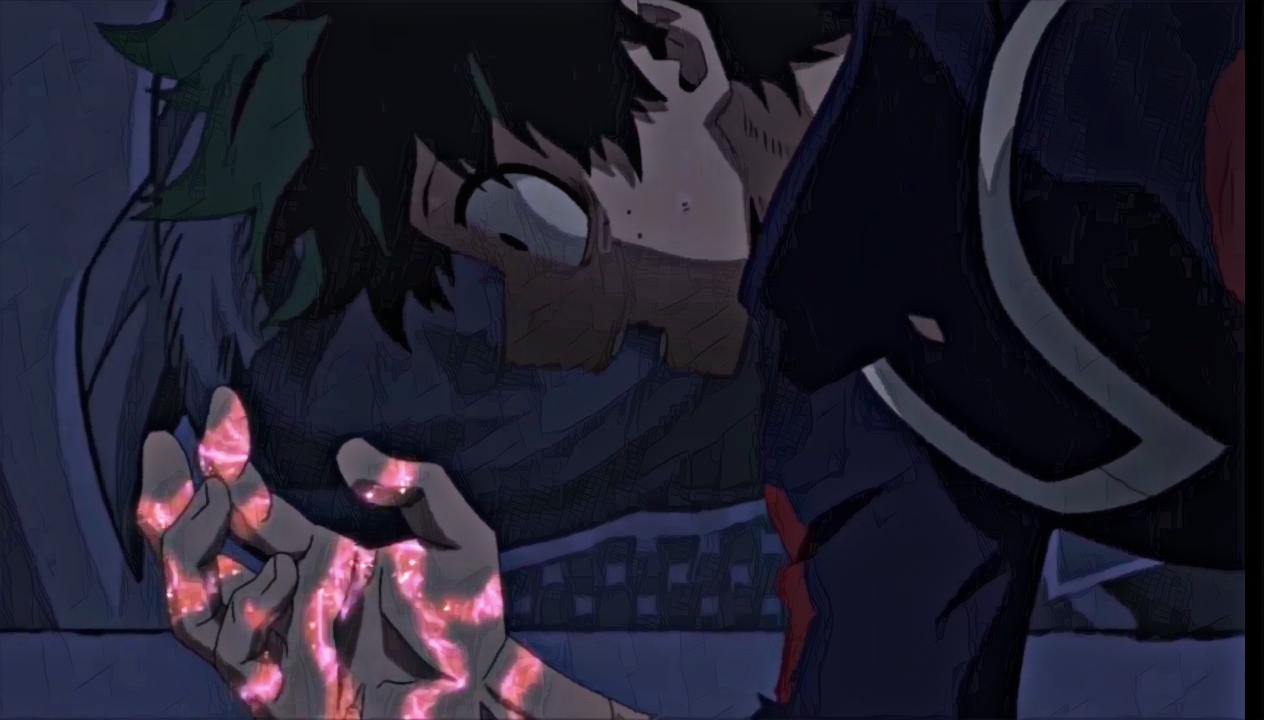 Deku activates his quirk after meeting the first user in his subconscious.- My Hero Academia, anime.

In chapter 305, we see Deku’s strict resolve to protect people rather than killing them. He wonders not about who the villain is but more about why they chose to become so.  Deku remembers the crying child he felt in Shigaraki that makes him want to save him. He has been fighting villains all this while, but he wishes that he could do something to save them instead. Also, he desires to follow All Might’s lesson where he learned that One For All is to save people, not kill them. He also points out how the previous users have saved countless people using this power, because of which he wants to save people too. At the same time, he understands that killing Shigaraki might be the only way to end this.

It turns out that the predecessors were testing Deku by presenting him with an option to kill. Seeing that he chooses to save over killing, they are ensured that One For All is in the right hands.

Towards the end, we see the first user turn towards the second and third user and ask them to tell Deku about their quirks.

My Hero Academia: One For All Predecessors

So far, we know the names of the fourth, fifth, seventh, and eighth users of One For All out of eight predecessors. They were all heroes in the past. However, there has been little to no information about the second and third users. Even in chapter 193, when Deku went into the subconscious, he could only see two shadows in place of those two users. 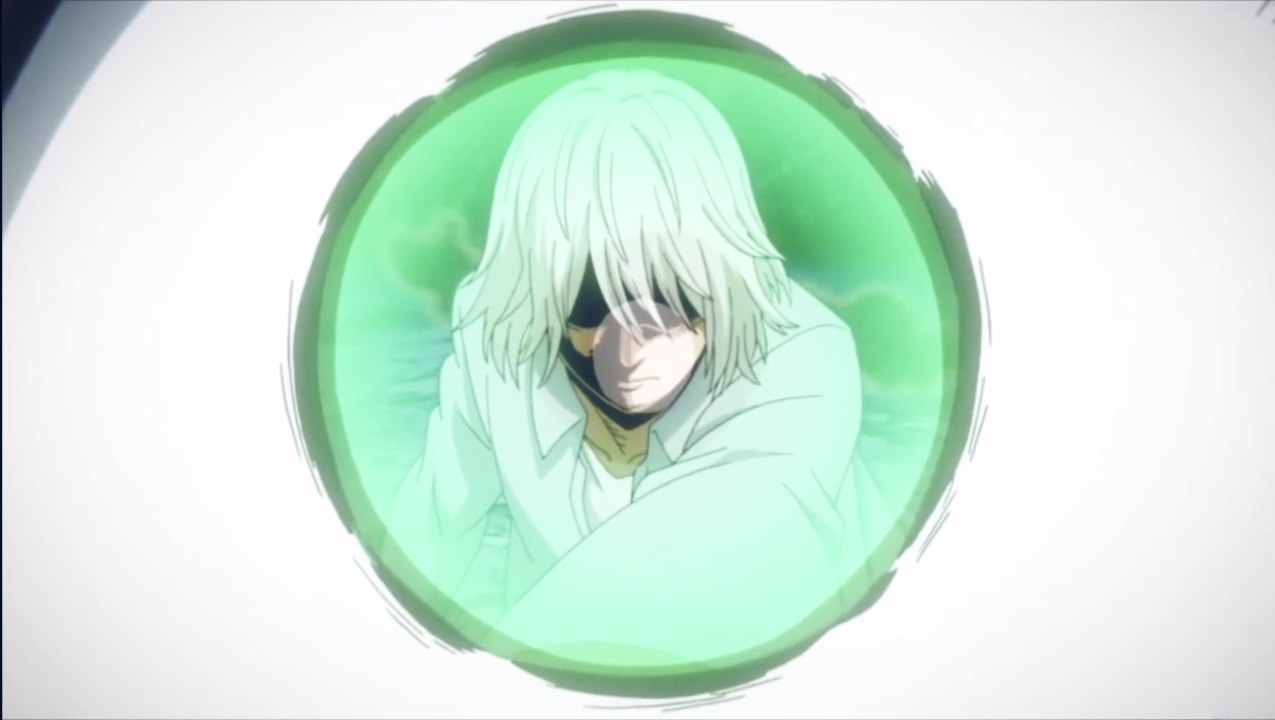 Deku meets All for One’s younger brother, the first user of One for All in his subconscious.

The Second and Third User

There is very little information about these two users. Whenever Deku sees the vestiges, he always sees them as shadowed figures. In chapters 304 and 305, while all the vestiges were seated, we see the second and third users standing behind with their backs turned. But, we do know they had another quirk besides One For All. At this point, knowing the identity of these two users is not enough. I would like to know why they were kept hidden from Deku for so long. I’m sure Horikoshi has a good reason for this.

One of these users has short spiked hair with two heavy weapons worn on the arm. It also seems like he has a good build.

The other user has long hair tied up into a ponytail. This user also wears a blindfold on his eyes. Can we assume he has some quirk that manifests from the eyes? Other than that, he wears bandages around his hands.

So far, this all the information we can derive from the few appearances that the two mysterious users have made in the manga.

The Fourth user of One for All was Shinomori Hagake, whose actual quirk was ‘Danger Sense.’ He was not a hero but a hermit who had explored the true potential of the power. He was also the one who discovered that One For All consumes the life force out of its user, and the only ones who can use it without harm are quirkless people. Shinomori Hagake passed One for All to Daigoro Banjo.

The fifth user of One For All was Daigoro Banjo. Banjo has a fun personality. His quirk is the Blackwhip, and he was very proud of it. Along with his funky personality, we see that Banjo has a certain accent. He also claims that All for One tried to steal his powers from him. Due to the difference in strength, Banjo died after a fight with All for One, but before dying, he passed his powers on to the next user.

Once again, the name of the user has left a mystery. The sixth user inherited his powers from Banjo, who was his senior. Banjo refers to this user as ‘kouhai,’ which is Japanese for an underclassman. His quirk is unknown but it does seem like it must be a strong quirk. All for One tried to steal One For All from the sixth user too. Before his death, the sixth user transferred his powers to Nana Shimura, the Seventh User.

The sixth user wears a jacket that covers half his face and a kind of wristband that I wonder if has any relation to his quirk. 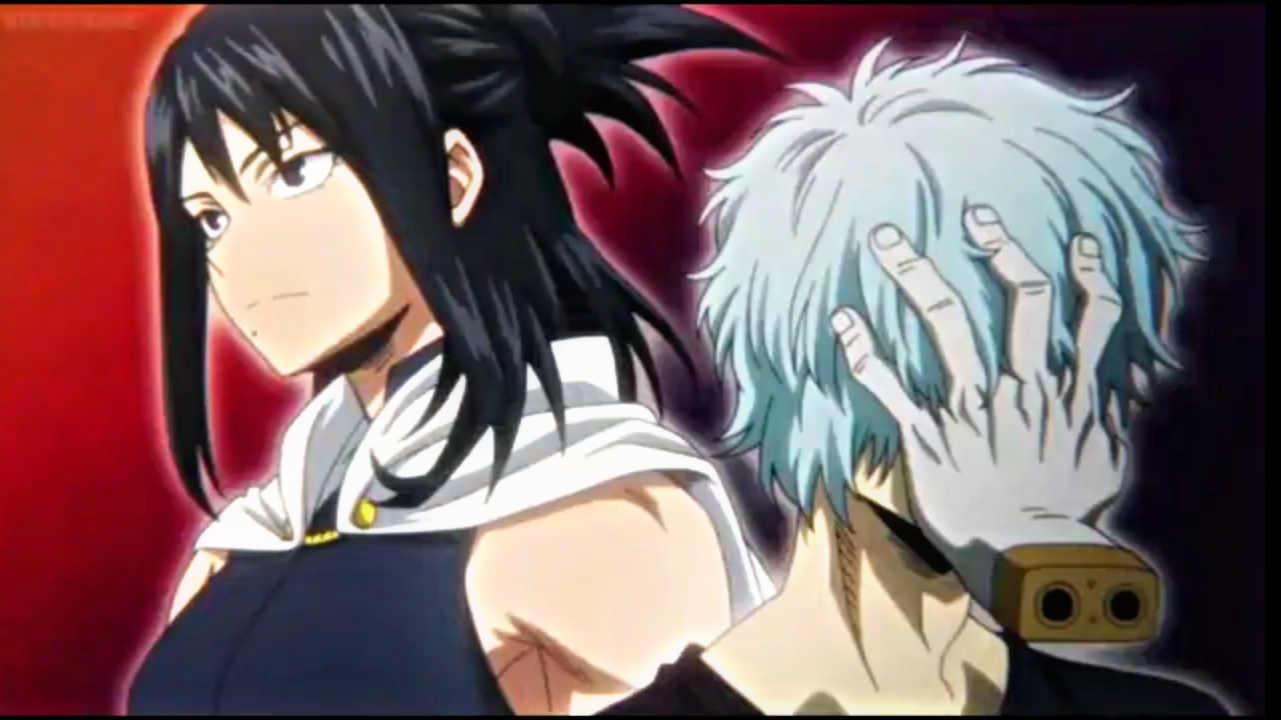 The seventh torch bearer of One For All was Nana Shimura, a pro hero with a strong sense of justice. She is portrayed as a beautiful, empathetic, and strong character who believed in smiling through troubles. Her original quirk was ‘Float’. Nana Shimura was also the mentor of Yagi Toshinori as well as a close friend to Gran Torino. She chose Yagi as her next successor and made him her vessel before her death during a fight with All for One. It also revealed that Shigaraki Tomura is her grandson.

The eighth user of the One For All quirk was Yagi Toshinori, having received the quirk from his mentor Nana Shimura. Yagi always wanted to bring peace into the world. Being born quirkless like Deku, Yagi later becomes the number one hero of the world, popularly known as All Might.

All the previous known users had a strong sense of justice, which make One For All seem like the power of righteousness. All for One has been craving to achieve this power for a long time now. Will he achieve his goals? Or will he finally meet his demise? My Hero Academia is reaching closer to its heated phase when we will see Deku finally rise up in full power. He has strong principles that he holds on to and which stop him from killing. However, will we get to see Deku ending up with blood in his hands despite his beliefs for the sake of the greater good? The only way to find out is by keeping track of the manga. The next episode is scheduled to release on the 21st of March 2021. You can check out the manga on Viz or any manga reading app on Google Play Store.