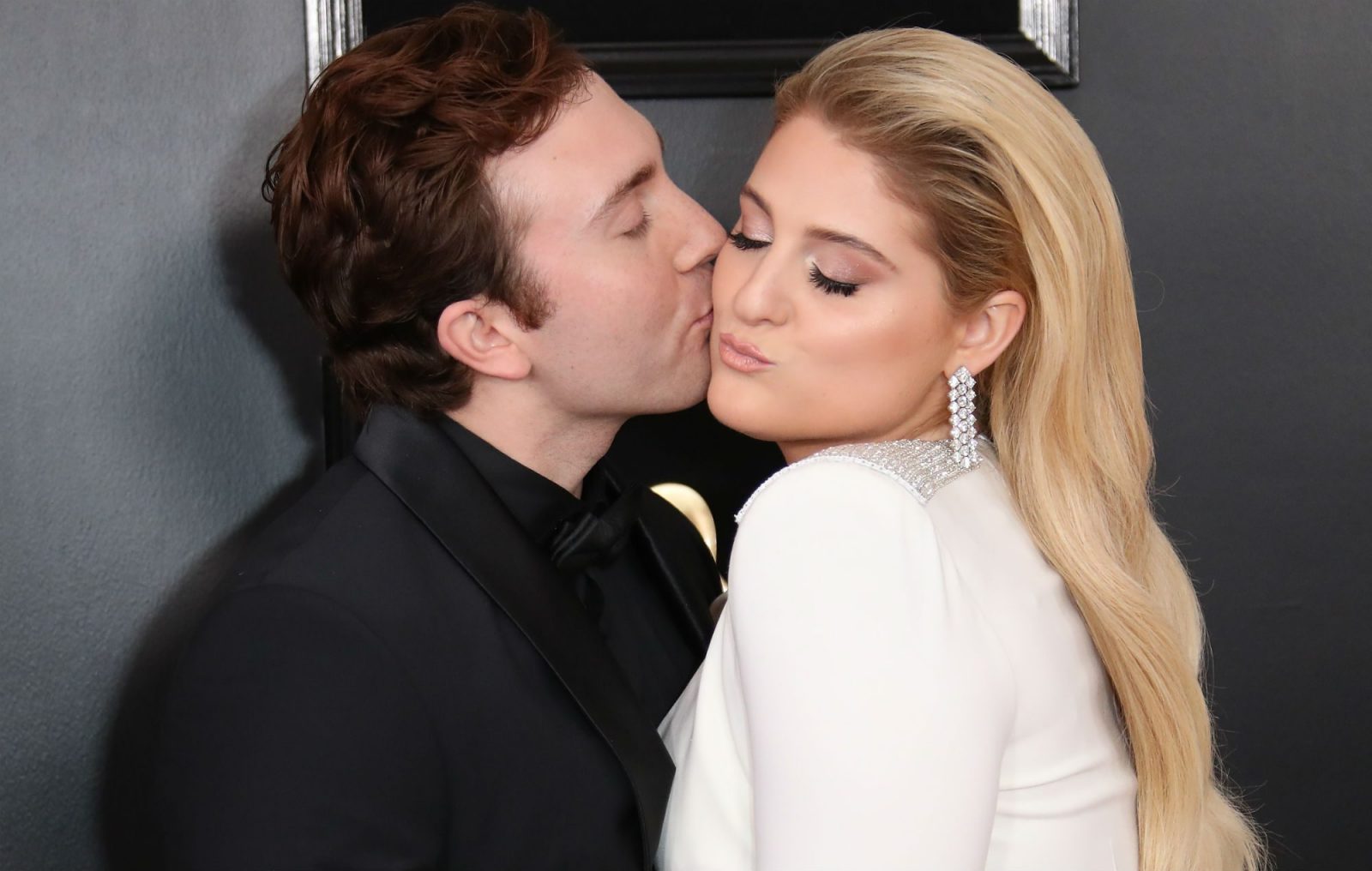 Who is the boyfriend of Meghan Trainor? The famous singer-songwriter Meghan Trainor is married. The couple has been married for almost three years. Meghan Trainor became popular after the release of her first hit song, All About That Bass. She is married to her good friend. In various interviews, Meghan has mentioned that her partner brings the best of her. The couple has a pretty good dating history which would make you fall in love with them. Before Sabara, Meghan had dated or, should we say, had a small fling for a brief period.

The love story between Meghan and her husband is like one of those fairytales. You would adore the couple as you more get to know them. Before marriage or even dating, Meghan and her husband were good friends for a few years. The blessing of finding a soulmate in your best friends does not bestow upon everyone. The couple has been admired by fans since their dating days. The couple has gone through numerous ups and downs together and stood like a strong pillar of support for each other. This year, the couple was blessed with a baby boy, adding one more member to their little warn family.

Also Read: Todd and Natalie Relationship: Are The YouTube stars Dating Each Other?

Who is the boyfriend of Meghan Trainor?

Meghan Trainor is married to Daryl Sabara. The couple becomes the center of attention wherever they go. People can’t help but admire the chemistry between these two. Everyone has their own love story, and the same goes for Meghan and Daryl. They have their own adorable love story to tell people. One of the interesting facts, the couple were good friends for a long time before they got romantically involved. Finding a soulmate in your best friends is a true blessing that is offered to this couple.

The pair first met in 2014 through an acquaintance who is none other than Chloe Grace Moretz. Trainor asked Chloe to set her up with the nicest guy, and there then Chloe introduced Daryl to Meghan. The pair hit it off immediately after their first date but still remained good friends for a few years. Like other celebrity couples, Meghan and Sabara also wanted to keep their relationship out of the limelight as long as possible and have normalcy.

Trainor announced their relationship on Instagram in July 2017, expressing her gratefulness for being with her for a year. That explains they first began dating in July 2016. The couple has gone through all dating stages- from being friends to lovers to fiancées and then married couple and now finally being parents. Before their relationship, Meghan had dated Charlie Puth shortly, and Daryl had Chloe Bridges, Taylor Dooley, Courtney Jines, and Emily Osment. But never their previous relationships were as beautiful as their present relationship with each other.

Meghan and Daryl are a perfect match for each other

Meghan and Daryl are truly match-made for each other. We rarely get to see a couple who has been together and so into each other. Therefore, people admire those celeb couples who stay through thick and thin. Trainor and Sabana couple is one of them. After meeting in 2014, they remained friends for two years before finally starting dating. In an interview, they said that their first date was actually a double date with Chloe and her then-boyfriend where they all four went out bowling, singing at karaoke. It was one of those innocent dates teenagers do. 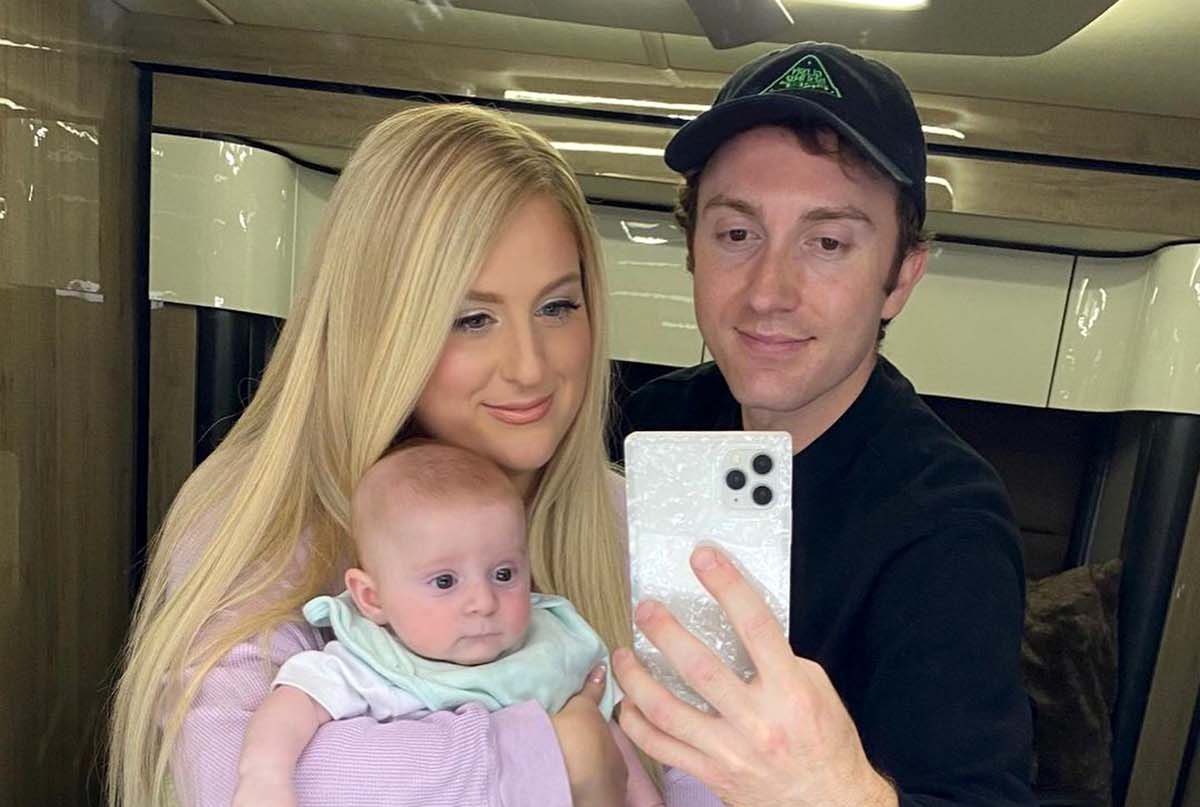 Meghan Trainor with her family

The pair decided to slow down and get to know each other for a couple of years, and that is one of the best things. There is that maturity, sweetness, where you get to know the person before falling in love with them. The pair eventually began dating secretly in July 2016 and announced their relationship a year later. Immediately after few months, they got engaged in December 2017. In various interviews, the couple showed their true nature, how they had been, how much they meant for each other. You could clearly see the admiration and love they both hold for each other.

On 22 December 2018, Meghan Trainor and her boyfriend got married. 22 December holds a special place for the couple as it is Meghan’s birth date, their engagement date, and even their married date. The couple has been so into each other that you can tell from their adorable PDA. After two years of marriage, the couple welcomed their first baby boy Riley Sabara in February 2021. The arrival of their little angel has completed their little family, and the couple couldn’t wish for more.