Let's welcome the gorgeous ladies of Brave Girls kpop group, who are ready to make you fall in love with them with their beautiful melodies! 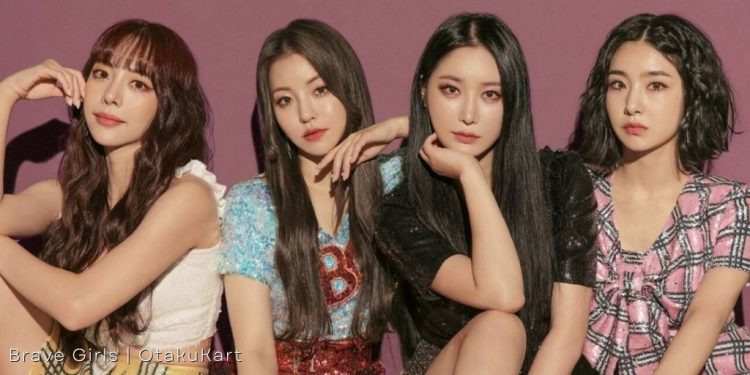 Here we have brought some interesting facts about the stunning ladies of Brave Girls kpop group! Surviving in the cutthroat competitive world of Kpop is not an easy thing! Many groups come but swipe away with the flow of time. However, some kpop groups withstood the tough waves of struggling. And Brave Girls is one of them! The South Korean girl group Brave Girls is a true example of the fruit of hard work. They have written down their own destiny, climbing the ladder of success with overcoming each hindrance!

The kpop girl group Brave Girls was formed by Brave Brothers and is active under Brave Entertainment. The group debuted in April 2011 with five group members consists of Eunyoung, Seo-a, Yejin, Yoojin, Hyeran, and Hayun. However, after all those years, Brave Girls underwent various lineup changes, leading to the current active members Minyoung, Yujeong, Eunji, and Yuna, who all become part of the Brave Girls kpop group in 2015. The current members’ journey was not a smooth ride. They have gone through all ups and downs together. However, their hard work has been paid off after the release of their famous EPs such as High Heels, Rollin’, Summer Queen.

The group’s recent work includes the repacked version of After ‘We Ride,’ their fifth mini-album with its lead track of the same name released in August 2021. As we know, Brave Girls are working every day to make your day special with their melodies. All you have to do is support them and become part of FEARLESS (fandom name), creating a glowing path towards their bright future! So let’s meet the beautiful ladies of Brave Girls kpop group!

Kim Min Young is the main vocalist and lead dancer of Brave Girls kpop group. She was born on 12 September 1990 in Incheon, South Korea. Like many kpop idol journeys, her was not an effortless ride from the start. After the band was formed, Minyoung joined Brave Girls in 2015.

As for her education, Min Young enrolled in Hanyang Unversity Dance Arts. Her love for dancing is expressed in various forms as she also has studied traditional Korean dance and ballet. Even though Minyoung is known as the funniest member of Brave Girls, she also showcases her different charms by being the main speaker of the group. Her confident appearance gives off different vibes!

Nam Yu Jeong was born on 2 May 1991 in Suwon, South Korea. Her position is a vocalist and visual of Brave Girls. Like Minyoung, Yujeong also joined this beautiful journey in 2015. Truly, she is a beauty with brains! She enrolled in the Department of Media Communication at Sungshin Women’s University. Previously she also studied in an international in Hong Kong and thus can even speak English.

Her love for singing is transparent as she loves listening to music and is a huge fan of Rain. Yujeong had participated in the KBS’s survival variety show ‘The Unit’ with her group member, Eunji, where she ranked 37th. Unlike her adorable breathtaking appearance, which oozes of grateful lady, Yujeong is actually a prankster of the Brave Girls kpop group!

Hong Eun Ji is the main dancer, main rapper, and vocalist of Brave Girls. Eunji was born on 19 July 1992 in Yeosu, South Korea. She also joined the group in 2015 with the other members. From the beginning, her interest in music never changed since she had enrolled in Myongi University Film and Musical.

Eunji is best known for her clumsiness and being the most talkative person in the group. With Yujeong, Eunji had participated in KBS’s ‘The Unit,’ ranking 48th in the survival show. Some fans may not know, but she has been featured in the promotion of Spring by Park Bom. Just like the other group members, Eunji glows most while singing which is her passion!

Lee Yu Na is positioned as lead dancer, rapper, and the lead vocalist of Brave Girls kpop group. Yuna was born on 6 April 1993 in Jeju, South Korea. Born in 1993, it makes Yuna the maknae of the group. Opposite to her maknae position, she is well known for her charismatic appearance and boyish feature. With all three members, Yuna also became a part of Brave Girls in 2015.

Unlike her tough look, Yuna loves reading poetry, drawing, and photography. However, her love for horror movies is limitless. She also stays most active on social media and informs her teammates about fans’ views, opinions, and all. Furthermore, Yuna had participated in KBS’s survival program, ‘The Unit.’ Unfortunately, she did not pass the audition. Despite this, she never gave up on her dream, and thus here she is now with the other members of Brave Girls kpop group, creating her dazzling future!

Coronation Street Emma’s Boyfriend: Who Is Her Love Interest?