What To Expect From McDonald & Dodds Season 2 Episode 2? 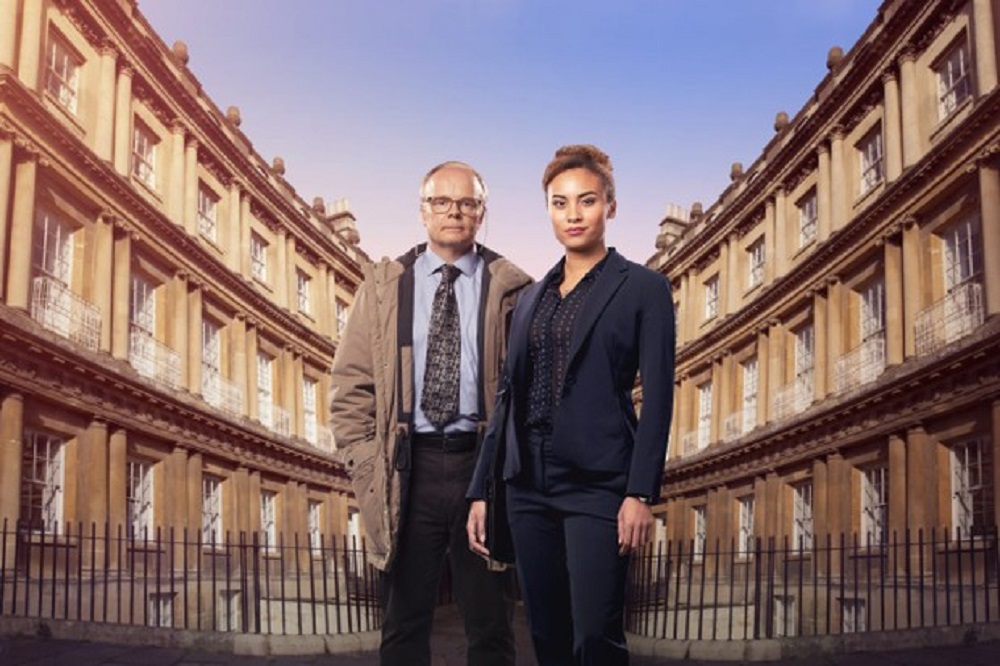 "McDonald & Dodds" Season 2 Episode 2 is coming out soon and here's all you need to know.

“McDonald & Dodds”, the British crime drama TV series is back with its second season and is soon going to release its 2nd episode. Created by Robert Murphy, the series is based in Bath, England. The series premiered on 1st March 2020 and received some great reviews. People appreciated the series very much as it gained around 6.7 million viewers on its debut itself. Consequently, the series was renewed for another season and the showmakers planned to release it after a break of one year. Therefore, it is back to impress its fans once again and show us a new batch of crime drama stories. So, let us dive right into the article ahead to see everything there is possibly to know about the show.

Absolutely LOVE the new mystery/detective show McDonald & Dodds on @BritBox_US Every second is full of gorgeous scenes of Bath, and the main characters are a winning combo. Can't wait for season 2!

McDonald & Dodds are back. Season 2 starts tonoght at 8pm. Remember to have your magnifying glass at the ready, ha ha. #mcdonaldanddodds#Season2 🔍🕵🏼‍♂️🔍🕵🏿‍♀️ @WeAreSTV @ITV https://t.co/4kITiet6dQ

“McDonald & Dodds” is a British crime drama series whose story is set in Bath, England. Bath is the largest city in the country of Somerset. Robert Murphy was the creator of the series whereas Amy Thurgood produced it. Preethi Mavahalli and Damien Timmer were the executive producers with Mammoth Screen being the production company behind the series. The show is telecasted weekly on ITV at 8 PM. A trailer for the series was also released on a YouTube channel almost a year ago. It has already crossed 41k views. You can click to watch it below. The series revolves around an introverted and mysterious Detective Sergeant and wildly aspiring Detective Chief Inspector. They both partner up to find the answers to crimes in the historic city of Bath. Their bonding or relationship is quite unique which makes them unique and hence, the viewers are keen on watching it.

Anyhow, let us talk about episode 2 of the second season that will be coming out soon. The upcoming episode has been directed by Rebecca Rycroft. She has been a part of many movies like “Gap Year”, “Bucket”, and “Sunny D”. Anyhow, the story of the second episode is going to be quite unique. A birthday weekend will become catastrophically wrong. Angela her four other friends travel down to Bath from Glasgow to celebrate there. Consequently, the celebration will fail epically and this will lead to another crime mystery that McDonald and Dodds will solve together. Many guest stars will be joining the cast of the second episode. So, let us have a look at the entire cast for the second episode of Season 2.

Tala Gouveia as DCI McDonald: Tala Gouveia is a British actress. She is best known for her works in “Cold Feet”, “Go Jetters”, and “Click & Collect”.

James Murray as Chief Superintendent Houseman: James Murray is an English fundraiser, artist, and actor. He has been a part of many famous movies and series like “Phoenix Blue”, “Cutting It”, and “6 Underground”.

Jack Riddiford as DC Darren Craig: Jack Riddiford is a British artist who rose to fame from the movie “Dunkirk”. Some of his other works include “Murder on the Orient Express”, “Journey’s End”, and “Guns Akimbo”.

Lily Sacofsky as DC Milena Pachiorkowski: Lily Sacofsky is a British actress. She is best known for her works in “Sanditon”, “Bancroft”, and “Summer of Rockets”.

Shelley Conn as a guest star: Shelly Conn is an English actress who became popular from her role of Kerry Jamil in “Down to Earth”. Some of her other works include “Attachments”, “Heartbeat”, and “24: Live Another Day”.

Natalie Gumede as a guest star: Natalie Gumede is an English actress best known for playing the character of  Kirsty Soames in “Coronation Street”. Some of her other famous works include “Free Rein”, “Ideal”, and “Clubbed”.

Sharon Rooney as a guest star: Sharon Rooney is a Scottish actress who rose to fame from the series “My Mad Fat Diary”. Her other works consist of “Dumbo”, “Two Doors Down”, and “Brief Encounters”.

John Thomson as a guest star: John Thomson is an English actor and comedian. He is popular for being a part of shows and movies like “Inkheart”, “Skins”, and “A Confession”.

McDonald & Dodds Season 2 Episode 2 is going to release on 6th March 2021 at 8 PM GMT. You can tune in to ITV to watch the episode at the same time. However, if you are unable to watch the episode due to some reason, we have an easy solution for you. You can stream the episode on the official website of BritBox or ITV. Moreover, after a month or two, the episodes will probably be released on DVD and Amazon Prime Video as well. So, brace yourselves as the DCI and DC come together to solve yet another puzzling case. Until then, let us know what do you think will happen in the upcoming episode and whether McDonald and Dodds will be able to work it out.