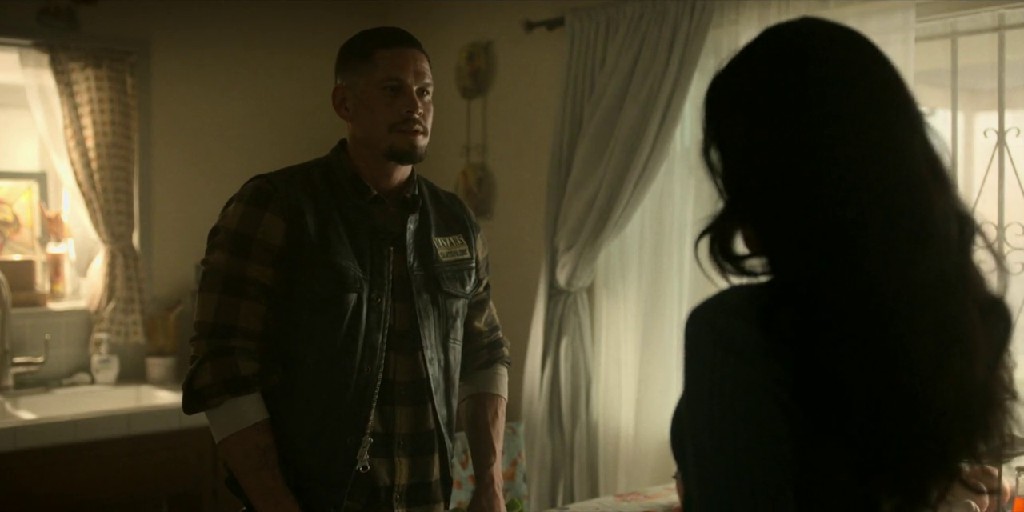 Mayans M.C. Season 3 Episode 9 is bringing in more revelations and showcases of trust and betrayal. EZ and Gaby’s relationship has taken an accidental bump. Especially when he unintentionally rose a hand on her during a tussle. Another crack in the relationship is Leticia and her father, Coco due to his drug abuse. Furthermore, Bishop is planning to take the final member of Stockton down to make the M.C. solely Santo Parde’s. Hit by his mother’s death, Miguel investigates the matter but has found someone unexpected as the culprit. Someone dear to him. Where will the road lead him?

As Mayans M.C. is coming to a closure, Bishop is focused on the reckoning he promised previously. But the other members are also dealing with their own problems. Let it be, EZ and Gaby taking new steps, Angel having a rough time, Nails dealing with pregnancy, and Coco looking forward to cleaning up. Where will this go down? Let’s take a look a what happened previously on the show and what we can expect from the upcoming Mayans M.C. Season 3 Episode 9

Previously on Mayans M.C., we opened up to Coco almost dying of the drug overdoes. But Leticia and Hope manage to save him using a  syringe to reverse the effects of the dose. On the other side of things, we see Nails throwing up in the bathroom until Hank arrives to comfort her. Thus, stating to her, she can trust him. In return for the trust, she reveals the reason she is throwing up is that she is pregnant with Angel’s baby. Nail promises her to help any way she wants. 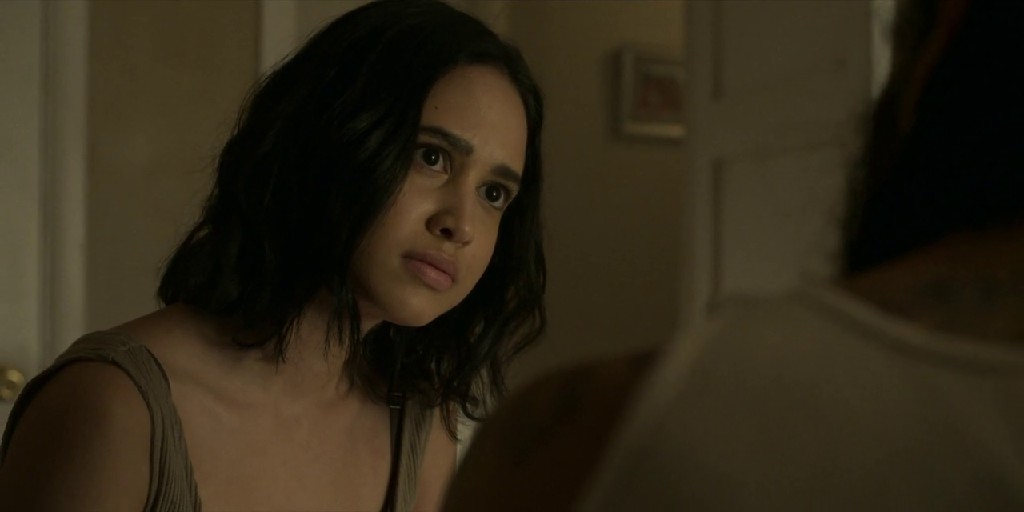 Gaby reveals to EZ about getting into the nursery. As they celebrate, in his own apartment, Angel thinks about his dead son with Adelita. He gets ready for dinner and comes across one of Adelita’s shirts only to throw it away. Elsewhere Miguel is packing up his mother’s room and thanks to Emily for waiting. Coco reveals to Leticia about he and Hope are planning to clean up. Still, it doesn’t matter to Leticia. Hope later apologizes to Leticia, but she is not forgiving. She asks if she will clean up for Coco, and the look is not comforting.

Angel arrives for brunch but in quite a bad mood. He questions Gaby about everything relating to starting a family with EZ to wearing their dead mom’s apron. He goes aggressive, leading to a tiff between brothers before leaving. Palo meets El Banquero, offering him a chance to be wealthy, whereas Miguel learns about his mother’s death.

The One King, Miguel’s Investigation and More

Bishop is pissed with Coco’s disappearance and warns Gilly of kicking him out. The guys discuss their mission coming to circle and EZ’s solid plan killing to big names of Stockton. Now once Canche is gone, Bishop will be the only king. Hank, on the other hand, asks his mother to invite Nails for dinner, which she whole-heartedly allows. Palo’s sister and Tazza have a talk on David’s death as well. 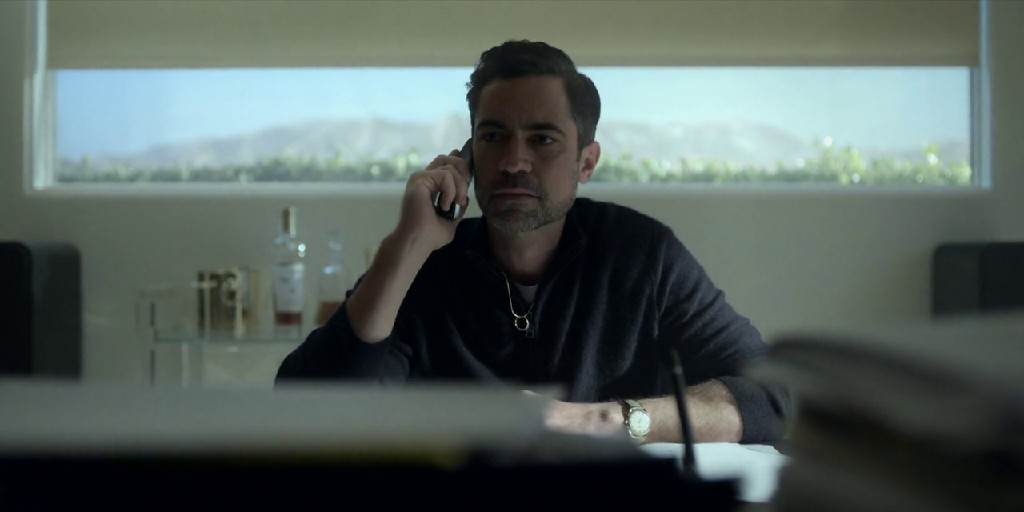 Miguel continues his investigation for her mother and approaches Maria, the housekeeper. Thus, learning about some dark things about Emily. EZ and Gaby get over EZ’s favorite place and asks her to follow her dreams, and promises to never get shot again. Miguel returns home to make love with Emily, only to be left in tears. 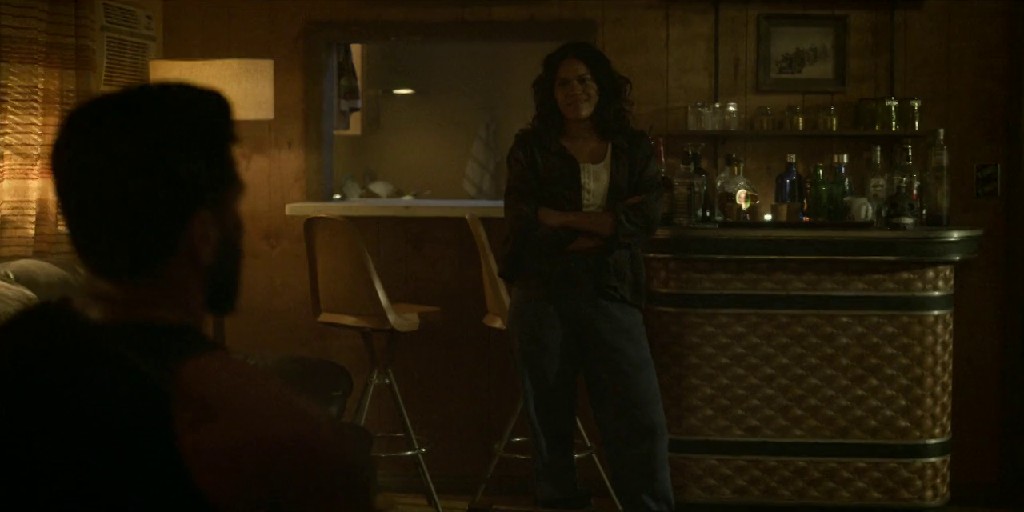 Angel feeling lonely, calls Nails and bashes her up too. Nails finally reveals her pregnancy. Palo works out a deal with El Banquero. Elsewhere, EZ and Gaby are ordering ice cream with cops surrounding them. EZ is on a call with Bishop. That’s when two men come to Gaby harassing her. Until EZ steps in and beats one of them, and Gaby tries to stop him. He accidentally attacks her, and cops saw this and arrive to arrest him.

Mayans M.C. Season 3 Episode 9 is releasing on 4 May 2021 and will air on FX at 10/9c. One more episode to go until the third season wraps up. A new episode will also arrive next Tuesday following the ninth episode. Mayans M.C. Season 3 Episode 9 will also be available to stream on  Hulu once it’s finished airing. You can also buy or rent the episode from video-on-demand services such as Amazon Prime, iTunes, and Vudu. Check out the 30-second promo for the ninth episode of the third season of Mayans M.C. below.

Mayans M.C. Season 3 Episode 9 is titled “The House of Death Floats By”. The official synopsis of the episode doesn’t give away much. It states the fact that a new member might be joining the club. Plus, Miguel is furious after learning about Emily’s involvement in his mother’s death. So will be taking drastic measures as well.

Furthermore, we will learn more about where the road leads for EZ. The cops arrested him in the final moments of the previous episode. From the promo, it seems he will be released. But will he earn Gaby’s trust again after accidentally raising a hand on her previously? Angel, on the other hand, finds new life with his baby inside Nail. So a new relationship is also blooming. Will all these be obstacles in Santo Parde’s path to become the one sole MC of Mayans. All in Mayans M.C. Season 3 Episode 9.