Mary Mouser is currently in a romantic relationship with actor Brett Pierce. 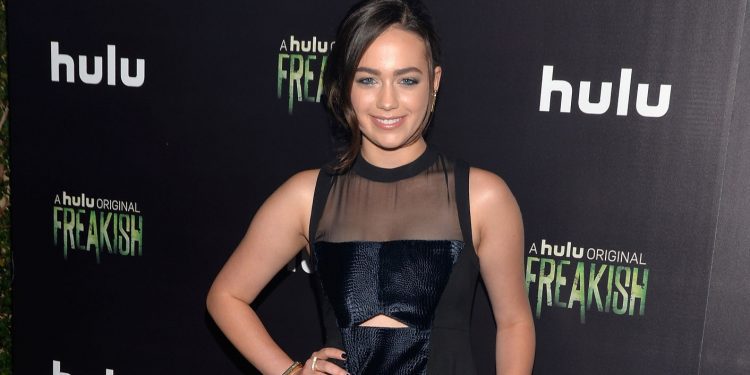 Mary Mouser is a popular American actress who is best known for her role as Samantha LaRusso on the Netflix series Cobra Kai. Mouser is also known for her role in ABC’s Body of Proof. She also made her appearance to play the role of “Karen Grant,” the daughter of Fitz and Mellie, in Season 5 of Scandal. Mary Mouser’s full name is Mary Matilyn Mouser. Mouser was welcomed to the beautiful world on May 9, 1996, in Pine Bluff, Arkansas. At only 25 years of age, she gained immense fame and fortune. Her acting is so good that people love to watch her movie and tv shows. In addition, people are also curious to know about her net worth, personal life, assets, height, weight, and awards. In this article, we have talked about Mary Mouser’s Net Worth, career, and personal life.

Mary Mouser was born in Pine Bluff, located in Arkansas. Mary’s height is 5 feet 3 inches which is 1.6 meters. The name of her father is Scott Mouser, whereas her mother’s name is Tina Mouser. Mouser’s father, Scott, is a businessman, and her mother, Tina, is a housewife. She also has a brother and sister. The name of her brother name Aaron Parker Mouser and her sister’s name is Laura Ashley Mouser. Both her siblings work in the acting industry. In 2009, she was diagnosed with type 1 diabetes. The name of her boyfriend is Brett Pierce, who has been with her since December 2015.

What is Mary Mouser’s Net Worth? The estimated net worth of Mary Mouser is around $2 million as of 2021. Mouser’s main income comes from her acting career. She started her career as a photo double for Abigail Breslin’s character in Signs when she was just six years old. She has also appeared in recurring roles in Me, Eloise, and Life Is Wild.

In 2008, Mouser was nominated for two Young Artist Awards, one for her role in the television film “A Stranger’s Heart” and the other for her role in the television series Life Is Wild. She was nominated for this award in the “Best Performance as a Supporting Actress” category. Despite her busy schedule, she is actively involved with the charity Juvenile Diabetes Research Foundation (JDRF). It is one of the largest charitable foundations for type 1 diabetes research.

Also Read: Alexa Bliss’ Net Worth: How Much Does The Wrestler Earn?

Who Is Mary Mouser Dating?

Mary Mouser is currently in a romantic relationship with actor Brett Pierce. They have been together for almost six years. Pierce first met her on November 11, 2015, at a party. The actor Brett Pierce from the pop comedy TV series “This Just In” became attracted to her when they crossed their paths. Soon after, they started dating. On December 19, 2015, Pierce took a relationship a little further and asked Mouser to be his girlfriend. He arranged a day at Disneyland where he asked her to be his girlfriend. The couple celebrated their five years of togetherness in 2020. They also shared photos from their five-year journey with their fans and well-wishers.

Mary Mouser has been interested in acting since childhood. She received her first career break at the age of six when she was selected as a photo double for the role of Abigail Breslin in “Signs”. Mouser starred as a child-lead in the original Hallmark Channel film, A Stranger’s Heart, and voiced Eloise in Starz Kids & Family Eloise: The Animated Series. Apart from acting, Mary has also lent her voice in animated films such as Dragon Hunters, Tarzan 2, and Pompocco. She is also a voice actress. She also portrayed the role of Samantha McKay as Grady McKay’s younger sister in the radio drama series Adventures in Odyssey.

Mary also starred as a guest in CSI: Crime Scene Investigation, Without a Trace, The King of Queens, Monk, Inconceivable, Scrubs, One Life to Live and also played a recurring role in NCIS as Leroy Jethro Gibbs Kelly’s daughter. She had a regular role as Mia Weller in 13 episodes of CW’s Life Is Wild. She also played the character Madison in Lie to Ghost Whisperer and Me. At the Best of Fest Award at the 2006 KIDS FIRST Film and Video Festival, she received the award for outstanding performance for her voice in Eloise: The Animated Series.

She played the role of Dana Delany’s daughter Lacey Fleming in the ABC medical drama Body of Proof. She played Savannah O’Neal and Emma Reynolds in the 2012 Disney Channel original film Frenemies. In 2018 she played the role of high school and karate student Samantha (Sam) La Russo in the series Cobra Kai, which was first published on YouTube Premium, then on Netflix. She is part of the main character in the series Cobra Kai. Apart from television and movies, she can be seen in episodes of Mind Field (S2 E5) on the VSauce YouTube channel.