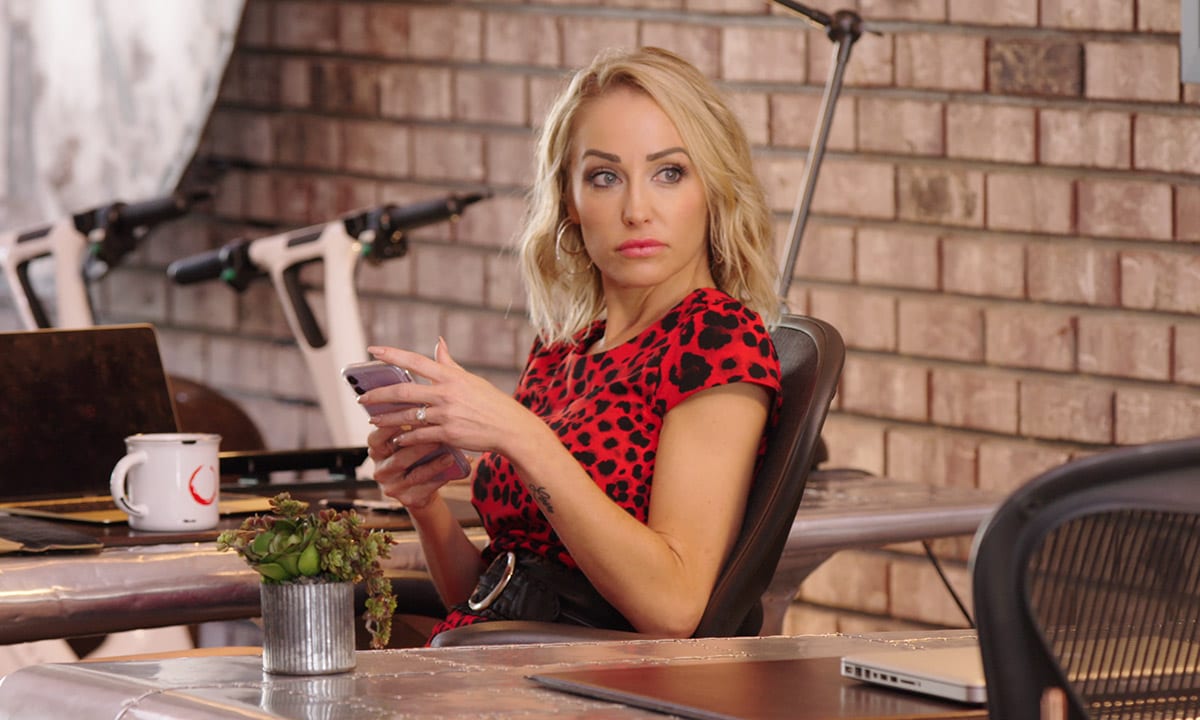 Selling Sunset is Netflix’s yet another addition to its plethora of reality television shows. Created by Adam DiVello, the show revolves around the Oppenheim Group. This group is a very high-end real estate brokerage firm in Los Angeles that caters to the most exquisite of clients. The show follows a group of agents within the group as we see them navigate their professional and personal lives. The first season aired back on 21st March 2019 with eight episodes, while the second and third seasons got aired on 22nd May 2020 and 7th August 2020, respectively. Subsequently, on 11th March 2021, Netflix has announced that the show will, in fact, be returning for an additional two seasons. Regarding this renewal and some other spicy stuff, Mary Fitzgerald has given us just enough talking points to discuss the forthcomings of Selling Sunset Season 4.

Selling Sunset is returning for its fourth season, but as things may stand, according to social media, not everyone will return to the show. With lots of drama surrounding the Oppenheim Group, we will see some absentees in the show along with probable new faces. We will be witnessing new relationship dynamics within the cast members. And how some of the severed relationships crack deep or finally get resolved. Anyway, all this drama has the fans wait eagerly for the upcoming season, and according to our sources, it won’t be too long until we see our favorite realtors back on-screen.

Mary Fitzgerald is one of the prominent cast members of Selling Sunset. Along with that, she is also the Oppenheim group’s top real estate agent. She is often known for being the chilled-out and career-oriented star of the show. But she does it rightly so, as she has handled some seriously impressive listings.

When Mary Fitzgerald found out that Selling Sunset was being renewed for two more seasons, she was thrilled. To think that the show has become such a hit and garnered such a loyal fanbase is ecstatic. Moreover, Netflix picking the show back up for additional seasons is something she can hardly tell if it is real. She could only grant her thanks to her crewmates as well as Netflix for doing this honor. The only reason that the show jas been pushed back by this much is COVID-19 restrictions. According to Mary, the real estate prices have only gone up with the increase in people wanting to move to larger spaces. Nevertheless, filming hasn’t started yet and only now has everything started to get back to normal. 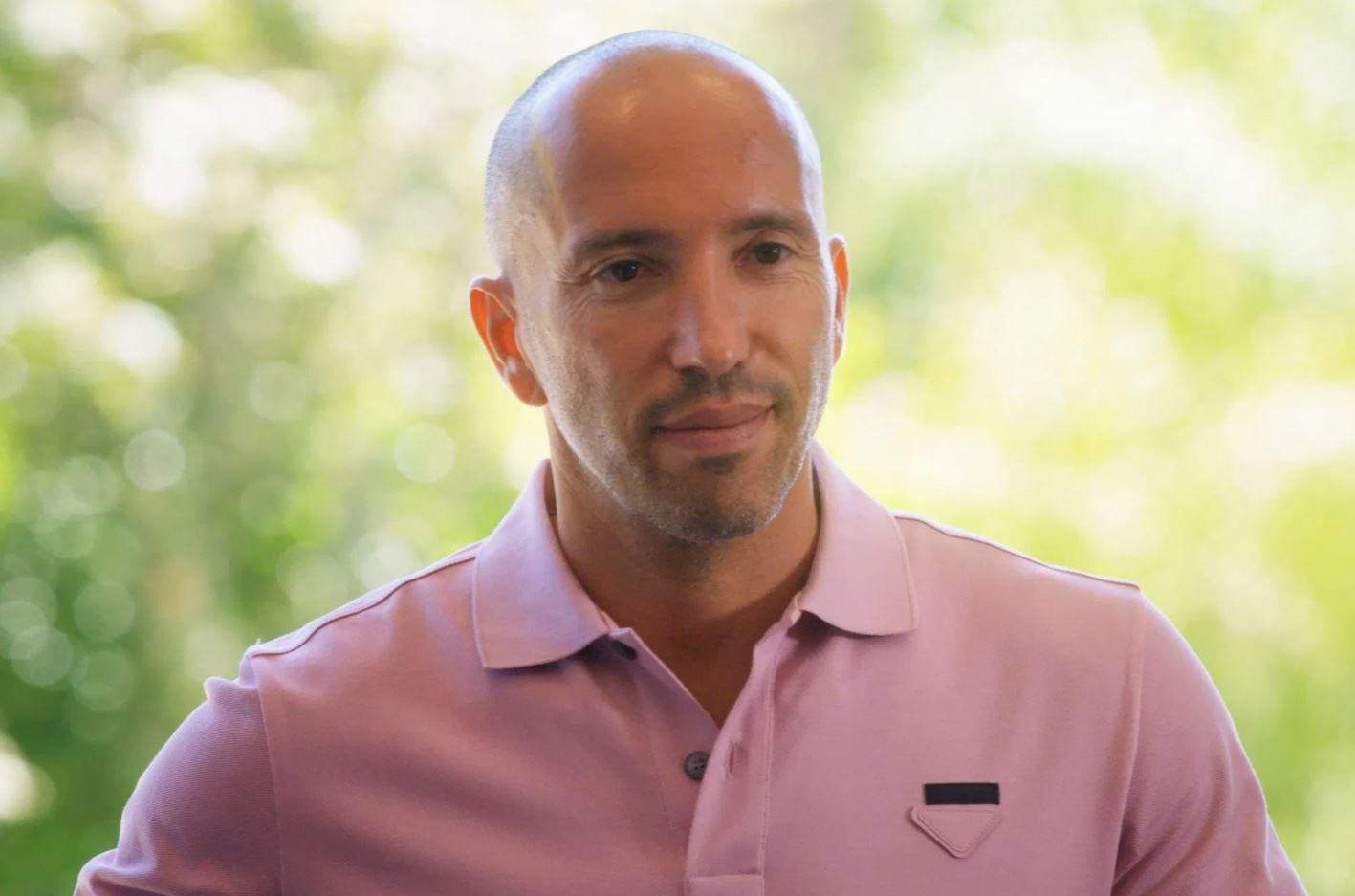 And as for the new filming process, Netflix hasn’t confirmed everything with the cast and crew members. But, given the current climate, it should have some restrictions curtailing COVID-19 protocols along with safety precautions and regular testing. It does amount to some major sum of money. Therefore it may take some more time for the planning process. With only a few weeks left for the filming to begin, this information has been confirmed by other cast members such as Christine Quinn as well. The show will return with future installments, as revealed by Mary confirmed by her boss and ex-boyfriend, Jason.

What will be the cast for Selling Sunset Season 4?

Now that Selling Sunset is about to return, we are sure to see Mary Fitzgerald, her husband Romain Bonnet, Chrishell Stause, Maya Vander, Heather Rae Young, Amanza Smith, Christine Quinn, and Jason Oppenheim. The doubtful cast members to return were Brett Oppenheim and Davina Potratz as they left the Oppenheim Group. But apparently, both of them are set to return for the next season. Brett will be pursuing his career in a new brokerage while Davina got signed up with Oppenheim Group rival company Douglas Elliman. As of now, Mary has no idea how the show will handle her filming after her departure. But Mary Fitzgerald does believe that everyone will be returning for Selling Sunset Season 4. It is just that she is unsure how things will work out, considering that she hasn’t yet spoken to Davina yet. 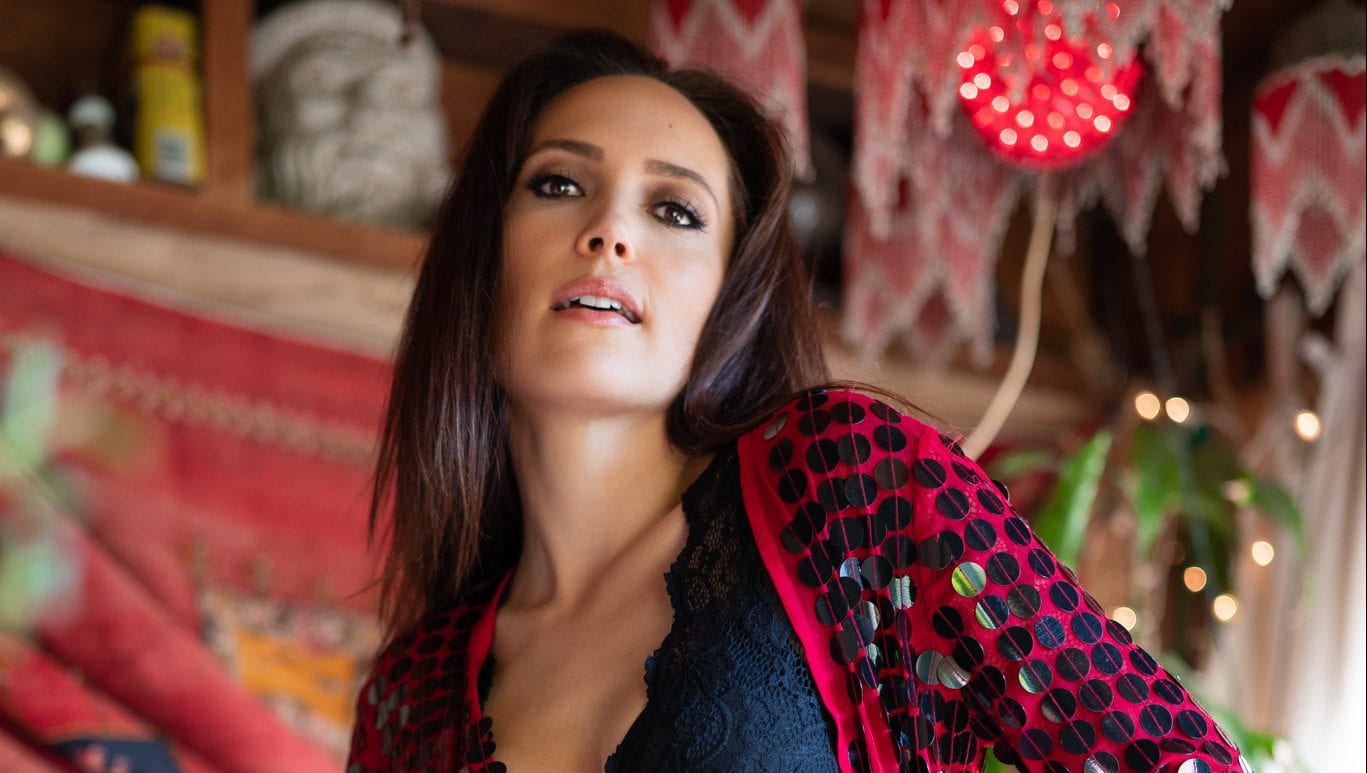 But, if you haven’t forgotten, Brett and Davina aren’t the only ones leaving the original Oppenheim Group. Heather Rae Young also has a new role to play in the show as she will be leaving the group to not so far. She has been chosen by Jason to run the Oppenheim Group’s new office in Newport Beach. According to MAry, these absentees from the office will not be missed by the viewers as all three of them are set to return with some changes in their career path.

Absentees aren’t the only topic for the cast members, as the Oppenheim Group has had a few new hires. But, they are unsure if Netflix will choose to pick a few of them or not. Mary and others do try to recommend a few of them, especially Nicole, for the show. But only time will tell if Netflix and the production team go for some new faces.

Selling Sunset Season 4 is set to be released in late 2021 or early 2022. There hasn’t been an official release date announced by Netflix yet. Nevertheless, the production for the show has been expected to start in a few weeks, And if we go by what Mary had to say, the filming for a single season generally takes up to 4 months. After this, the editing of the recorded film takes a couple of months. Therefore, season 4 of Selling Sunset must take at least 6 months before it arrives on our screens. So, if the production is interrupted, we could see the next season somewhere in November 2021 or later. Hopefully, the restrictions don’t get stricter again, leading to a nationwide lockdown.

What will be the storyline for Selling Sunset Season 4? 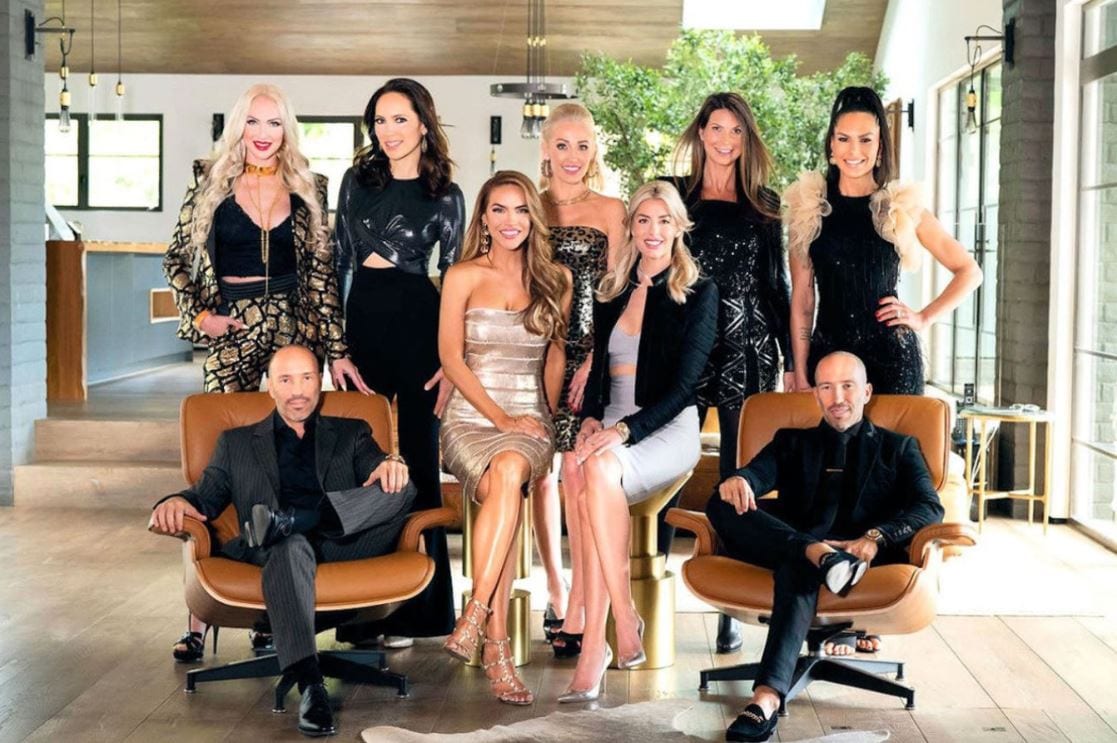 According to Mary Fitzgerald, season 4 of Selling Sunset can have the viewers expect a whole lot of drama. Each of the members of the group is onto something new in their lives, and all of it comes back together; it may lead to some new dynamics within the group. The group members have never stayed still, being busy in personal and career lives. Along with this, the Oppenheim Group itself is expanding to Orange County.

According to her, most of the group has still been in contact through the pandemic. The only element was being physically close. That too, some members in the office have been able to with continuing their visits to the office during the pandemic. Now that the show has been renewed, filming is soon set to begin meaning that all the pent-up emotions are to flow out. Mary has been pretty thrilled to get back into the filming. Last season, we saw a few severed relationships, and she looks forward to resolving them and moving forward.

Now that the Oppenheim Group is extending to Orange County, the viewers can even expect to see Orange County Housewife Braunwyn Windham-Burke as a client. Mary herself never knew of her before they met. Nevertheless, she not only sees her as a client but also as a friend. Being in Orange County could only bring in new high-profile clients. As for Davina Potratz, her moving away could lead to some new dynamics between the two rival real-estate brokerage groups. 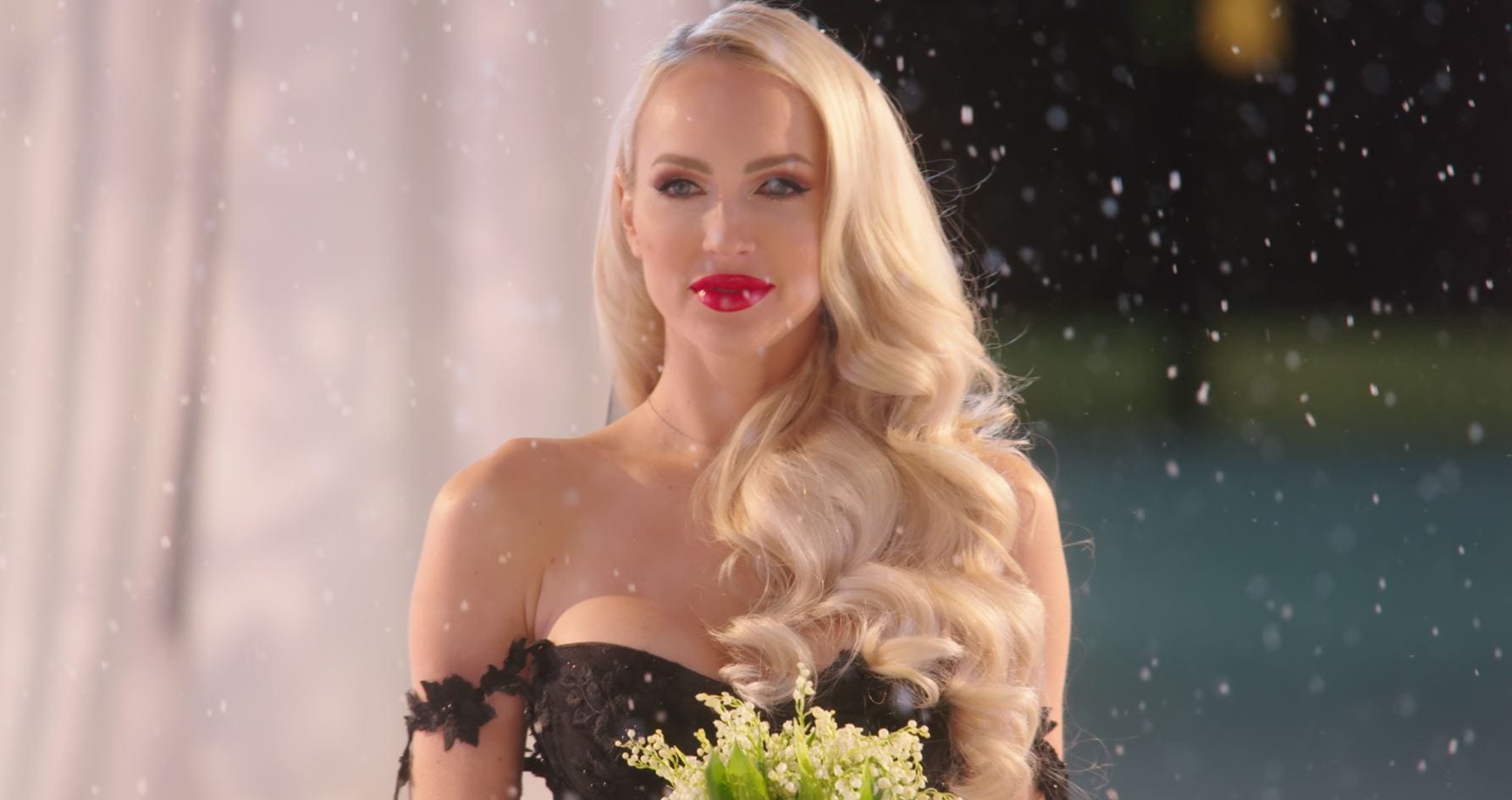 Fans of Selling Sunset know that Christine and Mary aren’t on the best of terms. Nevertheless, Mary has tried to maintain a good relationship with her. When Mary found out that Christine was pregnant, she sent her a voice note. In the voice note, she congratulated Christine on her baby as well, as she even offered any help she might require; for this, Christine replied by thanking her. Even so, it has been known that Christine has some grudge with Mary, Chrishell, and Heather. To the extent that she has even gone on TikTok to talk negatively about them. Apparently, she dislikes the three for not liking her pregnancy post. The thing is that they don’t follow each other on social media. So it is only surprising that Christine would expect any interaction through there.

So, when Mary came to know of her pregnancy, she quickly sent her a message. She said how she might have if it came upon her feed. But now that it didn’t pop up on her screen, she sees no reason to go hunt down her profile and offer her congratulations.

Also Read: What To Expect From Selling Sunset Season 4?