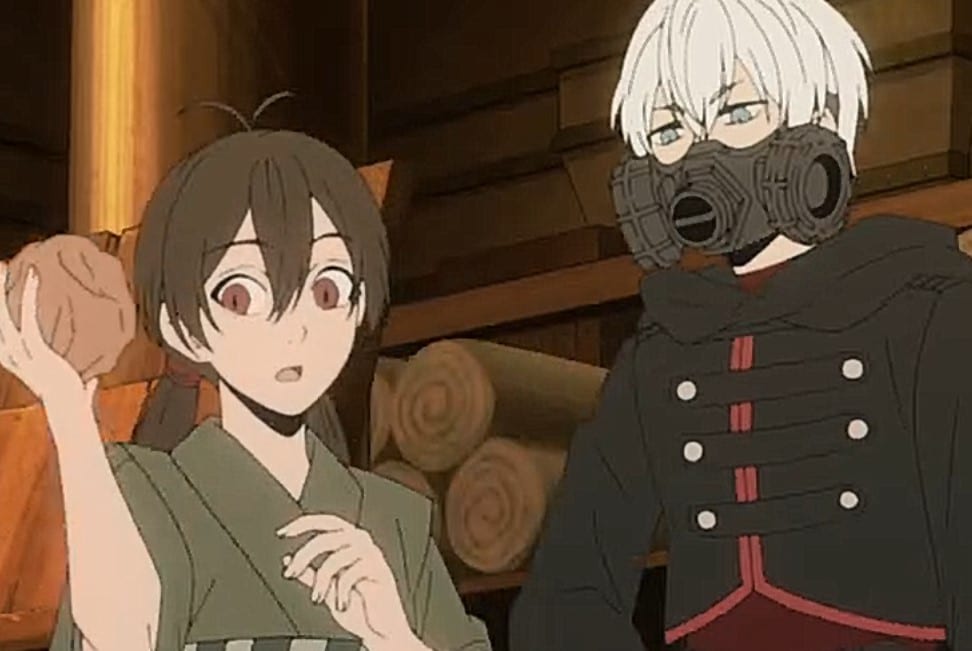 The vampires continue to terrorize the humans looking for blood to quench thirst. Special Forces Unit 16 use bats to hit the heads of human vampires. The number of human vampires decreases since they can’t regenarate after receiving a hit from the forehead. A war broke out between the warriors and the vampires. Deffrot is sitting inside his room and notice that this world has become hell. Only two episodes to conclude Mars Red. The episode title is ”A Midsummer Night’s Dream Gone By.”

The vampires who still believe that they are human inside heart runs for their lives as the warriors smash them. Kurusu and Suwa try to escort a vamp lady that poses no threat to humans. Kurusu wonders if it is safe to run with the lady, and Suwa comments that they can break through if they hide. The two realize that the Special Unit Force won’t spare the lady since she is a vampire. Suwa thinks that the lady will slow them down. The lady tries to act smart and told Suwa that she didn’t ask him to follow her.

Suwa looks at the lady and realizes that she can’t even fight, but she is acting brave. Suwa told the lady that brats should watch their mouth before they speak. The lady replies that she is not a child, and Suwa realizes that she won’t stop arguing with him. Suwa comments that the lady pulled lines that a brat would say. Kurusu realizes that the two won’t stop teasing each other and told them to work together. Suwa notices that one of the soldiers has sniffed them out and warns Kurusu.

Kurusu comments that he will rush out as a decoy, and the two can escape to Tenmanya. Suwa notices that Kurusu is trying to act like a one-person hero, but Kurusu confronts the Special Forces before Suwa said anything. The lady wonders if Kurusu will be fine. Suwa replies that Kurusu will manage fine and told the lady to stay close to him. Kurusu fooled the Special Forces Unit 16 and gave them a wrong direction to meet with Suwa and that lady. 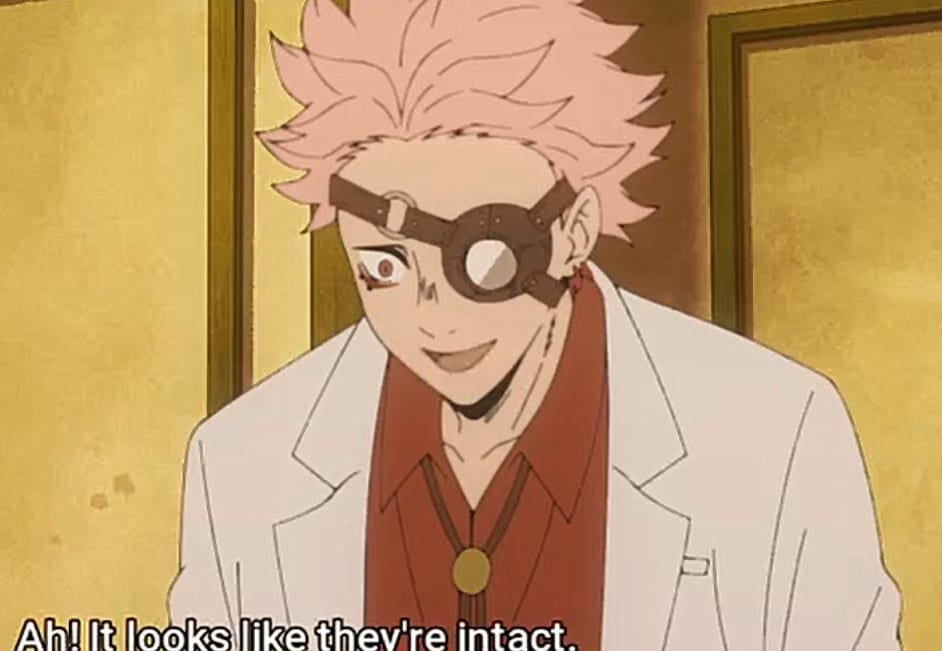 Deffrot saw everything at a distance and comments it is no beautiful. Deffrot headed to the hotel and met with Aoi. Aoi told Defrott that she has been looking for him. Defrott replies that he went out for a walk. Aoi realizes that she still has a job to writes about the human-vampire article. Aoi worries that Defrott went out at night, and it is dangerous. She is unaware that Defrott is also a human vampire, but he hides it before Aoi since he has begun to like her. Aoi asks Defrott for a favor.

Defrott notices that Aoi is showing him Misaki’s dress, and he has to wear that dress. Aoi comments that the costume mysteriously survived the fire, and Defrott is doing Orpheus. Defrott asks her where that show is taking place, and Aio replies that they are playing here. Aoi also said she could picture Defrott playing the Iyre. Defrott asks if he is not playing Orpheus since he heard Aoi talking about Orpheus. Aoi replies that she decides on Iyre for now. Finally, Aoi told Defrott that he has to cheer everyone inside the hotel since they are afraid to leave due to vampire incidents.

Defrott comments that Orpheus isn’t his idea of an exciting play, but if he can change the ending with Eurydice, he can consider it. Aoi gets excited hearing the Defrott will put on a show. Defrott reveals that he wants his dream to come true on stage. Later Kurusu and Suwa and the lady met at their destination and collected food for every human alive. Takeuchi introduces a prototype skunk ball and explains the plans for the flying machine. The crew begins to work with Takeuchi, who comments that ”he, who controls the skies, will rule the world.