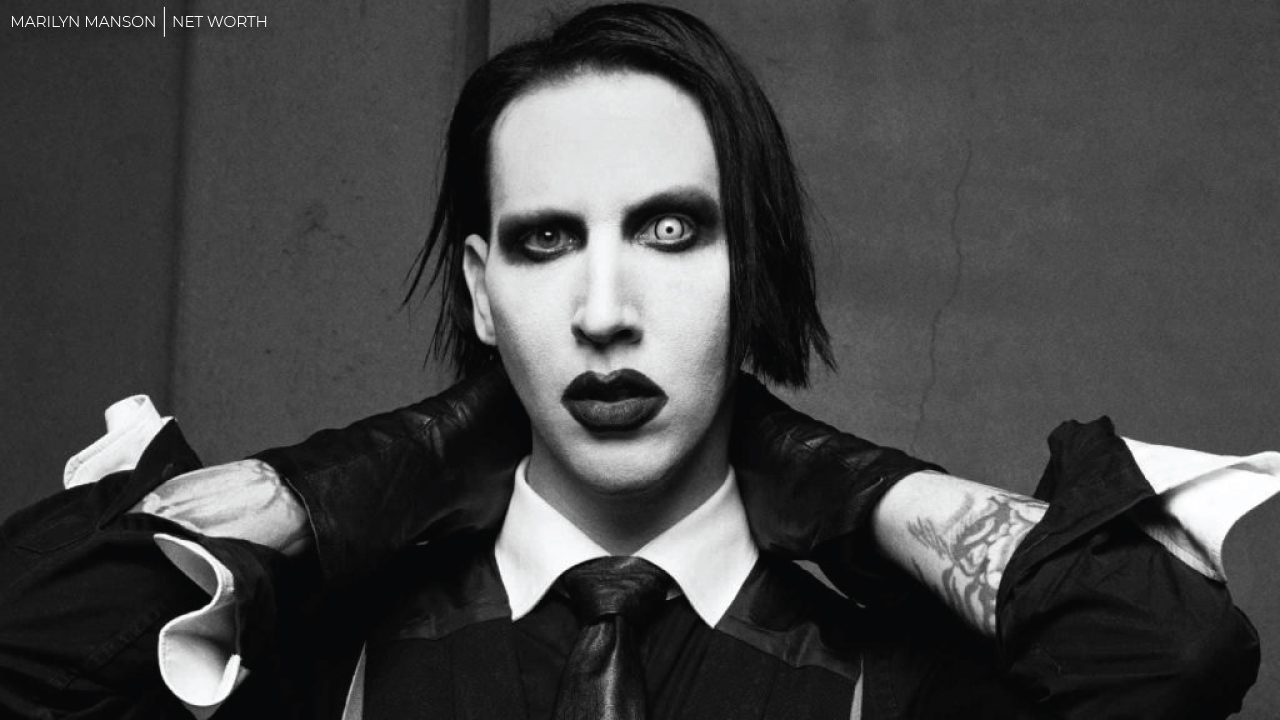 This article will be about Marilyn Manson’s net worth. He is an American singer, songwriter, record producer, actor, painter, and writer. Marilyn Manson is the lead singer of the band “Marilyn Manson,” which he co-founded with guitarist Daisy Berkowitz in 1989. He is well known for his controversial stage personality and provoking music. Marilyn’s original name is Brian Hugh Warner.

Manson is known for music released in the 1990s. This includes albums such as the albums Portrait of an American Family Antichrist Superstar and Mechanical Animals, which gave him huge popularity among people. He is one of the most controversial personalities in the music industry. He gave himself the stage name of Marilyn Manson from the famous actress and model, Marilyn Monroe, and” Manson” was taken from the name of the famous American cult leader Charles Manson. Apart from the music industry, he has also made his name as an actor and as a painter. He has achieved nationwide popularity. During the ’90s, Marilyn Manson was subject to widespread media controversy for having a negative influence on the young generation.

Marilyn Manson was born on January 5th of 1969, in Canton, Ohio. He was the only son of his mother, Barbara Warner Wyer, and his father, Hugh Angus warner. While attending Heritage Christian School, his instructors told him what type of music was ungodly. Young Brian Warner fell in love with that “ungodly” music. Warner studied journalism in college after graduating from high school in 1987. He later interviewed several musicians that were early influences for his musical career, including Groovie Mann and Trent Reznor. Trent Reznor, who was a member of Nine Inch Nails, proved to have the most impact on Warner. Reznor later helped Manson with his first album.

Also Read: Jessica Goicoechea Boyfriend: Who is the Model Dating in 2021?

In the late ’80s, Brian Warner with his friend Scott Putesky first created the band. They gave stage names to themselves that were combinations of Hollywood superstars and serial killers. Putesky became Daisy Berkowitz, and Brian Warner became Marilyn Manson – a combination of Marilyn Monroe and Charles Manson. The band was finally called Marilyn Manson. At the commencement of their career, Marilyn Manson was banned from playing at certain clubs because of their music choice.

Manson is active with his charitable deeds and is keeping up with his good work and also provides a bountiful amount of money to the people in need.

Manson is friends with actor Johnny Depp and is the godfather of Depp’s daughter, Lily-Rose. Marilyn Manson’s past relationships involved several women throughout his career, including Rose McGowan, Dita Von Teese, and Evan Rachel Wood.  Later Manson got privately married to Lindsay Usich.

Also Read: Tony Dow Net Worth: ‘Leave It To Beaver’ Star’s Worth

Patrick Mahomes Net Worth: How Much Does The Quarterback Earn?