Ryuu to Sobakasu no Hime.

Since before its release, Mamoru Hosoda’s Ryuu to Sobakasu no Hime, simply titled ‘Belle’ in English, has been hyping up fans. The director’s previous movies like Wolf Children and Mirai made a spectacular impression on its viewers. So, when he announced a new movie, people were prepared to witness yet another mesmerizing creation. Belle, which was released on 16 July 2021, seems to be standing up to the last bit of expectations that fans had from it. The massive response that it has achieved after its release is phenomenal. In Japan, Belle opened in the weekend with a bang. Mamoru Hosoda’s Belle earns the highest opening of the year, surpassing many. Celebrating the big, a new visual for the movie was also released. In fact, Belle received a remarkable response at the Cannes Film Festival as well. A big hit, Mamoru Hosoda’s newest reaction is gleaming under the spotlight.

The anime film was announced back in 2020. In the next months, fans of Hosoda’s previous works waited with anticipation for the movie’s release. Finally, the movie premiered this summer throughout the theatres of Japan. Belle is a modern-day retelling of Beauty and the Beast. The protagonist, Belle, is a 17-year-old girl. Mamoru Hosoda came forward criticizing the portrayal of women in anime, claiming they (women) are not treated with seriousness and taken as a joke. It seems like the director has made a point to remove said stereotypes and empower the position of female characters in anime, starting from his newest anime film, Belle.

Whatever might his idea be, fans are loving the movie as Belle earns the highest opening of the year?

On 16 July 2021, Belle was released into the theatres. In the next three days of the film’s opening, about 600,000 tickets were sold. With this, Belle earned about 890 million in the Box Office of Japan, surpassing top-selling movies of this year, including Rurouni Kenshin and Tokyo Revengers. As of now, Belle earned the highest opening, followed by the live-action movies Tokyo Revengers and Adam Wingard.

Before the movie’s release in Japan, the movie was screened a day ago at the Cannes Film Festival. Here the movie received a 14-minute standing ovation. With a remarkable signature, the film was selected at the festival.

After the outburst of success at Japanese theatres, a new visual of the film was shared with the fans, commemorating its big start. People from the audience have also come forward praising the movie’s animation and music.

The overwhelming response of the viewers is enough for the overseas audience to feel curious about the movie. However, fans overseas need not feel left out or too disappointed because the movie’s international release has been addressed. Belle has been licensed by GKIDS to distribute the movie in North American theatres. Although a date has yet to be decided on, it has been confirmed that the movie will receive its first international release this winter.

With Summer just in, we can expect the movie to be available for international audiences in the next four to six months. Belle might also receive a Blu-ray release around the same time, You can keep track of the details either through the anime’s Twitter account or its official website.

About Belle (Ryuu to Sobakasu no Hime)

17-year-old lives is a country girl who lives with her father. She loves to sing but has never had the confidence to do so in front of people. So when she is introduced to U, a virtual reality, she takes up the alias ‘Belle’, a world-famous singer. She meets a mysterious creature, a beast, and they begin an adventure of their own as they rediscover the world.

The film was produced in Studio Chizu. It is an original creation of Mamoru Hosoda, who wrote the screenplay and also directed the movie. The movie’s beautiful music has been composed by Taisei Iwasaki. Its character designs are a work of Hiroyuki Aoyama. Takaaki Yamashita is the animation director of Belle. 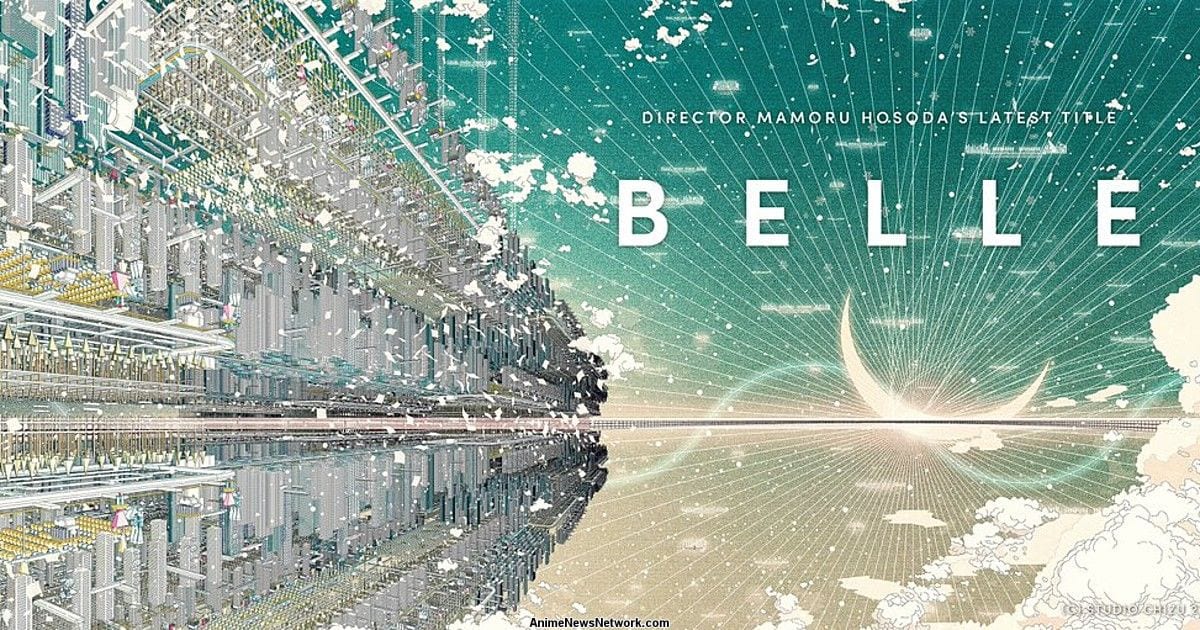 Also Read: Onigashima Raid Heats up as Five of Six Tobiroppo are Defeated