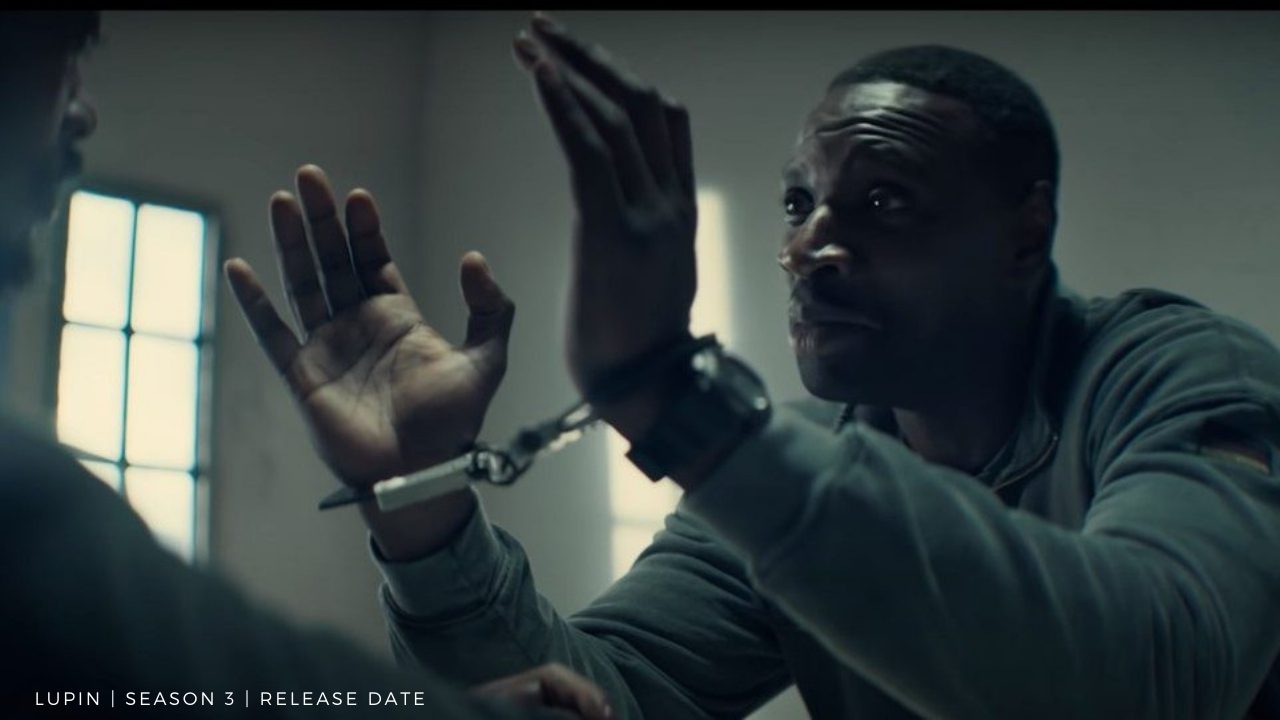 In this article, we cover Lupin Season 3 release date. This Netflix remake of the popular anime Lupin III will see a third season renewal. Everyone (including the author) had second thoughts about this series. Mainly because it’s the remake of a popular anime that even the very Hayao Miyazaki (the Oscar winner and director from movies like Totoro and Spirited Away) dared to direct at a time when nobody gave a dime for Lupin.

Lupin is a story about thievery. These antiheroes will see the third season on the popular streaming platform Netflix. Additionally, this Paris-themed show, considered by many critics one of the best major Netflix hits of 2021, has fans debating in many online communities as to who is better: Money Heist —another Netflix Spanish hit show— or Lupin. In this article, we will cover everything you must know regarding this popular show. Now jump with us here at Otakukart as we take you through the basics if you don’t know what Lupin is all about.

Lupin is a Netflix show about the life and adventures of international thief Arsene Lupin. This is a remake of the world-famous Monkey Punch manga and anime that many generations enjoyed. Initially started as a manga illustrated by Japanese artist Monkey Punch, Lupin tells the tale of Arsene Lupin, an international thief and man of mystery, as he embarks on several heists as he avoids the police. Moreover, this French Netflix adaptation involves showrunners George Kay and François Uzan.

Lupin for Netlfix initially premiered on January 8, 2021. Each season consists of ten episodes. The plot revolves on skilled thief Assane Diop, the sole son of a Senegalese immigrant whose travel to France in search of a better life for his kid determines his fate. Assane’s father gets accused by his employer, the rich and powerful Hubert Pellegrini, for the theft of an exquisite diamond necklace and hangs himself in his jail cell out of humiliation, leaving the adolescent Assane an orphan. Twenty-five years later, inspired by a book his father had given him for his birthday about gentleman thief Arsène Lupin, Assane sets out to get vengeance on the Pellegrini family, utilizing his charm and skill of theft, deception, and disguise to reveal Hubert’s crime.

Where do they film Lupin on Netflix?

Lupin’s main photography takes place in Paris, France. The first season features on-location filming in various streets around Paris, including the world-famous Louvre museum. As for this series of photography, the showrunners took full-on advantage of all the sights a city like Paris had to offer. From La Naumachie, to the Nissim de Camondo Museum, as well as famous avenues and streets. Lupin is one of the most successful French Netflix series ever.

While Season 3 will happen, we still don’t know when. Lupin Season 3 Release date isn’t available yet. This popular series success will surely see a third season, the crew, cast, and everybody knows it. And it’s just a matter of time before the good folks at Netflix social media to tell us when is it that this show will see the third season. Inspired by the adventures of our son Lupin, gentleman thief Assan Diop sets out to avenge his father for an injustice inflicted by a wealthy family.

Also Read: The Boys Season 3 Premiere: Update On The Sequel

Lupin is a fictitious gentleman thief and master of disguise invented by French author Maurice Leblanc in 1905. This is the modern retelling of Lupin in which Omar Sy plays the main character. The show builds in so much character development as the show progresses; it gives us both the present with us on and decently long flashbacks with his upbringing; it gives us so much context to his motivations and builds an engaging story along the way as Ahsan sets out to avenge his father.

Lupin is a French thriller created by George Kay and Francois Uzan that premiered on Netflix in January 2021, based on the adventures of the “gentleman thief” Arsene Lupin, who inspired 39 novellas and 17 novels written by novelist auric Leblanc, on which the highly praised program is based. The program is jam-packed with humor, comedy, action, and intrigue, as well as jewels, necklaces, diamonds, difficult past tales, fascinating characters, and exciting heist scenes.

The plot revolves around the exploits of professional thief Assane Diop, whose father fled from Senegal to France to provide a better future for his son, but who is wrongfully accused of stealing a diamond necklace by his corrupt and affluent employer Hubert Pellegrini, prompting the former to hang himself out of embarrassment, leaving the young Assane orphaned. Assane swears vengeance and, inspired by the novels of Arsene Lupin, resolves to pursue vengeance by using his wit, charm, and keen presence of mind to help him get to his desired destination and reveal Pellegrini’s real nature.

Claws Season 4 Premiere Date: All About The Comedy Drama

Peter Gunz Girlfriend: Who Is The Rapper Dating In 2021?