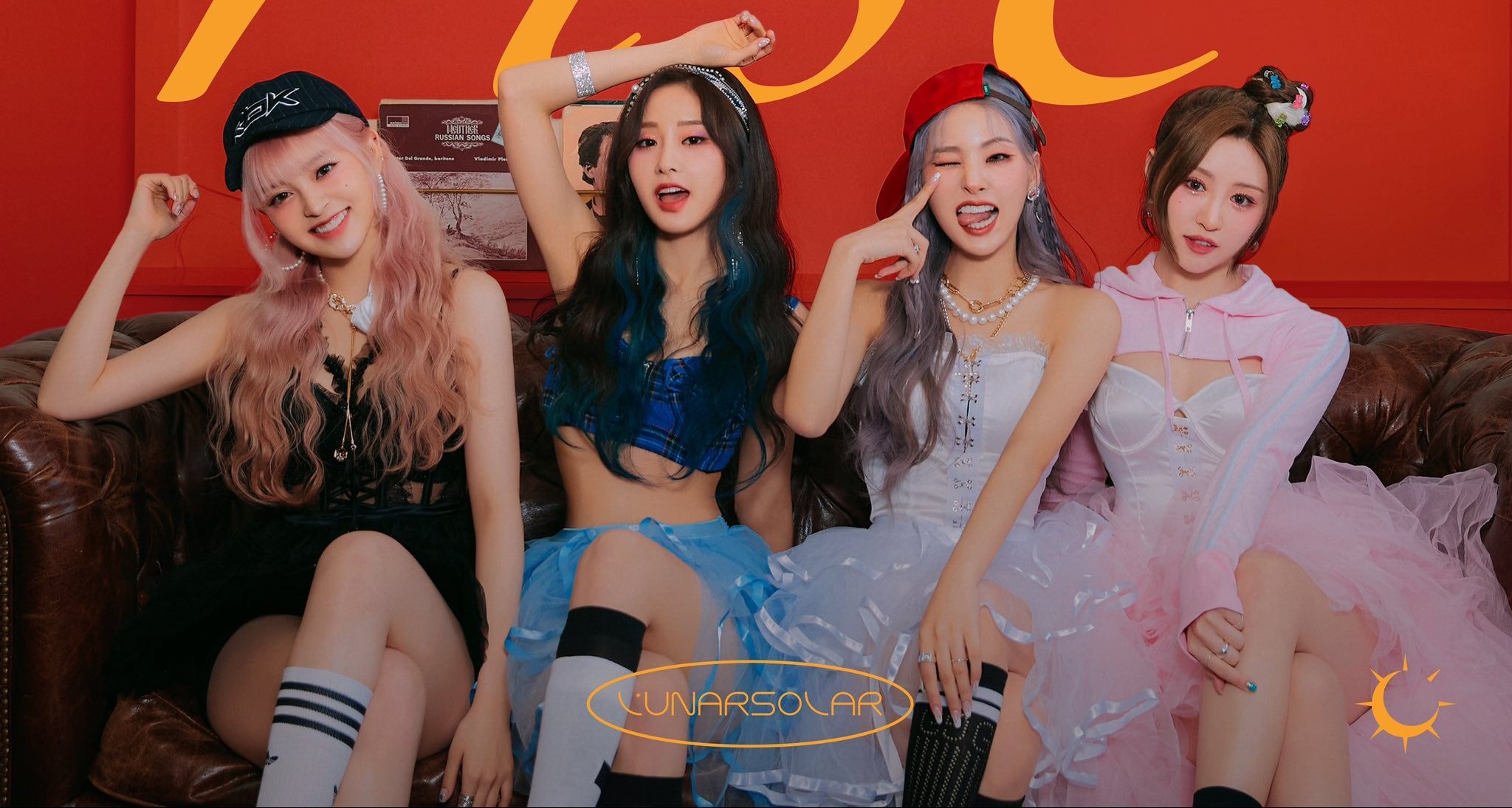 Lunarsolar is a rookie girl group formed by JPlanet Entertainment; It will have a comeback soon. Recently, they revealed the jacket photo (album/cover photo) and tracklist of their 2nd single album ‘Solar: Rise,’ which will be released soon. This rookie girl group first debuted on 2nd September 2020, with the single album named ‘Solar: Flare.’ Now that the countdown to their 2nd single album ‘Solar: Rise’ has started, Haedal (name of Lunarsolar’s fandom) has started making a fuss over their comeback. The social media platforms like Twitter are taking over with the hashtags (#lunarsolar #DADADA #SOLAR_rise #2nd_Single_Album). 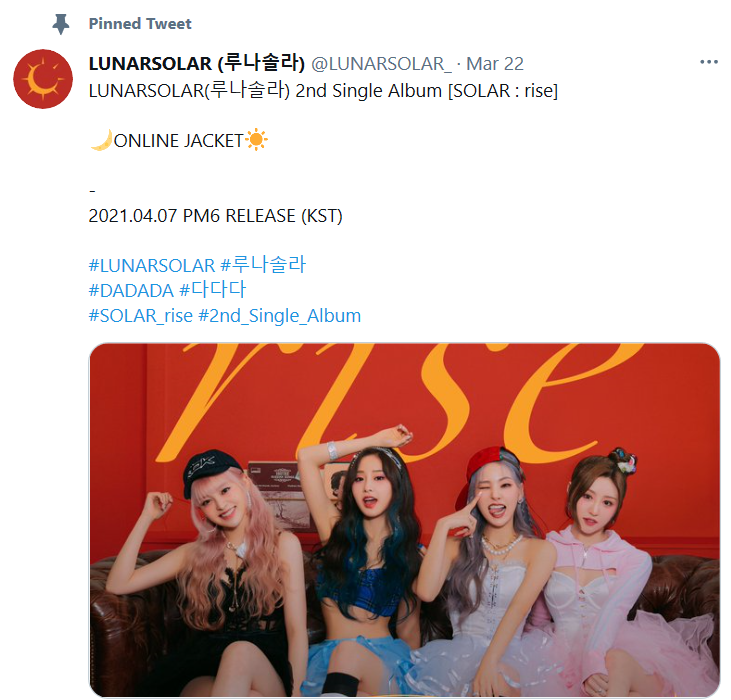 ‘Solar: Rise’ tracklist consists of six songs- ‘DADADA’ is the title track with two more songs named ‘BOM BI DI BOM’ and ‘Lonely’ including the instrumental tracks of three of them. As per the tracklist, Eseo (member of Lunarsolar) took part in writing the lyrics of the song ‘Lonely’ with Kim Ji Hyang, and Newold composes it. 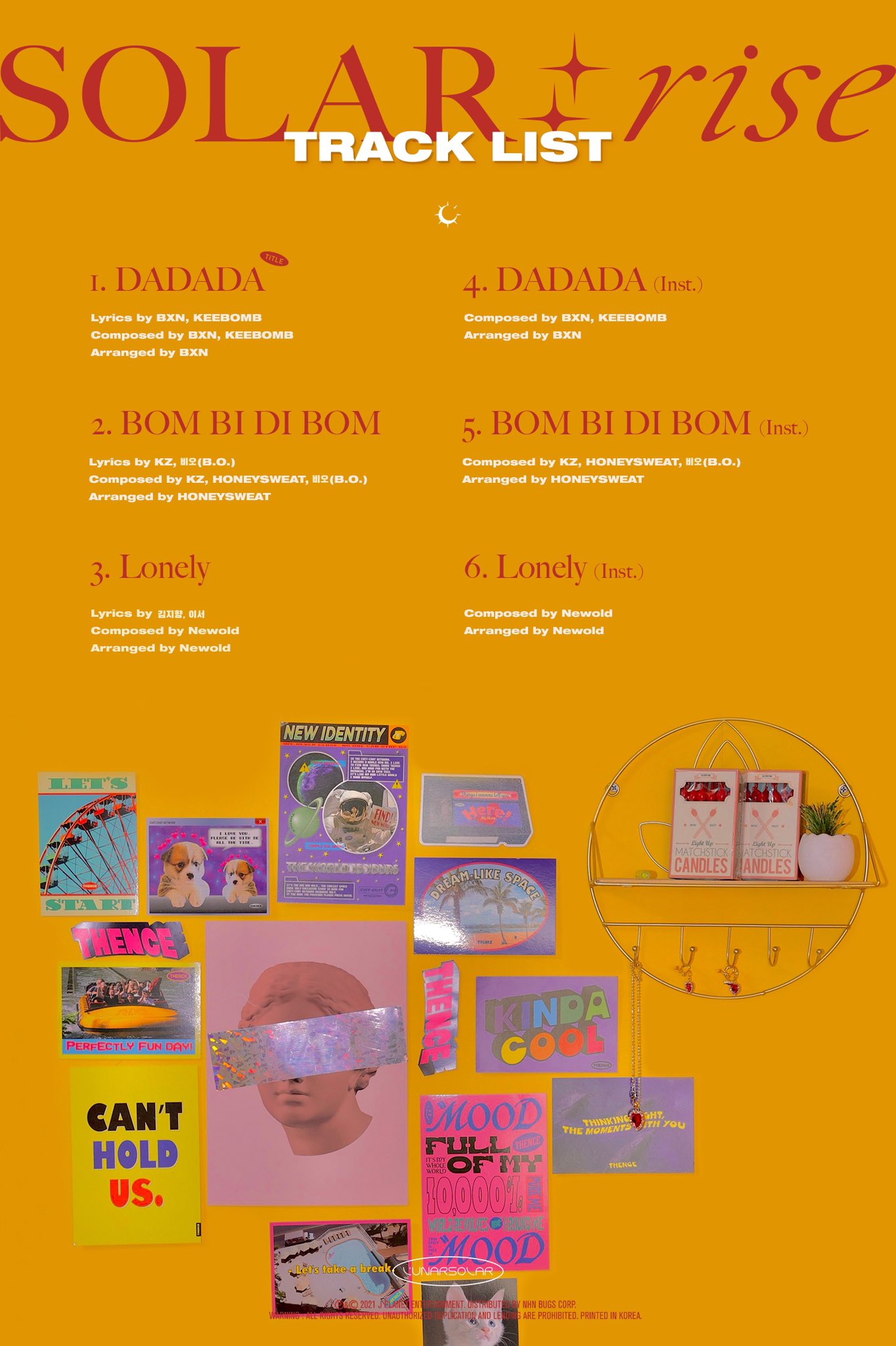 But what/ who is Lunarsolar?

It is a girl group consisting of four members Eseo, Taeryeong, Jian, and Yuuri. According to JPlanet, Lunarsolar is a meaningful word or two- ‘Lunar’ means ‘moon’ and ‘Solar’ means ‘sun,’ elucidating the strength, passion, vitality, and uniqueness like sun & moon. This JPlanet’s girl group first debuted on 2nd September 2020 with the first single album ‘Solar: Flare’ and the MV (music video) of the title track ‘Oh Ya Ya Ya.’

Before Lunarsolar’s debut, three of the four members were active in the music industry. Taeryeong was a part of ONO Entertainment’s girl group ‘Black Mamba‘ while the pre-debut period by the stage name ‘Jungmin,’ and also she performed with the girl group ‘A-Daily‘ in 2018. She was also a participant on ‘Produce 101’ and ‘Mix Nine.’ Jian was an ex-member of Hoonstar Entertainment’s girl group ‘S.E.T‘ with her stage name ‘TaeE.’ She was a contestant of ‘The Unit: Idol Rebooting Project‘ but got eliminated. Also, she was seen on ‘I Can See Your Voice‘ – A mystery music game show in 2020. Yuuri, the maknae (the youngest) of Lunarsolar, is an ex-member of the Japanese girl group ‘I’S9’. She joined the group in 2013 and left in 2015.

While the pre-debut time, there were five members in the trainee group, but around March 2020, Sujin, the fifth member, left the team. In July 2020, JPlanet announced the debut of a new girl group and released the pictures of the members in the Lunar version and Solar version with the logo and motive. And officially, the remaining four members debuted in September 2020.

Okay, so here is the most awaited information- the release date of ‘Solar: rise,’ where to watch, and what to watch. JPlanet recently announced that the 2nd single album of Lunarsolar would be released on 7th April 2021, along with the cover photos, tracklist, and schedule. They have even released the visual films of the upcoming album; you can watch all of them on the official Youtube Channel of JPlanet Entertainment. You can even watch their videos, live broadcasts, and more updates on the V Live app, or you can even go to the V Live website and watch it there. The latest photoshoot of Lunarsolar is also on their official Instagram page. You can buy their first album ‘Solar: Flare’ online on platforms like Amazon. If you are a Naver user, you can catch up with Lunarsolar’s updates on Naver also.