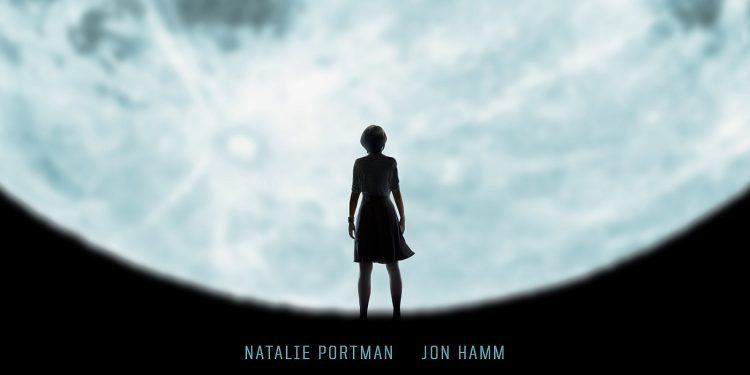 Lucy in the Sky is an American science fiction drama film that was released in 2019. The film is directed, co-produced, and co-written by Noah Hawley and is his directorial debut on the silver screen. He is most renowned for creating and writing the FX television series Fargo and Legion. The story is loosely inspired by the life of NASA astronaut Lisa Nowak, also known as the first active-duty astronaut to face felony charges. So, here, we have the ending of ‘Lucy in the Sky’ explained for you guys. The film stars Natalie Portman, Jon Hamm, Zazie Beets, Dan Stevens, Colman Domingo, and Ellen Burstyn.

The movie had its world premiere at the 44th Toronto International Film Festival on September 11th, 2019. It was theatrically released in the United States by Walt Disney Studios Motion Pictures on October 4th, 2019. The film was not well received by critics and got a lot of negative reviews. It was a box-office bomb, and it only grossed a meager 325,950 dollars against its 21.4 million dollar budget.

The story focuses on Astronaut Lucy Cola, played by Natalie Portman, who is lest wonderstruck from her first mission in space. After returning to Earth, she feels detached from her mundane life with her husband and niece. She is required to go through NASA therapy and is recommended to rest. However, she begins pushing herself physically and mentally so that she can return to space on the next available mission. Lucy later starts spending time with other astronauts who have been to space and eventually begins an affair with one named Mark, played by Jon Hamm, after being bored and annoyed with her supportive husband.

During training, Lucy is threatened by a younger female astronaut named Erin, played by Zazie Beets, whom she sees as competition. She nearly drowns during an underwater test in an attempt to break a record previously set by Erin. Lucy, however, remains completely calm the whole while, with her heartbeat growing quieter. She later learns that Mark is also having an affair with Erin, which leaves Lucy feeling even more lonely. Unable to accept this, she tries to escalate her affair with Mark and demands he end it with Erin.

Lucy’s grandmother later dies of a stroke, an event that sends her spiraling even further, and her erratic behavior becomes an even bigger concern for her husband. After her grandmother’s funeral, she breaks down and walks out on her husband with her teenage niece. An important scene at this point is of her crying in a bowling alley restroom and asking, “Is this as good as it gets?”

Why Does Lucy Try To Take Down Mark?

NASA administration then tells Lucy that she is passed over for the upcoming mission because of her drowning incident and a number of other issues. They assure her that she can qualify for the following mission in 3 years’ time, but she becomes convinced that she has been passed over for ulterior motives. She then breaks into Mark’s computer, in which she finds evidence that not only has he continued his affair with Erin, he had also urged NASA to pass Lucy over for the mission. Her paranoia is further confirmed when she learns that Erin has been selected for the mission.

As Lucy’s grip on reality completely unravels, she decides to take revenge on Mark and Erin. She takes her niece on a cross-country trip. All the while, she is suffering from hallucinations of her grandmother and leaving erratic messages for NASA. Later disguised in a wig, she storms into the airport where Mark and Erin are. She then follows Mark to his car and attempts to confront Mark in the midst of having a breakdown and stops when Erin appears on the scene. Not knowing what to do next, she sprays insect spray on Mark’s face and speeds off in the car. She is then apprehended by the police in an attempt to flee and is charged with a felony when an assortment of weapons is found in her car.

Also Read: The Italian Job Ending Explained: What Is The Cliffhanger Suspense?

Lucy In The Sky Ending Explained

In the ending of Lucy in the Sky, there is a time jump of three years in which her niece is shown giving a presentation in class, with Lucy’s husband in the audience. This tells us that Lucy is no longer a part of their lives and that they have moved on with their lives without her.

As for Lucy herself, she is shown now working as a beekeeper. She closes one of the hives, opens the hood of her protective suit, and smiles momentarily at the bees and one butterfly flying around her. This tells us that she has now chosen a peaceful and tranquil life, which is the closest one she could find to match the peace and tranquility she felt in space.

The butterfly is used as a metaphor for the process of transforming states of consciousness from one time in life to another. From knowing something on the surface, then undergoing a deep experience that leads to a whole new capacity and perception. This metaphor fits the character of Lucy as her entire story is based on how one experience changed her perception so much that it derailed her entire life.