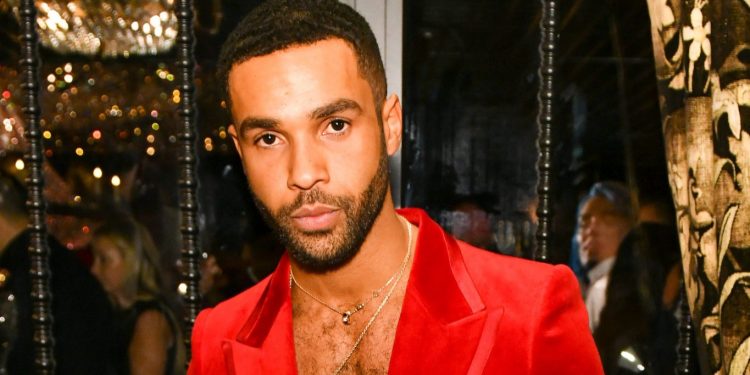 Alfie, a British banker whose relationship with the female lead, Emily, begins in a chaotic place, will be played by Lucien Laviscount. Many people have understandably wondered about Lucien’s real-life love interests since his introduction to the series. Those who are only hearing about him for the first time may be unaware that he has been a familiar face in the United Kingdom for some time and has already been romantically linked to a number of well-known figures. Who is Lucien Laviscount’s Partner? But, before we get into his dating life, let’s take a quick look at him. Lucien Leon Laviscount, born On July 9, 1992, is a British actor and musician best known for playing Jonah Kirby in the BBC One drama Waterloo Road.

Lucien rose to fame after playing in the teen drama Grange Hill in 2007. Laviscount had a recurring role as Ben Richardson on the renowned British serial opera Coronation Street in 2009. Laviscount grew up in Ribble Valley, Lancashire, and was born in Burnley, Lancashire. He was a part of Carol Godby’s theatre workshop in Bury and attended Ribblesdale High School in Clitheroe, where he received 10 GCSEs. Laviscount’s parents were born in Trinidad and Tobago. Louis and Jules are his two brothers. Laviscount first appeared in a Marks & Spencer advertisement when Lucien was ten years old.

Lucien Laviscount is currently single and has no partner as of December 2021. Because Lucien rarely discusses his relationships on social media, it’s difficult to say who he’s dating at any given time. His Instagram validates our suspicions, as he appears in none of his breathtaking images with a partner. He could, on the other hand, be the type of person who loves to keep his love life private and, on the other hand, have a particular lady at his side.

But none of this implies that he was never linked to a woman. Lucien has recently been linked to three possible romantic relationships. At the British Fashion Awards, he was seen holding hands with both Batwoman’s Wallis Day and Arlissa, a singer-songwriter. Lucien was also seen holding hands with Hannah John-Kamen, a former Game of Thrones actress, at the same event. Lucien’s real-life personal relationships appear to be even more difficult than the character he’ll be portraying on Emily in Paris.

Dominique Jackson, Sophie Reade, and Chelsea Healey are just a few of Laviscount’s ex-girlfriends. Between the years 2009 and 2011, he dated each of them. In 2010, the actor was linked to Big Brother winner Sophie Reade, then a year later to his Waterloo Road co-star Chelsea Healey. A year later, when the two were seen dining together in 2012, Laviscount was said to be dating Little Mix singer Leigh-Anne Pinnock. The claims were never confirmed, but the connection drew a lot of attention from fans, at least until he was revealed to be dating his Coronation Street co-star Brooke Vincent in 2013.

Laviscount divorced from Vincent not long after, and in 2015, he briefly dated fellow Scream Queens co-star Keke Palmer. It’s unclear how long they dated, but it’s worth noting that he had a pretty quiet love life until 2019 when he was romantically linked to TV personality, Kelly Osbourne. Lucien has recently been linked to a number of other women. He was linked to Jesy Nelson, another former member of Little Mix, in November of this year. In a rickshaw in London, the two were seen cuddling up to each other. Following Osbourne, little is known about Lucien Laviscount’s dating life, but as previously stated, he could simply be trying to keep his personal life secret.

Laviscount hasn’t yet settled down with a single partner, or if he has, he’s done a spectacular job of hiding it, based on his relatively dispersed dating history. Despite his extensive dating history, Lucien is only 29 years old and has plenty of time to settle down and meet his ideal mate, if that is what he desires. Regardless, Lucien doesn’t appear to be dating anyone significant at the time. He’s definitely surrounded by women, but not in a way that makes it clear whether they’re friends, casual dates, or his true loves.