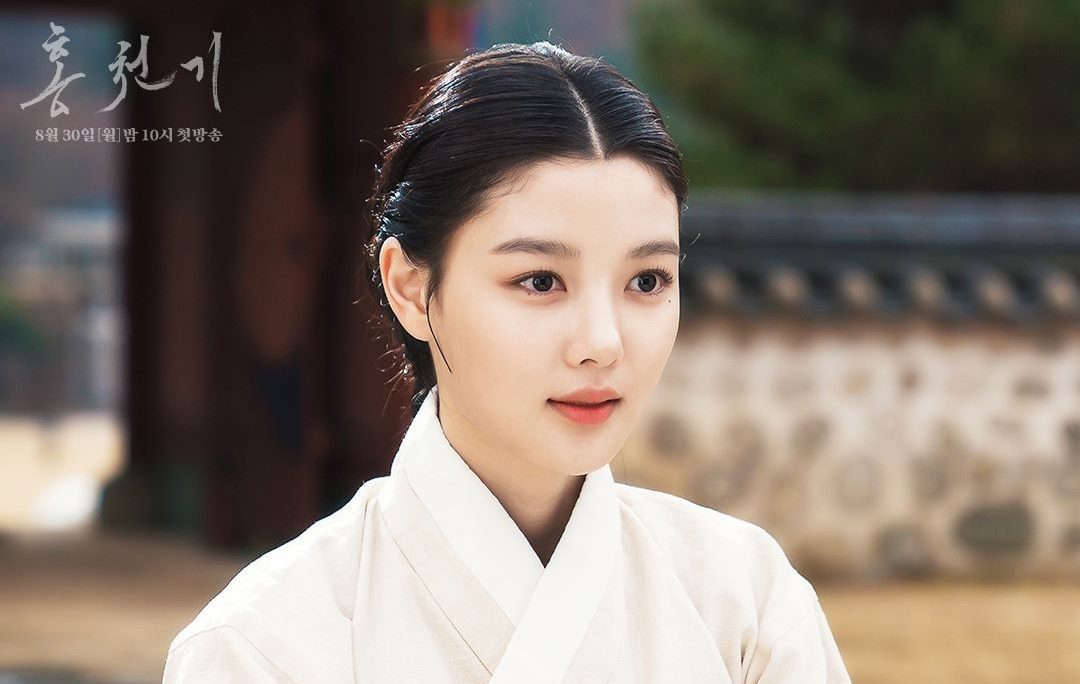 Lovers of The Red Sky Episode 9

With the new episodes of The Lovers of The Red Sky came new things out. With Chun Gi being appointed at the royal painting bureau. Now she might be able to get medicine for her father. But things aren’t as easy as they seem. As there stand year-old curses, hate, desires, confusion, and unconfessed feelings. As Prince Yang Myeong might be falling for Chun Gi. Supervisor Ha Ram is not ready to let her go either. Where Prince Ju Hyang is waiting to take over the throne. With episode 9 of the Lovers of The Red Sky on its way, here is everything that you need to know about what’s going on in the story. Keep reading to know more about Lovers of The Red Sky Episode 9.

The king and the grand prince ordered Hong Chun Gi to join the royal painting bureau. She gets ready for her first day, with the people from her village along with the headmaster wishing her good luck for the work. Along with her, Choi Jung and her best friend, Young Wook, are also joining the bureau. As the palace allows the painting competition finalists to join in. Reaching at the painting bureau, the three friends reveal a not-so-warm welcome along with a bureau tour and get to know their duties. 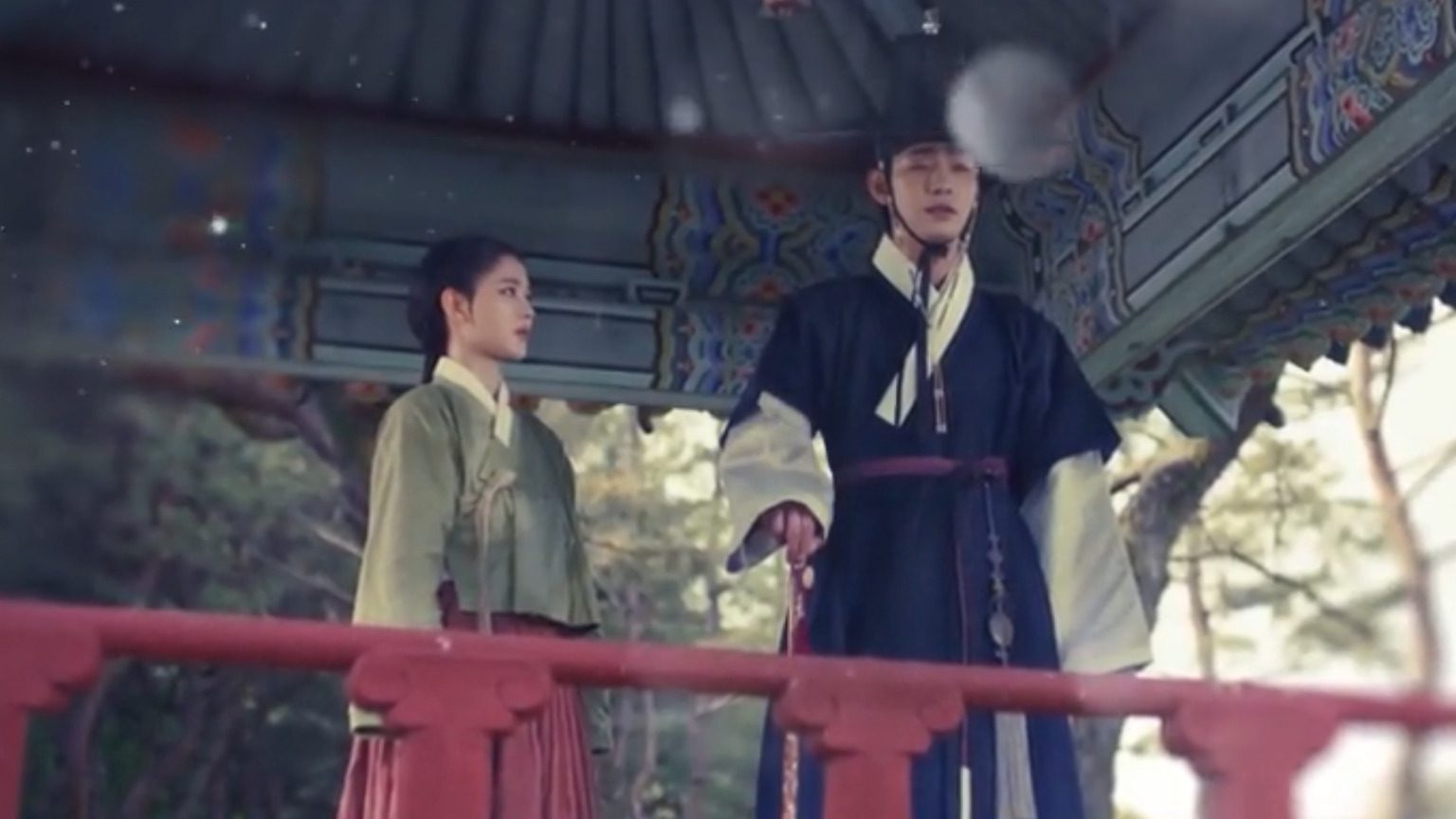 Recap: A Look Into Hong Chun Gi’s First Day At The Painting Bureau

Reaching the bureau, she meets the other finalist from the competition. And together, they all bow down to the other painters. They all go looking around the place, looking at the artists working. As they reach the inventory and the resting place, they hear a few other painters talking about Chun Gi. Talking about how she might’ve seduced the grand prince to get the work done. Listening to the nonsense, Young Wook yells at the painters and maids gossiping in the room as the others pulled him out. As the tour ends, the taskmaster takes her to Seomungwon, where she will be working for the special commission—and remaking the old maps.

Also Read: Who is Teresa Wierson? Is She Dating the Famous Elvira?

As she wanders in the hall, waiting for the supervisor to come, she stumbles upon Ha Ram’s room, where he was changing. As they both start talking, he takes her on a tour of Seomungwon. Showing her his office and the area where she will be working on the maps, he takes her to the roof, where the big microscope is to look at the starry night. As they come out, he tells her that he is her supervisor and hopes that she doesn’t feel uncomfortable. Remembering that she needs to be at Gyeongwonjeon, she asks him the way, and he goes on to drop her there. 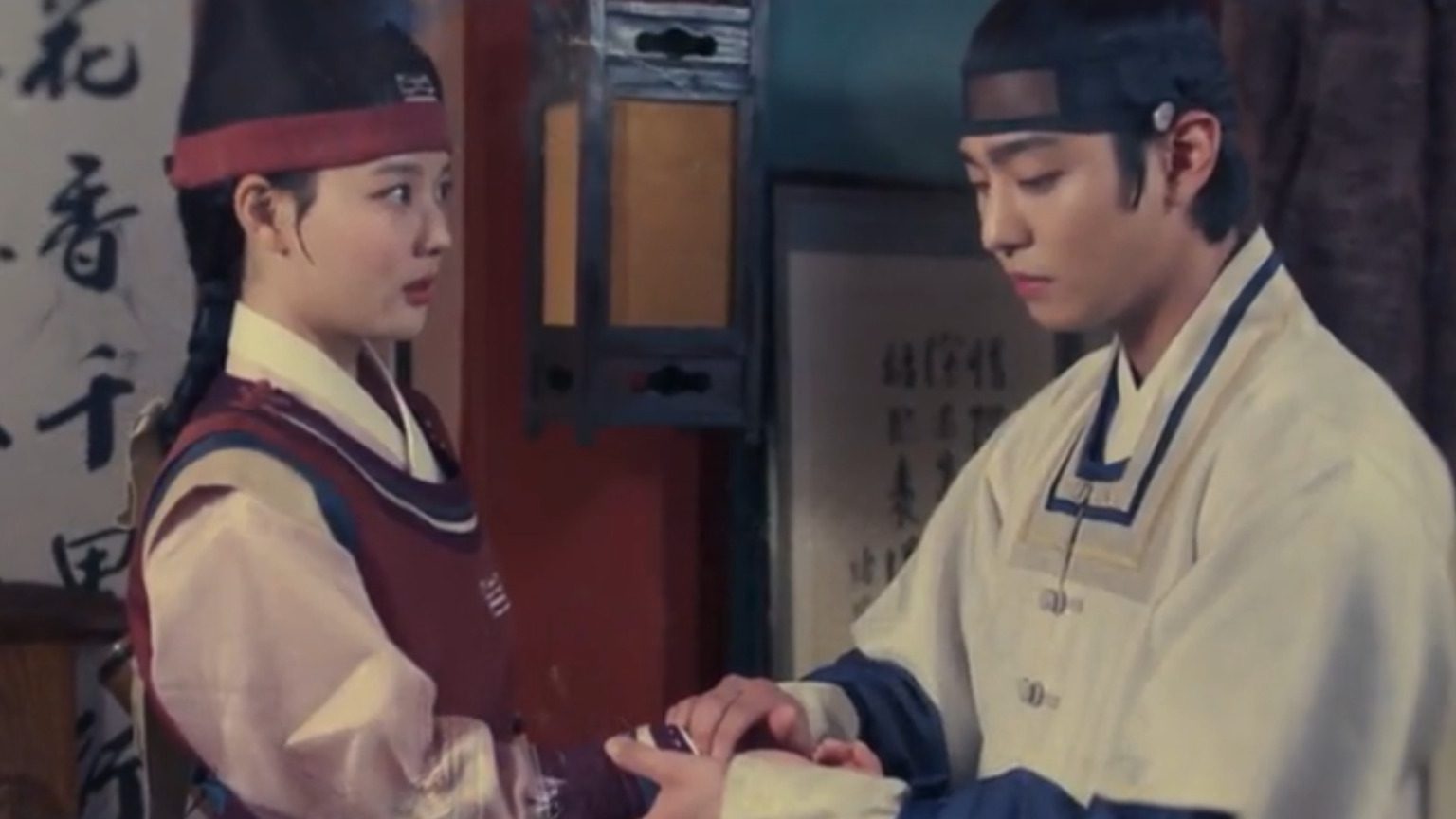 As Chun Gi reaches Gyeongwonjeon to meet master Han Geon, he takes her inside the place to show her the important work she is going to do. Looking around, the Gyeongwonjeon is filled with portraits of the previous kings, made by some talented artists. Master Han Geon tells Chun Gi that she will be working on the restoration of the portrait of the previous king. She gets to know that the portrait she is assigned to draw again was made by her father. But during a ritual, the place caught fire, and the portrait burned to pieces. But as she looks at the burnt leftovers from the poster, she feels that an unrested black figure is fighting to come outside the portrait. Feeling a push filled with darkness, Chun Gi falls to the floor, screaming, as somebody has pushed her down.

Lovers of The Red Sky episode 9 will release on October 4, 2021. The upcoming episode will be available on Rakuten Viki to watch. With Chun Gi on the duty of restoring the late king’s portrait within weeks. Grand prince Yang Myeong is here to assist and guide her. But her father, the original painter and the one most affected by the fire, don’t seem so keen and tells her to give up the important project.

You can watch the Lovers of The Red Sky at Viki.