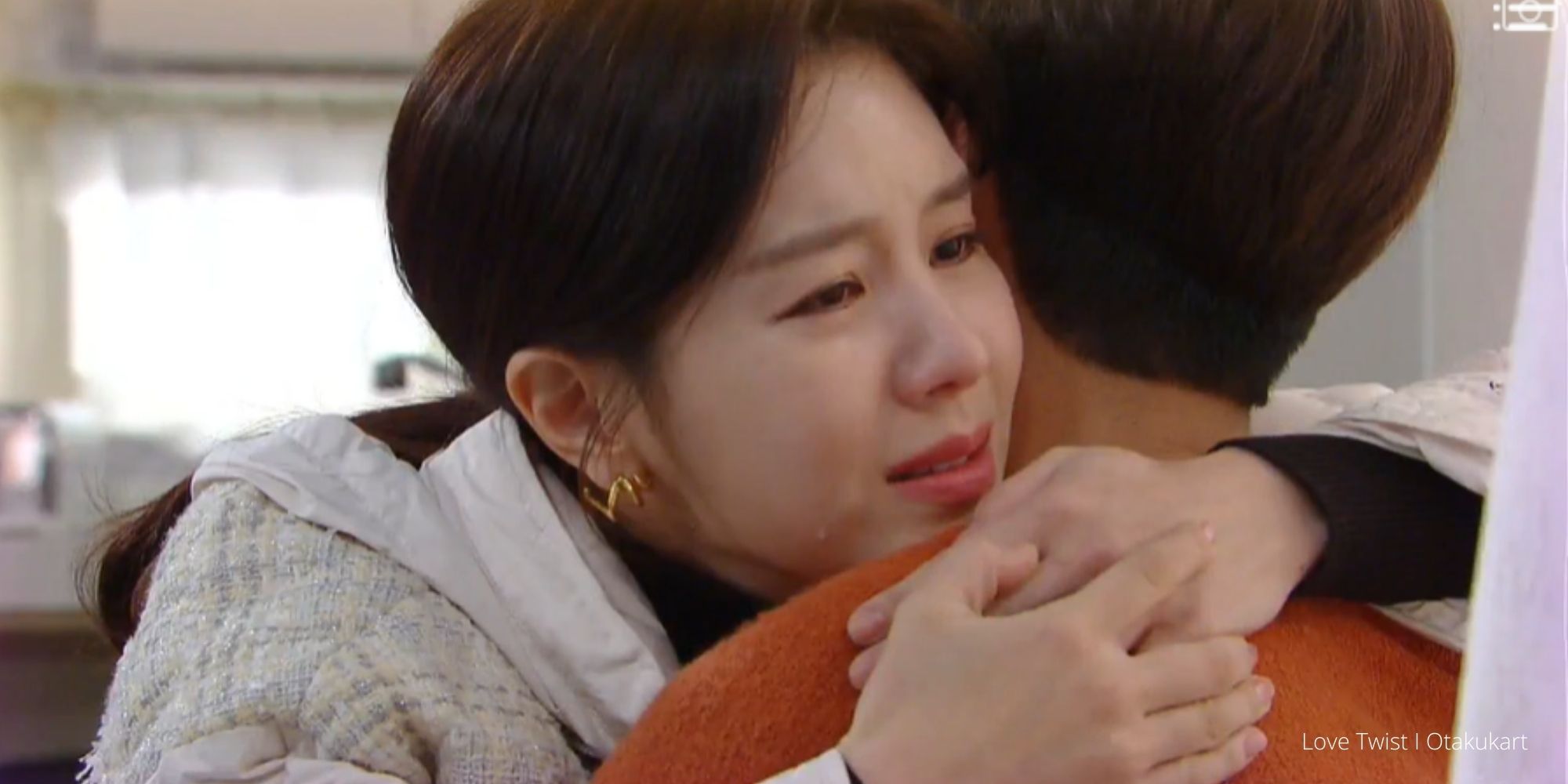 After the cold conversation with Ha Ru, So Ri goes to the beach to drown herself. When Ha Ru finds out about this, he calls Kyung Joon and asks for his help. As Kyung Joon has been in love with So Ri for the longest time, he runs all over the city desperately trying to find her. In ‘Love Twist’ episode 28, So Ri will ask Kyung Joon to marry her.

When Ok Hee finds out that Kyung Joon saved her daughter, she is relieved. Also, she wants to get a divorce as soon as possible. However, her in-laws turn against her and refuse to give her any financial aid if she gets a divorce. When Kyung Joon takes So Ri back to her house, he tells her grandparents that Do-Hee is the one who helped So Ri to run away. Will Do-Hee get back at Kyung Joon for this?

Till now, we have seen that Ha Ru decides to stay away from So Ri. When So Ri finds out that her mother forced Ha Ru to leave for the U.S she vows to never talk to her. Later, when So Ri goes to Yoon-ah’s place, she finds Ha Ru living with her. Even Yoon-ah’s father is there, and he accuses Ha Ru of impregnating his daughter. Things become more complicated when Ha Ru accepts that he is the baby’s father. This breaks So Ri’s heart, and she decides to end her life.

Unaware of this, Gwang Nam is hanging out at Hee Ok’s house, and he overhears Yoon-ah’s father telling her about this pregnancy. When Gwang Nam finds out about this, he tells Ok Hee and backs his claim that Ha Ru is not right for So Ri. This makes her very angry, and she asks for the property right away. However, after talking to Hee Ok, Gwang Nam changes his decision and refuses to put the property in Ok Hee’s name. As So Ri is out on the beach planning to drown herself, Kyung Joon comes running to save her. 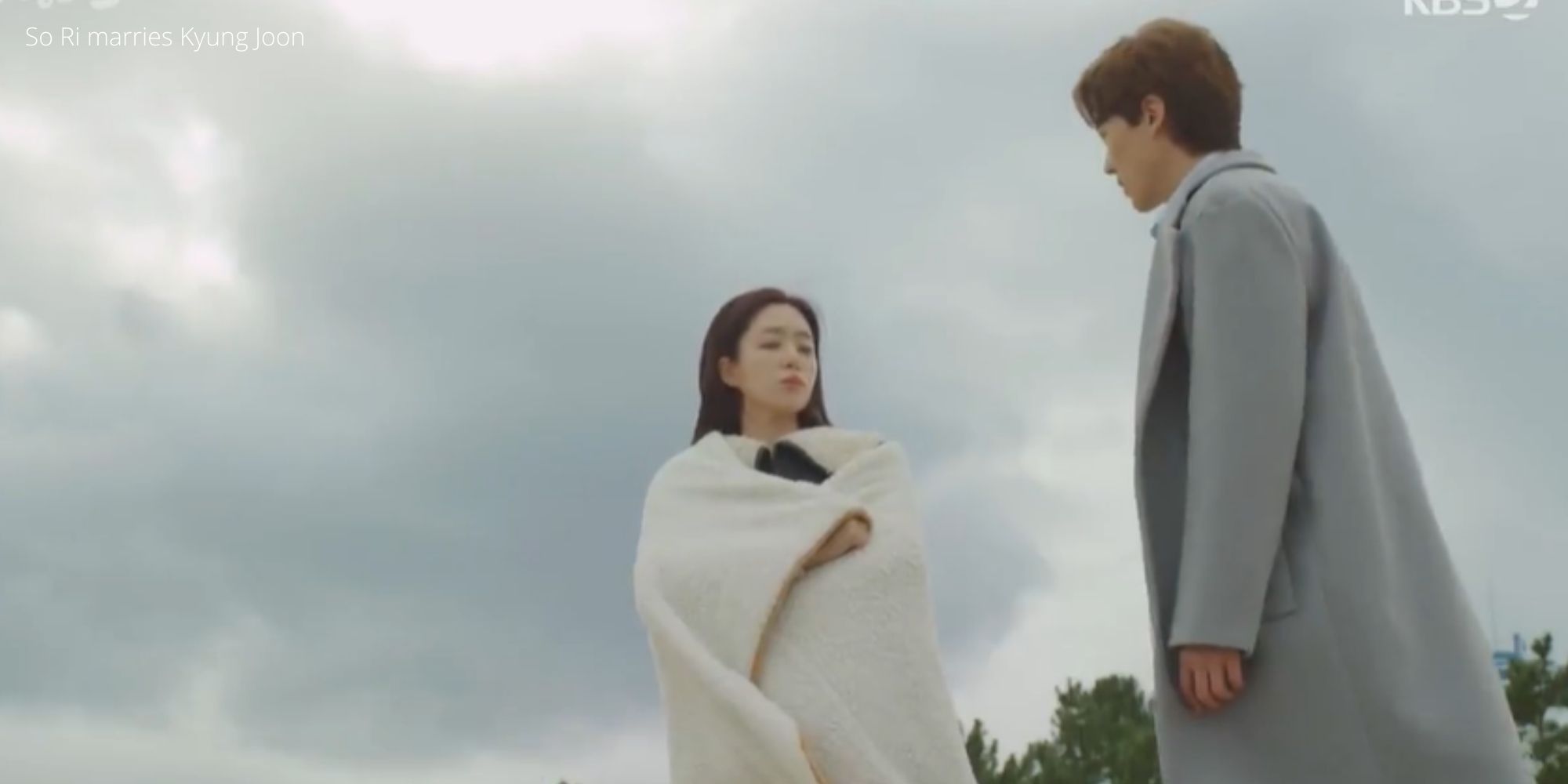 After hearing Gwang Nam and Ok Hee’s conversation So Ri’s grandmother tells everything to his husband. They decide to not let them get a divorce, but this will be very hard. The next day, So Ri’s grandparents talk to Ok Hee, but she is sturdy on her decision. She tells them that she has given her life to the family, and Gwang Nam destroyed it. Also, she emphasizes that she only wants ten percent of his assets, and she will tell So Ri the truth. This makes her in-laws furious, and they tell her that she has no one to blame but herself for this.

Ok Hee visits Hee Ok and tells her that So Ri attempted suicide. This shocks Hee Ok, and she is genuinely concerned about So Ri. Taking a swing at old days, Ok Hee tells Hee Ok that she should have told Gwang Nam about Ha Ru. If she would have done that, Ha Ru would have had a happy, loving family. However, Hee Ok does not entertain her comments and asks her why she didn’t tell So Ri the truth. The answer behind this is that Ok Hee wants to protect her daughter. 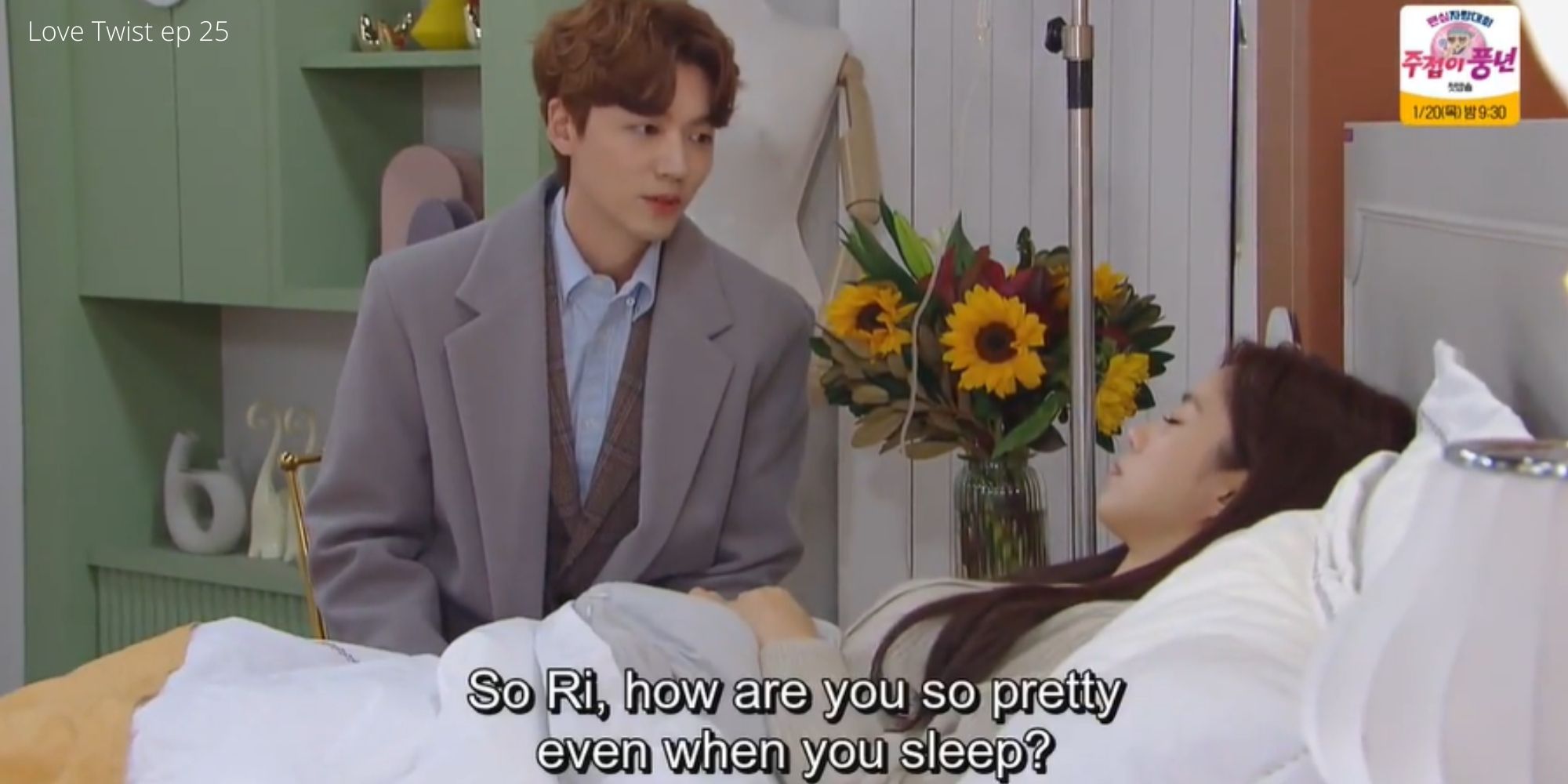 The ‘Love Twist’ Episode 28 release date is 19th January 2021. In the upcoming episode, Kyung Joon takes care of So Ri as she is weak from the traumatic experience. She asks him why he was looking for her desperately? He is not able to confess his true feelings, so he answers the question saying that he cares for her. Later, So Ri decides not to take her life and take revenge on everyone who has hurt her. In order to do this So Ri decides to marry Kyung Joon.

Where To Watch ‘Love Twist’ Episode 28?

Also Read: TVXQ Changmin Talks About His Album At A Press Conference