Yoon-ah insists that So Ri and Ha Ru cannot be together. When they ask for the reason she reveal that their parents are having an affair. This shocks them and both of them confront their parents. 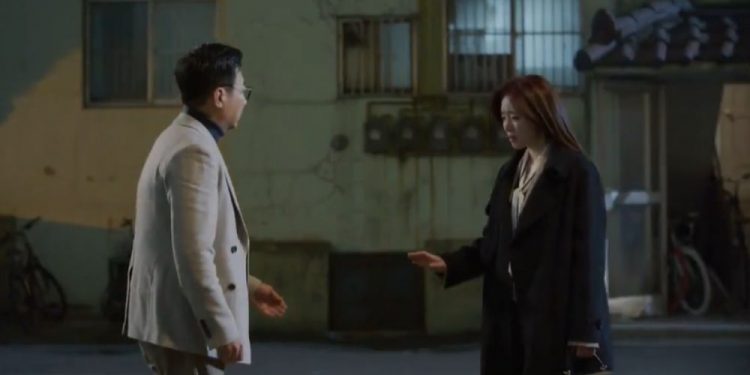 Realizing no one in her family supports her relationship with Ha Ru, So Ri decides to leave her home. She moves in with Ha Ru, and they decide to get married no matter what their families say. Yoon-ah hears about this and portrays her disapproval. Finally, in ‘Love Twist’ episode 19, Yoon-ah reveals that So Ri’s father and Gwang Nam’s mother are having an affair. Will So Ri be able to forgive her father? Also, how will Ok Hee save her family from breaking?

When Ha Ru finds out about his mother having an affair with his fiance’s father, he is furious. Still, he keeps his calm in front of her and asks her to become a stranger to him. This is because if he still considers her, his mother Ha Ru’s relationship with So Ri will be painted in the wrong light. Finally, both So Ri and Ha Ru cut ties with their families and decide to be together away from them.

Till now, we have seen that Gwang Nam sabotages So Ri and Ha Ru’s company. He contacts the CEO of the ‘Next’ company and tells him that So Ri will work in his company. This makes the investors doubtful of the company’s potential, and they decide to retrieve their investment. Later, So Ri fights with her father and is disappointed in him. She thinks that she will get some sympathy and support from her mother, but even she tells her to break up with Ha Ru. Finally, So Ri decides to leave her home as no one is on her side.

Ok Hee calls Gwang Nam and asks him to come home right away. Finding out that at such an important point, Gwang Nam is giving his time to Hee Ok, which frustrates Ok Hee. So Ri moves in with Ha Ru and asks him to marry her. However, Yoon-ah hears them saying this and projects her disapproval towards their decision. So Ri doesn’t validate her disapproval as she and Ha Ru are in love, but Yoon-ah reveals So Ri’s father’s secret. Yoon-ah reveals that So Ri’s father and Ha Ru’s mother are having an affair, and this is why they cannot get married.

So Ri Breaks off Her Relationship With Her Father

After finding out about their parents’ affair, So Ri and Ha Ru think that it is a misunderstanding. So Ri goes to Hee Ok’s apartment and sees her father leave her place. She asks him if he is having an affair with her, and he is not able to respond. This makes her burst into tears as his silence confirms his affair. Kyung Joon tells his parents to warn Ok Hee as Yoon-ah tells So Ri about Gwang Nam’s affair. When Gwang Nam reaches home, Ok Hee yells at him and tells him to bring back her daughter.

Ha Ru visits his mother and tells her that they should be strangers as he does not want to keep any relation with her. As for So Ri, after finding out about her father’s affair, she cannot face Ha Ru for a while. She decides to stay at Yoon-ah’s place for some time. Unexpectedly, Yoon-ah has become a very thoughtful and welcoming host. She is even being considerate about So Ri’s feelings.

The drama ‘Love Twist’ episode 19 will be released on 6th January 2021. In the upcoming episode, Ok Hee finds out that Gwang Nam’s first love is Hee Ok. Also, she cries as she realizes that Gwang Nam married her only because he felt pity for her. Later, Ha Ru loses his control as Gwang Nam tries to tell him how bad a son he is. He laughs at Gwang Nam and tells him to snap out of it as he is in no position to criticize him. Looking at the situation, Gwang Nam and Hee Ok finally decide to break up for their children’s sake. However, this won’t change the fact that neither of their kids wants to keep any contact with them.

Where To Watch ‘Love Twist’ Episode 19?

Also Read: ‘Ghost Doctor’: Everything About the Fantasy Drama Series

Who Does Rachel Ends Up With In ‘Something Borrowed’?