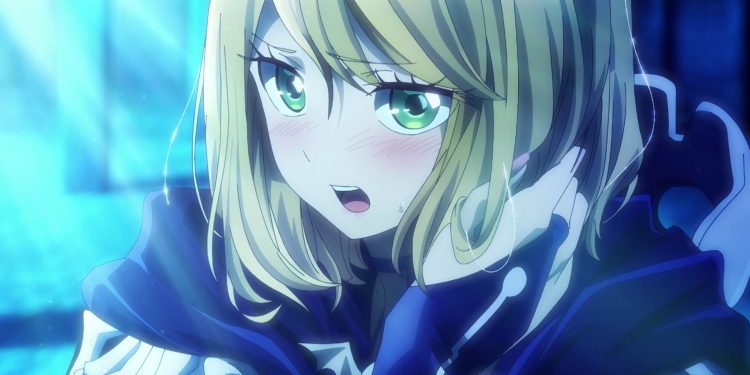 Tough love is what makes a plot juicy and dramatic. People love the elements of drama in their favorite anime. Bland love stories might be cute, but what’s a plot without any twists? And this is exactly why people have completely hyped up about yet another upcoming 2022 anime, Love After World Domination. A unique plot about probably the toughest love out there, the anime adaptation of Love After Domination received its release date. For fans of the source, who has been waiting for the series, this might just be a very good time to spread the hype!! However, for those who have not read the source, if you love a good and dramatic rom-com, you might want to prepare yourself for all the fun that the anime is bringing in for all rom-com fans.

Love After World Domination is an upcoming anime series written by Hiroshi Noda and illustrated by Takahiro Wakamatsu. The manga was launched by Kodansha in 2019 and was serialized in the Monthly Shōnen Magazine. At the time of writing, the manga has 3 complete volumes and is listed under the ongoing status. Love After World Domination was received with several positive reactions from readers all over Japan. Now with its anime adaptation on the way, fans are rejoicing.

Waiting for the epic romcom anime? Here is everything we know about the Love After World Domination anime adaptation, including its release date, PV, and more.

Fudou Aikawa is the leader of Gelato 5 and nicknamed Red Gelato. He is an honest public servant seeking world peace. Standing against him is the leader of Gecko, a villainous group. Desumi, the villain, wants to establish world domination. The two main characters are sworn enemies..or so they are meant to be. While to the world, they appear to be hateful towards each other, in reality, they are lovers. Once back home, they do everything two normal lovers do, starting from going on dates and cooking for each other.

Amidst their differences, the two strive to continue loving each other with their all despite whatever differences they have. Love After Domination tells the love story between a hero and a villain. They both continue to stand for what they believe in, even if it means being against each other. But should that stop them from loving each other?

The first announcement of the anime was made in the May 2021 issue of Monthly Shōnen Magazine, released in April 2021. Nearly a year later, we have more details regarding the upcoming romance anime. The anime adaptation will be produced by Project No 9. Love After World Domination anime will be released in April 2022. A specific day of the month is yet to be announced.

In addition to the big announcement, the anime’s first visual teaser was also released. On its release, Love After World Domination will be broadcast locally on BS Asahi, AT-X, TV Aichi, and Tokyo MX. For international viewers, the anime has been licensed by Funimation and will be made available on its platform. The opening theme of the anime is titled “Koi wa Explosion”, which will be performed by Masayoshi Ōishi.

The anime also released its official trailer on 14 January 2022. We can see both the characters in the trailer and a glimpse of everything good coming up in the series.

Love After World Domination is directed by Kazuya Iwata. Satoru Sugizawa is compiling the scripts, and Satoshi Hobo is composing its music.