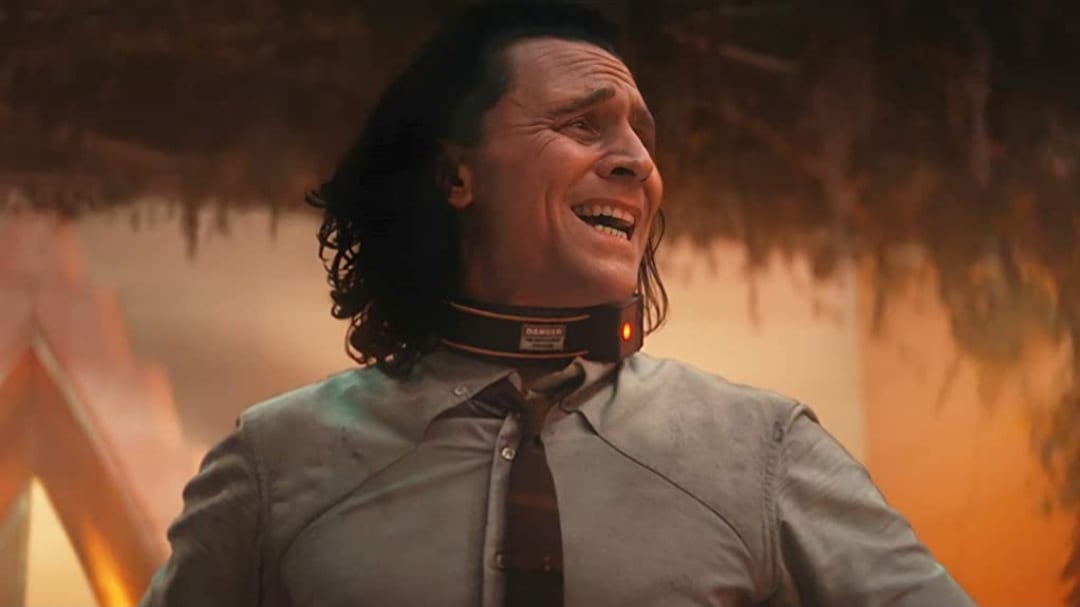 Loki episode 4 hit the viewers with a number of shockers, one after the other. The show felt like the pure chaos that Loki should be about has been finally embraced. This episode was a wild ride. It was also emotional. Although it’s Marvel, and death doesn’t seem to be the endgame, some shocking moments did manage to feel dire. Loki episode 4 follows the events of its predecessor and sees the TVA capturing Loki and Sylvie. But what at first seems like a simple continuation of the previous episode’s events soon descends into something shocking. There are a couple of true such moments throughout this episode. And by the time the episode ends, we’re left with many unanswered questions that need answers. This is in line with what has been happening in this series so far. Every episode leaves us with a cliffhanger ending, leaving us hanging for more.

Episode 3 of Loki saw Sylvie and Loki trying to get out of the apocalyptic planet called Lamentis. As they try to work together reluctantly, they start forming a bond. Both even open up to each other, sharing their memories and even their secrets. Although reluctant at first, Sylvie also opens up to Loki. We then also got the nod from Loki that he’s bisexual. Loki presses Sylvie to get her to spill the beans on how her enchantment works. Which she does, and in doing so, Sylvie also inadvertently revealed a detail that rattled both Loki and the viewers. By the end of the show, the pair tries their best to get off Lamentis. However, it doesn’t work out, and before they can board the Ark, debris hits the Ark, destroying it all. Now let’s get into Loki episode 4 and its shocking ending.

The episode, titled “The Nexus Event,” starts with Loki and Sylvie awaiting the impending doom on Lamentis. There’s an emotional moment between Loki and Sylvie, and it seems love is beginning to bloom between the two. However, just when the planet is about to wipe the two, two TVA portals open up behind them. Before this, we see Mobius and B-15 trying to figure out where the two mischievous demi-gods must be. They quickly get their answer when they see a massive branch deviating from the timeline. This branch is caused by Loki and Sylvie’s connection/love, as we later understand. Both are then taken to the TVA and sent to separate interrogation rooms. Mobius has another banter-full exchange with Loki, trying to coax out information from him. Mobius thinks that Loki and Sylvie had been in cahoots for a long time now.

Loki plays along and says that he was indeed the mastermind all along. Meanwhile, he also tries to warn Mobius, telling him that the TVA is lying to him. However, for Mobius, that’s a hard pill to swallow, at least for now. Amid the interrogation, Mobius lies to Loki about having Sylvie pruned, intending to gauge how he reacts. A shocked Loki tries to put a front of indifference but is very obviously shattered at this revelation. Mobius reads his emotions like a book and starts hammering him with insults. He tells him how big of a narcissist he is to fall for himself. They both have a heated banter, and then Loki gives in and blurts out the truth about the TVA. “You’re all variants,” he tells Mobius, which stuns him for a while. 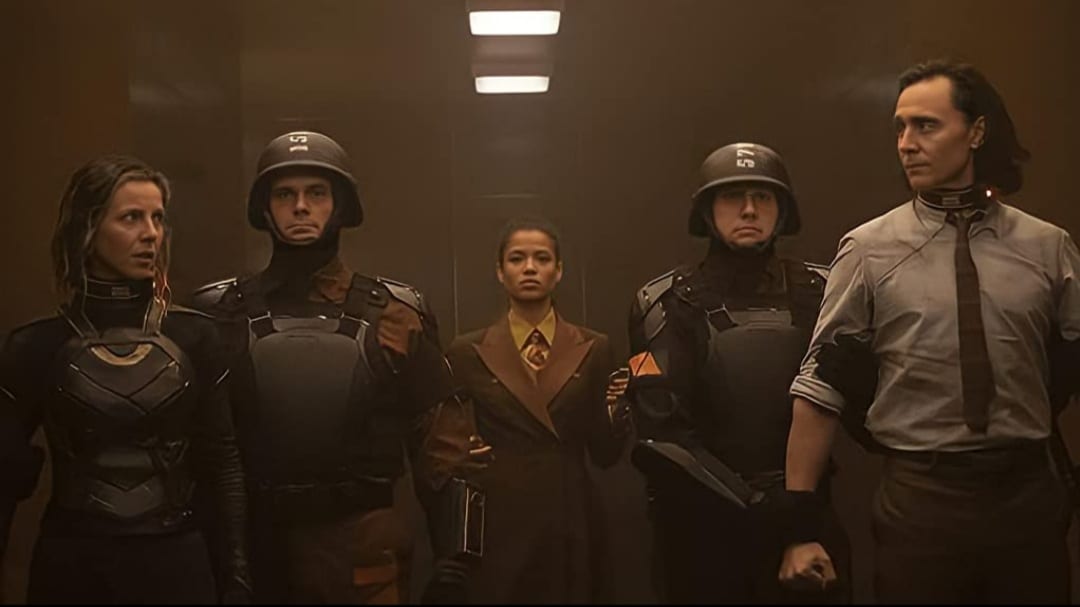 Sylvie and Loki get captured by TVA.

Mobius And B-15 Learn The Truth

It’s obvious that Mobius feels something is off with the TVA. However, he keeps sending Loki into the Time Cell, where he is stuck in a time loop. What’s worse than the repetition, however, is what is being repeated. Inside the Time Cell, Loki confronts Lady Sif, who comes charging at him for cutting her hair. She then calls him a “conniving, craven, pathetic worm,” slaps him, hits him in the groin, punches him, and then walks away. This series of painful events keep looping, giving Loki a tough time. Meanwhile, B-15 has also become dubious of the TVA, mainly after Sylvie recreated one of her dormant memories. She goes to meet Sylvie inside her cell and asks her to follow through a portal. She takes her to the same destroyed timeline we saw in episode 2.

B-15 asks Sylvie to enchant her with the same memories after asking if it was a trick and that she denies it. Experiencing the memory from her actual past, B-15 switches position and now sides with Sylvie. Meanwhile, Mobius visits Ravonna and asks why wouldn’t she let him interrogate Sylvie. Ravonna comes up with excuses and keeps denying him. Mobius then distracts her and covertly switches his TemPad with hers. He then goes on to watch the recording and of Hunter C-20 on Ravonna’s TemPad. His suspicions and doubts come true as he sees C-20 telling the TVA that the memories were true. Mobius then heads off to Loki’s Time Cell, asks him if he believes Sylvie’s enchantment, to which Loki says yes. He then admits that Loki was right all along and takes him off the Time Cell.

Mobius finds out the truth about the TVA.

Just as they head out of the Time Cell, Ravonna and other TVA agents confront them. Mobius realizes that Ravonna has caught on to his deception. That’s when he tells her the answer to her previous question of if he’d want to go any one place, where’d he go? He tells her he’d go to the timeline where he came from and that he would ride a jetski. Just as he tells her that, Ravonna gets him pruned abruptly, shocking viewers. She then takes Sylvie and Loki and heads off to the elevator. We learn that the time has finally arrived when we get to see the Time Keepers. Ravonna takes them to the Time Keeper, who is sitting in hovering chairs in a triangular position. The Time Keepers are strangely muppet-like.

Loki and Sylvie face off the Time Keepers.

As Loki and Sylvie have a verbal spat with the Time Keepers, they order Ravonna to prune them. That’s when Hunter B-15 arrives and frees Loki and Sylvie from their neck-shackles and hand Sylvie a sword. Both of the demi-gods fight off the TVA agents and defeat them. Ravonna knocks out B-15, and Sylvie knocks her out. Sylvie throws the sword at the central Time Keeper, decapitating his head. However, as the head comes falling, they learn that it’s robotic. In fact, all the Time Keepers turn out to be mindless robots. As Loki wonders as to who created the TVA, Sylvie laments that it was all for nothing. As Loki tries to console her and almost confess his love for her, Ravonna sneaks in from behind and prunes him. This time, it comes as less of a shock since we all know the titular character won’t die.

Ravonna then goes to prune Sylvie too, but she pins her down and tells her to explain everything. It seems that we’ve gotten another one of the cliffhanger endings, but a mid-credits scene comes to the rescue. The mid-credits scene sees Loki waking up in a different place, which he thinks is hell at first. As he asks himself if he’s dead, someone replies, “Not yet, but you will be unless you come with us!” The voice, as we see, is from one of three alternate Lokis. One of them is a black Loki (DeObia Oparei), another is a kid Loki (Jack Veal), and the third, an older Loki (Richard E. Grant).

The post-credits scene at the end of Loki episode 4.

And interestingly, the kid Loki is holding an alligator who seems to be sporting the Loki horns too. Can he be an alternate Loki as well? Who knows? It wouldn’t be that crazy of an idea for this show. And what about Mobius? Is he alive, too, now that we’ve seen Loki transported to a destroyed timeline? The answer is most probably yes. Mobius is probably thrown into a similar situation as Loki. This is also evident by some of the footage we’ve already seen of the character in the teasers before. For the worried fans, that’s a relief and a reassurance that we might be able to see Mobius ride that jet ski sometime. We will find the answers on Loki episode 5 when it streams next week on Disney+.