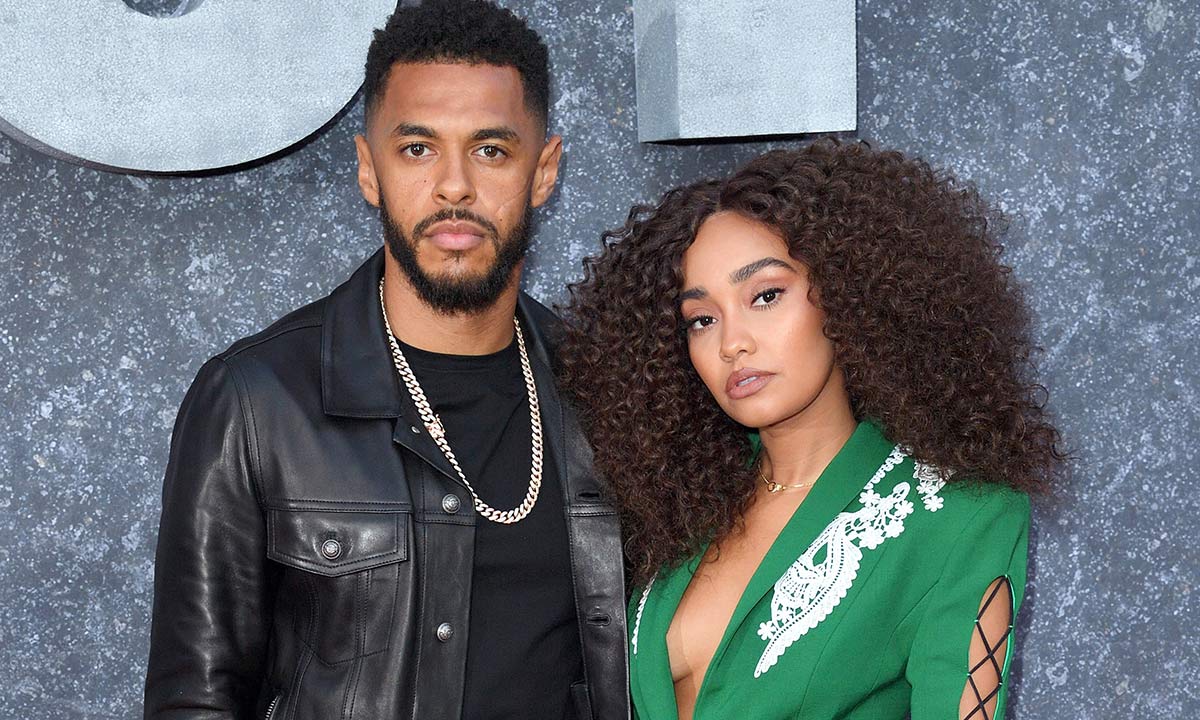 Little Mix’s member and singer,  Leigh-Anne Pinnock is going to be a mother. The singer 29-year-old October singer recently made it IG official. Also, she dropped some alluring pictures of her and her growing baby bump alongside fiance Andre Gray. She looks marvelous and confident as she holds her baby bump while getting clicked for the pictures. The fans of the band and singer are overwhelmed with joy. However, her bandmates also commented on Leigh-Anne’s big news. We believe the other two- Jade Thirwall and Perrie Edwards, and ex-member, Jesy Nelson, can’t wait to meet the little bundle of joy.

Leigh-Anne Pinnock is an English singer, songwriter. She is known for being a part of the British girl group Little Mix. Little Mix was formed during the 8th season of The X Factor in 2011. They were also the first group to win a show in history. Leigh-Anne, along with her band members, has released multiple songs and music. She has received fame and love from thousands of fans. However, now it’s time for her to experience the greatest joy of the world. 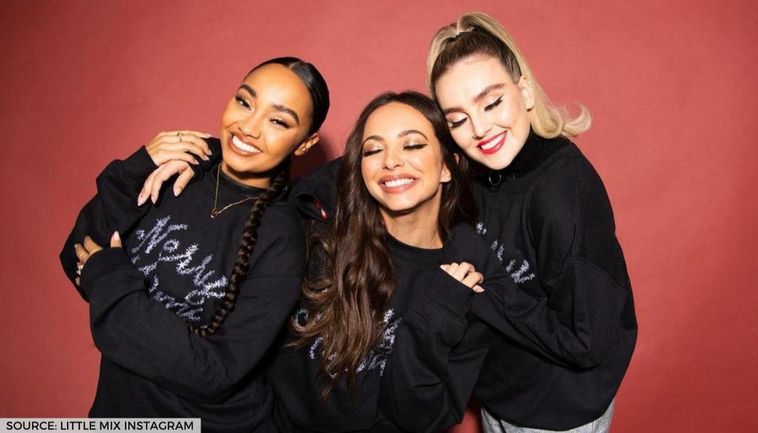 Leigh- Anne Pinnock has been in a relationship with Wolverhampton-born footballer Andre Gray. Her partner and finance also look happy in the photos. The 29-year-old singer and 29-year-old athlete got engaged last June after dating for 4 years. Gray is a footballer for Watford FC. The two are engaged and might get married soon. Gray also makes an appearance in Leigh’s new pictures. Let’s check them out.

Littel Mix is adding a new member to the family. Member Anne-Leigh Pinnock posted a series of stunning pictures on social media to announce the big news. She also wrote a beautiful message for her unborn child. The singer wrote that she has been dreaming about this moment for a long, and she can’t believe that her dream is coming true. She continued and wrote that they (Leigh and Andre) can not wait to meet you. Check out her post on IG here.

After minutes of posting the pictures, her social media got swamped with congratulations and wishes. Her fellow members, Jade Thirwall and Perrie Edwards, also showed their love. Thirwal wrote, “Love you so much,”  while Perry Edwards commented, “Look at this family.” In addition to this, Edwards also wrote that she can not stop staring at the beautiful pictures. The pictures are a vision, and she loves both of them so much. In the end, she congratulated her “Beautiful sister.” To-be mom, Leigh-Anne rocks a green 2 piece dress in the pictures as she looks glowing while posing with her bump. 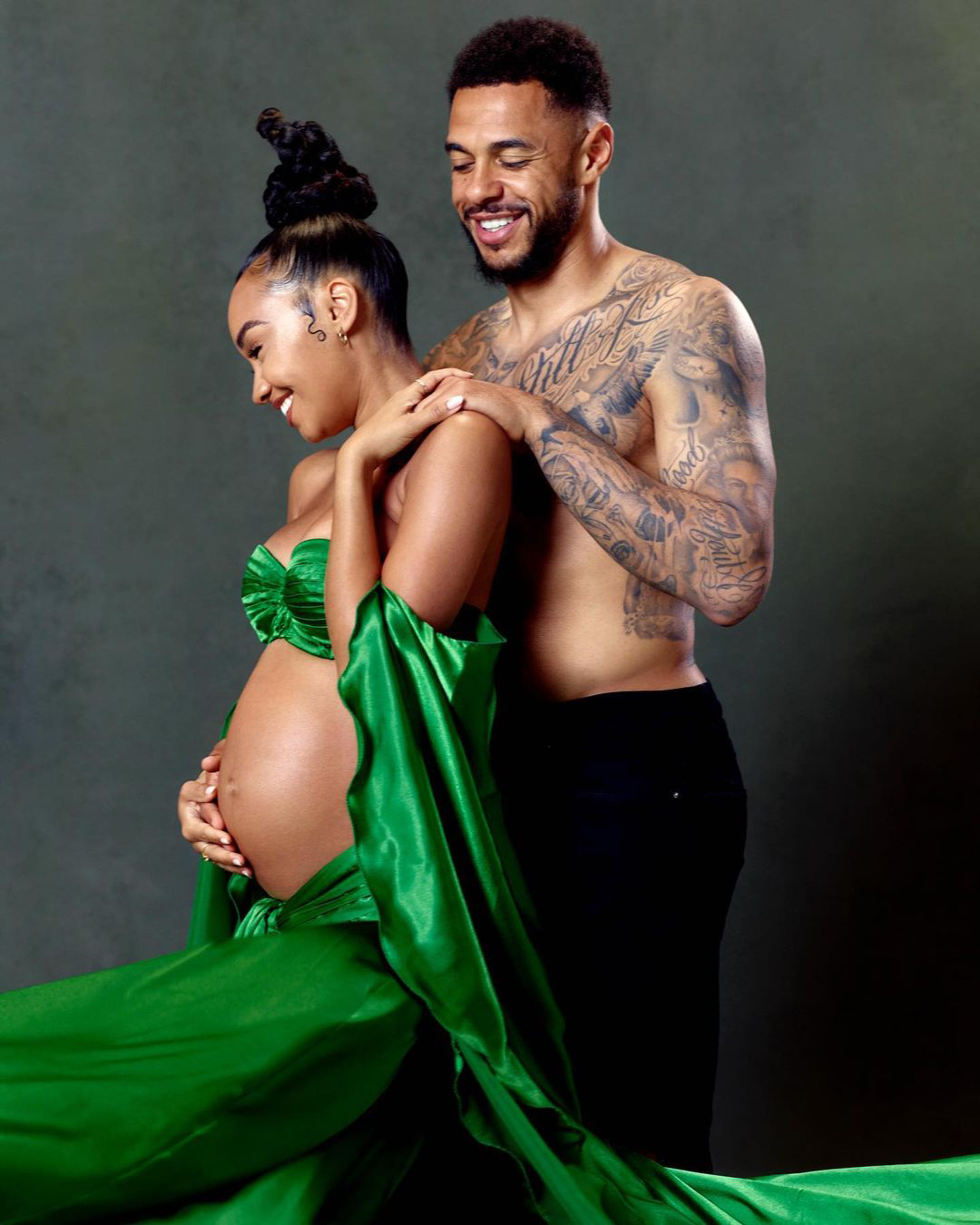 Furthermore, Anne-Leigh confessed that she previously predicted that among all the members of the group, she’ll be the first to become a mom. In a recent interview, the group came across a fan tweet that read, ‘One day… some lucky people are gonna be able to say ”my mom is Leigh-Anne pinnock… & my aunts are Perrie Edwards, Jesy Nelson, and Jade Thirlwall”. and vice versa. At that time, Leigh-Anne would have been pregnant, and the other members must have known. Perrie even gave us a hint and said it may come true soon.

Previously, Anne-Leigh opened up about her partner and how he is her biggest support system. The two always talk about how racism ruins things and how it is what makes them confident and strong. During an interview, the singer said that Andre is like his backbone, and if he wasn’t with her during the tough times, she did not know what she would have done.

Leigh-Anne confessed that they regularly discuss [experiencing racism], and she loves how pro-black he is. She said that he is an inspiration for her. Meanwhile, the singer believes that being black is her ultimate power. And now she knows what her power is, she can achieve big things.

As the family is growing, the duo needs more confidence, and the fans are happy to know that they are mentally healthy.

Until then, stay tuned and keep reading to know more about your favorite celebs.