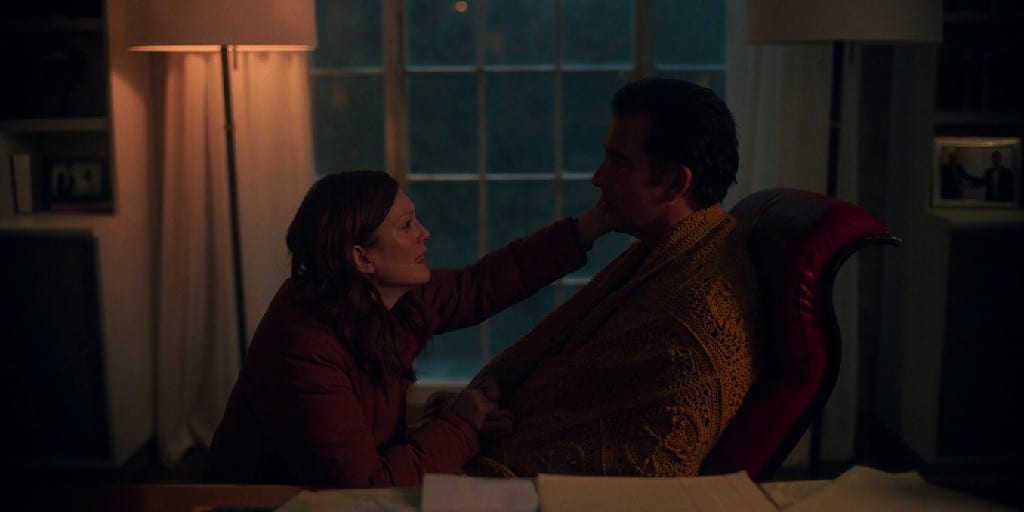 Lisey’s Story Episode 5 might finally give us a proper introduction to the world called Boo’ya Moon. Whatever it is, the previous episode gave us a minor glimpse. The water that heals and we finally met the monster the place has been teasing about. Until now we only heard roars but we finally met what Scott likes to call is The Long Boy. He is scary and we wonder we will see him again. Talk about scary things, James Dooley has made quite a scar on Lisey and it seems like she is now haunted by him as he has threatened to kill her sisters if she makes a single call to cops.

While James inflicted the damage on Lisey, she sat there remembering her times with Scott. Those eventually took her to the first time she visited Boo’ya Moon. Step by step, Scott told everything that fascinated him about this place. Plus it’s indeed real even though Lisey told its not to Amanda previously. We also witnessed the dangers and magic there. Plus there is a lot more to this place which will be revealed in the coming fifth episode of Lisey’s Story. So let’s break down what happened previously on the show first.

Previously on Lisey’s Story, we opened up with Lisey discovering James Dooley breaking into her house. While he left a message around, she didn’t realize he hasn’t left yet. James sees the moment to pounce on her to choke her into unconsciousness. She wakes up all tied up. We see a confrontation as James uses his various sinister ways. Only to get Lisey to reveal the location of Scott’s unpublished works. Lisey tries to explain him as the wife of Scott but Jim’s a sexist. At one point, she is ready to give in some of the work. Only for James to think she is lying. What we see next is more torture and a promise from Dooley he will return leaving her unconscious. 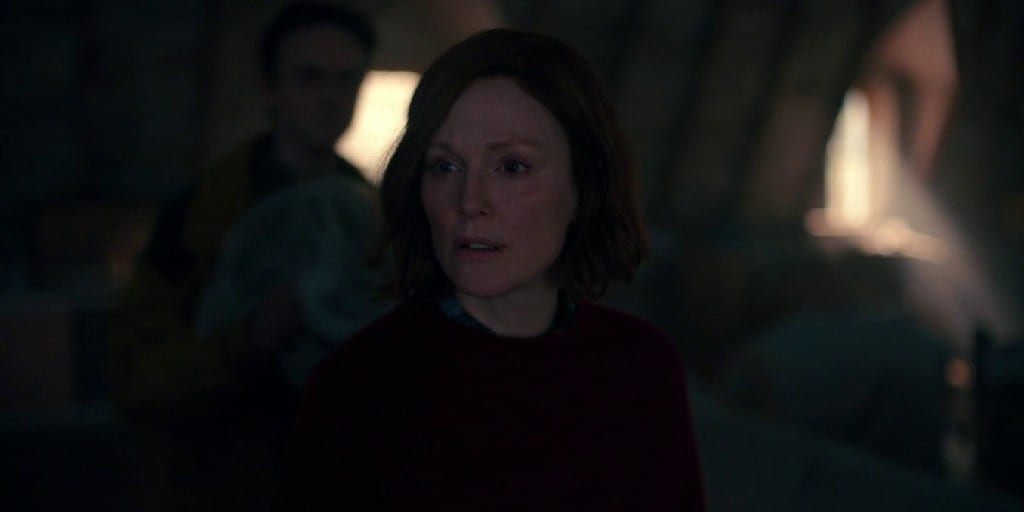 When Lisey wakes up, she finds a note from Dooley. It reads him promising if she tells anyone, he will come to kill her. But first, he will kill her sisters. Meanwhile, Darla tries to get food for Amanda while Dooley stares at her from inside of the house. This clearly states he has his eyes on. Only Amanda can feel the torture Lisey went through out there in the Boo’ya Moon. With Jim Dooley’s threat, Lisey decides not to tell anything to the cops. 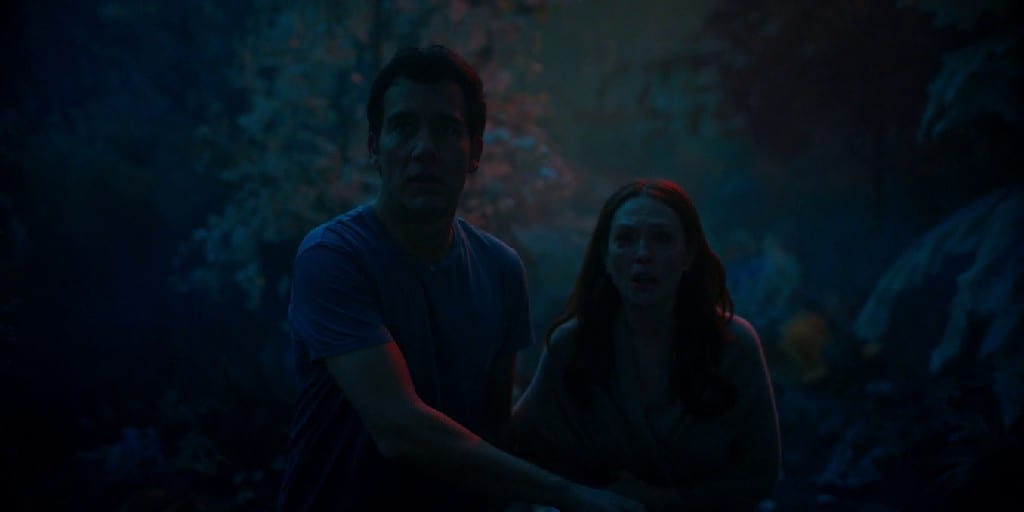 Sitting by the pool, Lisey remembers old times when Scott didn’t speak much to her. She tried to get answers from Amanda. Through more flashbacks from back in time, we see Scott taking Lisey back into Boo’ya Moon. The place is real and that’s where Paul is buried as well. Apart from that, we also see a big monster. Scott likes to call him The Long Boy. The monster chases the couple away before they are brought back. Scott reveals the first time with Paul when he saw the Long Boy up close. He hurt Paul and the water at the Pool healed him.

Lisey’s Story Episode 5 is releasing on 25 June 2021 and will be released exclusively on Apple TV+ at 12.00 AM ET. With the remaining three episodes, expect a new episode every Friday following the fourth. Until the first season run of the show ends. Since there is no promo for Lisey’s Story Season 1 Episode 4, check out the official synopsis breakdown and trailer below.

Lisey’s Story Episode 5 is titled, “The Good Brother”. As per the official synopsis of the episode, we should expect another dive into the Boo’ya Moon. Yes, Lisey is remembering all the times she spent there now. The fourth episode gave us a minor glimpse of how Scott introduced Lisey to the mysterious alternate world. There is more to it than the Long Boy and the water that heals. What is it? That’s all Lisey’s Story Episode 5 will be all about. Apart from that, Scott will be moving further inside Paul and his family’s dark past. We may finally know how Paul died or his father died. After all, at least Paul is buried out there in Boo’ya Moon.