A new Stephen King adaptation joins the catalog of Apple TV+. Since its very launch, the OTT platform has reputed itself with a lot of quality content. With Lisey’s Story, we are hoping the same to be followed. The OTT already has a brilliant horror/thriller show in form of Servant and now Lisey’s Story will be another one in the genre. Pablo Larraín directed the series with Stephen King himself on the writing team. J.J. Abrahams has produced the show. The series premiered on 4th June 2021 with Julianne Moore in the titular role. Joining her is Clive Owen, Joan Allen, Dana DeHaan, Jennifer Jason Leigh. Here we are taking a look at Lisey’s Story Episode 1 and explaining what went down in the premiere.

Lisey’s Story Episode 1 divided itself into a number of flashbacks, dream sequences, and everything going on in present. It’s kind of difficult guessing what the characters are up to. From Lisey relieving the day her popular writer husband getting shot. Then how her husband began laying the groundwork for the bool hunt game and the special water. Then towards the Rogers of Shipman Library wanting Scott’s work. Amanda’s mental state along with Lisey’s mental state and what is the connection between Amanda and Scott. What are the dream sequences about? Let’s break down the entire episode and figure what we know about it.

What Went Down In Episode 1?

Lisey’s story opens up to obviously Lisey reminiscing her past as she remembers the day a crazy fan shot her husband. Lisey’s husband Scott Landon was one of the popular writers around. Moving on we see her wake up from a dream. The house is filled with belongings of Scott including his books. Newspapers featuring the assassination. Lastly, the shovel which Lisey used to attack Scott’s assassinator. The shovel reads “Bool. The first Clue I said Doctor Mr. M.D.” But she pushes the shovel in.

Lisey receives a call from her elder sister Amanda. She reminds her of the lunch they were supposed to have. The conversation goes difficult when we come to realize Amanda isn’t mentally stable. This leads Lisey to make a call to her middle sister Darla. As they both try to reach Amanda before she hurt herself, Professor Roger Dashmiel confronts Lisey. He is convincing Lisey for a while to leave John’s work and shift it to the library but she denies it and leaves. 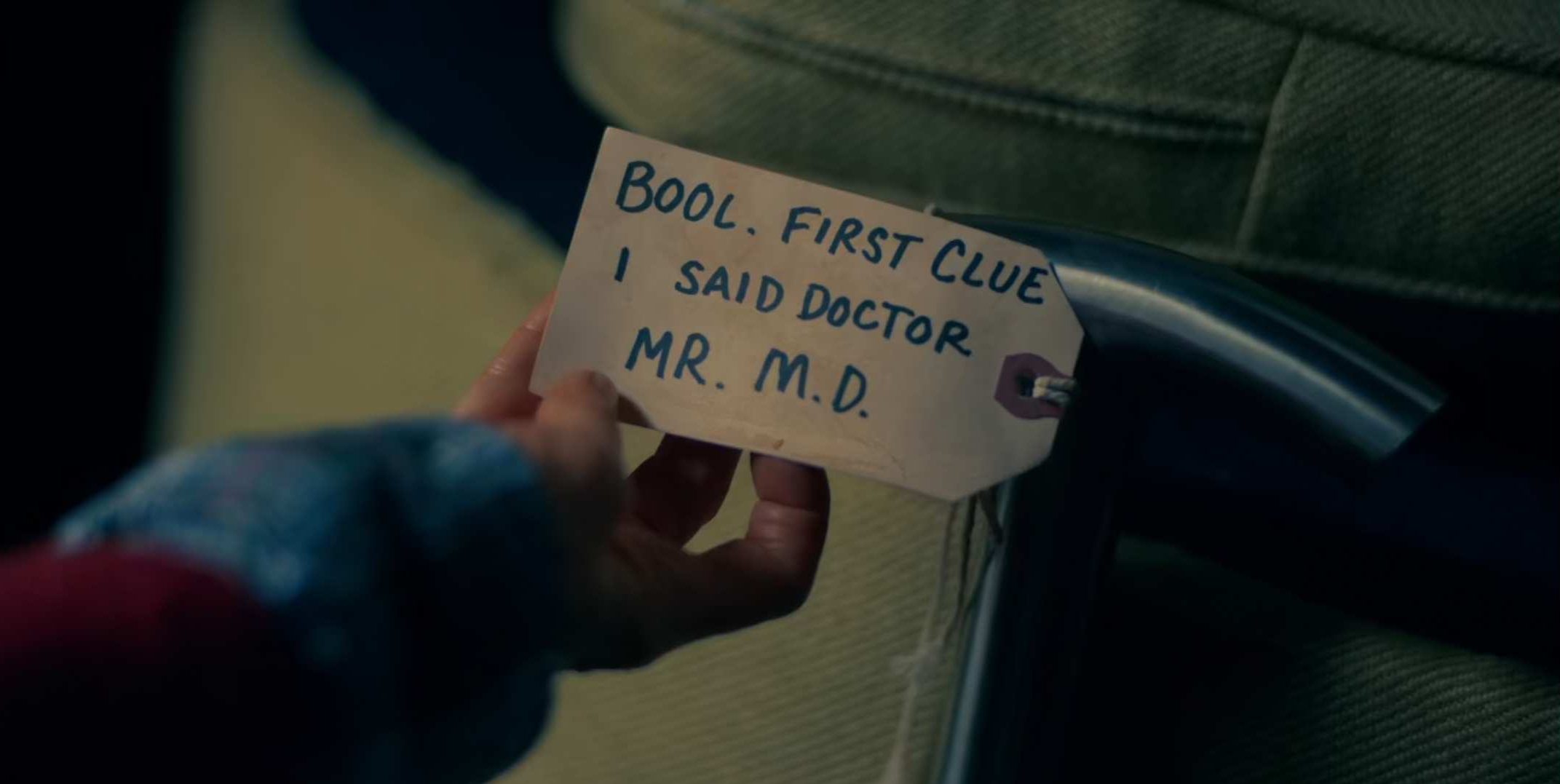 Darla comes in time to comfort Amanda and soon Lisey follows in. Darla believes Amanda hasn’t taken medicines for a while resulting in this. Scott helped her out before in this. So Lisey decides to stay in for a night hoping her sister will improve. Apart from that, she tries to figure out what Scott would have done in the same situation. Coming to Amanda’s flashback we see her in the same position as Darla found her but comforted by Scott who late spits water into her body through the mouth Amanda later refers to the water as the one from the pool on the Booya Moon. She also refers to a treasure hunt Scott left much like the one at Lisey’s.

Throughout the episode, we see more in and outs of the flashback. Plus some scary sequences revolving around Scott and the incident. One instance sees Scott explaining the Bool hunt which is much like every treasure hunt with a prize. The only takeaway is this special water. Furthermore, on the other side, Dashmiel hires a man called Jim to take down Scott’s works from Lisey.

After several teases throughout the episode, at a wedding dream sequence, Lisey finally asks Scott the purpose of the bool hunt. Scott on the other hand just warns her to take care of Amanda and disappears. The song referring to Dr. MD plays on and the same is written on the sand. The reveals result in Lisey waking from sleep to find Amanda missing. Another dream kicks in where we see Lisey facing the man who shoots Scott again but this time he takes a shot at her which leaves her knocking out on the chair. She finally wakes up and finds Amanda in the bathroom to comfort her. From all of this, as of now, we know the mental situation of Lisey isn’t that great too. We saw her knocking herself on the car door time and again initially in the episode which suggests a lot. 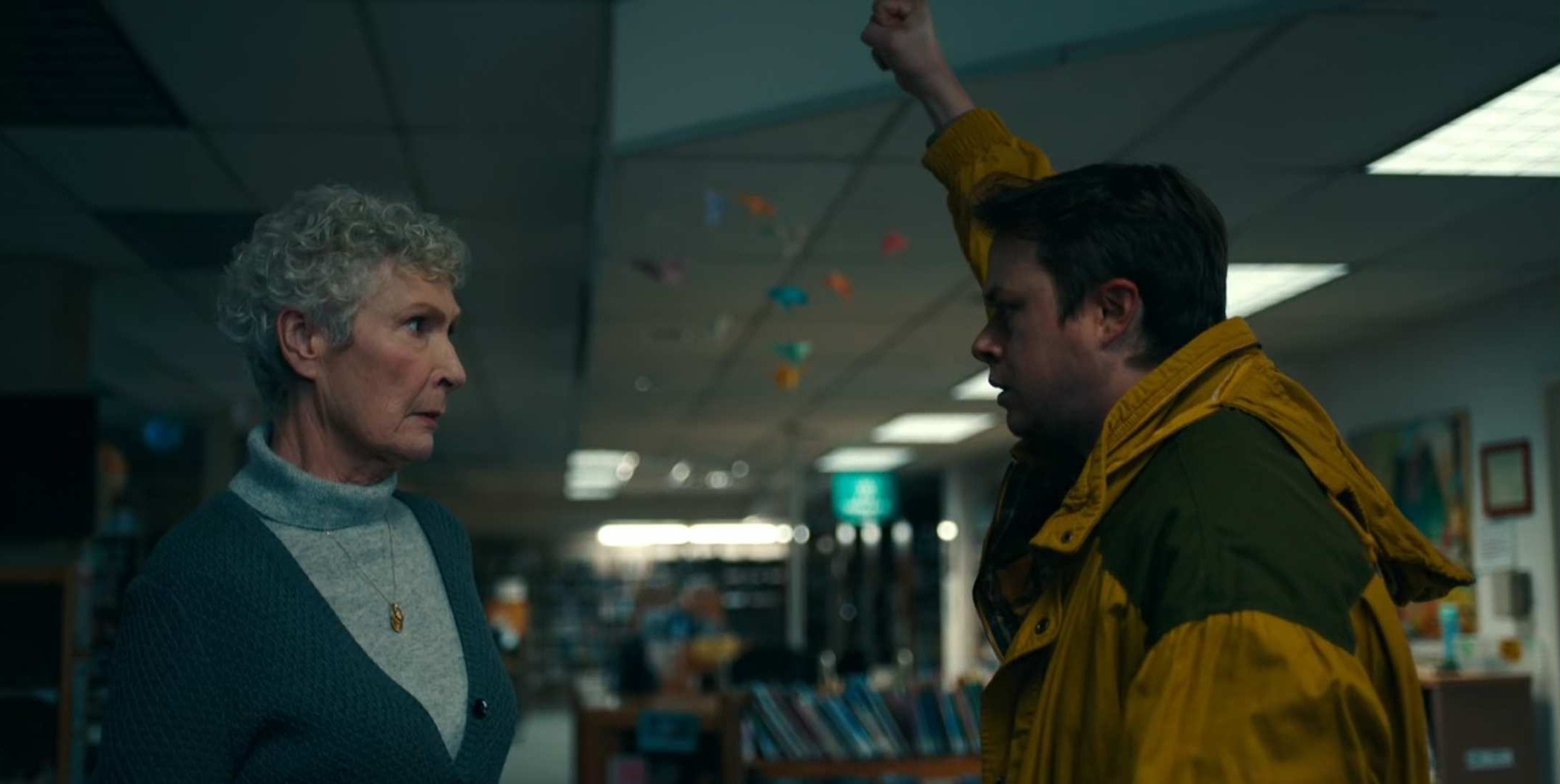 Coming to the man Dashmiel hired. He is at the library where we saw him go aggressive whenever the librarian went against Scott’s word. Seems like Jim is a dedicated fan of his and claims he learned everything from Rogers. Before he leaves, he salutes and raises a slogan called “campers forever,” and “beam me up, Scotty” for the love of Scott. Coming to Lisey again. Using the dream sequences she uses the clue given about Dr.  MD which led her to Dr. Hugh Alberness. Calling him results in Lisey acknowledging Scott knew about something like this happening to Amanda. So he already had set up everything for her.

The episode ends with Jim making a call to Lisey. From his very behavior, he seems like a cult follower of Scott constantly obsessing over him. On the call, he threatens Lisey and tells her she knows nothing about her husband. Furthermore, Rogers knows more.  Much like Rogers stated initially in the episode. But it seems like Lisey isn’t backing down either. Apart from that we also hear a similar monster roar we heard initially in the episode to close it. So there is a lot more to these dream sequences.