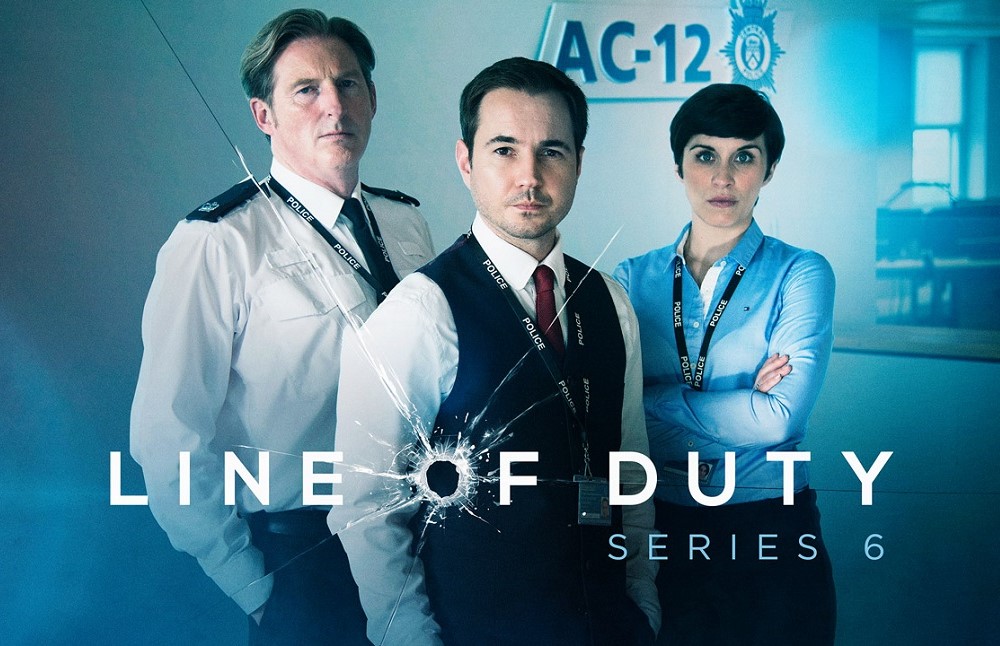 "Line of Duty" Season 6 Episode 1 is coming out soon and here's all you need to know.

“Line of Duty”, the British police procedural TV series is back with its sixth season and is soon going to premiere its first episode. Created by Jed Mercurio, the show made its debut on 26th June 2012. It received some mixed reviews initially but as time progressed, the viewers fell in love with the series. Moreover, the critics also highly rated the show as it brought something new to the table. In fact, the series has an average score of 98% on Rotten Tomatoes and an average rating of 8.7/10 on IMDb. Consequently, the show has been renewed for a new season time and again. As a result, here we are as the British drama is soon going to premiere its first episode for the sixth season. So, let us dive further into the article to find out everything about the show and its new season.

Am sooooo excited for line of duty season 6 this month🤩🤩🤩🤩🤩🤩🤩

I'm so Excited that BBC has announced Season 6 of the #LineofDuty6 #LineOfDuty
😋🙏 Praise the Gods!

Everything you need to know about “Line of Duty”:

“Line of Duty” is an American police procedural series created by Jed Mercurio. Mercurio has written the show as well and it is broadcasted on BBC Two. Stephen Wright and Simon Heath are the executive producers of the show whereas World Productions is the production company behind it. The series is filmed completely in Belfast and each episode usually has a runtime of approximately 57 minutes. Besides this, ITV Studios and Kew Media are the only distributors for the British series. It has also won many awards and nominations nationally as well as internationally. Anyhow, now let us have a look at the main cast for Season 6 of “Line of Duty”. 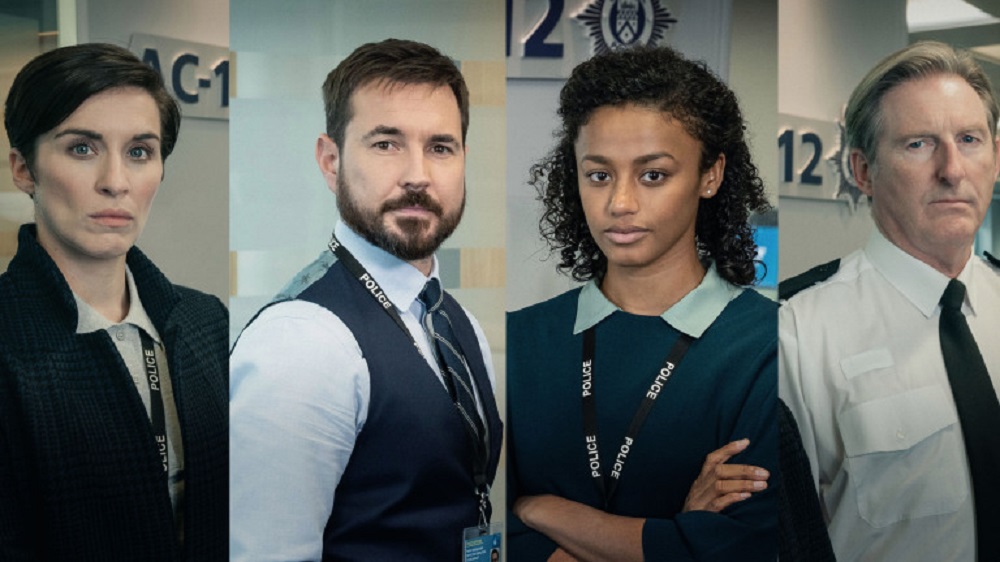 A still of the entire main cast for Season 6 of “Line of Duty”.

Martin Compston as Detective Sergeant Steve Arnott: Martin Compston is a former professional footballer and Scottish actor. He rose to fame for playing the role of Ewan Brodie in “Monarch of the Glen”. Some of his other best works include “The Nest”, “Ken Loach’s Sweet Sixteen”, “The Wee Man”, and “The Aftermath”.

Vicky McClure as Detective Inspector Kate Fleming: Vicky McClure is an English presenter, model, and actress. She is quite popular for portraying the character of Lol Jenkins in “This Is England”. Some of her other famous works include “Broadchurch”, “A Room for Romeo Brass”, “The Secret Agent”, and “Alex Rider”.

Adrian Dunbar as Superintendent Ted Hastings: Adrian Dunbar is an Irish director and actor who is best known for his works in theatre and television. He has been a part of many famous series and films like “The Playboys”, “Blood”, “The Hollow Crown”, and “How Harry Became a Tree”.

Kelly Macdonald as Detective Chief Inspector Joanne Davidson: Kelly Macdonald is a Scottish actress who is popular for portraying the character of Helena Ravenclaw in “Harry Potter and the Deathly Hallows- Part 2”. Some of the other brilliant shows and movies that she has been a part of are the “Trainspotting” movie series, “Giri/Haji”, “Holmes & Watson”, and “Boardwalk Empire”. 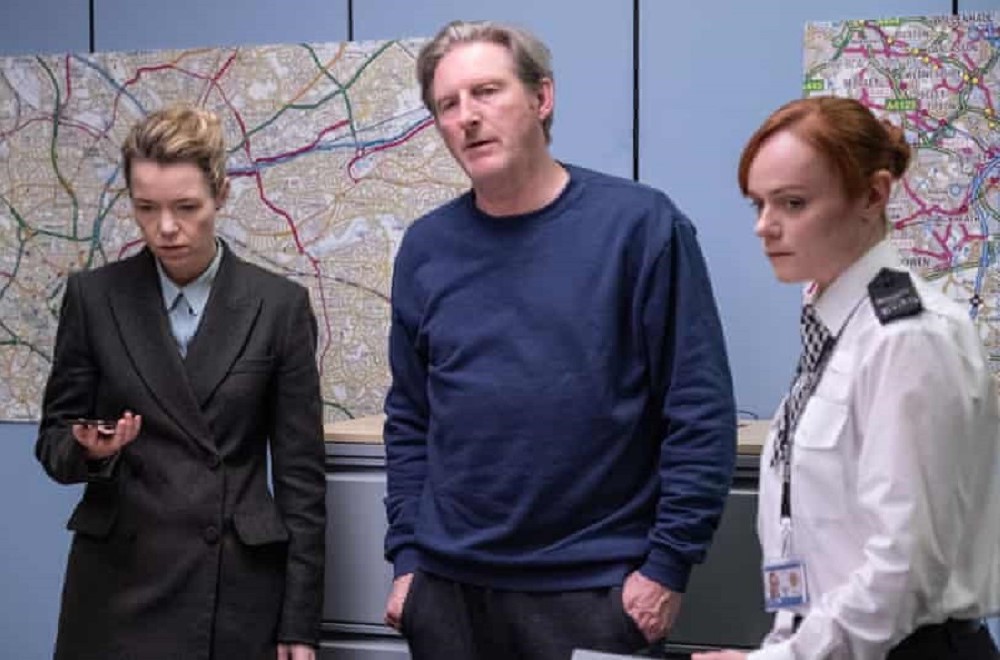 A still from the previous season finale i.e. “Line of Duty” Season 5 Episode 6.

What to expect from the Season 6 premiere of “Line of Duty”?

There is no special title for the first episode of “Line of Duty” Season 6 just like its episodes from the previous seasons. However, we have some spoilers for the premiere episode. At the end of Season 5, we came to know that ‘H’ was actually four people and not just one person. However, as of now, only three people have been exposed. So, we have our doubts that the fourth person could be Hastings which might be revealed in the upcoming episode. Even though he was exonerated in the end for the crimes that he had committed, there is a possibility that he might be the last one. So, the actual identity of ‘H’ might be resolved in the upcoming episode. BBC has released a trailer for “Line of Duty” Season 6 on their official YouTube channel. It has already crossed 272k views and you can watch it below.

“Line of Duty” Season 6 Episode 1 is going to air on 21st March 2021 i.e. Sunday at 9 PM GMT. You can tune in to BBC Two at the time mentioned above to watch the episode. Nevertheless, if you miss the episode due to some reason, you can also stream it later on the official website of BBC or its app. Apart from all this, you can also watch the episode of iTunes, Vudu, or Amazon Prime Video by buying or renting the episode or the entire series. So, brace yourselves as the British drama series returns with yet another exciting and thrilling season to entertain us. Until then, let us know in the comments section what are you most excited about in this season. Also, tell us how do you think will the story proceed from here on.