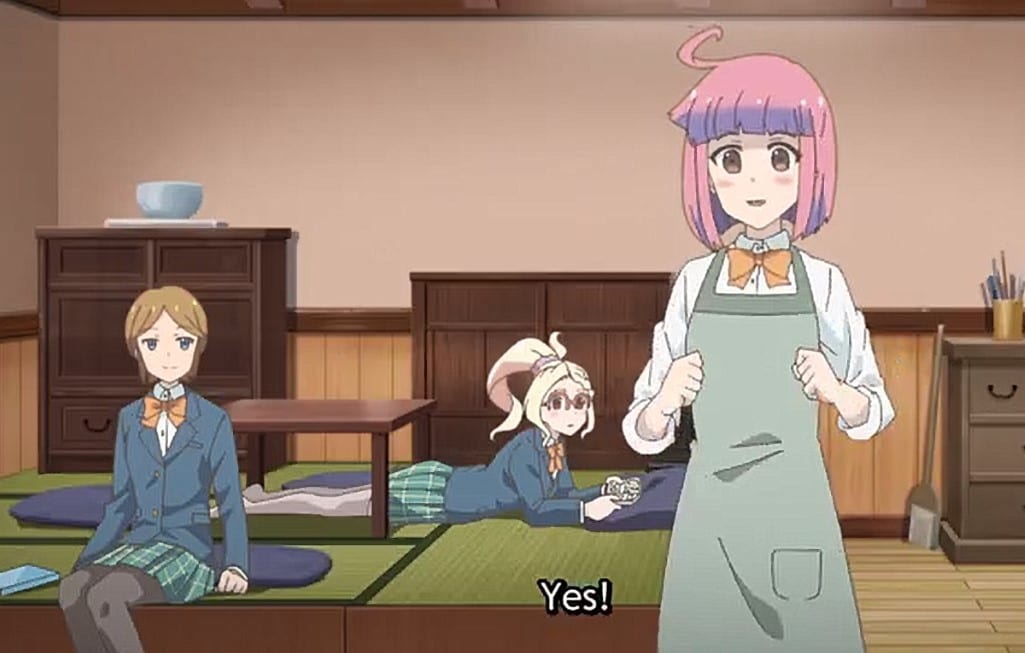 Himeno has the best days of her life ever since she moved to this town with her father. Due to financial reasons and the start of a new business, the family decided to move to this town. Himeno befriends Nao and Mika. After she told them about the business that her family runs, Mika got interested in her idea. She was also stunned when Himeno make a presentation on the first day of their school. She saw the mugs that Himono and her family sell.

Mika decided to ask Himeno to join her poetry club and realizes that Himeno will play an important role.  Nao and Mika teach Himeno about everything they do in the pottery club. Himeno also finds out why Nao calls her a Tanuki. In the morning, Nao visited the pottery club, and she was working on something alone. She realizes that ever since she officially joined the pottery club, she has played with clay nonstop. She steps on clay and sais that this is called clay kneading. It is a technique to even out the clay’s hardness.

Previously on Let’s Make a Mug Too Episode 3

Stronger people can use their hands, but at the pottery club, they use their feet. Mika also joined Himeno, and they started to work together. They finished clay kneading and cleaned their feet with cold water. Himeno and Mika use that clay and make all kinds of pottery with it. They started to use another technique called hand-building. Hand-building can be used like children’s clay to make all kinds of shapes. Himeno realizes that this reminds her of when she was at grade school.

Himeno notices that Maki seems to prefer this method over the wheel. Maki is making a mysterious something while Nao watches them working. She showed them what she has ordered for them.  Himeno performs another method called slab-building and reveals that uniform-sized clay pieces are called slabs. Using the slab thickness guides on either side. They can also make a slab of the same thickness, and by pushing the number of different slabs, identical plates are produced. 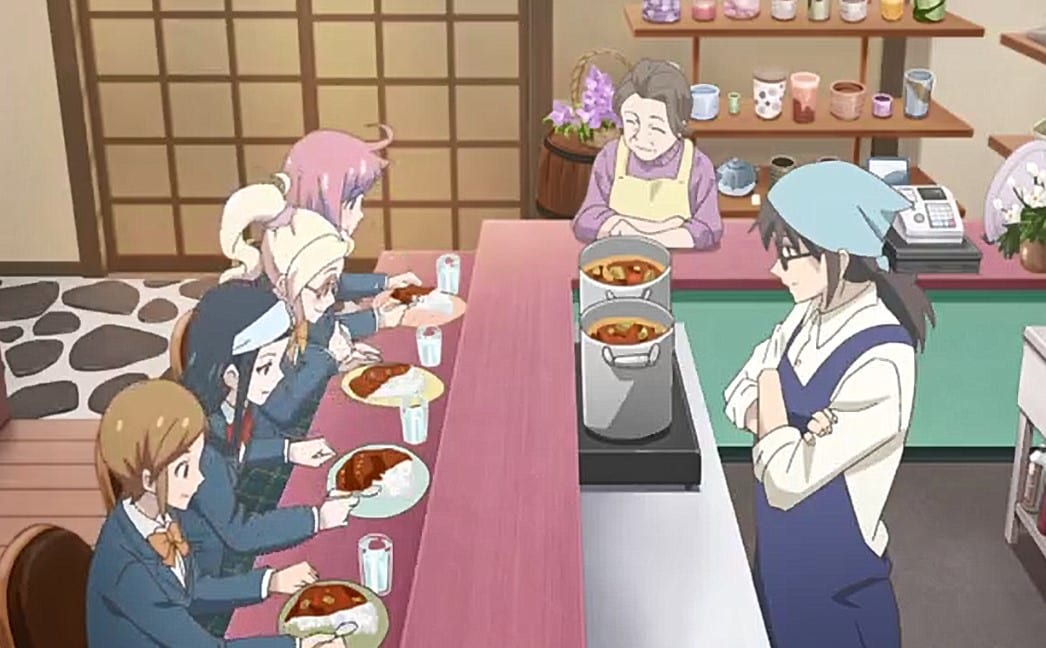 She also performs another step called calling coning the clay up and down. While performing that step, you will feel affectionate towards the clay. Once everything is done properly, the final part will be ready to begin. Toko arrives and asks what Himeno has decided to make, and she replies that a teacup. Himono reveals that there is a teacup that she always likes ever since childhood. She has decided to make it so that she can keep it as her childhood memories.

Toko wonders why she is starting with something that hard. Himeno asks if teacups are hard. Toko comments that the hard things are the size and everything is easy. She reveals that the clay shrinks once they try to make a perfect size. It needs patience and time to do that, and Himeno must consider that. Toko teaches Himeno how to control a clay that is moving and rolling. She told Himeno to try different sizes, and one of them is bound to come out the right size.

Toko also told Himeno not to worry about the small details and focus on what she is doing. She notices that Mika and Nao have been slacking off. She asks them how long they will keep playing, and Mika comments that she is drawing something. Himeno focuses and stays calm as they continue to work. Later she headed home and decided that she will go to finish her work tomorrow. When she arrives home, she took a bath and smelled a curry.

After finishing bathing, Himeno finds that Tokishirou is making a curry. They talked about different curry and what they will serve their customers tomorrow. The next day Himeno heads to the pottery club and continues working with Toko. She manages to make a teacup and head with her friends to her home. They enjoy drinking, using those teacups, and eating curry.

Find how Himeno got a Tanuki name here on Preview: Let’s Make A Mug Too Episode 3.