Leigh is a massive fan of Justin Bieber. She even has his name tattooed on her neck. 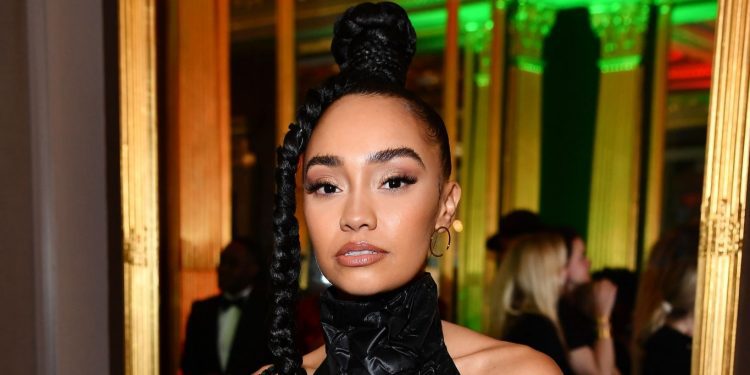 Leigh Anne Pinnock is a famous British singer, songwriter, and actress, best known as a member of the famous British girl group called “Little Mix”. The singer is quite famous among her fans which is why her fans want to know about who is Leigh Anne Dating. Leigh is a massive fan of Justin Bieber as well as has his name tattooed on her neck. Belonging to a middle-class family, she tapped audiences and judges on the reality show “The X Factor”. The girl groups were formed before a live concert, each identifying the other’s vocal strengths. Leigh-Anne continues to win shows with her girl gang, performing as a pop singer in a spectacular band of singers. Leigh owned the stage every time she stepped on it and was nicknamed “a Star in the Making” by the show’s judges.

She didn’t take long to prove them right, and immediately after her success on the show, she and her band members released a hit album and many chart-busting singles. The band is currently being compared to iconic girl groups like the Spice Girls and The Pussycat Dolls. Leigh has come a long way from her first audition as a soloist on the show to her latest gold album. Today, she is the face of many beauty brands and an example that young people in the middle of a social class determine their own destiny. Leigh-Anne has a dream to pursue a career in the music industry, and with perseverance, she won several prestigious music awards. Leigh also worked as a waitress at Pizza Hut before she became famous. Currently, Leigh-Anne has an estimated net worth of £5.9 million.

Leigh Anne is currently dating Andre Gray. The famous couple has been in a relationship since 2016 and expressed their intention to help the black community. The couple got engaged on 28 May 2020 and celebrated their fourth anniversary. Just a year later, in May 2021, Pinnock announced that she was pregnant with her first child from Andre. Leigh gave birth to twins on 16 August 2021. 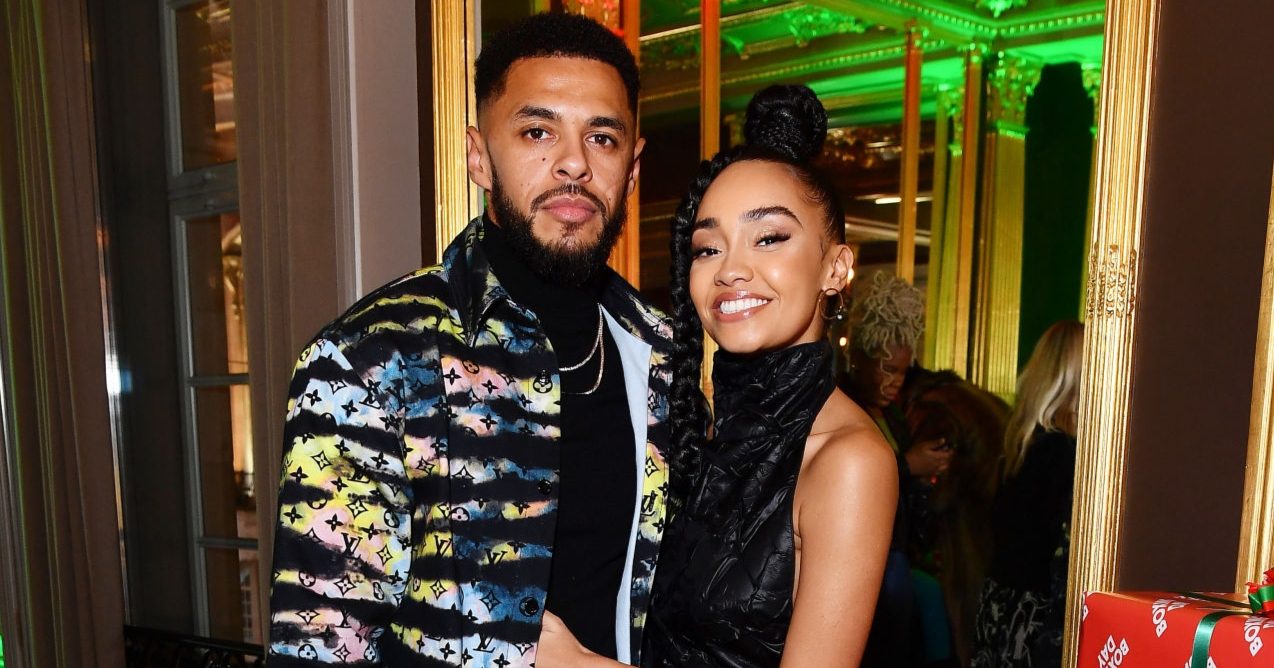 She previously had an on-off relationship with footballer Jordan Kiffin, a British striker who plays for Ashford Town Middle Football Club. He first met Leigh-Anne Pinnock at the August 2013 release party for Little Mix’s single “Wings”. They dated for two years, from 2013 until separating in 2015, and He received a lot of attention due to his high-profile relationship with Little Mix singer Leigh Anne Pinnock. She is also said to be in a relationship with Lucien Laviscount and Jamar Harding.

Also Read: Loftus Cheek’s Girlfriend: Who Is The English Footballer Dating Now In 2021?

Andre Anthony Gray is a footballer who plays as a striker for Premier League club Watford and the Jamaican public group. He started playing football for the Wolverhampton Wanderers youth group but was delivered at the age of 13. In 2004, Andre joined the Shrewsbury Town youth group and started his career at the club. He went on to play for bands such as AFC Telford United, Hinckley United, Luton Town, Brantford, and Burnley. Andre currently plays for Watford. He has addressed England at the C level and Jamaica at the senior level.

From 2012 to 2014, Gray earned six covers for English Public Group C before being invited to the Jamaica Audience Group. On 25 March 2021, he made his debut in the world group for Jamaica. He is crucial for the Jamaican team playing in the 2021 Gold Cup. Andre Gray earns his fortune mainly from his professional career as a footballer; also, His income comes from contracts, salaries, bonuses, and permits. His estimated net worth until 2021 is €23.6 million, and his salary is £3.6 million. His market value is around 4 million euros. 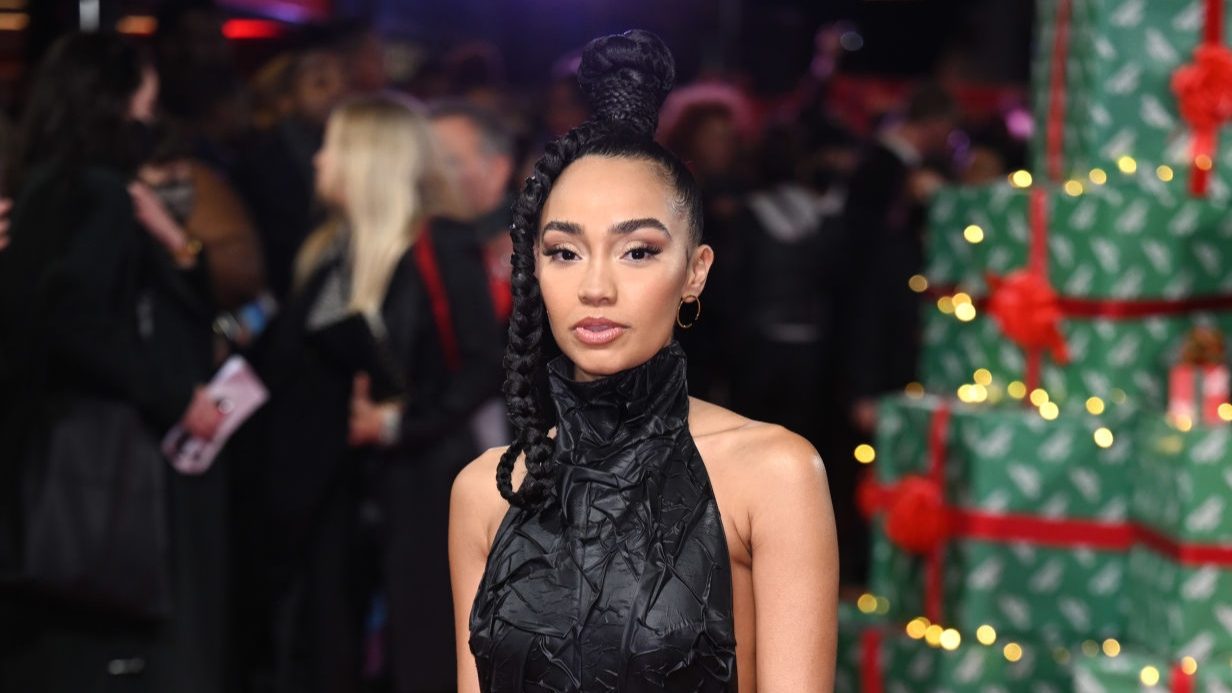 Leigh Anne Pinnock was born on 4 October 1991 to Deborah Thornhill and John L. Pinnock and grew up in High Wycombe, Buckinghamshire. Her mother served at Harlington Community School, whereas his father was a mechanic. Leigh is the youngest of three children, her eldest sister named Sian-Louise, was born in 1984, followed by Sarah in 1989. Anne grew up spending most of her time with her sister or visiting her grandfather in Jamaica. She found happiness in music and started singing at the age of nine.

During her school days, she took part in all events and was a frequent winner of singing competitions and at the age of eleven, she enrolled at the Sylvia Young Theater School in London for several years. During her teenage years, she practiced singing on karaoke machines and often appeared at family gatherings with her sisters, pretending to be the Spice Girls. Her parents separated in 2006 and filed for divorce in the summer of 2009. She overcame the difficulties after the separation of his parents and worked hard during her student years, and in the summer, she did some odd jobs to help her family.