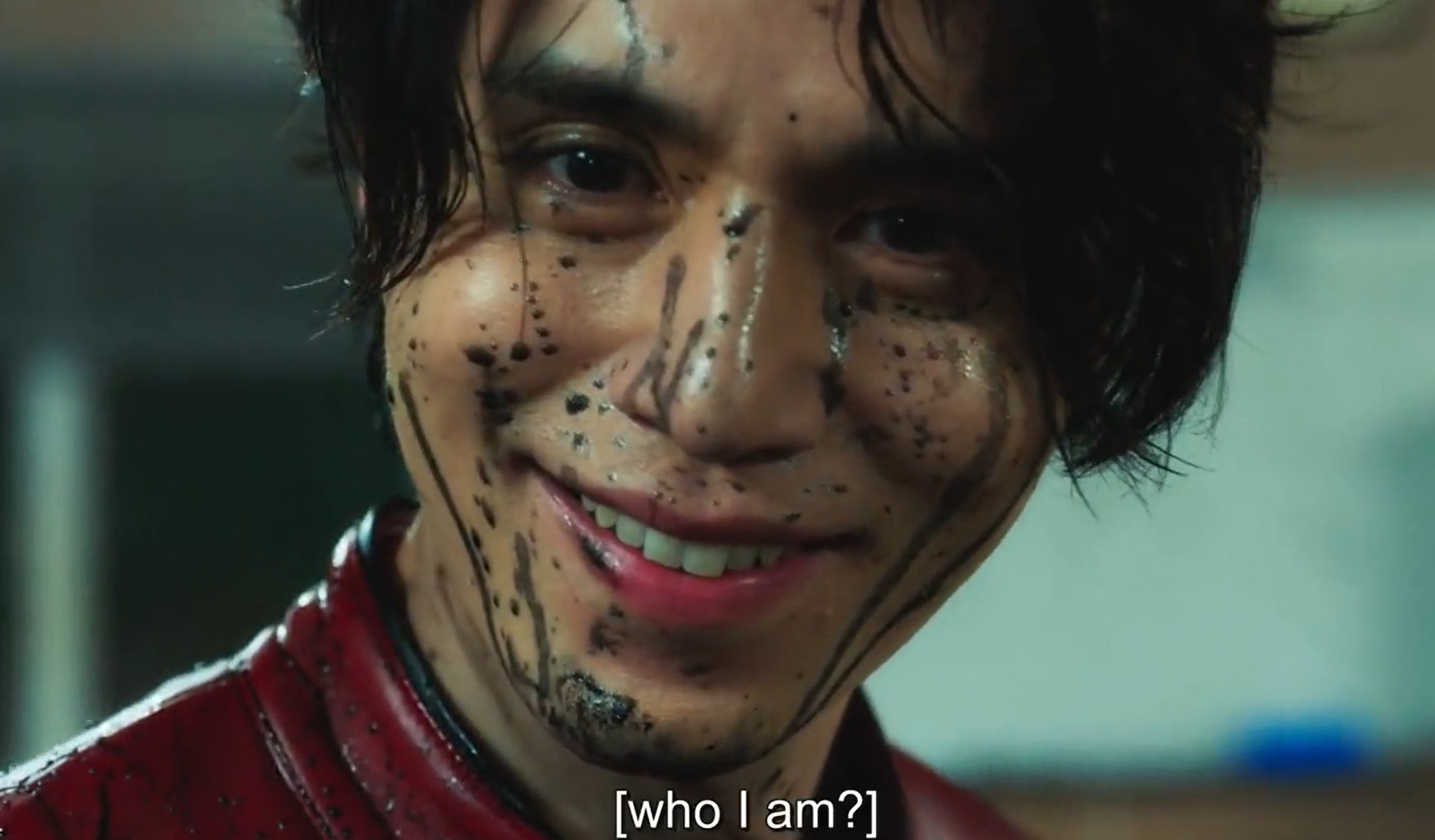 Episode 3 of ‘Bad and Crazy’ is going to be out soon, and things have taken an interesting turn. Our selectively good detective Ryu Soo Yeol and the last hope of the earth, our only superhero, the ‘Helmet’ are the same people. And it’s going to take some while for Soo Yeol to understand this. He woke up in the hospital bed with his mother hitting and cursing him. And he had no idea what had happened. Why was his body aching, and why was he in a hospital bed. Talking to Jae Sun, he got to know that he saved Kyung Tae from a house fire.

Going back to the Kyung Tae’s house, the neighbors told them that they saw Su Yeol arriving there on a bike. And jumping out of the window along with Kyung Tae. Saving him from the fire. As he asked about a man in the helmet, they all told him it was just those two people. But people weren’t really happy with Kyung Tae getting almost killed. As Su Yeol was getting so much hate online for not doing his work properly. Nevertheless, he got the promotion he was wishing on. But not everybody was proud of that. 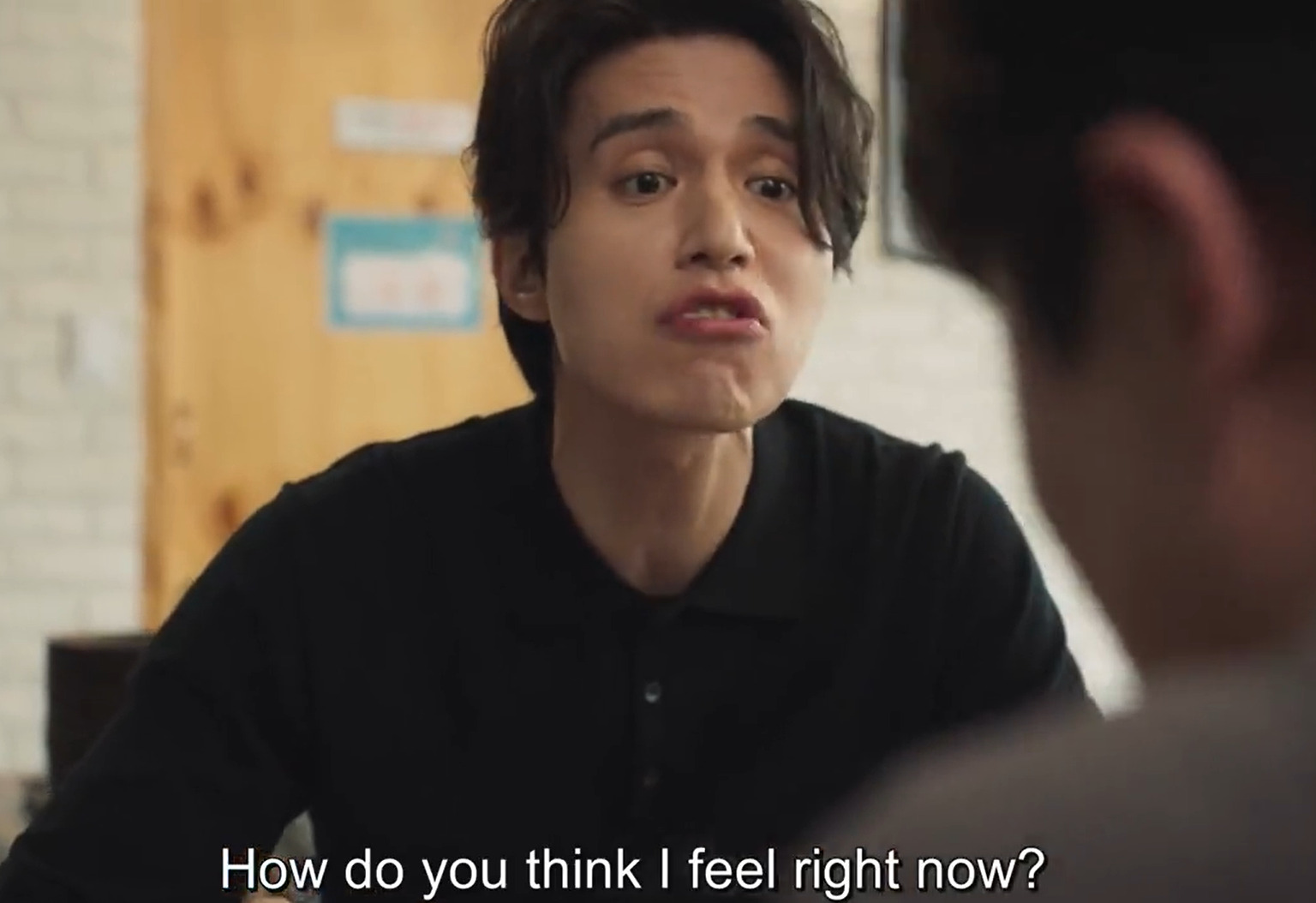 A still from ‘Bad and Crazy’

‘Bad and Crazy’ Recap: Soo Yeol Got His Promotion But At What Cost?

Jae Sun isn’t happy with the promotion as he knows Kyung Tae is being framed by Assemblyman Do. While Kyung Tae is a nosy officer, he isn’t the one to have beef with other people. So while he had some hope when Soo Yeol told him that he was going to find who was behind the fire. Watching Soo Yeol get a promotion because Assemblyman DO put a good word for him wasn’t the thing he expected. And watching Yoo Seul saying Kyung Tae is the one who killed Jung Yoo Na. He has given up on his friend. But when things were fine between them, he did tell him to see a doctor as the helmet guy was getting on his nerves.

Also Read: Yoon Soo Leaks The News of Principal Noh Making A Deal With The Education Office In ‘Melancholia’ Episode 13

Soo Yeol went to see the doctor referred by his colleague. As he told him about the helmet guy, the doctor just went on to dismiss him. Saying that he’s dreaming and this is normal after a person goes through traumatic events. But when Su Yeol told him about what happened in Sauna, the doctor just told him to have some proper sleep. And handed him the sleeping pills. But deep down, Soo Yeol knew that the interactions with helmet man were too vivid to be just dreams. With Jae Sun and Hee Gyeomi mad at him for letting Kyung Tae go like that. It didn’t take long for Helmet to come back again. 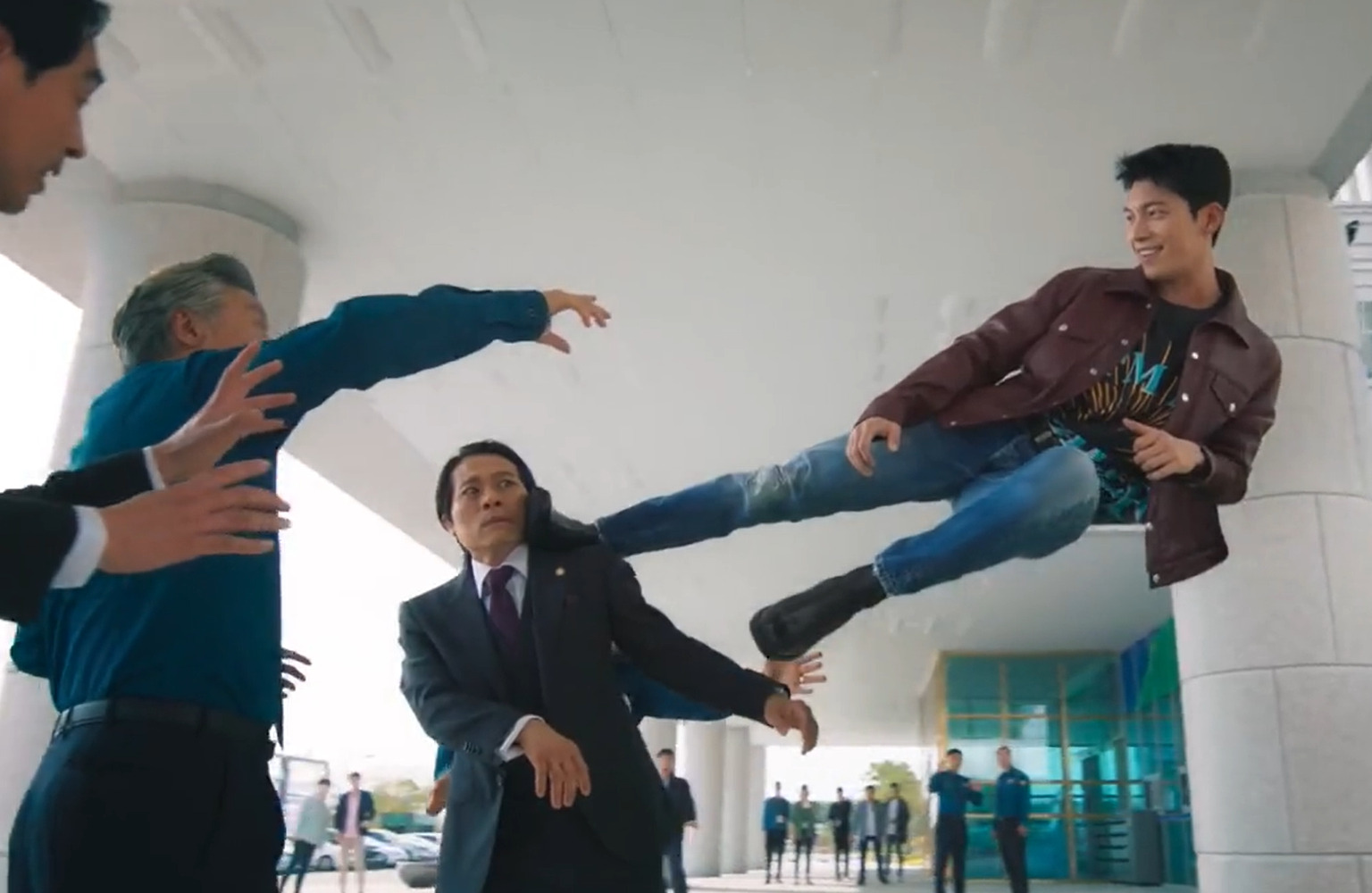 A still from ‘Bad and Crazy’

‘Bad and Crazy’ Episode 3 Release Date and What Might Happen?

‘Bad and Crazy’ Episode 3 will release on December 24, 2021. Assemblyman Do has been re-elected again, and everyone is celebrating. While Jeong Yu Na is dead and her daughter, who had been looking for her for weeks, had to sit through the funeral. Coming into the work as Soo Yeol made his way to the bathroom after meeting Assemblyman Do. He saw the ‘Helmet’ making his way to the superiors. ‘Helmet’ paid no attention to Soo Yeol calling him from behind. And went on to kick Assemblyman Do straight in the face as everybody looked at him in shock and horror.

But since ‘Helmet’ is Soo Yeol himself, everybody is after him for the massive trouble he just caused. After all, Ryu Soo Yeol couldn’t live suppressing his good self living in the corrupt world. So it had to come out as the ‘Helmet’ who has a name ‘K’. Having a hard time understanding that he is ‘Helmet’ himself, Jae Sun is helping him too. Till then, as he balances his life with K and looks into the ‘Jung Yoo Na’s murder case’. Things are getting pretty intense.

‘Bad and Crazy’ episode 3 will be available to watch on the streaming platform ‘iQIYI’. Each episode has a runtime of 1 hour 15 minutes.

Also Read: The Beginning Of Yi San’s Majestic Reign As A King in ‘The Red Sleeve Cuff’ Episode 14