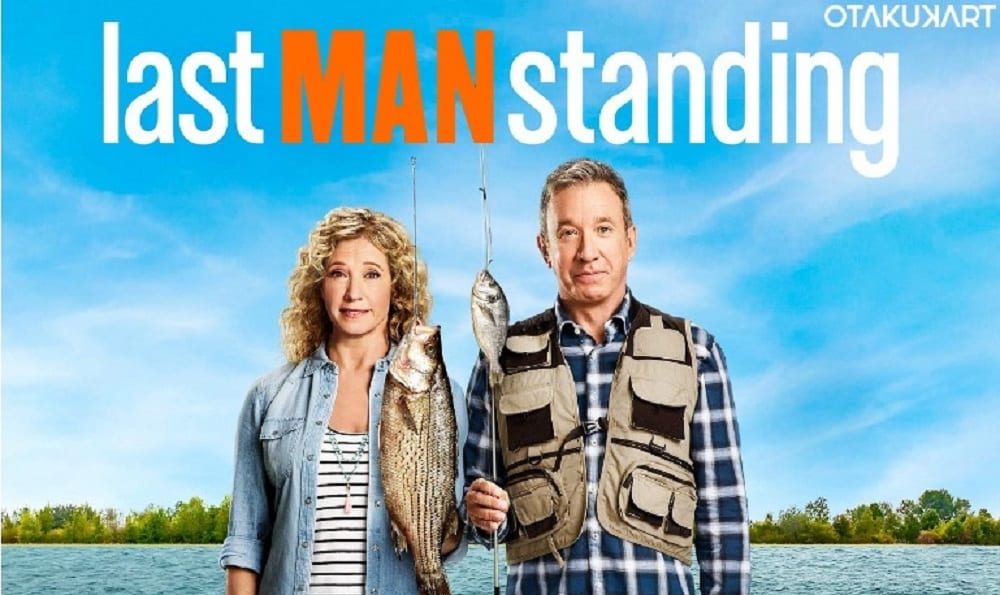 Last Man Standing Season 9 Episode 20 is coming out next week and here's all you need to know about it.

‘Last Man Standing’, the American sitcom series is back with its ninth season and will soon be airing its 20th episode. Created by Jack Burditt, the show aired its pilot episode on 11th October 2011. It recorded an outstanding 13.19 million viewers from the US itself on its premiere. It even garnered many mixed reviews from the critics as well as the audience initially. However, as time passed away, people started to like the show and its plot.

In fact, the show currently has an average score of 81% on Rotten Tomatoes and an average rating of 7.5/10 on IMDb. As a result, Fox has been renewing it over and over for years now, and hence, it is back with its ninth season. So, let us dive further into this article to find out everything about Last Man Standing Season 9 and its upcoming 20th episode.

‘Last Man Standing’ is an American TV series created by Jack Burditt. It runs in the genre of sitcom and stars Tim Allen and Nancy Travis in the lead roles. The show has aired a total of 192 episodes to date over the course of its 9 seasons (with the ninth season currently running). It airs an episode on Fox every week on Thursday, with each episode having an approximate runtime of 21 minutes. Tim Allen, Marty Adelstein, Shawn Levy, John Pasquin, Tim Doyle, and Kevin Hench are the executive producers of the show. 21 Laps-Adelstein Productions, NestEgg Productions, and 20th Television are the production companies that have funded the project whereas Disney-ABC Domestic Television acts as its sole distributor. Moving on, you can have a look at the recap for the previous episode below.

Last Man Standing Season 9 Episode 19, which was released yesterday was titled “Murder, She Wanted”. Josh Greenberg and Jordan Black had written the episode’s teleplay, whereas Victor Gonzalez had directed it. In that episode, we got to see Mandy getting jealous of Mike after he spent time with Ryan at a marketing retreat. Moreover, Ed was trying to persuade Joe and Chuck to see a musical. All and all, it was a really amusing and interesting episode. Furthermore, the episode has started building the base for the finale episodes of the show. Anyways, let us see a few spoilers for the penultimate episode of Last Man Standing Season 9.

Last Man Standing Season 9 Episode 20 is titled “Baxter Boot Camp”. Ed Yeager has written the teleplay for the episode. In this upcoming episode, you will get to see Mike teaching Kristin about how to balance his work and life hand in hand. On the other hand, Mandy and Vanessa educate Jen about camping. Besides, Ed will inquire Kyle about how he can get into heaven. Apart from all this, Mike’s beloved truck will be stolen when he finally completes its redevelopment that he had started 10 years ago. The production has not released a trailer for the forthcoming episode as of now. However, they did release a trailer for Last Man Standing Season 9  on the official YouTube channel of TV Promos. It has already crossed 78k views and you can click to watch it below.

Last Man Standing Season 9 Episode 20 is going to release on 20th May 2021 i.e. on Thursday at 9 PM ET. You can tune in to the Fox channel at the broadcasting timeslot mentioned above to watch the episode. You will even be able to stream the episode on the official website of Fox or its app just a day after its official broadcast. Moreover, the episode can be streamed online using live TV streaming websites such as DirecTV and FuboTV. Aside from all this, the episode can be purchased or rented from VOD services such as iTunes, Amazon Prime, and Apple TV. So, gear yourselves up as your favorite sitcom series will soon be returning with another fun-filled and humorous episode once again.