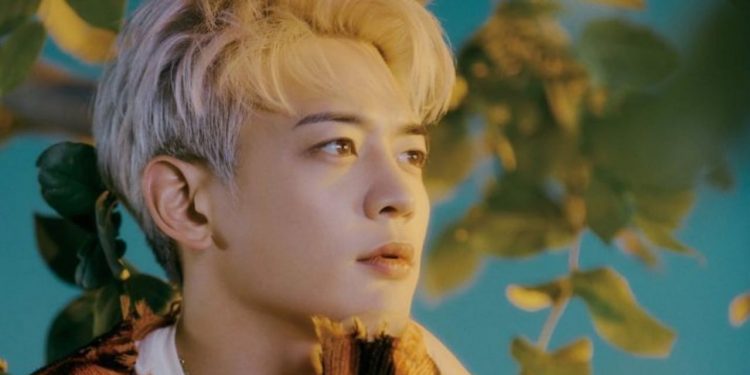 The Kpop industry has idols full of talents, whether it comes to singing, dancing, or even acting. The standards that South Korean society has placed on these idols are nothing less than perfection. So when we see Kpop Idols acting in shows, movies, and anything else other than their music videos, it’s not a surprise. There are so many idols who work as actors in the industry currently, and they do such a good job at it that we even forget that they are actually Kpop idols who are acting, and not the other way around.

With all the drama and intensity in almost every music video, Kpop idols are already expected to be great actors. They have to dance, act, lip-sync and do so much more as a Kpop idol. Apart from the music videos, their live performances are nothing short of a majestic experience in itself. And so, if a few of the Kpop idols use their training as an idol to work on-screen alongside other actors, we’re not surprised. In fact, the fans are excited at all the new content they get from their favorites. (Brownie points if they are working as leads in romance dramas!) Here we have put together a few of the Kpop Idols who have worked as Actors in Kdramas and made us fall for them even more.

Idols Who Are Also Actors:

One simply cannot think of Kpop idols who are actors without thinking about IU. Lee Ji Un, the solo artist who had her debut as a singer in 2007 with her album “Lost and Found”. During the promotions for one of her albums, IU started working on the variety show “Heroes,” from where she got cast as the main lead for a Kdrama. IU’s first role as an actress was that in “Dream High,” where she played a teenager who wanted to pursue her dream of being a singer. After that, she has done many Kdramas, most of them being award-winning and award-nominated. Some of her best work as an actress could be in shows like “Hotel Del Luna,” “My Mister” and others.

Lee Dong Min, more popularly known as Cha Eunwoo, is a member of the boyband Astro. Eun Woo was first seen on screen in 2013 when he played a small role in the movie “My Brilliant Life”. Eun Woo made his debut as a singer in 2016 when his group released the single EP “Spring Up”. Eun Woo got popular very quickly because of his handsome looks and how they perfectly fit South Korean standards of true beauty. Apart from being an actor and a Kpop band member,

Eun Woo is also a very popular TV Host. He’s been the MC on Music Core from 2016 to 2018, where he anchored alongside Kim Sae-Ron, Lee Soo-min, and Xiyeon. Eun Woo’s first big Kdrama debut was in 2017 when he played the lead role in “Hit The Top”. After that, Eun Woo has starred in popular Kdramas like “Gangnam Beauty” and the very hit 2021 show “True Beauty.”

Got7’s Jinyoung is a trained actor as well as an idol. His parents opposed his dream of being on TV and said he could audition once and if he fails then he’ll have to focus on his studies. But Jinyoung passed his SM auditions and won the popularity awards. Jinyoung is one Kpop idol who had his acting debut before his debut as a singer. After taking acting classes for six months, Jinyouing was cast in the Kdrama “Dream High 2” in 2011. He was cast as a supporting character in the show along with his other bandmate JB. Jinyoung made his singing debut with the rest of the members of the band in 2014. They released their first EP called “Follow Me” which was a big hit and thus began his journey as the vocalist of the group.

We all know about Suzy’s incredible acting skills, but how many of us knew she was also a Kpop idol? Bae Su Ji got fame before she was either an idol or an actor. She was an online shopping model, and in 2010 she made her debut as an idol in a Chinese-Korean girl group called “Miss A”. The group’s first title, “Bad Girl Good Girl,” was a big hit. But Miss A disbanded in 2019, which made Suzy leave JYP Entertainment and join an acting management company called “Management Soop”.

Suzy’s debut as an actor was in the following year in 2011 when she starred in the Kdrama ” Dream High” as Go Hye Mi. She worked alongside IU, Kim Soo-Hyun, Ok Taecyeon, Ham Eun-Jung, and Jang Woo-young. Suzy has had multiple super hit Kdramas like “While You Were Sleeping”, “Vagabond”, “Start-Up”, “My Love From Another Star” opposite other legendary actors like Nam Joo Hyuk, Lee Jong Suk, Lee Seung Gi, and others.

The Ex-member of the boy band that took the world by storm with its debut, D.O of Exo is a phenomenal actor. Kyung Soo made his stage debut as the lead vocalist of Exo in 2012 with the single “Mama”. In 2014, D.O made his acting debut as a supporting role in a movie called “Cart” in which he played a high school student. In the same year, Kyung Soo was featured in the Kdrama ” It’s Okay, That’s Love”.

He eventually started getting bigger roles in movies and series and was even cast as a voice actor for the animated movie “Underdog”. Kyung Soo’s first lead was in the Kdrama “Positive Physique” opposite Chae So Jin, in which he plays the role of a film major.  His other hit lead role was in “100 Days My Prince,” in which he is a perfectionist Crown Prince. Kyung Soo has played supporting roles and made guest appearances in many Kdramas like “To the Beautiful You,” “Hello Monster,” “Dear My Room,” and others.

She is more popularly known as Yoona of the famous Kpop girl group, Girl’s Generation. Yoona is a Kpop idol, a model, dancer, actress, and a spokesmodel as well. Before her debut as a member of the Girl’s Generation, she was a trainee for five years. Yoona’s debut in 2007 as a singer was a super hit as Girl’s Generation went on to become one of the best-selling Kpop groups, not just in South Korea but the whole world. In the Kdrama “You Are My Destiny,” Yoona played her first main lead and had a very positive reaction from the audience towards her acting. She received the Best New Actress title at the 23rd KBS Drama Awards. Ever since, Yoona has played the lead role in many hit Kdramas, including “The K2” and “The King in Love.”

Also known as Rowoon of SF9, Seok Woo has had a wonderful career in acting alongside being the lead vocalist of the group. Rowoon’s debut as a member of Sensational Feeling 9 was in 2016 with the single “Fanfare”. His first role as an actor was in 2017 when he played a supporting character in the show “School 2017”. Eventually, he began playing bigger roles, with his first lead role being in 2019 in the drama “Extraordinary You”. The show was based on the webtoon “July Found By Chance”.

Rowoon gained a massive following after the show and gained quick stardom. He won the Best New Actor award in the same year and was nominated for Best Couple with his costar Kim Hyeyoon and Lee Jaewook. After his fame as an actor, Rowoon even started his career in modeling and voice acting. Rowoon’s latest dramas, “She Would Never Know” and “The King’s Affection,” have both received ratings of 8.0 points and above.

Also Read: Male Kpop Idols Born in December That You Should Know

Joy of Red Velvet is one of the best Kdrama actors from Kpop Idols we have seen. After mesmerizing the audience and fans with her incredible acting skills in her group’s music videos, Joy has shown us what a joy it is to see her acting on screen. Her fame as a member of one of the most beloved girl groups in the world has only gone up after she took up acting. Joy’s debut in 2014 under S.M.Entertainment with the single “Happiness” was a super hit and put the band under the title of most powerful celebrities.

She even had her debut as a solo artist this year in 2021 with her solo album “Hello”. Apart from her career as an actress and an idol, Joy is also a very popular Talk Show Host. Joy’s first role as an actress was in the show “The Liar and His Lover” alongside Lee Hyun Woo, in which she played the role of a High School Student who was singing as a hidden identity. Other Kdramas in which she’s worked include “Descendants of the Sun,” “The Boy Next Door,” “Tempted,” and “The One and Only”.

Also Read: 5 Kdramas Coming This May: The Most Anticipated Shows