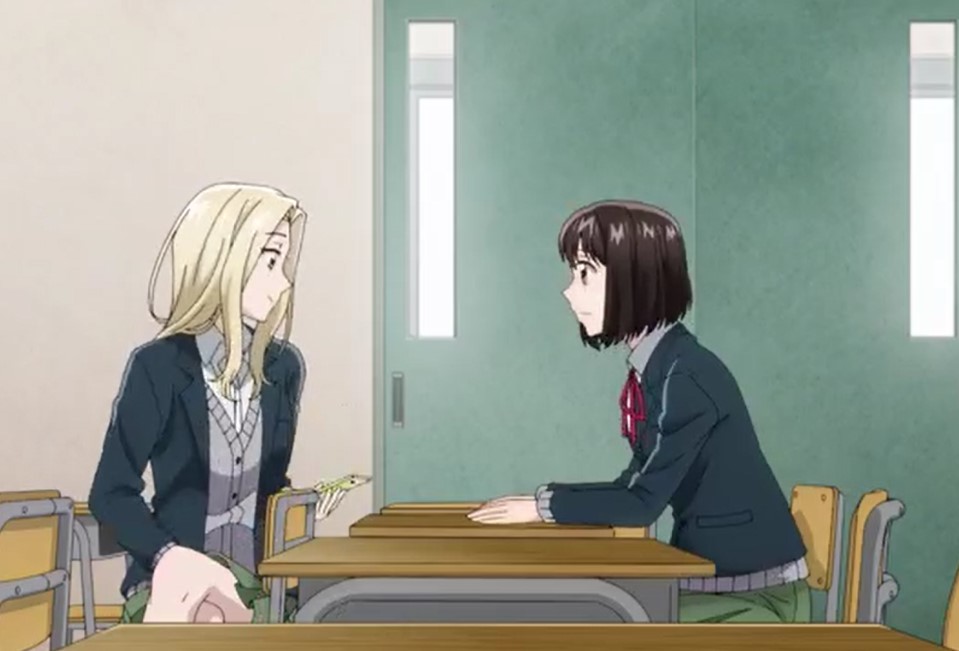 Ichika doesn’t regret what she did to him that day, but she regrets what she said. Ryo wakes up in his hotel room after being saved by Ichika. But he has a girl that he has picked up. Ryo has forgotten the girl who saved him before he picks up another one. Earlier, Ryo spent a night with a lady. In the morning, he left her, and he comments that he will never revisit her. He started to feel dizzy since he spends the whole night without sleeping attending to the lady.

He got knocked by a guy on his way to the train station, and Ichika notices that. She quickly hooks his jacket with her umbrella and pulls Ryo back. Ichika notices that Ryo is feeling dizzy because he didn’t have breakfast. She gives him food and left him, and Ryo kept thinking about the girl who saved him. He realizes that she was the same uniform as Rio. Later in the evening, he headed home, and his sister welcomes him. Rio told Ryou that her friend has come for a visit.

Previously on Koi to Yobu Episode 1

When Ryo looks at her, he finds that it is the girl who saved him in the morning. Rio asks them if they know each other, and Ryo reveals that the girl saved him in the morning. Roi receives a phone call from her mom and heads out. Ryo comments that he never thought she would be one of his sister’s friends. The girl reveals that she is Arima Ichika and Ryo also does the same. Ryo comments that he can thank her properly since she is his sister’s friend. Ichika replies that there is no need, and he mentions clothes or shoes.

Ichika told him that a thank you word is fine with her. Ryo comments that what he said sounds cheap, and how about a kiss. Ichika asks him what he is saying, and Ryo comments that a kiss might be a bit much for a high school girl. He also told her that she had saved his life and he will do anything for her. Ryo said that if she likes, they can make a good memory that she won’t forget. Ichika told Ryo that he is creepy, and she didn’t save him from doing that with him. Ryo steps forward and falls on his knees in front of her. 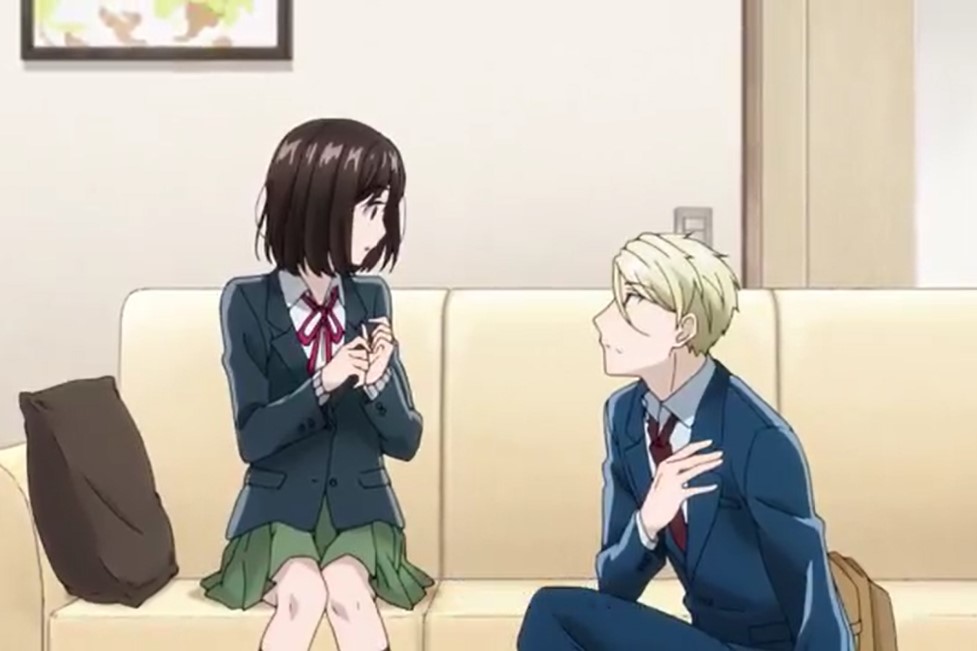 Ryo told her that she didn’t just save him, but she had the benevolence to give him lunch. He started to narrate his love speech to her. Ryo comments that he is moved by what Ichika has told her. He realizes that she is not one of those girls who fall for cheap tricks. He told her that she is magnificent and he never felt like this before. Ichika is surprised, thinking what this guy is saying to her. Ryo continues to say the Ichika is the girl he is destined to be with.

But Rio ruins the love speech by coming back before Ryo finished confessing. She asks Ichika where did Ryo go, and Ichika said he is down her. Rio wonders why Ryo was on his knees. Ryo got attracted to Ichika starting from that day. Later, when Ichika arrives at home, her mom told her that there is a package for her. Ichika told her mom that she didn’t order anything. Her mom shows her a rose from someone named Amakusa Ryo. Ichika realizes that it is him, and he is messing up with her.

She decided to visit Rio and told her that Ryo had sent a rose for her. Rio comments that it is hilarious. Ichika is worried that why she has just met him and he is sending gifts every week. She told Rio that she should not have given him her home address. Rio comments that her brother seemed to be serious about it. Ichika asks Rio if Ryo is like this to everyone that she asks out. Rio comments that according to him, he has never asked anyone out. She suggests that Ichika could go out with him. 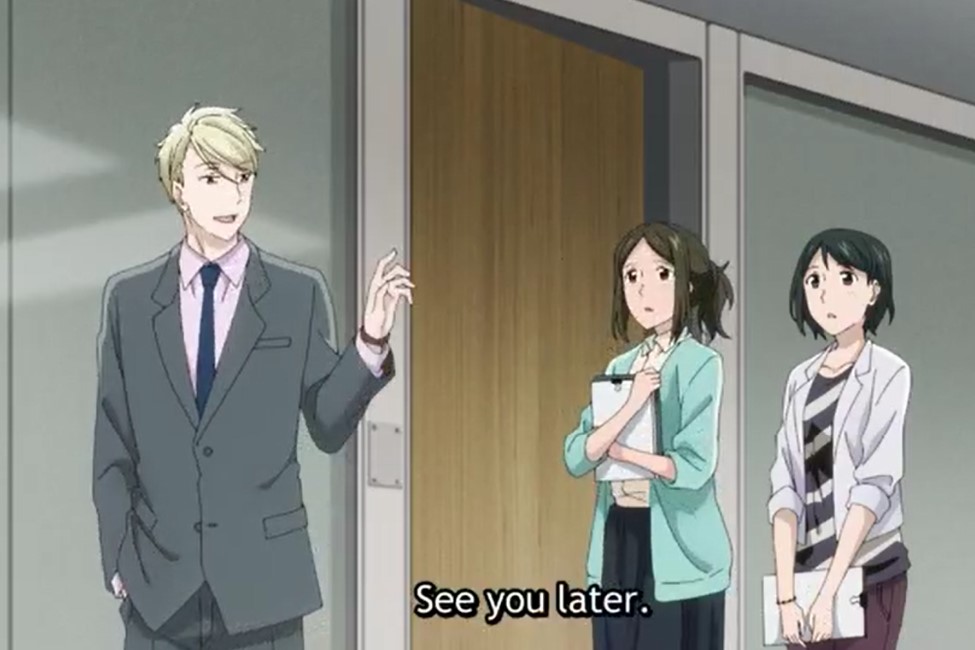 Ichika asks her if it is okay that her friend is going out with her brother. Rio replies that she is, and her brother is hot, smart, and he is fairly loaded. But he is a scumball, and Ichika asks about the scumball. Rio said it would make her happy if the two go out together. Meanwhile, Ryo got visited by two hotties at his workplace. They updated him about the work, and they are happy that he spends some quality time with them when he is leaving the comments that he is hot and amazing.

Ryo receives a call from Ichika, and he started to charm her. Ichika told him about the roses, and he asks if she doesn’t like them. Ichika comments that she likes them, but he must stop sending her gift and flowers. Ryo comments that he will never forget about her voice and the day he met with her. He told her the roses are conveying his feelings clearly. Ichika scolds him and hangs up; after a few days, the two head out for a coffee. A hottie visited Rio and reminds him of the quality time they have spent together.

Rio couldn’t remember her since he has a list of hotties. The lady asks him why he never calls or comes to entertain her. The lady says Ichika and asks Ryo if he is hitting on her. Ichika replies that they are just hanging out. The lady told Ichika to stay away from Ryo; he is the worst and a womanizer. Ichika left, and he follows her; they argue about that lady if she is Ryo’s wife.

Koi to Yobu Episode 2 will release on Monday, 5 April 2021, at 9:45 PM JST. You can watch Koi to Yobu online on  Crunchyroll. Let’s find out what the preview has to offer below.

Finds more about Ichika and Ryo’s love story on Koi to Yobu Episode 1.