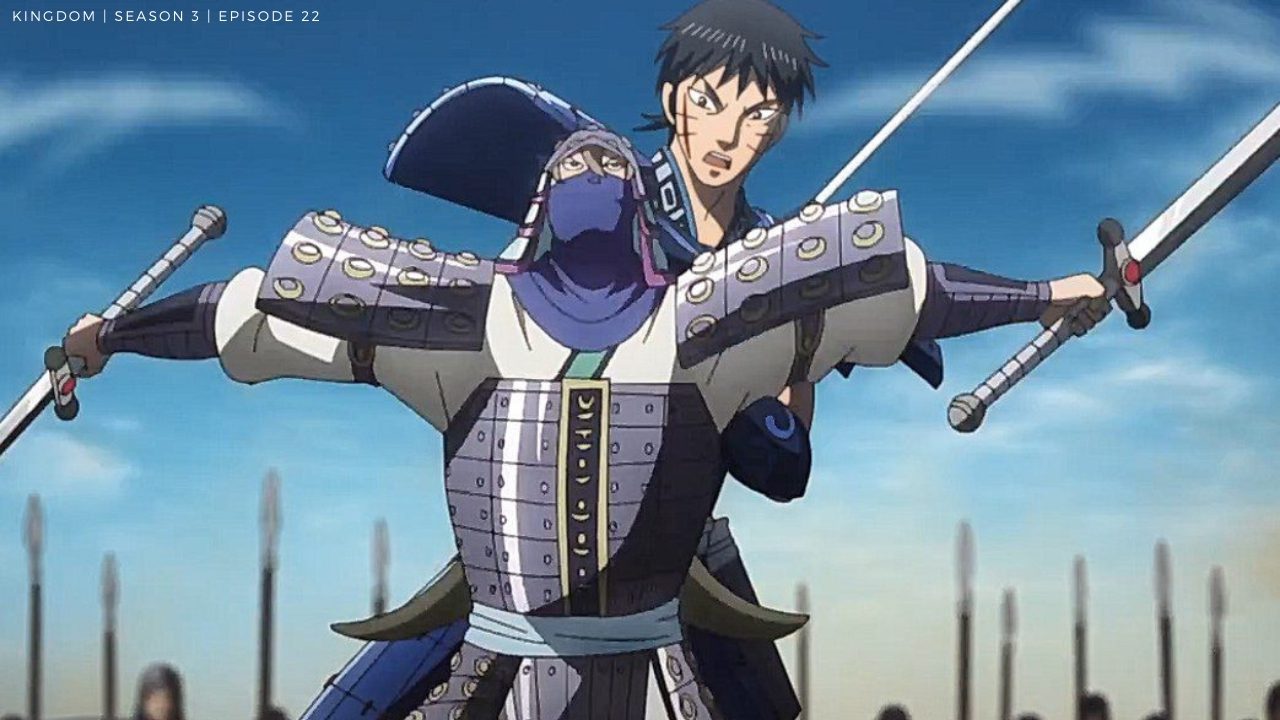 The Qin’s battle with the invaders begins with Kingdom Season 3 Episode 22, with Xin leading his crew to chase the invaders out of their territory. King Season 3 reveals Xin vs. Invaders, who uses weird movements, and Xin realizes that he has faced an opponent like this in the past. From the latest Kingdom Season 3 episode, Xin got slashed by a warrior who wiled two words and fought like he was dancing. Xin wonders what kind of movement that was and realizes that Qiang Lei can beat a guy like this. He recalls his training with Qian Lei, who beat him, and she told him that he died five times since he got defeated five times.

Qiang Lei referred to the battle tactics and that if Xin failed to defend her strikes, he would die five times if he faced an opponent like her in the battle. Xin realizes that his opponent moves fast, and it is not that the guy is strong, but his movements are tricky. Qiang Lei taught Xin how to break the movement of fast warriors during one-on-one combat. Xin decided to use that trick against his opponent and jumped back when he charged at full speed.

The guy wonders how Xin has figured out to keep up with him. Xin landed a heavy strike that sent the guy flying. Bihei comments that Xin got the guy and his men to cheer for Xin. Xin comments that for one of the Three Greats, his opponent is a lightweight. Ten and the rest of Qin’s army are pushing back the enemies from climbing the wall, and she is putting them to sleep. Kaine from Zhao slashes her enemies, and Ten notice her. The episode title is “A Secret Revealed.”

Ten recalls when she met with Kaine, who told her to find her if she had nowhere to go. Kaine hits Ten with the back of her blade for trying to shoot her. One of the soldiers reminds Kaine that Fei Xin Forces tactician asks her why she put her to sleep. Kaine replies that she knows, but they have to imprison Ten and order the men to carry her away. The soldiers complained about why they had to do that, and Kaine told them it was an order. Bihei notices that and warns Xin that they are taking Ten away. 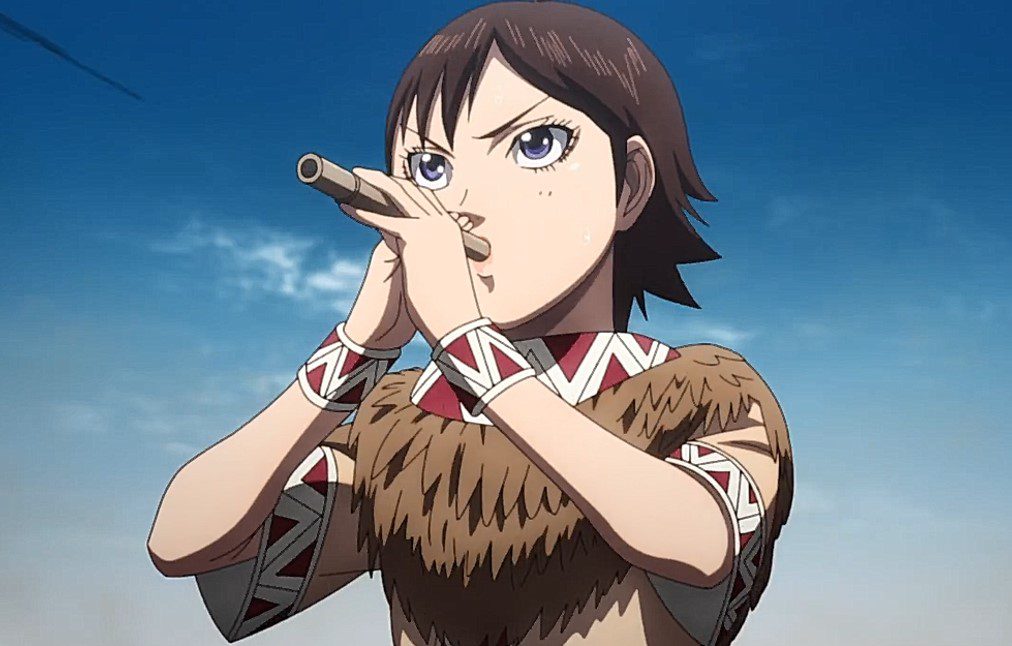 Xin notices that a soldier is taking Ten and slices the man on her path, asking what these bastards are doing. Kaine regrets why she did that to Ten, and Xin is coming to retrieve her. Xin managed to clear the path, but Kaine blocked his sword when he wanted to slice that soldier carrying Ten. Kaine got sent the wall with a single strike and almost fell off to the other side. Fortunately, Ten wakes up and pulls her back before she falls into the valley of death. Xin gets furious, asking her why she is saving Ten, and she should have let her fall.

Ten reveals that she owes a debt to Kaine. Xin replies that it doesn’t matter since Kaine is the enemy. The soldiers notice that Captain Kaine is falling, and they tell those who are down to capture her. Kaine told Ten to come with her, and no harm would come to her since Zui was about to fall. She let her go on her request by her soldiers catches her. Meanwhile, Zheng and his men charged at the new troop circling. Xin learned about the secret from Ten, and the battle continues.

Kingdom-Season 3 Episode 22 will be released on 20 September 2021, at 12:10 AM.  The final battle of Season three of Kingdom will conclude after four episodes, and you can access them online every Sunday. Let’s look at the Kingdom Season 3 official news and details below. 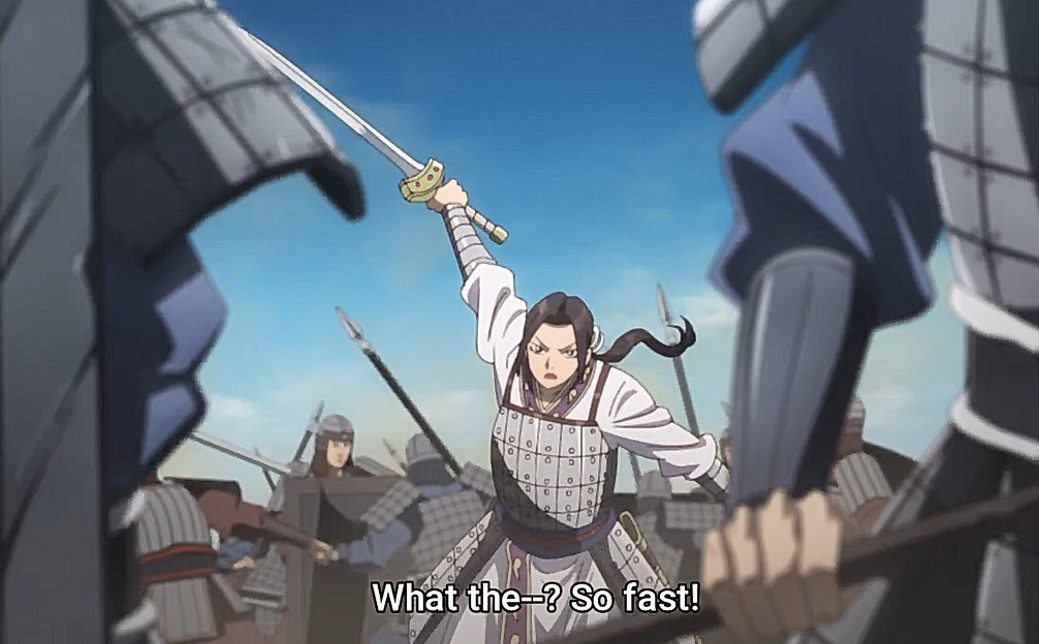 Where To Watch Kingdom Season 3 Episode 22