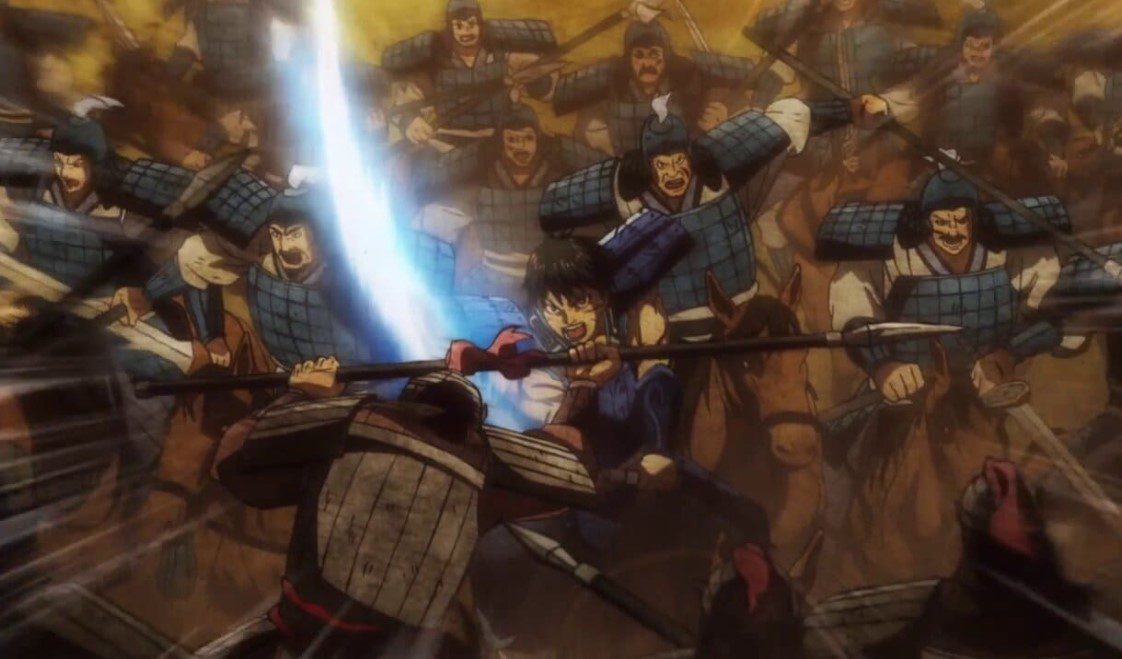 Kingdom Chapter 689 was supposed to release on Saturday, but the manga delayed the chapter. We will be looking forward to the next release of this manga. Since the latest chapter got delayed, let’s look at the manga updates and the story arc of Shin’s battle. Shin calls Bihei, who wonders who Shin summoned him, and the HSU told Bihei to listen to Shin. The open the way for him as he heads to meet with Shin. Shin clashes with the enemies and wonders why these guys are copying his move. He tried to smash them, but his strikes keep on missing the target. One of HSU blast Shin and send him flying bout he bumps with Bihei, who grabbed him.

The Zhao soldier comments that Shin missed the GHK since he did not land a clean strike. They notice that Shin can’t attack with the glaive. Bihei talks with Shin about his summoning, and Shin replies that it doesn’t matter. Bihei complains about why he called him for nothing. Shin adds that the important thing is to bring the enemy down and orders Bihei to hold the glaive. Bihei gets angry since he is wielding General Ouki Glaive. Bihei asks about the injury on the head, and Shim comments that the glaive is incredible.

But it worried him that he couldn’t wield it during the fight since it is heavier than he expected and can’t match the pace of the enemies. Bihei tries to hold the glaive and realizes that he can’t do anything with it, and Shin told him that it is time to go. Shin reminds Bihei to take care of the glaive since it is a precious weapon. Bihei comments that he will use his life to guard the glaive. He got surprised that Shin will fight with no weapon. Shin reminds Bihei about his blade,

Hyou gave Shin the sword before the battle, and the GHK is excited. At the Akakin Unit: Akakin troops advance while pushing off the Zhao that tried to chase them. The warriors said that they have to keep on moving forward and must inquire about the status of  HSU.  Akakin’s attention got drawn by something, and he decided to check what is happening; he spots the rear army realizes that HSU will suffer from a considerable number. Akakin told his men to send the soldiers in his direction since they will buy time for the HSU. 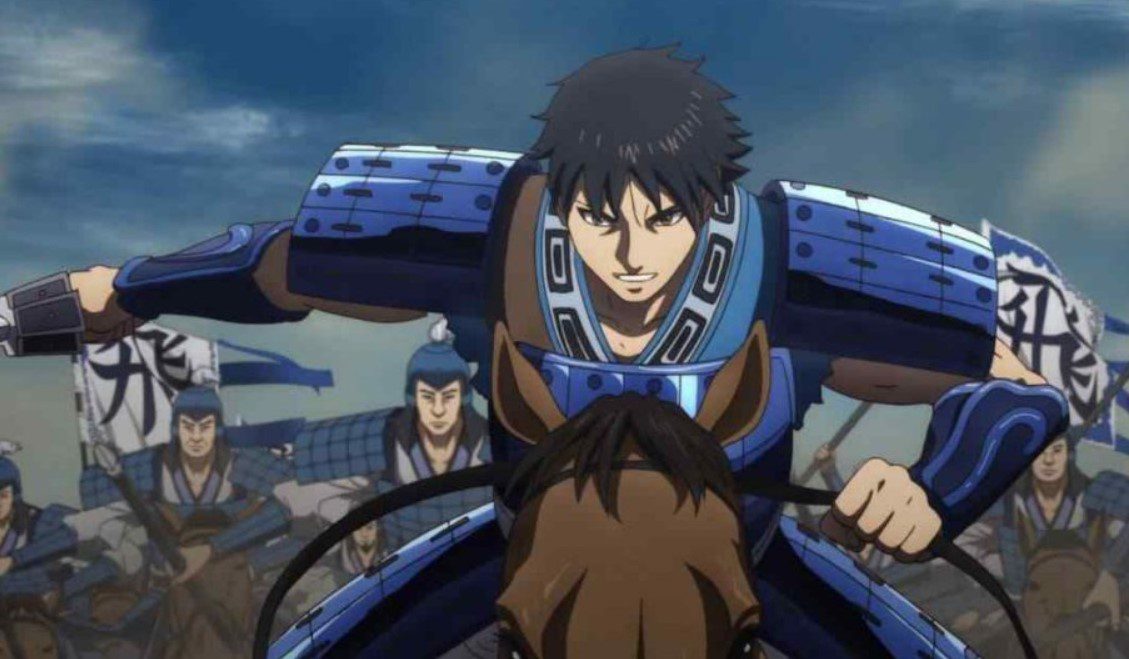 He hopes Shin to end his battle in time; Shin vs. GHK begins with the shower of heavy blows from Shin. His men are shocked to see an intense fight and new skills from Shin. GHK told one of his men to pass him his weapon and explains why he is excited to change his weapon. GHK praises himself about the blade that he carries around and that it’s an ideal weapon that awakens his abilities during the battle and wonder if Shin can match his powers. Kanto felt overwhelming powers from GHK’S sword. The Pig Brothers wonder if  Shin can use a sword. Suugen comments Shin used to fight with a sword, but he switched to the glaive ever since he received it.

Bihei adds that it’s been a long time ever since Shin uses the sword in the battle. Denei is confident that Shin can gain momentum using the sword since it is his thing. Shin recalls how he fights using the blade, and GHK landed a massive blow. Shin composes himself, and the swordsmanship within him awakens and begins to dominate GHK. His warriors are surprised to see Shin getting better during the fight. Suugen realizes that Shin has mastered new unique swordsmanship; Shin begins to smash GHK with heavy hits. The battle continues.

Kingdom Chapter 689 release date is Saturday, 21 August 2021. The manga delayed the last chapter, but it will keep on bringing new chapters while getting delayed due to a break. We have no access to official means to read Kingdom’s latest chapters. But we will update the new chapter every week. Also Read: Spoilers & Preview: Sonny-Boy Episode 6.