King of Fighters XV: When Is The Release Date For This Fighting Game?

The day has finally arrived where everyone knows when will this team fighting game King of Fighter XV release. This article lists everything. 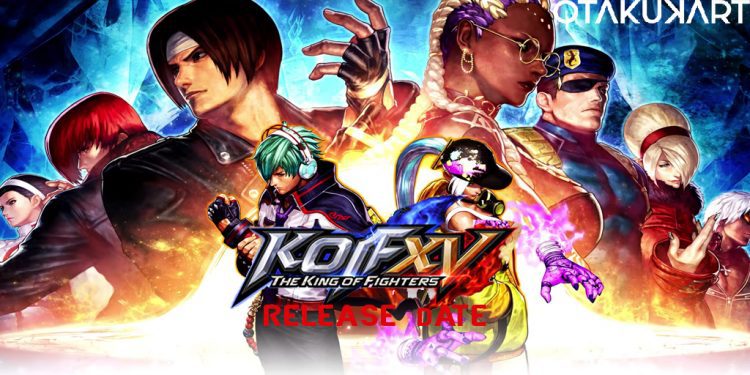 What is the release date for the team fighting game called King of Fighters XV? Fans of this long-running fighting franchise want to know what will occur in the next game after what they saw in the last game. Did the enemy known as Verse was truly defeated, or will they come back and wreak more havoc? Well, to know more, you have come to the right place. This article will tell you everything regarding the new game, from the release date to its plot to the features it is coming with.

Kings of Fighter XV: Everything we know.

The Kings of Fighter XV trailer confirmed that, like its predecessor, a fighting team composed of three fighters. The game will have a wide variety of online modes like Ranked Match, Casual Match, and Online Training. The King of Fighters XV will be the first game in the franchise to use Unreal Engine 4. It will also be the first to GGPO rollback networking which will help the game in having a lagless experience in multiplayer modes.

The Story will continue right after the events of King of Fighters XIV. The Story will revolve around two supernatural power owners named Shun’ei and Isla. It will revolve around how the Verse, from the Kings of Fighter XIV, has caused destruction and destroyed the KOF arena. On the side, Chizuru Kagura teams up with Kyo Kusanagi and Iori Yagami to look after the seal of Snake Demon Orochi, also known as Gaia’s Will, as she senses the dangers surrounding it.

The game has a main cast involving a total of 39 playable characters at launch. DLC will add nine more characters to the game. The game will bring back the parry system going with the name of Shatter Strike. The Shatter Strike is designed to be a defensive system but can be used offensively. Shatter Strike, during the demo, was a very powerful system and will be adjusted for the final game. King of Fighter XV will also have the MAX Mode. MAX mode is a bar that allows the character to use more powerful techniques. MAX Mode in King of Fighter XV will be more than just a combo extender.

Also Read: Overwatch 2: When Does The Long Awaited Sequel Release?

King of Fighters’ first trailer was released on 8 January 2021. The trailer had a release window of 2021. But in June 2021, SNK announced that the game would release in the first quarter of 2022. The reason for the delay was the uprising cases of Covid-19.

Then in August 2021, SNK released one more trailer. This trailer revealed the release date of King of Fighter XV. The game will finally arrive on 17 February 2022. The game will be available on PlayStation 5, Xbox Series X/S, Windows 10/11 Store, Steam, and Epic Game store.

During the Tokyo Game Show 2021, the demo for King of Fighters XV was available. A total of eight playable characters was available during the demo.

DLC of the game will include Terry Bogard’s design from Garou: Mark of the wolves and Leona Heidern’s classic look from The King of Fighter 1996. A two-disc soundtrack and a 119-page art book will be available in other releases of the game. Yasuyuki Oda, the producer of the game, claims that King of Fighter XV is being developed in order to be enjoyed for the years after its release.

Where Is Gun Furry Filmed? Filming Location Of The Western-Action Movie