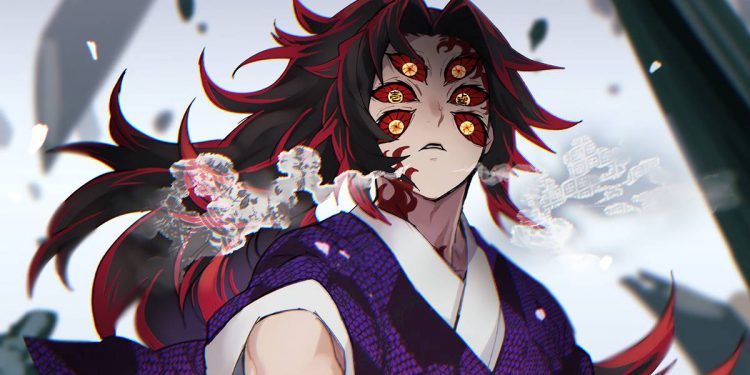 Will Kokushibo die in demon slayer?

While getting started with a new anime series, we should get ourselves prepared for the death of anime characters that we might witness in the series. The characters we might hold dear can die especially when you are streaming a shonen anime series. Shonen anime series generally have involvement of action, magic, and most probably violence that can lead to the death of any character in midst of a battle. The same goes with the case of Demon Slayer, as the series is totally based on the concept of slaying demons, action and violence is the main theme. Therefore, we are ready to witness any unexpected deaths of any character, whether it is a demon slayer or a demon.

Getting started with the series, Kimetsu no Yaiba, popularly known as Demon Slayer, is a Japanese manga series drafted and demonstrated by Koyoharu Gotouge. The manga was officially published by Shueisha and dropped its very first chapter on 15th February 2016. It has been concluded and till now has been collected into 23 tankobon volumes. The plot of the manga series centers on the adventures of a young boy named Tanjiro Kamado, who has become a demon slayer after his whole family was slaughtered in a demon attack. He and his remaining family, his sister, who has turned into a demon, are going around the world in order to find a cure to turn his sister back into a human. The anime adaption of the series has received a lot of popularity and is still going on.

Kokushibo made his first appearance in the series as the supporting antagonist of the series. He is a demon in the series of demon slayers and works under Muzan Kibutsuji. Kokushibo is the Upper-Moon one and the top-ranked member of Twelve Kizuki. Originally Kokushibo was a human who goes by the name Michikatsu Tsugikuni who was turned into a demon by Muzan. Kokushibo was that typical demon vibes that can make anyone standing him shiver just by his aura. He has a place skin, tall built body with long spiky hair, which he styles in a ponytail. The most horrifying and distinguishable feature about him is his big, intimidating six eyes. The reason why he chooses to become a demon is his jealousy towards his very own younger brother. He wanted to grow stronger and better than his brother resulting in getting persuaded by Muzan and eventually becoming the Upper Moon One.

Will Kokushibo Die in Demon Slayer?

As mentioned above, the deaths of characters in any anime are very unexpected, so here we are going to know whether Kokushibo, the ruthless demon, will die one demon slayer or not. Getting started with the Infinity Castle Arc, Kokushibo will die while fighting. There was a meeting of Hashira about the appearance of strange marks. After some series of events, Muichiro, who is a demon slayer, was sent into Kokushibo’s room, where Kokushibo realized that Muichiro was none other than the last descendant of the kid that he left behind after becoming a demon. The discussion between the two was interrupted by Genya, who appeared shooting his Nichirin Gun at Kokushibo. But Kokushibo hardly had any problem dodging that attack by Genya. Later, Sanemi entered the fight, and they both get into a dual.

The severe battle of Sanemi, Genya, and Muichiro against Kokushibo began and gets severe with every moment. At the time when Kokushibo, after immobilizing all three of them, was celebrating the fact that he has finally overcome mortality and can’t even get killed by beheading, he changes into a new form. His new form gave him fierce tusk and spikes sprouting from his face, head, and back, he saw his reflection in Sanemi’s blade and get disgusted by it. This made him doubt his whole life and the decisions he had made, taking him towards his death.

Who killed Kokushibo in Demon Slayer?

The scenario discussed above is the series of events that took before Kokushiba’s death. Even though it was evident that Kokushibo was indulged in a battle with Sanemi, Genya, and Muichiro, it was quite obvious that he would have been killed by either of them. But too much of your surprise, it is not like what it seems. The moment Kokushibo realized that how he looks now, he doubted began to recall what was his motive. Due to the jealously from his younger brother, he wanted to grow stronger and become a very skilled samurai. But this face of him, standing here like an ugly monster, is not what he wanted to achieve.

While Kokushibo was in his deep thoughts, Gyomei crushed his head, and Kokushibo tried to regenerate it. But he was unable to regenerate as he witnessed his body getting crumble and unable to use his demon blood, resulting in Muichiro stabbing Kokushibo with his red blood. Kokushibo shattered on the ground reminded his life decisions, and realizing that it was not Gyomei or Muichiro who killed him, it was his own envious nature and irrational resolution that bought him to this fate.