Who is Kim Ji Woong? The New Heartthrob of the Kdrama World 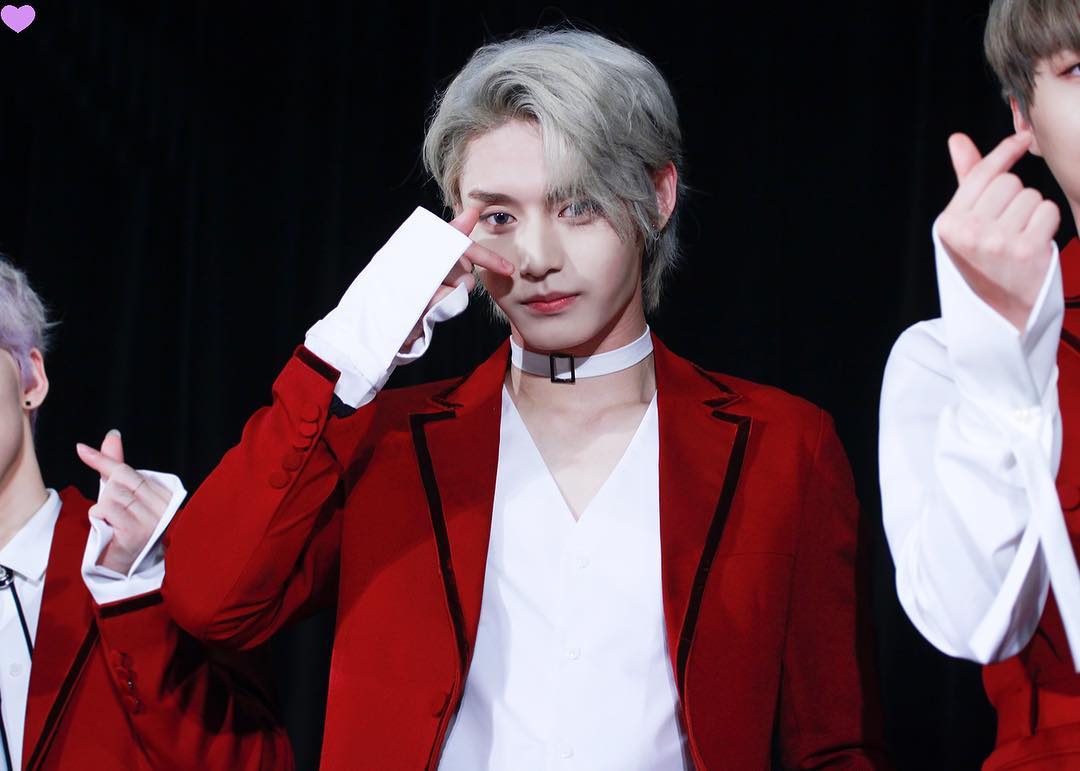 The Korean drama lovers are already crushing over Kim Ji Woong. As the new fantasy drama, Sweet blood went on air last month. A specific cast member is already setting people’s hearts on fire for his killer visual and acting. Who are we talking about? We are talking about the new face entering the world of Korean dramas.

Kim Ji Woong has caught the attention of drama lovers as he is staring in the new Korean web drama Sweet blood. The drama is adapted from the webtoon The sweet girl. It is a Story of a high school girl YeonSeo who is a half-human and half-vampire. The plot of the story revolves around her choosing between her instinct and her love because of a classmate who has sweet blood. The drama is doing great for just 2 episodes after his first appearance in episode 2; he has gone viral among the netizens with his dark fashion and attractive look. The troublemaker Vampire has successfully shown his charms from the start.

The rookie actor was born on 14th December 1998 in South Korea. As a child, he always thought of becoming a singer and had an interest in dancing, but he met the opposition of his parents. When his parents understood his passion for singing and dancing, they finally gave in. He trained hard for 7 years before his debut In 2016. He started his career as a K-pop idol and member of Entertainment’s INX as Ji Nam. The kpop debut successfully, but a year later, the group didn’t reach the local market due to unforeseen circumstances. After one year, the group leads to disbanding.

In the following years, Ji Woong further went into two pre-debut groups, including ATEEN (2018-2019) and B.I.T (2019), with a stage name, King. The groups were busily promoting in Japan and were yet to debut in Korea. But it came to highlight that the members of ATEEN were victims of sexual assault from their company. Thus leading to forced to dissolve. Meanwhile, B.I.T. remained inactive. Later the news broke out of the group winning the lawsuit against their agency to nullify their exclusive contract due to poor working conditions and lack of support.

He even briefly walked as a model at Taiwan and China Fashion Weeks in 2019. Even in his kpop idol days, he was the topic for his outstanding appearance during group activities. He even won the first rank in the men’s category in the 2020 media platform Billboard Challenge.

Soon after, three attempts as a kpop idol. He kickstarted his career, but this time in acting. He began his acting career with a new image with his real name. Luckily he got the main lead for the new Naver TV web drama “The Sweet Blood.” The series went on air on 24th March 2021. He is playing the role of ChiWoo, a handsome businessman vampire. He came to South Korea to persuade YeonSeo, the main lead, to keep working as a sommelier for him. Since the troublemaker, he decides to attend the same high school as Yeon Seo to find great blood.

Even though the drama has 4 episodes out by now, Ji Woong has successfully caught the viewers’ attention with his charm. His name was trending on Naver right after the arising of the second episode. So far, the cold Vampire is winning the hearts of the audience in his dark aesthetic look for the show (Edward Cullen who ?). In a candid interview with Bnt, he asked why he chose acting after being a kpop idol for 5 years. To which he replied, “I hear a lot of saying that he has a two-sided disposition.” He wished to be an actor so he could show his various aspects freely. He also stated that he knows acting won’t be easy, but he surely knows that there are a lot of fun things he would like to explore. “It was interesting to be able to show my another face.”

Why is he so popular?

If his face isn’t a satisfactory answer to you, then there are quite a few reasons why his name is buzzing off lately. Other than the looks, he is also an excellent singer and dancer. As a member of the kpop group INX( disbanded ) and ATEEN (Disbanded), he has already made his name in the kpop industry. Even though the group didn’t do much in the market, he was known for his abilities as an idol. In the end, his company was the one at fault.

As he debuts as an actor recently, his acting is good for a newcomer. In the drama, Sweet blood he sat perfectly to the role of a vampire, and his character has become the favorite one among the views. He plays the role skillfully that it’s impossible not to fall in love with the character despite being a troublemaker and cold in the drama. Fans are excited to see how far he can make his character stand out in the cast full of talented actors.

There was also a rumor about Kim Ji Woong being BTS’s V, whose real name is Kim Taehyung ‘s younger sibling. Many fans found similarities between the two celebrities among those were their good-looking visual despite their serious appearance. He denied the rumor of him being BTS V’s brother on his Instagram live. But this helped in a way a lot of kpop fans found him in this way. He once said that his first impressions come off as cocky as he looks serious and chic, but in reality, he is friendly, and once close, he likes to talks a lot.