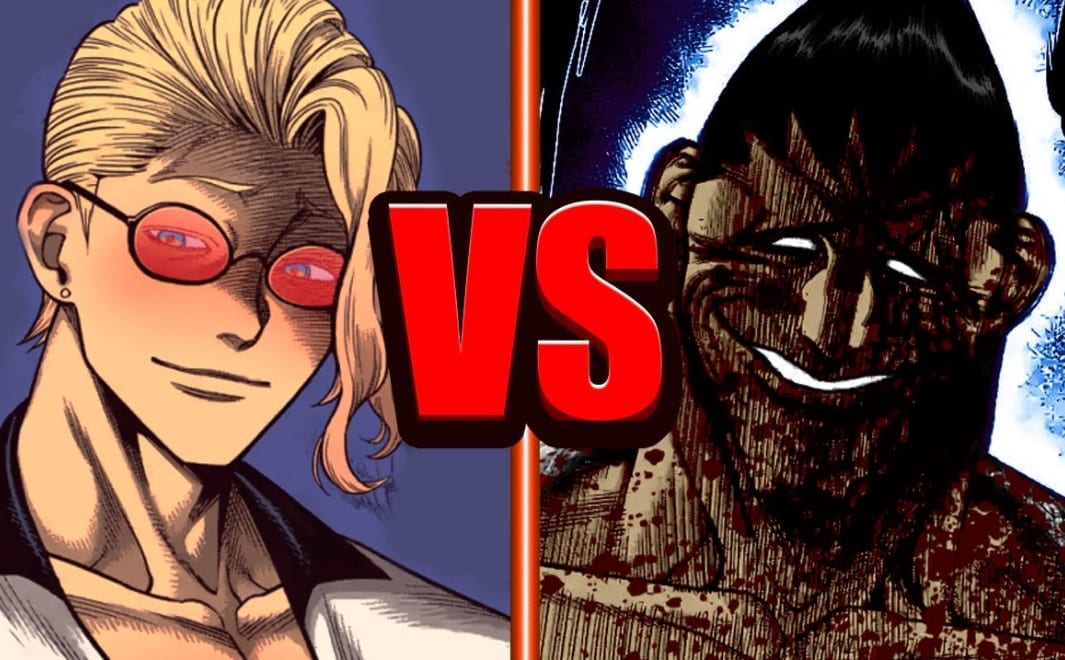 Kengan Omega has just returned from its weekly breaky with the release of two new chapters. The latest Kengan Omega chapter is titled The Grim Reaper’s Weapon. Teddy Nelner met with a mainstay of French kick-boxing Geil Lamele Banner. He introduced Guil to Rin, stating that he is his friend. Rin comments that it is good to meet a man of such a good reputation. She realizes that Guil was a 100kg Judo Champion and the Legendary Kickboxer. Rin thinks Guil will bring good business for her martial arts fan.

Rin watches Guil and Teddy sparring and comments that the two are strong. They can make it to the top ranks of Kengan Matches. Teddy and Guil continue to spar as they tease each other. Teddy told Guil that he had invited him for one reason and Rin will talk with him. Guil told Rin to talk, and she asks him about his brother Nicolas Le Banner. He asks her why she is asking about Nicolas.

Rin reveals that Nicolas is involved with Purgatory, and some things worry her. Teddy told Guil to trust Rin; he can tell her the truth. Guil reveals that he should have killed Nicolas in the past. He also reveals that Nicolas has become popular and the gladiator in Purgatory. Everyone cheered for him when he smashes his opponent. Meanwhile, Kengan Association has chosen Akoya to fight next. Takeshi thinks that Kenga Association has chosen the wrong guy to step up next. 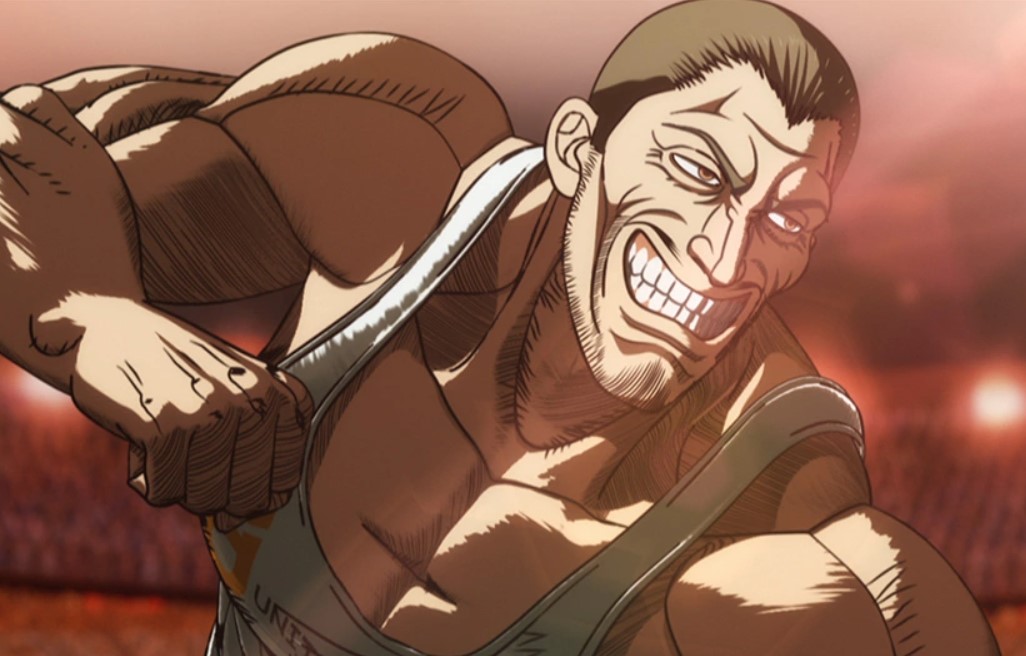 Kazuo told Takeshi that he had accepted Akoya, and he understands how everyone feels about him. It has been revealed that Akoya is the fighter that forced Murobouchi to leave the sport for a long time, and he is dangerous. Ohma realizes that Kazuo took a huge risk in picking up Akoya. Kazuho explains to his fighters why he chooses Akoya.

Meanwhile, at Murobouchi Gozo’s room, he comments that Akoya almost killed him. He is relaxing while the doctors are taking care of him. Murobouchi comments that he is happy that he is still alive. He questions himself if Akoya should be on their team and conclude that Akoya will be an asset. At the same time, Koga realizes that Muroubouchi has forgiven Akoya. Ohma asks Kazuo about Muroubouchi, and Kazuo reveals that Murobouchi is recovering in rehab.

Kazuo told his fighter to trust Akoya just like Murobouchi did. Akoya is ready to face Nicolas. The two are about to clash, and it has been officially announced.  On the left, we have Nicolas weighing 80kg and 182cm tall. On the right, we have Akoya weighing 114kn and 191cm tall. Akoya is advantageous in both reach and weight, but Nicolas is used to smashing guys like that. 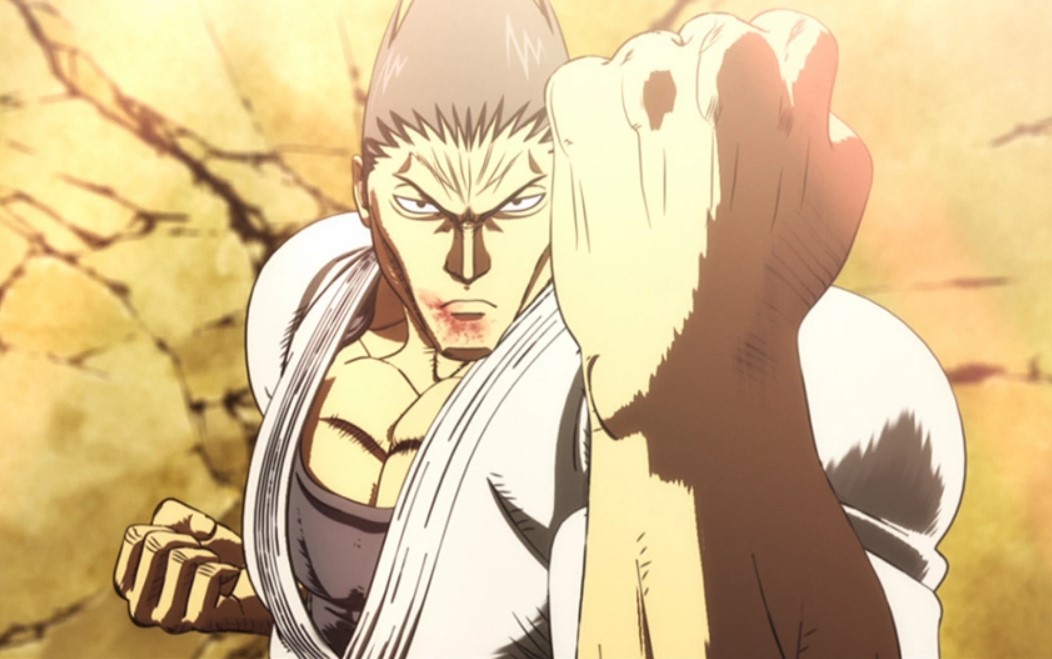 Nicolas looks at Akoya and comments that he is the big and tallest man in Japan. He teases Akoya, who comments that he will purge all evil. Ref Shin Alisa told them to relax, or they will be both disqualified. Nicolas took off his t-shirt and glasses. He throws them away to his fans and comments that Akoya doesn’t want to be stung by the Parisian bees since there is no antidote for them.

He slaps Akoya for not shaking hands with him. Ohma wonders why Akoya didn’t react. Nicolas throws a jab before the match is even called. But he lost one point for that, and Alisa told them to fight. Akoya realizes that jab landed ad he cannot feel his left arm. Nicolas asks Akoya if he knows that the grim reaper’s weapon is not a scythe but a needle. Nicolas realizes that it is one sting down. The battle continues as Akoya stands his ground.