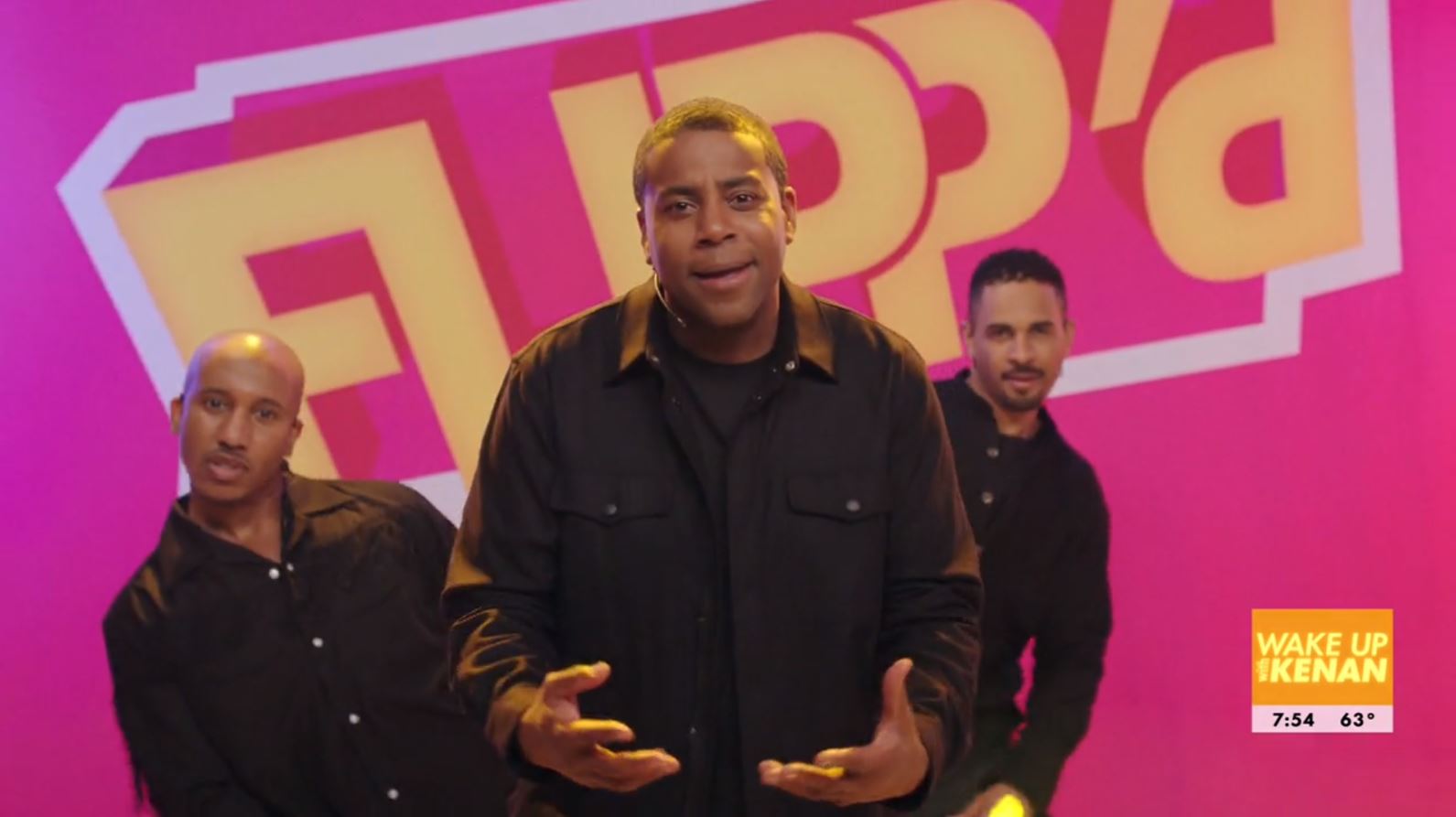 We catch up back with the show, “Wake up with Kenan” in which we see a clip of the Flipp’d Boy band. It is revealed that on their anniversary, there will be a Flipp’d reunion performance. For that, Sateen arrives on stage. As he arrives, it is pretty evident that Sateen has had better career growth than Kenan. Kenan tries to walk it off like they are equals but he has started to feel jealous of his old peer.

Later, Kenan heads in with Sateen to his room where he finds out that Sateen has been busy. His manager, Miller Various has helped him get various endorsements to diversify and prepare for a better future. Meanwhile, his brother and manager, Gary has not been able to help grow his career. This concerns Kenan as he heads to Mika for advice.

Kenan Season 1 Episode 5 titled “Flipp’d” has Kenan make career decisions. After his talk with Mika. Kenan feels like he must have a talk with Gary so informs him about the business meeting. For this, Gary goes to Rick for advice who asks him to show his vulnerability thus forcing Kenan to give him a second chance. That’s just what happens as Kenan gives his brother a second chance while Gary comedically pretends to have cancer.

As soon as he gets the opportunity, Gary gets Kenan a dog food commercial for $10,000. Kenan was very happy until he learns from Various that Gary took the first offer he got. Seeing that Fary doesn’t care for his career, Kenan ended p firing him on the spot. On the spot, he hires the services of Various Miller. Various is very career-driven without making sure is it what Kenan wants. While Kenan and Sateen practice for their reunion, Sateen tells him how Sateen left Flipp’d in order to support Kenan. This makes Kenan realize his mistake as he runs off to fetch his brother.

Kenan finds and reconciliation with his brother. He realized that Gary was only making sure that Kenan had enough family time with his daughters. This made him the best manager by not caring about Kenan’s career. Kenan re-hires him as he fires Various as his agent.

Mika and her Feminism

While there are talks of a Flipp’d reunion, Kenan’s daughters, Dani and Dannah come to know of their songs. While they dance and sing to it, Kenan realizes how sexist those songs were. So, Mika decides to give the girls an idea of what feminism is. While Mika does her job, the girls see her ability to manipulate people and they are interested in that. Later as Various becomes Kenan’s agent, he sets some unrealistic demands. This situation may have only seen Kenan having to quit his job as the star of the show. Later, as Kenan reconciles with his brother and performs in the reunion, Mika plays it off to the girls that she had all of it planned.

When Will Kenan Season 1 Episode 6 Release?

Kenan Season 1 Episode 6 titled “You Go, Squirrel!” is set to be released on 30th March 2021. The episodes by Kenan are scheduled to be aired at 8:30 pm ET/7:30 pm CT. Kenan follows an episode release pattern of one episode every Tuesday. Make sure to change the above time to your local time zone to watch the episode when it airs. The episode after that is titled “Kenan’s Mom”, which will be aired on 6th April 2021.

Where to Watch Kenan?

Kenan Season 1 Episode 6 titled “You Go, Squirrel!” follows up with the star Kenan, who happens to have an odd encounter with a squirrel. It has been some time since Kenan’s wife, Cori passed away. So, as he encounters the squirrel, Kenan feels that it might be Cori’s spirit trying to communicate with him. Back at home, we have another shenanigans as Rick and Gary feel like they missed Kenan’s birthday. So, in order to reconcile, the two try to organize an impromptu surprise party.

When To Expect From New ‘Suicide Squad’ Film?