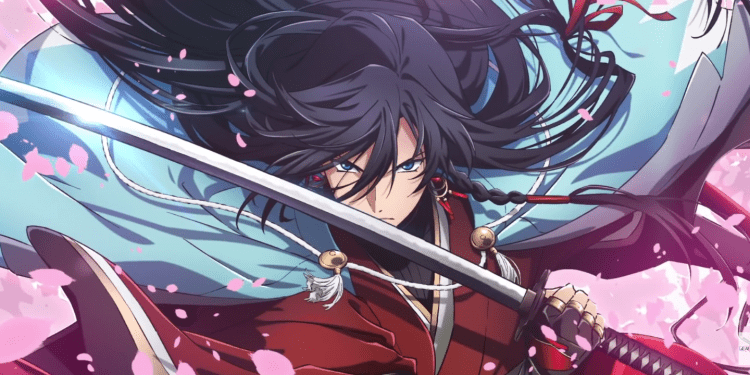 Historic vibes and action packed stories are always giving off a major amount of exciting energy. For anyone who has been waiting to get updates on the Katsugeki/Touken Ranbu film, good news has come knocking on the door. Ufotables and Aniplex have taken time to address the film. But now that they finally have, they have revealed a teaser trailer and a visual teaser of the anime. The anime’s first season released in 2017 received some mixed reviews from its audience. However, the anime is returning, as promised for another movie with more historical feels and sword fights filled with adrenaline.

Katsugeki/Touken Ranbu is based on the video game titled Touken Ranbu. Under the direction of Toshiyuki Shirai, the anime was adapted in 2017 and animated by Ufotables. The series ran for 13 episodes. It further inspired a manga adaptation which was first serialised in Jump Square and later in Jump Square Online. The plot of Katsugeki/Touken Ranbu takes its audience back to 1863. The story revolves majorly around Izuminokami Kanesada, a sword warrior and Horikawa Kunihiro, the newest recruit.

If you loved the anime series from 2017, you must look forward to the upcoming anime. Here is everything we know about the Katsugeki/Touken Ranbu film so far.

The last episode of Katsugeki/Touken Ranbu anime series released in 2017, an anime film was announced. However, for years, there had been no development of the anime nor any updates from either of the associated production houses. This led to a large number of fans assuming that both Aniplex and Ufotables had cancelled the movie. However, on 29 December, it was proved otherwise as Aniplex updated it’s audience with a new Katsugeki/Touken Ranbu PV.

A similar announcement was made on the anime’s official Twitter page, which also released the key visual featuring the main characters. As per the Twitter post, the anime is currently under the making process. The PV of the film has been released on the same day as the anime’s announcement.

There has been no announcement regarding it’s release date details so far.

The Girl Before Ending Explained: Who Killed Emma?