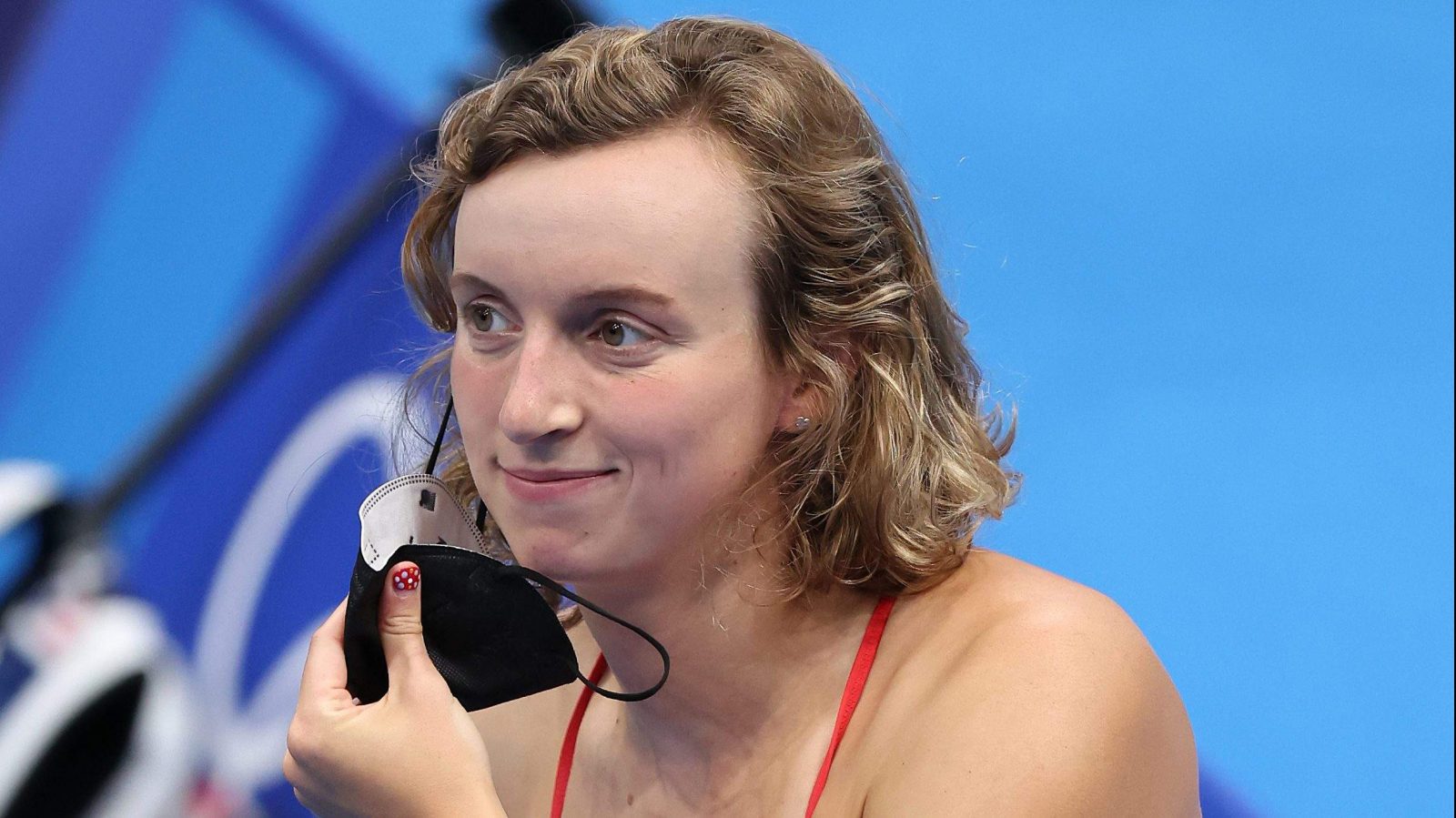 In 2012, this talented swimmer had taken the world by storm. At the age of 15 only, Katie Ledecky competed in the London Olympics of 2012, and her gold medals and world records stunned her competitors to no end. To think that she debuted in Olympics at 15! And then, in the Rio de Janeiro Summer Olympics of 2016, she made waves again – no pun intended! Katie Ledecky has always claimed her first love to be T.P: The Pool. Her schedule resonates with it. She is usually in bed by 9.30 pm and wakes up before dawn. Then she practices in the pool for a few hours on her own. A few years ago, her father said that she is not dating anyone because she has no time. But is the same still true? Is Katie Ledecky still not dating anyone?

Kathleen Genevieve Ledecky is a five-time Olympic Gold medal winner from America. She has also won 15 world championship gold medals – thus being the first female swimmer to do so. And at the age of 24, too! Katie also holds the world record for being the fastest in women’s 500, 1000, and 1650 yard freestyle events and women’s 400, 800, and 1500 meter freestyle. Another record she has broken is named the Female World Swimmer of the Year 5 times by Swimming World. Katie was also rewarded, in 2017, with the title of Associated Press Female Athlete of the Year and was twice declared by L’Équipe as the International Female Champion of Champions in 2014 and 2017. Sportswoman of the Year for 2017, Female Athlete of the Year (2013, 2016, 2017) are some other recognitions she has had. 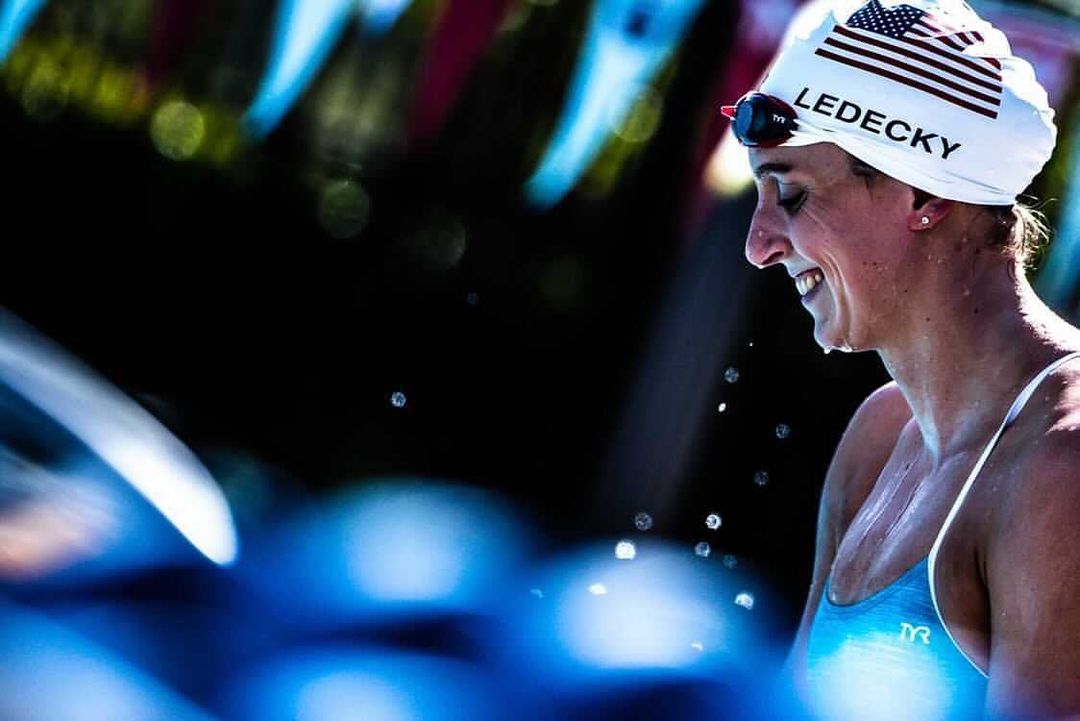 Born in Washington and raised in Maryland, Katie Ledecky is the daughter of David and Mary Ledecky. Her father is of Czech descent, and her mother is of Irish descent. Katie Ledecky has been in love with swimming since the age of 6. She was largely influenced by her older brother Michael Ledecky and mother. During her High School, Katie had already begun breaking records. She set a new record for 500-yard freestyle in the US and American Opens and another record in the 200-yard freestyle at the National High School level. 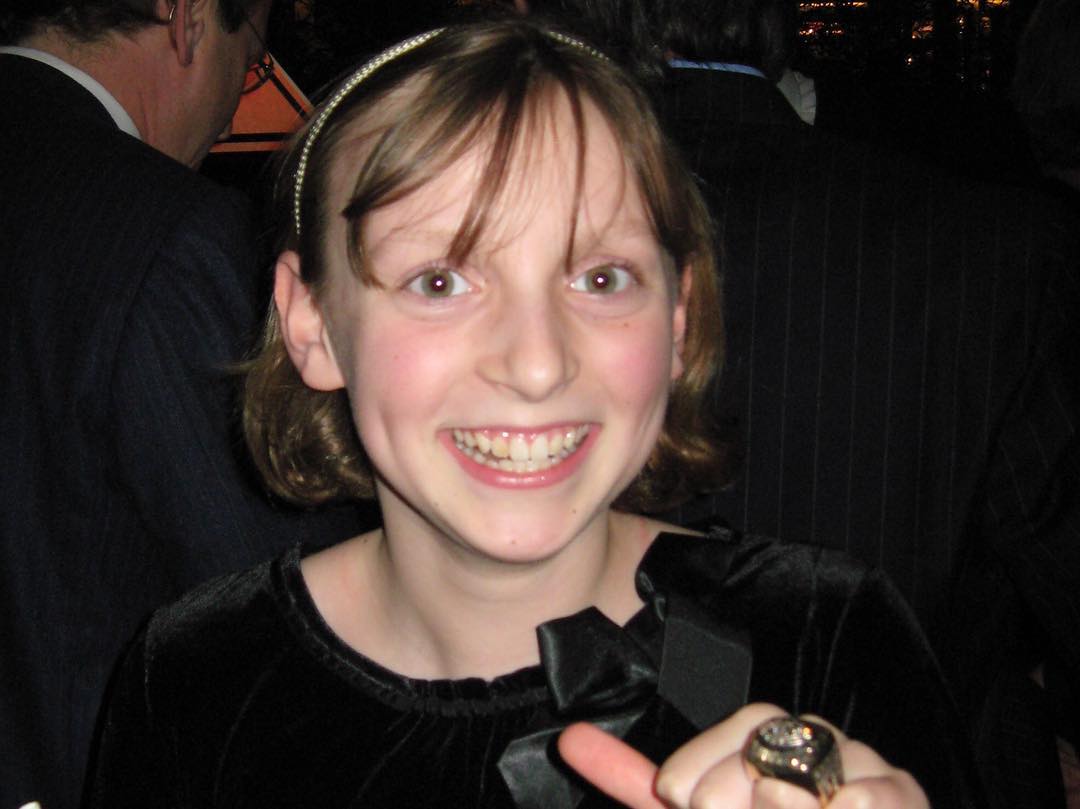 Ledecky trained with Yuri Suguiyama throughout the summer of 2012. After 2016 she accepted an athletic scholarship to Stanford University and swam for Stanford Cardinal Women’s Swimming Team. This year, she was also chosen as one of the sponsors of USS Enterprise, a US Navy aircraft carrier. With her was fellow Olympian and gymnast Simone Biles. Later in June this year, she got her Bachelor of Arts degree in psychology from Stanford University.

Also Read: Are the Dolan Twins Dating? Everything About their Personal Lives

In the Olympic Trials of 2012, which happened in Nebraska, USA, she was the first to make it into the Olympic Team. And thus, at the age of 15 years, four months, and ten days she became the youngest participant from the USA. In the summer Olympics finals in London, 2012, Katie shocked everyone by winning first place in the 800m freestyle. The difference between her and the 2nd place winner was more than 4 seconds! In 2013 she won four gold medals in the World Championships for 400m, 800m, 1500m, and 4x200m. She became the World Swimmer of the Year and American Swimmer of the Year by the end of 2013. 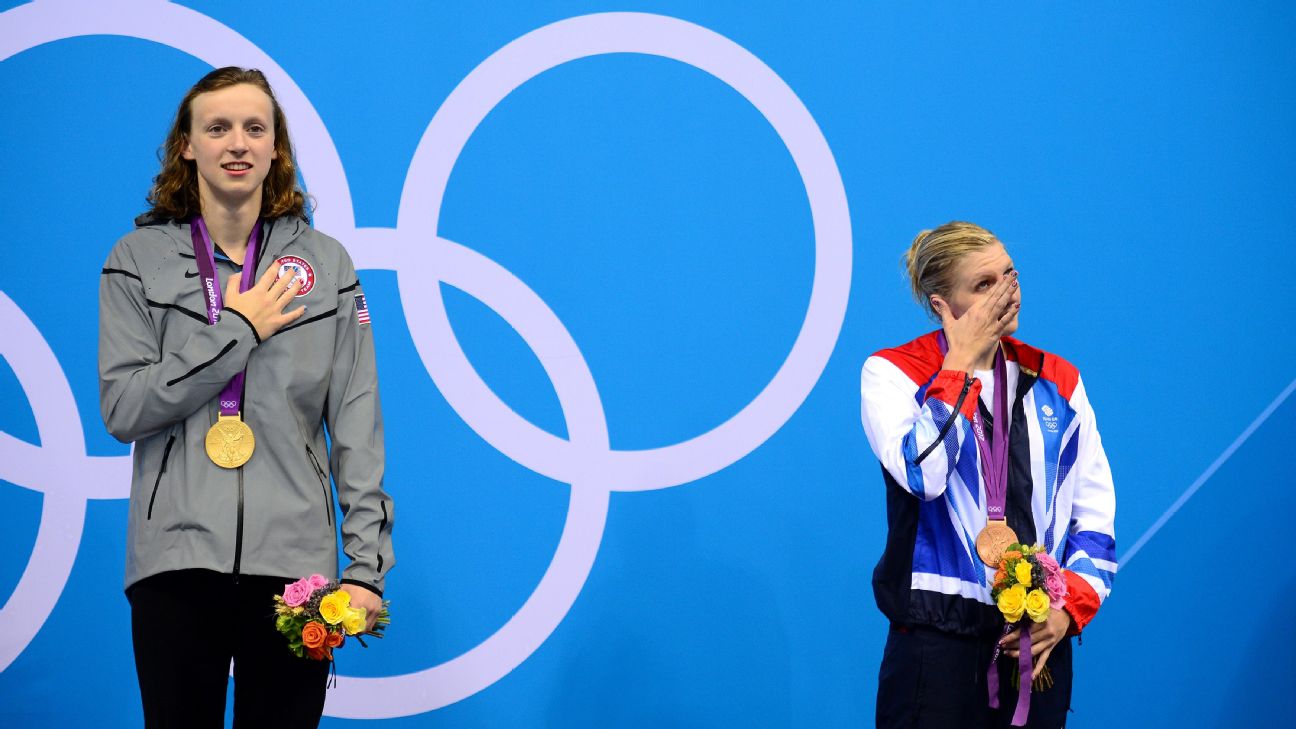 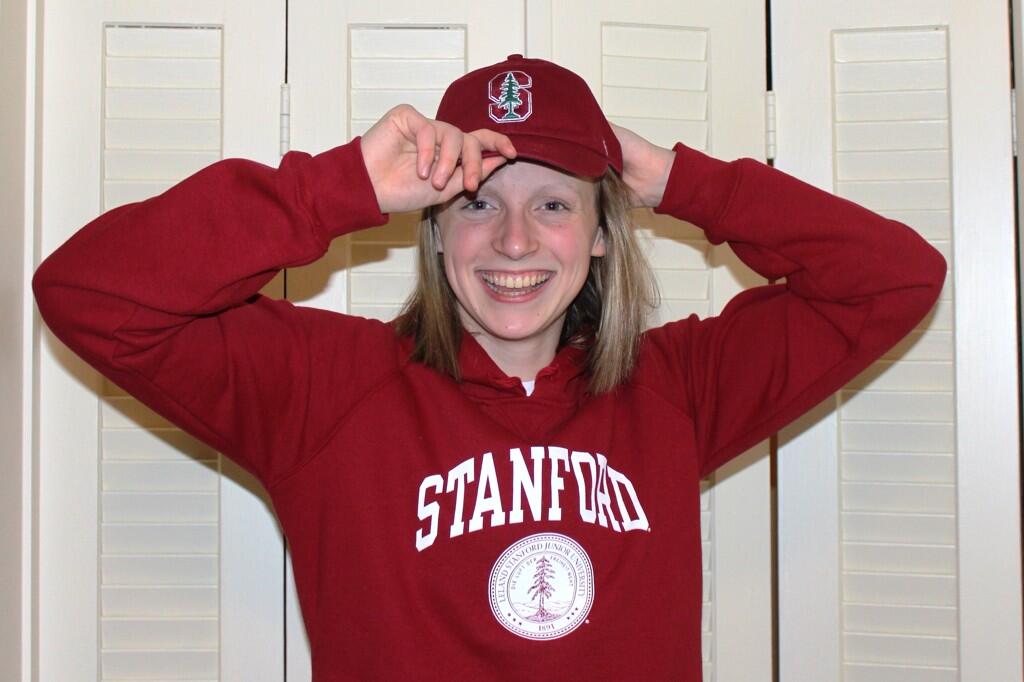 In 2017, while a freshman at the University of Stanford, Ledecky broke 12 NCAA records and 9 American records. During the world championships of 2017, she received five gold medals and one silver medal (the latter in 200m freestyle). In the 2018 Pan Pacific Championship, she won a gold medal in 400m, 800m, and 1500m and a silver and a bronze in 4x200m and 200m freestyle, respectively. In the 2019 World Championship, owing to illness, she could only win one gold medal and two silvers in 800m and 400m and 4x200m, respectively. She got a silver in the 2020 Summer Olympics at Tokyo in the 400m freestyle. She lost the Gold to Titmus. 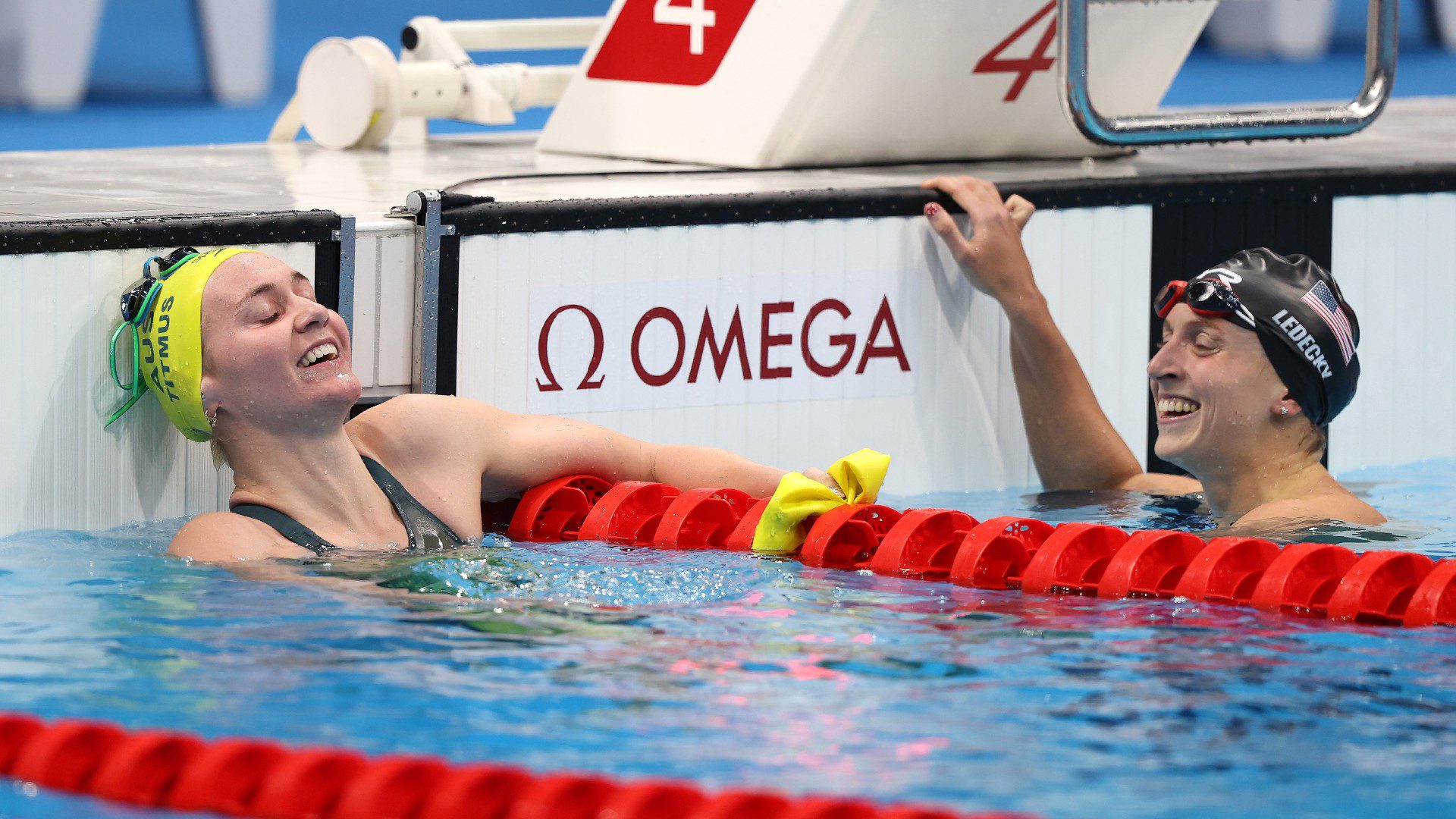 Who is Katie Ledecky Dating?

Sorry to burst your bubbles, folks, but Katie Ledecky is still dating T.P. That is the Pool. She is committed to no relationship but has a zeal to do exceptionally well in the 2024 Olympics. Katie said in a recent interview that she’s always, continuously, chasing one goal after the other. She has never once been satisfied with herself. Over the course of 9 years, she faces each swimming race with high expectations. Even her coach, Greg Meehan, is impressed by her dedication and hard work. In 2020, she didn’t use the free time of quarantine to date anyone. No, she finished her degree in psychology and also a minor in political science. She didn’t even meet her parents for over a year between March 2020 and April 2021. 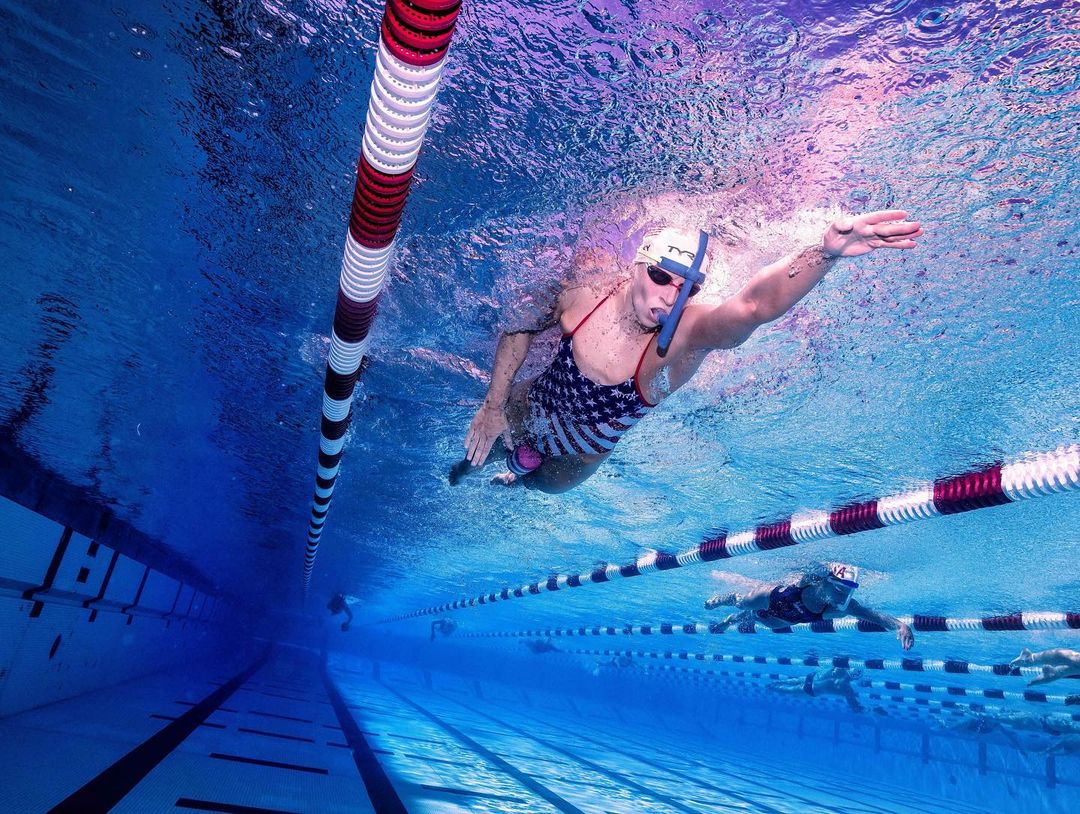 She spent the year doing ten workouts a week. And Katie Ledecky has no desire for partners or a normal dating life of a 24-year-old. Her competitive spirit denies her that – this she admitted herself. Nothing less can be expected for a girl who has broken the world record for the 1500m freestyle. She is super-focused on her training, and we wish her well for her next goal! Show them, girl!