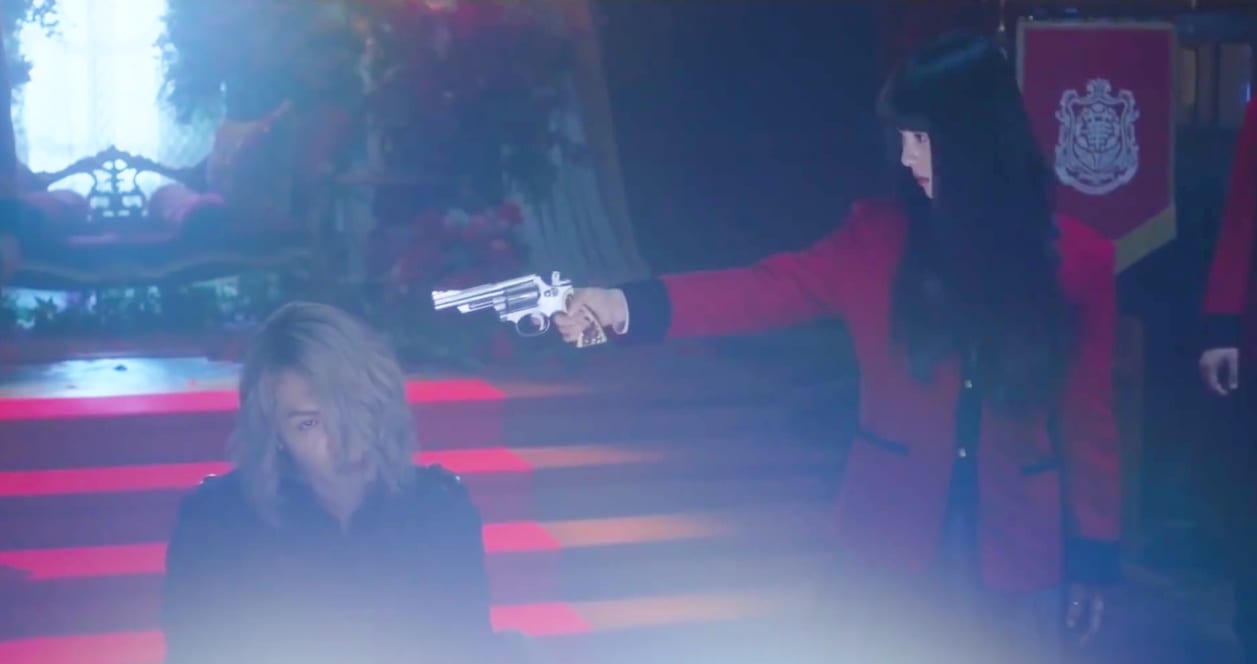 The Kakegurui anime and manga rose to fame quite a lot. Plots as unique as Homura Kawamoto and Toru Naomura’s manga are difficult to track. The manga was adapted for a live-action television series with two seasons followed by a movie. Kakegurui’s live-action movie is extreme and way over the top. However, the greatly exaggerated acting grows on the viewers, and they keep coming back for more. After the success of the previous adaptations, the series came back with another movie in 2021. The movie named “Kakegurui: Desperate Russian Roulette” has riled up its viewers with the trailer it dropped. Kakegurui is back with more madness and this time with deadly twists. Kakegurui: Desperate Russian Roulette shows promising content with intense plot twists.

MAPPA’s Kakegurui introduced anime fans to an entirely new form of entertainment. Who knew watching a series about maddening gamble was so much fun before its release. The live-action series was highly criticized for its exaggerated acting trying to copy the anime. However, the series actually ended up becoming quite popular despite reviews. As a matter of fact, as the series progressed, Mahiro Takasugi (Ryota Suzui) and Minami Hamabe (Yumeko Jabami) received great responses from the viewers of the show. Given the good impression, fans are naturally excited about Kakegurui: Desperate Russian Roulette. Here is every detail about the 2021 Kakegurui announced to date. You can check into the official website of Kakegurui Live Action adaptation to learn more.

A normal school by the day and a gambling hub by night, Hyakkaoh Private Academy has some of the most elite students. The school is run by a ruthless student council. Disputes are settled by gambling matches. Compulsive gambler Jabami Yumeko has always been targeted by different council members for different reasons. This time, suspended student Makuro Shikigami invites Yumeko into a game of Russian Roulette betting his life into it. With lives at stake, he traps Yumeko and many others into a deadly gamble. 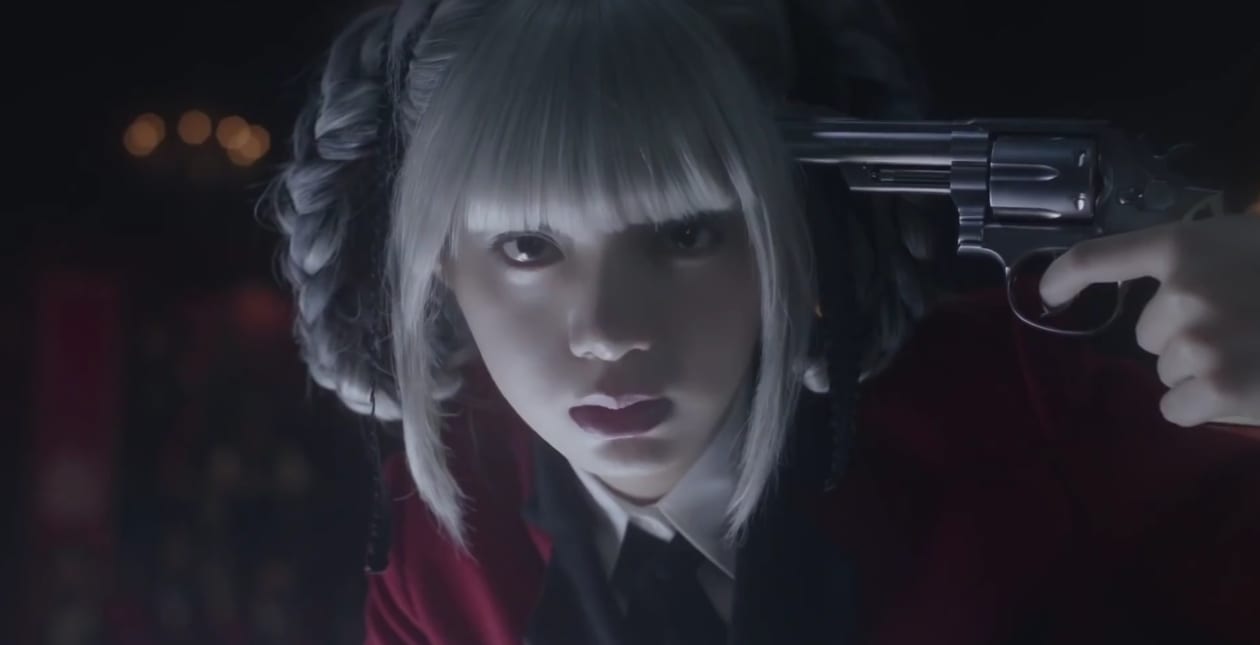 Although the movie is based on the manga by Homura Kawamoto, the plot is entirely original. Makuro Shikigami is an original character of the live-action series. He is also known to have an ability called synesthesia. The movie trailer gives out many curiosity-packed scenes. In a particular cut scene, the ruthless Council President, Kirari Momobami can be seen at gunpoint. This particular scene has brought a major uproar among the fans of the shows.

The new live-action movie was scheduled to be released on April 29, 2021, in Japan. Later, the date was pushed back to May 12.

As per the most recent announcement, the movie is not set to be released on 1 June 2021. The theme song of the film, Checkmate is performed by Milet.

A good outline of the personality of Makuro Shikigami is drawn out in this trailer. For starters, we know that he is indefinitely as crazy as Midari and Jabami when it comes to gambling to bet his life. Moreover, it seems like a fair share of the student council is afraid of him and is instantly cautious on his return. How Jabami deals with yet another crazy gamble are going to be a treat to the eyes.

Also, the cast is back with their extreme acting. However, the personality switch of Yumemi Yumemita was a commendable skill. It fits the character portrayed in the manga quite well. It’s amazing how she flips from the perfect quirky girl to her darker side when she is alone. Sayuri Matsumura needs appreciation for her role as Yumemi Yumemita for such precise performance.

The same cast from the previous Kakegurui Live Action projects will return for the movie. This includes Minami Hamabe as Jabami Yumeko, Mahiro Takasugi as Ryota Suzui, Aoi Morikawa as Mary Saotome, Elaiza Ikeda as Ririka and Kirari Momobami, and Ruka Matsuda as Sumeragi Itsuki. Other actors such as Yurika Nakamura, Taishi Nakagawa, Sayuri Matsumura, Miki Yanagi, and Natsumi Okamoto will also resume their roles. 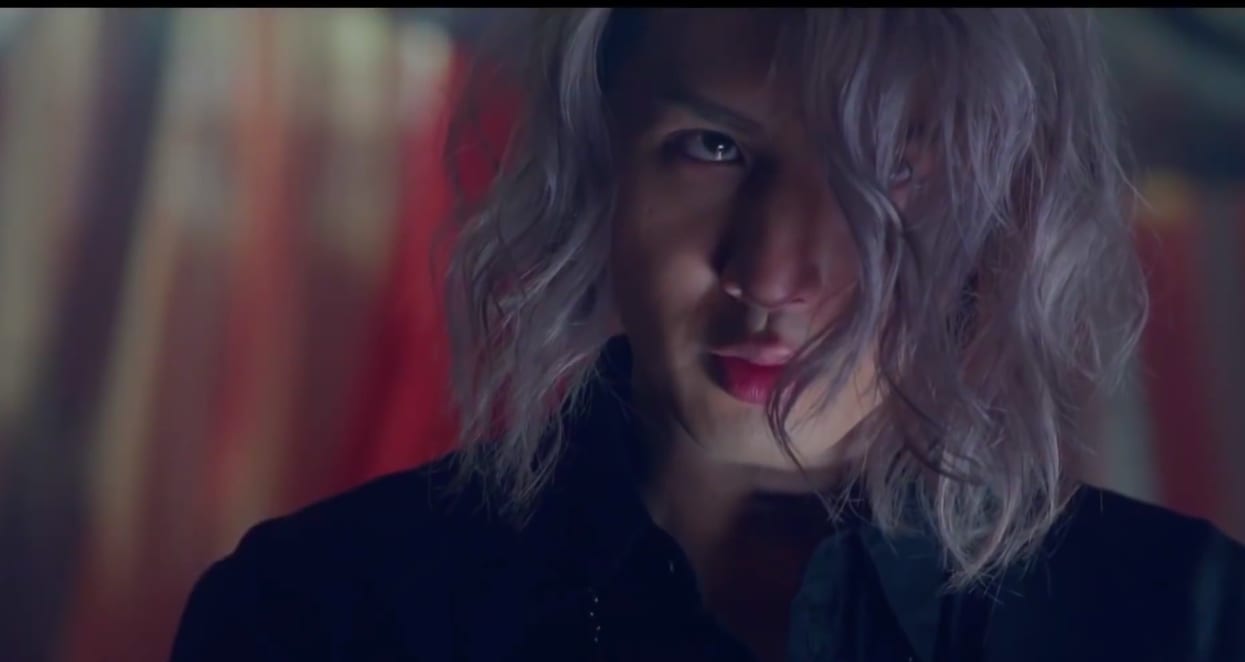 The newest character, Makuro Shikigami, will be played by Ryusei Fujii. One might recognize the actor from movies like Samurai Sensei and Bakamentary.