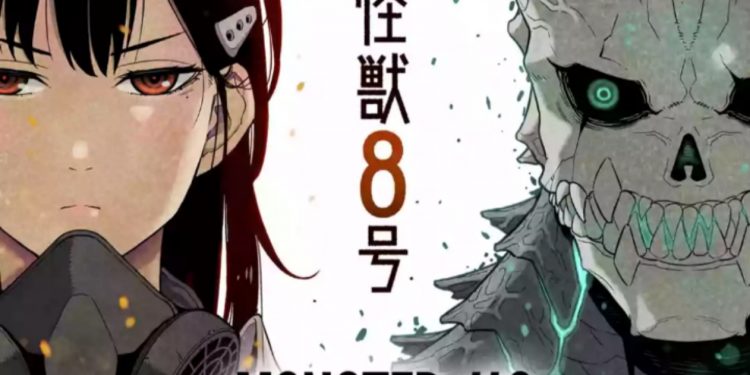 Kaiju No 8: Manga By Naoya Matsumoto.

Every time a good anime ends, the first thing that every fan has experienced is the utmost curiosity to know what happens next. Reaching out to wonderful manga series through anime has become quite common. But once you enter the world of manga, you open a whole new door leading to new stories, fantasies, and fiction. There are several manga series that have not received an anime adaptation yet, although fans are completely whipped with their plot and looking forward to it. One such manga is Monster No. 8, also popularly known as Kaiju No. 8. Set amidst the world of monsters and their threat, the manga has shown remarkable progress in terms of character development. With the end of every chapter, readers find themselves not only curious about what’s in store next but also craving a Kaiju No. 8 anime adaptation even more.

Kaiju No. 8 is an exciting thriller with multiple actions packed scenes sure to give you chills. The manga brings forth multiple significant arcs that lead through a smooth pace. Several readers are absolutely in love with the concept of monsters and humans that the manga is bringing in. Another reason for its widespread popularity is its set of well-written characters. Currently ongoing, Kaiju No. 8 has grasped a lot of attention with its dark fantasy setting and hilarious turn of events.

So will there be a Kaiju No. 8 anime adaptation? Here is what we know about the progress so far.

Kaiju No. 8 is a very popular Japanese manga series written and illustrated by Naoya Matsumoto. The manga was launched on July 3, 2020, and has since been ongoing. It was produced by Shueisha and serialized in the Shonen Jump+ magazine. The first volume of the manga came out in December 2020. Its most recent volume, which was volume number 5 in the series, came out towards the end of 2021 on December 3.

The manga releases new chapters weekly and takes one break after three consecutive episodes. In these breaks, rather than manga panels, Matsumoto releases illustrations of his characters. The manga has five complete arcs so far, and its sixth arc is the most recent and ongoing arc. It is titled the “Kaiju Weapon Arc”, which started from chapter 41 of the manga.

The plot of Kaiju No. 8 revolves around the concept of monsters, sprinkled with the messages of regret, hope, and moving ahead in life. It is set in futuristic Japan, where the world is invaded by monstrous creatures called Kaiju. However, humanity is protected from these Kaiju by the Japanese Defence Force, whose strongest soldier is Mina Ashiro. Kafka Hibino is a 30-year-old man who works at the Monster Sweeper Inc, a company that cleans up dead monsters after the Defence Force has taken care of them. Deep inside, Kafka has always wanted to join the Japanese Defence Force, and the reason was Mina Ashiro. As kids, Kaiju had destroyed their homes, and the two had made a promise to enroll in the Defence Force together.

However, while Mina became the strongest soldier in Japan, Kafka could not clear the exams. Having lost hopes of ever joining the Force, Kafka had almost given up until he meets a part-timer who urges him to join again. But things take a new turn for Kafka when a fly enters his body through his mouth, and he achieves the ability to turn into a Kaiju himself with extraordinary powers, which gets named Kaiju No. 8. While no one except one character knows about his true identity, Kafka tries his hardest to pass the exam one last time.

The Defence Force is in search of the monster, while Kafka is determined to get enrolled into the same and protect humanity.

Is There a Kaiju No. 8 Anime Adaptation?

If anyone is immersed in the hobby of reading manga, they’d be very well acquainted with shonen manga like Kaiju No. 8. Not only among Japanese readers, but manga is quite popular even among readers overseas. Kaiju No. 8 has not been adapted into an anime so far. There has been no announcement about any studio picking up the series and animating it so far.

Despite its good performance so far, a primary reason why the manga has not been animated yet is that the source material has very less content. Although the story has progressed a lot, it seems like the studios are waiting for more material to accumulate. At the time of writing, the manga has updated 53 chapters.

So will there ever be a Kaiju No. 8 anime adaptation? The secret to a manga’s adaptation into an anime lies in its popularity, sales, and plot development. Kaiju No. 8 has not only been nominated for multiple prestigious awards, but it has also won several of them. It has also been ranked 6th by the 14th Manga Taishō in 2021, Top Ten by the School Library Journal, 12th on the 2021 “Book of the Year” list by Da Vinci magazine, and 3rd on Takarajimasha’s Kono Manga ga Sugoi! 2022.

As per Shonen Jump+, the manga has been reported to be the fastest to have 30 million views after 5 months of its release, in December 2020. As of the most recent update in April 2021, Kaiju No. 8 has had 100 million views.

Within the initial stages of its release, the manga had reached 1 million copies very quick. The number had risen to more than 5.5 million copies in circulation as per the reports of December 2021.

Will There Be A Kaiju No. 8 Anime Adaptation?

Also Read: Who Does Rangiku Matsumoto End Up With In Bleach Anime & Manga?

As we hype up our readers about the manga unannounced anime adaptation, one must wonder why the manga is so popular among its audience. Kaiju No. 8 stands away from being a generic shonen or seinen story on several grounds; one of them being the very fact that the protagonist is actually a 30-year-old man rather than a teenager. The concept of monsters in the anime has a lot worth looking forward to, especially if you are into dark fantasy and super cool action moves. Matsumoto’s illustrations make the story even more prone to addiction. The fine details of every character and monster is a blessing to the eye. However, what’s even more brilliantly done is the construction of the plot and the individual character build-up.

The protagonist, Kafka, is a very likeable character. He is hilarious, even, at times, making the most relatable statements at times. Kafka is hopeful indeed, but he is not the hunk that we usually see in anime as protagonists. He has a fairly average body, normalizing the idea that a hero need not always be a hot and fine dude. It could be anyone.

Another aspect of Naoya Matsumoto’s Monster No. 8 that I’ve come to respect a lot is his ability to write strong female characters who have individual personalities. Female characters in this manga are not just tools for fan service but strong women you just cannot help but love.

Kaiju No. 8 has several amazing moments, and seeing them getting animated is truly something worth looking forward to.

You can read Kaiju No. 8 on Viz Media or Shueisha’s Manga Plus app. We strictly recommend the use of official apps and websites as linked above to support the original creators. The complete manga is available on the Jump+ app for free for readers from all regions.