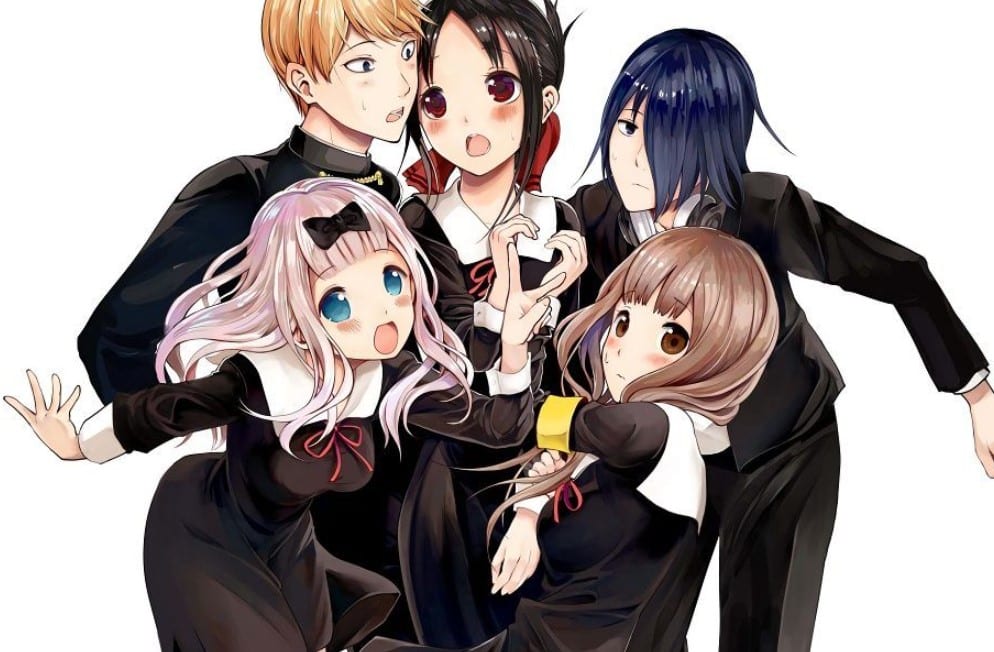 Chika finds Ishigami and Miko fighting again. Chika wonders when the fight between the two will end. She realizes that love is war and believes that she is witnessing a beautiful scene. Chika comments that after seeing Ishigami and Miko together, her heart is in the right place. Miyuki remarks that she must not feel like that when two people are fighting. The chapter is titled Kaguya Shinomiya’s Impossible Challenge: The Buddha’s Stone Beginning Bowl Part 3. Kaguya arrives and asks the two what they are saying.

Chika comments that Ishigami and Miko are friendly to each other. Miko reveals that she is angry because Ishigami ignored her messages online. Ishgami claims that he spent a half-day without his cell phone. Miko replies that it takes four seconds to respond to a single note, but Ishigami has 12 hours without talking with her. She told Ishigami that he could have said he was busy and he can tell her that they will chat later. Chika realizes that this fight happens between two lovers after three months of falling in love.

Miko reveals that she spent 12 hours worrying if she has done something that makes Ishigami not talk with her. Ishigami reply that he forgets his phone in the living room. Miko scolds Ishigami and asks him why he has a cellphone that he can’t keep by his side. Ishigami is surprised that Miko is worried over a phone and comments that not everyone spent their time glued to their cellphone. Ishigami reveals that all of his friends communicate with him through the computer, and he doesn’t use his phone often.

Miko is surprised that Ishigami is not active on social media. Ishigami replies that there are many people like him ou there. Miko asks Ishigami if he has friends, and Ishigami replies that he has ten or fewer friends on social media. Miyuki and Kaguya are listening two the love story between Ishigami and Miko. Ishigami asks Miko if she falls in that group that spent the whole day on the internet. He also talked about Tinder and Bumble app that is helping people find their partners. 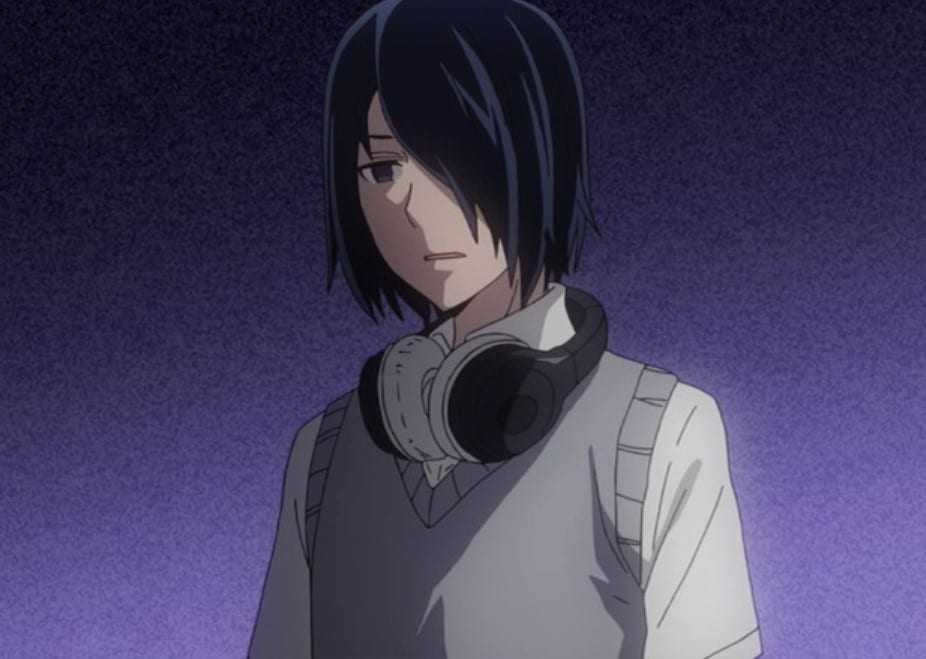 Ishigami thinks that typing is old fashion and they must prefer voice chat. Ishigami also talked about discord and told Miko to message him through discord. After he gave Miko explanations about the app, Miko thinks it’s not easy, but she will try. Chika also praises discord, and Ishigami comments that everyone is using that app. Ishigami reveals the fun he had when using ”Discord” with his friends. Miko notices that Ishigami is dozing off and realizes that Ishigami didn’t get enough sleep.

Ishigami said he didn’t sleep in time last night since he enjoyed having fun. A strange girl sits on Ishigamis’s desk and comments that she didn’t sleep, too. The girl reveals that she had a lot of fun with Ishigami last night. Ishigami complements the girl’s voice and asks her if she is Koromo. Koromo asked Ishigami if he didn’t notice her and said Gigako invited her to that sever. The boys are jealous that a girl like Koromo is talking with Ishigami. The boys wonder how did the two know each other or they are playmates.

Ishigami and Koromo talk about the fun they had last night. The boys heard the word last night, and fun. They wonder what has happened between the two. Komoro left while saying she will be waiting in the same room for Ishigami. The boys are stunned and wonder if Ishgami is hitting on Koromo. But Koromo was talking about the chat room. Ishigami never thought a beauty like Koromo could come so close to him. Miko heard everything, and she started to feel insecure.