It's a new year again! Aren't we K-pop fans excited about the future of our favourite idols? 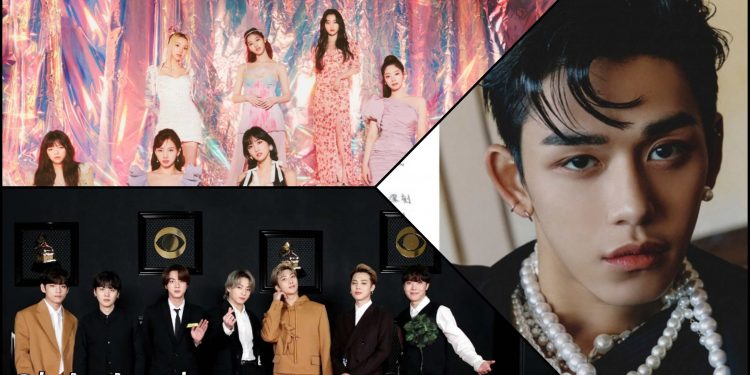 With so many K-pop idol groups debuting and disbanding every year, we never know what can happen in the world of the Korean music industry. One minute we are witnessing the great rise and success of a K-pop group, while in the next one, they are already hitting the rock. However, that doesn’t stop us from making predictions about our favorite celebrities! K-pop stans know about their idols better than they know themselves, so it isn’t even shocking when their predictions come true. With every passing day, we are nearing a brand new year with new surprises, new music, and lots of extra K-pop content! We have been very excited to know what does the K-pop industry has in store for us in this upcoming year!

While some of the hardcore K-pop fans are tearing their hair out, worrying about the future of their favorite groups, some of their favorite bands are reaching for the sky. Before we officially mark our entry into 2020, let’s not forget to look into K-pop’s crystal ball in order to predict the future. Here are the top six most popular K-pop predictions for 2022 that we think have a higher chance of coming true. Let’s see if your predictions have matched ours!

The ONCE fandom might be having insomnia these days, for the end of the popular girl group TWICE might be near. We are already aware of the fact that when a new group is formed, the agency signs a contract for a term of seven years. The groups that turn out to be very successful complete the entire term of seven years and even have their contacts renewed while the less popular ones get disbanded early. TWICE was formed on Mnet’s survival reality show SIXTEEN in 2015, which means their contract is supposed to end in 2022. Therefore, unless JYP Entertainment decides the renew the contract, which is extremely rare, sadly, TWICE is disbanding next year.

Even though the agency decides for the extension of the contract for another seven years, the members of the band might not adhere to their decision. This is because the members of TWICE, on various occasions, have confirmed their feelings about working consistently as a group. They feel exhausted at times, mentally and physically drained, and have faced some health issues over these years. There are high chances some of them would like to rest for a while and then work as solo artists. It is just a matter of time now before we know the end decision.

During the last two years, we have observed a sharp rise in the number of new successful girl groups who have managed to dominate the K-pop industry soon after their debut. ITZY, aespa, STAYC, Weekly, and LOONA are currently some of the most popular ones from the fourth-generation race. It seems like the trend is not going to end soon as big K-pop agencies like JYP and HYBE are working on launching their newest girl groups in 2022.

The debut of a new girl group under JYP Entertainment is highly-anticipated as they have been releasing teasers of the members. The company has already opened the pre-order portal for the audience to book their blind packages! On the other hand, HYBE is launching a new independent label called ADOR that is gearing up the debut of a new girl band recruited during ‘Plus Global Audition’ that took place in 2019.

When Jin, aka Kim Seok-jin from BTS, turned 28 last year in December, he was supposed to get enlisted for the mandatory military service in South Korea for a duration of two years. However, the ARMYs let out a sigh of relief after the news came out that BTS could postpone their military service up to the age of thirty. The revised law allowed the ultimate Hyung of BTS to continue his singing career for two more years before he was finally enlisted. Since then, there has been a lot of opinions across the fandom regarding whether the government should exempt BTS from the training.

While some wanted them to own the prestige of serving the country, the others stated that just like Olympic medal winners or great folk musicians, who have been exempted from military service in the past, BTS must get that privilege too. However, Jin will be turning thirty next year, and the other Hyung-line will be attaining that age soon as well. So we can expect some of the members of BTS to take a break from music for their military service. However, before that, it is also predictable that the group will release a full-length album which they have been postponing for a long time owing to the lockdown.

The twenty-two years old Hong Kong rapper, singer, and model Lucas has been involved in multiple scandals this year, and the results haven’t been great for him. Lucas has been a member of the boy group NCT and WayV under SM Entertainment, but after being accused of having romantic relationships with several of his female fans in Korea and China, the agency seems to have paused all his activities. Moreover, he has been accused of indecent behaviors like cheating, gaslighting his girlfriends, and taking advantage of them, which created loads of shockwaves in the music industry of both Korea and China.

Lucas admitted to his wrong-doings and gave a public apology on social media for hurting the sentiments of his fans. He announced that he would be taking some time off for self-reflection and self-introspection, soon after which his name was found missing from the merchandise of NCT. Although the company hasn’t officially announced Lucas’s exit from the group, it is difficult for him to come back after him losing his fan bars in China. Whether the allegations directed towards him are true or not, a lot of his fans still want him to be forgiven and given another chance. Let’s see if the company decides to test the water in a different way!

2. BLACKPINK Having an Actual Comeback in 2022 and The Future of its Members

After attaining an undeniable amount of love and fame from all around the world, another K-pop girl group, BLACKPINK, seems to reach its disbandment. The group was formed in 2016, so as the 7-year curse goes, their contracts are supposed to end in 2023. Although the company might want to retain the group owing to their brand value, it is very unlikely to happen. After all the hate and criticism that band members Rosé and Lisa had to deal with, we can’t expect them to remain working as K-pop idols.

For bona fide BLINKs, the news of their disbandment may be very stressful, but it also paves different ways for their idols. We can already see Ji-soo emerging in the acting line while the other members will focus on their solo music careers. Amidst all this, another prediction says that BLACKPINK will have an actual comeback by the end of 2022 with their second Korean studio album. Since their contract ends in 2023, there is no way YG Entertainment will not ensure a comeback, especially if the contract isn’t extended.

Remember when the fans declared war on Twitter against the Grammy awards when BTS lost the trophy of the best pop duo to ‘Rain on Me’ by Lady Gaga and Ariana Grande! The ARMY’s accused them of using their boys for clout, making them perform for their superhit first English-language single, ‘Dynamite,’ and not awarding them with the prestige that they deserve. No wonder artists like Zayn Malik, Justin Bieber, and the Weekend decided to ditch the night.

The fans took to social media in order to express their disappointment and anger, making the hashtag ‘Scammys’ trend on Twitter for hours. Therefore, after facing such harsh criticism, we might expect the Grammy’s to be fair the next year and hand over the award to the global K-pop sensation, BTS, who has been nominated this year for their hit number, ‘Butter.’