Justin Herbert Girlfriend: Who Is This American Football Quarterback Dating In 2021? 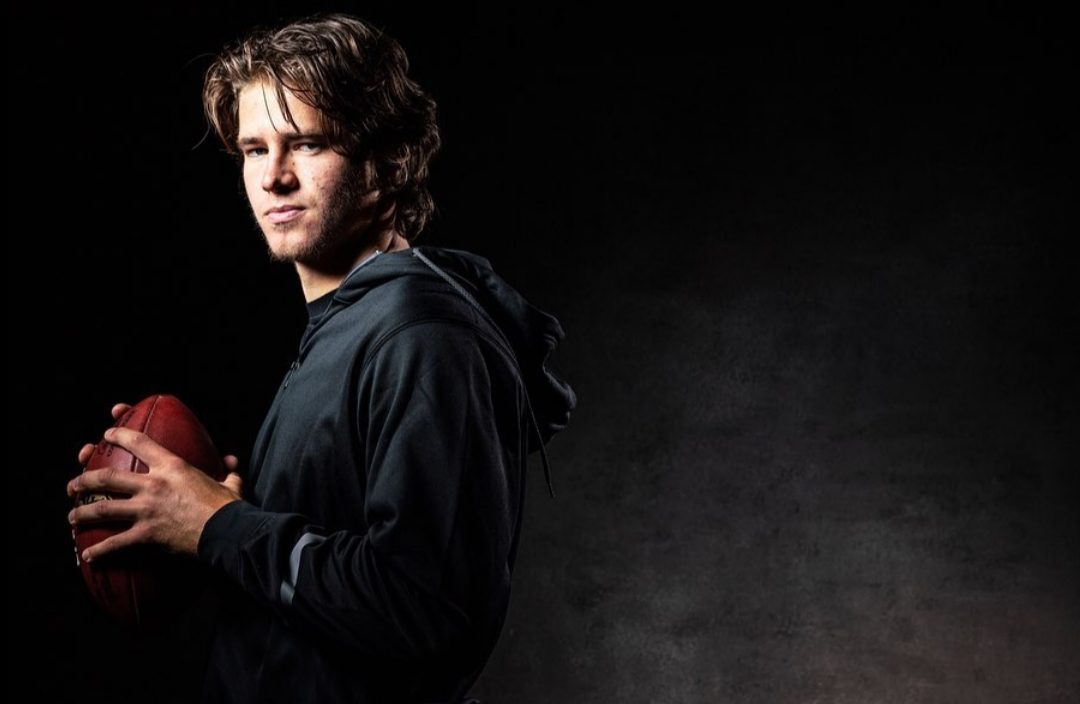 Who is Justin Herbert’s Girlfriend? Amid the rumors, this American football quarterback for the Los Angeles Chargers of the NFL- National Football League is covering the limelight. The fans of Justin Herbert are going crazy to know about his personal life. From his daily routine to his love life. But unfortunately, unlike other players, Justin prefers to keep his personal life under the laps. However, Justin probably understands the power of media. And this is because the media can dig out every hidden truth or fact.

Justin Herbert played college football for the Oregon Ducks. And there, his skills helped him to win the 2019 Pac-12 Championship. And thus, he was named MVP of the 2020 Rose Bowl. Later, he had enough fortune to get selected by the Chargers sixth overall in the 2020 NFL Draft. In the second game of his rookie year, he became the Chargers’ starting quarterback. All this happened after Tyrod Taylor suffered a punctured lung in the pre-game.

He used the opportunity very well and remained the starter for the rest of the season. And there, he set several rookie statistical records. Which include the most touchdown passes and the prestigious record of most 300-yard games. All this helped him to get named as the AP NFL Offensive Rookie of the Year. But now, apart from his success in his career, his fans want to learn about his love life.

As the internet community is growing with time, the sports and entertainment industry is spreading its roots. And so is the case with people who keeps an interest in these fields. And this had only made to multiply the number of media personalities by twice or probably thrice. This is quite good news for people who love entertainment. But now, because of this, the life of famous personalities had become difficult. Every time they step out of their house, they have to be cautious about everything related to them. Ranging from each forwarding step to the persons they meet. Otherwise, they would fall prey to the paparazzi. And then they have to handle the pressures of the rumors which cover the internet space. So, who is Justin Herbert dating?

Records say that Justin Herbert is currently dating no one. Yes, at present, Justin Herbert is exclusively single and has no girlfriend. But this doesn’t mean that he didn’t date anyone. Many a time, he was the target of the paparazzi. For what? For knowing his relationship status. Did they get any? Of course, yes! But we can not say that every time the news was true. And this is because, in the entertainment industry, it is common and quite obvious for rumors to cover the air and space.

Some reports and rumors say that Justin Herbert is dating the anchor and reporter of NFL Network. Her name is Taylor Bisciotti. The public saw her appearance on several NFL Media platforms and programs. Before she joined the NFL team, she was one of the hosts for Sporting News after serving as a popular sideline reporter for ESPN and the SEC Network.

Other relationships in which Justin was rumored to be linked

Well, the media is proof that whenever any handsome player lands on the field, the rumors of his dating life catch the fire. And so is the case here! Many a time Justin Herbert was rumored to be linked with several famous and pretty personalities. However, all of them turned out to be a hoax.

One such rumor was with Sabrina Elaine Ionescu. She is an American professional basketball player. Sabrina Ionescu plays for the New York Liberty of the Women’s National Basketball Association. She played college basketball for the same organization in which Justin Herbert played, Oregon Ducks. On one hand, Justin Herbert was breaking records, and similarly on the other hand, Sabrina Ionescu was setting records for Women’s College Basketball. And probably, this was the reason for the rumor that they were together.

Another rumor in his Justin Herbert was engaged was with model Rylee Jean. One time, it was the most trendy rumor. The rumor oozed when fans saw them following each other on Instagram. Moreover, they both belong to LA. But later, it came out that there is no depth in this rumor. Which had potentially depressed their fans who wanted to see them together. And there’s no doubt that they both would look like a perfect couple together.

Ordinary Joe Release Date: All About The Feel-Good NBC Drama

Angus T. Jones Net Worth: How Much Does The Two And A Half Men Star Earns?