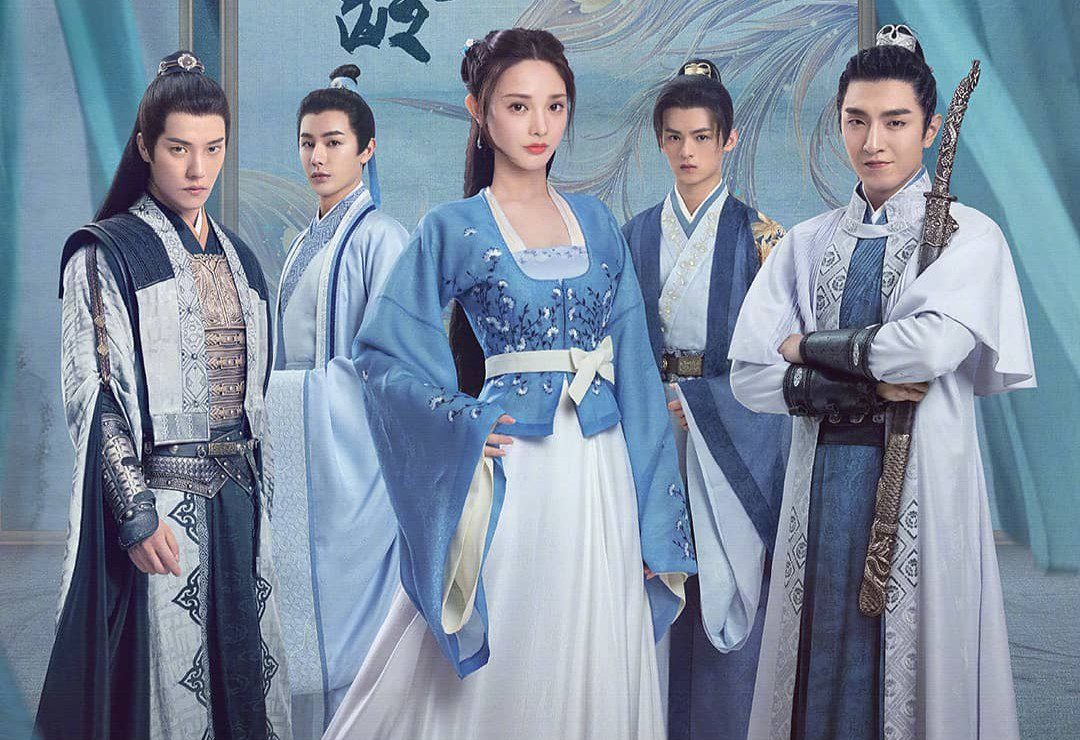 Jun Jiu Ling Episode 25 Release Date: Jun Jiu Ling is the story about Jun Jiuling’s triumph in finding her father’s killer. The beautiful Jun Jiuling finds out about the reason behind her father’s death on her wedding day. As her own uncle kills her father to become an emperor. While she is filled with the thoughts of taking her father’s revenge, Jiuling ends up getting captured by her husband Lu Yunqi. While Jun Jiuling was on the verge of death she’s saved by Zhang Qingshan – a physician.

Now that she’s saved, Jiuling has to make sure that her identity is hidden for her plans to become successful. She comes back as Jun ZhenZhen and impresses everyone in the Fang Family. Jiuling disguises herself to find out about all the internal details of the emperor. So that she can save other people from his negative political schemes. Jiuling is very smart when it comes to her medical skills. She heads to the capital to become a physician. Through her efforts, she manages to win everyone’s hearts.

Finally, she unfolds all the political secrets and the reasons for her father’s death. Jiuling successfully manages to get her father’s respect back. Apart from all this, she’s also stuck in a strange love triangle with three different men.  Ning Yunzhao- her best friend – a nobleman,  Chen Zhu Zan- her childhood love, and Lu Yunqi – her former husband – the imperial guard, who tried to kill her. This drama is well known for its strong female protagonist. Fans are desperately waiting for its upcoming episode. So, let’s check out the release date for Jun Jiu Ling’s Episode 25.

The episode starts with the news of Prince Huai’s sickness . She has to treat him, but her workers are quite scared that Lu Yinqi will capture her. Jiuling arrives at the palace only to find Lu Yinqi humiliating her. After all this, Jiuling makes her best attempts to talk to Prince Huai. But for some reason, he doesn’t appreciate it, so she pulls him in for a tight hug. Jiuling recalls all her memories with him. As the episode moves on, everybody talks about Lu Yunqi’s love for Jiuling. He sent betrothal presents for her and this leads to a huge fight. Zhu Zan spills his anger for forcing Jiuling into this marriage. He smashes the gate of the Arm Moral Department and blames him for his mistakes. Zhu Zan calls out his fake fleeting love and proves it to everyone.

Amidst these chaos, Ning Yunzhao, clears the fact that his engagement with Jiuling is still valid. Furious by his announcement Li Yunqi gave him cold piercing stares when he left. Furthermore, Ning Yunzhao and Jiuling are talking about the engagement rumours because she never wanted those rumours to effect Ning Yunzhao’s reputation. Zhu Zan becomes very disappointed about their engagement news and ends up attending her place. Drunk in despair he talks about his feelings to Juiling. The next morning, she makes fun of him for all the things he confessed last night.

Embarrassed by his actions, he denies everything he said. It’s really good to see their chemistry on screen, as it provides a refreshing change to the drama. The episode ends with the all consequences of Ning Yunzhao’s engagement announcement. Uncle Ning Yan has to hide it from other members because Mrs Ning will cause a huge chaos. if she knows the truth. But as per Fang Chengyu, she won’t take the marriage contract that seriously.

Jun Jiu Ling Episode 25 will release on September 22, 2021. Episode 24 aired on September 15 2021. Jin Jiu Ling will release 40 episodes in total.  You can watch this episode on Rakuten Viki, with a minimum subscription. This episode will be available within 4 days to watch on the Viki app. Fans are desperately waiting for their episodes to release, it’s one of the popular Chinese dramas today. This Historical Romance drama has around 9.4 ratings for its captivating storyline and diverse characters. As per the ending of episode 24, in the next episode it is expected that Jiuling will have to face new medical problems across the whole capital and it seems like Lu Yunqi is plotting schemes to hurt her. Do watch the next episode to understand the context!