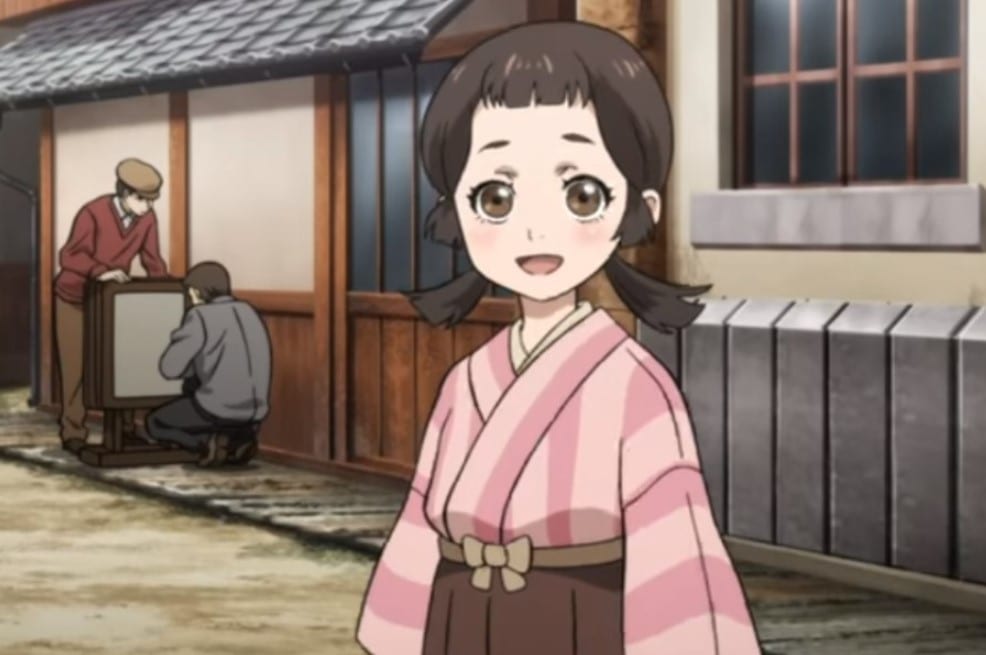 Asahi has managed to trick Jin after playing the death trick with instructions from Makoto. They buried Sawa with Jin, who is convinced that Sawa is dead, but after the funeral, Asahi save Sawa. They escaped from Jin’s hands to start a new life since Sawa wanted to quit the Nue organization. Jin was not allowing Sawa to quit the Nue and reminds her of the rule that one can quit the organization only after death. But the death game played by Asahi paid off. In the morning, Sawa and Asahi arrive at where Ouren lives.

At the gate, they met with the lady that was chasing the stray cats away. Sawa asks if this is where Ouren lives. The lady reveals that Ouren got sick and died. Sawa apologizes for troubling the lady. She decided to leave with Asahi, but the lady asks her if she is Tsukishiro’s friend. The two stopped, and the lady said she has heard about them from her grandmother. The lady reveals that she is Ouren’s granddaughter named Rinko. Rinko looked at the little one and said she thinks this is Asahi.

Previously on Joran: The Princess of Snow and Blood Episode 7

The episode is titled Confidential File 637, A Fleeting Spring. Sawa realizes that Rinko knows a lot about them. Asahi told Rinko that Sawa is her big sister. Rinko welcomes them to her home. On the way to the house, Rinko told the two to feel at home, and she reveals that she has been paid to look after them. They later arrive in the house, and Rinko reveals that the government took anything worth much. She shooshes the cat and comments that grandmother keeps on feeding them.

Asahi realizes that’s why the yard is filled with many cats. But she saw a white cute cat and plays with it. Rinko told Asahi not to make her hurt the cat. She showed them the room where they will be staying. Sawa notices that the room is messy, and they have a task to clean it. Rinko saw a white crow and comment that it is a bad sign. Sawa looks at her, but she knows that the white crow belongs to her. Asahi opens the room and decided to start cleaning. She notices that the room was abandoned a long time ago. 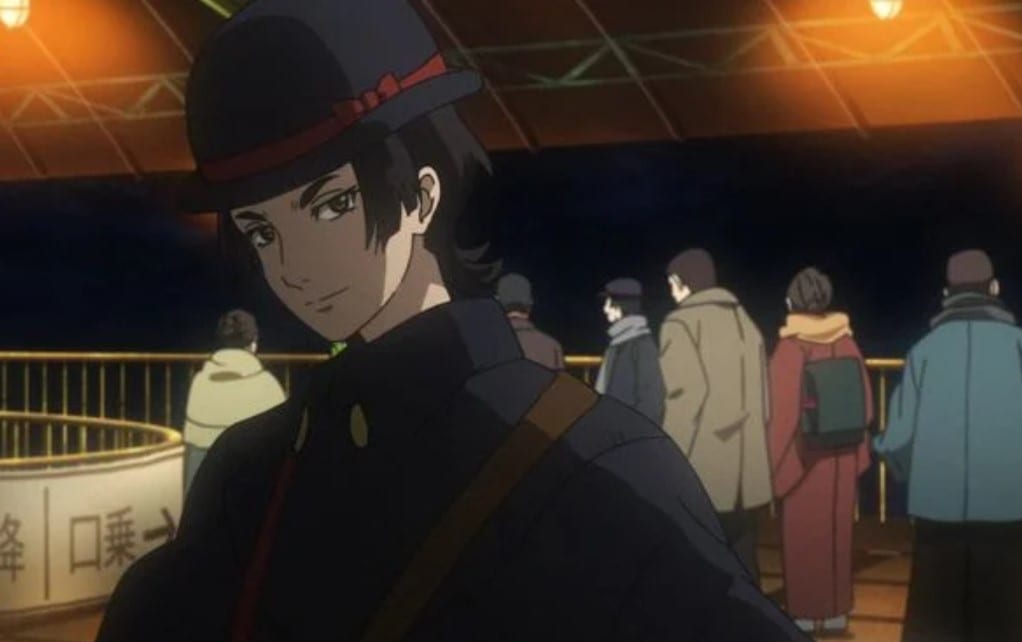 Sawa also entered the room and told Asahi to rest, and she will do the cleanings. The spider scared Asahi and Sawa wanted to kill the spider. She notices that Asahi is looking and took the spider outside. Sawa told Asahi that it is no easy to change since she is used to killing those who take the beloved ones. But now she is relieved that she has avenged the death of her parents and no more killing. She is way from the stress and the Nue organization. Asahi realizes that this is the great start of their new life.

Sawa told Asahi that she would make efforts to change while starting a new life. The white crow guards them every night as they sleep. Since it is spring, they went to the bad earlier. Asahi is no longer feeling lonely nor lack the love from her parents since Sawa is around her. In the middle of the night, Asahi moves from her bed and sleeps close to Sawa. Sawa notices that and lets her have a good night’s sleep. Meanwhile, Jin is torturing a man who is refusing to tell him the truth.

Jin told the man that his foster father is dead. The man is revealed to be Todoroki Seiji, who asks if Jin killed Dr. Ijichi. Jin reminds Seiji that he has a brother, and Siji said his brother has nothing to do with this. Jin asks Seiji to tell him what is written inside Makoto’s notebook. Seiji reveals that Makoto is a treasure hunter; meanwhile, Makoto is left with two treasures to collect before Jin nabs him. Later Sawa met with a demon that wanted to kill Asahi, but Asahi got stabbed infront of her.

Joran: The Princess of Snow and Blood Episode 8 Release Date