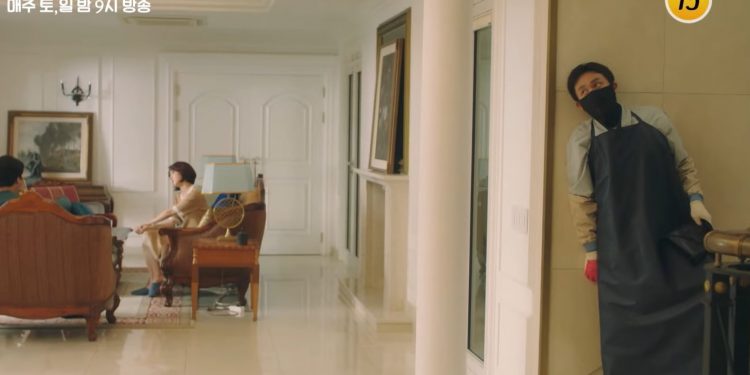 It seems like Joonhyuk will find himself in a pickle in episode 12 of ‘Uncle’. After Jihoo makes a deal with his grandmother, he doesn’t see his mother or Joonhyuk for months. However, after eight months pass, we are shown him giving his uncle a surprise at home. From what was shown, it looks like he sneaked out to do this. Now Joonhyuk will have to play his part in getting him back to his father safe and ensuring he doesn’t get in trouble.

No matter how Jihoo makes it seem, all the viewers are already aware of how hard he must be having it. Jihoo was inflicted with so much emotional and physical abuse at such an early phase of his childhood that it is hard to imagine how he must be okay stepping into that house again. It is clear that Jihoo cares a lot about his uncle and mother through the decision he makes. Now, we will see Joonhyuk sneaking into Jihoo’s fathers’ house to ensure his well-being. However, this might prove to be more difficult than he imagined. Will he make it in and out of the house safe? We’re all waiting for the weekend to find out.

When Joonhee’s ex-husband tells her that Kyungil is a murderer who is after insurance money, a seed of doubt is planted in her head. She tries to ignore the thought and put her trust in him, but at the back of her head, she can’t help but doubt everything. When she calls up the insurance company, she finds out that as Jihoo is a minor, if anything happens to her, Kyungil will indeed be the one who gets his hands on them.

This fuels her doubts. However, she finally confronts him when someone drops off information regarding his late wife’s death. An article that covered the situation tells that he had a motive to kill her as she cheated. Kyungil tells Joohee that it was true that he was angry and that it was an accident, but he can’t pinpoint his feelings when he stirred the wheel at the moment. Joonhee is taken aback and tells him that she doesn’t see herself moving into his place.

As Joonhyuk’s comeback showcase day approaches, he is filled with joy. The thought of being able to stand on stage again is miraculous to him. On the day that he does take the stage again, something unfortunate occurs. The police interrupted the showcase and announced to Joonhyuk that he was under arrest for being indulging in drugs. The Hot Bar owner is also under arrest for throwing a drug party. All this is false, but no matter how much Joonhyuk denies it, the efforts are in vain. He’s taken into custody, and Joonhee is left helpless.

Jihoo makes a deal with his grandmother

The trap Jihoo’s grandmother laid out for them all only becomes evident when it is too late. Jihoo knows that he’s the one she wants, so he decides to save his uncle. He thinks rather than letting his uncle lose away ten years in prison; he’d rather go with his grandmother and return to his mother when he is an adult. He makes this deal with his grandmother in secret that his return to her house will be in exchange for leaving Joonhee and Joonhyuk alone. She agrees, but once Joonhyuk is out of prison, he is extremely upset about the way things unfolded.

What to Expect From Episode 12 of ‘Uncle’?

The next episode of Uncle will take us through the consequences of Jihoo’s actions. His grandmother will not be pleased to find out he was sneaking around to meet his uncle. Will he be able to come up with a plan to cover his absence? Stay tuned to find out.

Uncle Episode 12 will be released on January 16, 2022. This episode will likely tell us more about Kyungil. All the viewers are curious to know if they will patch up or go their separate ways.

Where to Watch ‘Uncle’

Uncle is available to be viewed on Viki. The drama is slowly drawing to an end. The fans are all excited to know how the last pieces come together and if all the couples that they love will still be together in the end.

What does BMF mean on TikTok? All About The Internet Slang!