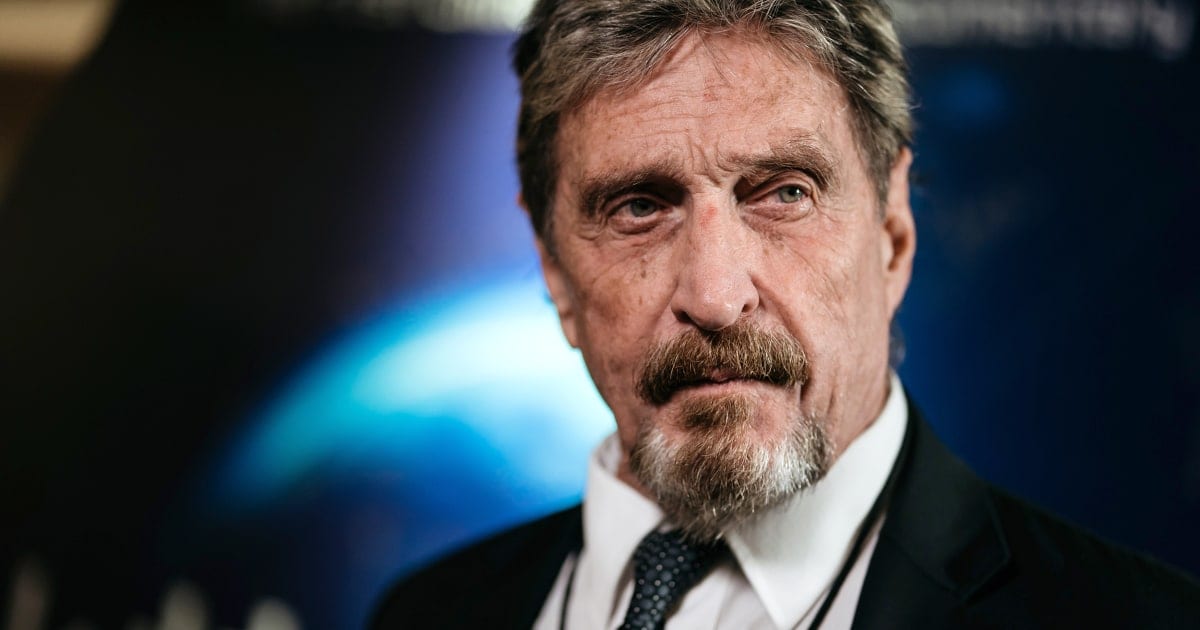 Our article today is about John McAfee Net Worth. The tech and business mogul recently committed suicide by hanging in Catalonia, Spain. His wife Janice claimed that her husband had no reason to take his own life. People are curious as to what happened to John McAfee. Well, that is still a case under investigation. Meanwhile, let’s find out everything you need to know about John McAfee.

There was a possibility for McAfee to be the President of the United States. He had contested the elections twice. The first time, McAfee lost out to Trump, while the second time, it was Biden. McAfee was married thrice. He once claimed that he had ’47 genetic children’. He never followed up on this claim though.

John McAfee’s life had come a full circle. He had risen from a humble background to become one of the richest persons in the world. However, he lost most of everything he had earned in his entire lifetime owing to badly made decisions. McAfee’s extradition to the United States was declared on June 23. Hours after this declaration, he was found dead in his prison cell near Barcelona. The Catalan Justice Department ruled his death as a suicide with an autopsy.

Who Was John McAfee?

John McAfee was a celebrated computer programmer and entrepreneur. Additionally, McAfee was also a two-time presidential candidate. He represented the Libertarian Party in the 2016 and 2020 U.S. Presidential Elections. Moreover, McAfee happens to be the developer of the world’s first-ever anti-virus software. He also founded McFee Associates for the sole purpose of selling his anti-virus software. Today, McAfee is one of the most trusted software used all over the world.

John McFee was born in England on Septem 18, 1945. However, later in life, he became an American citizen and held dual citizenship. McAfee’s father was American while his mother was British. In the US state of Virginia, John McAfee was raised in Salem. 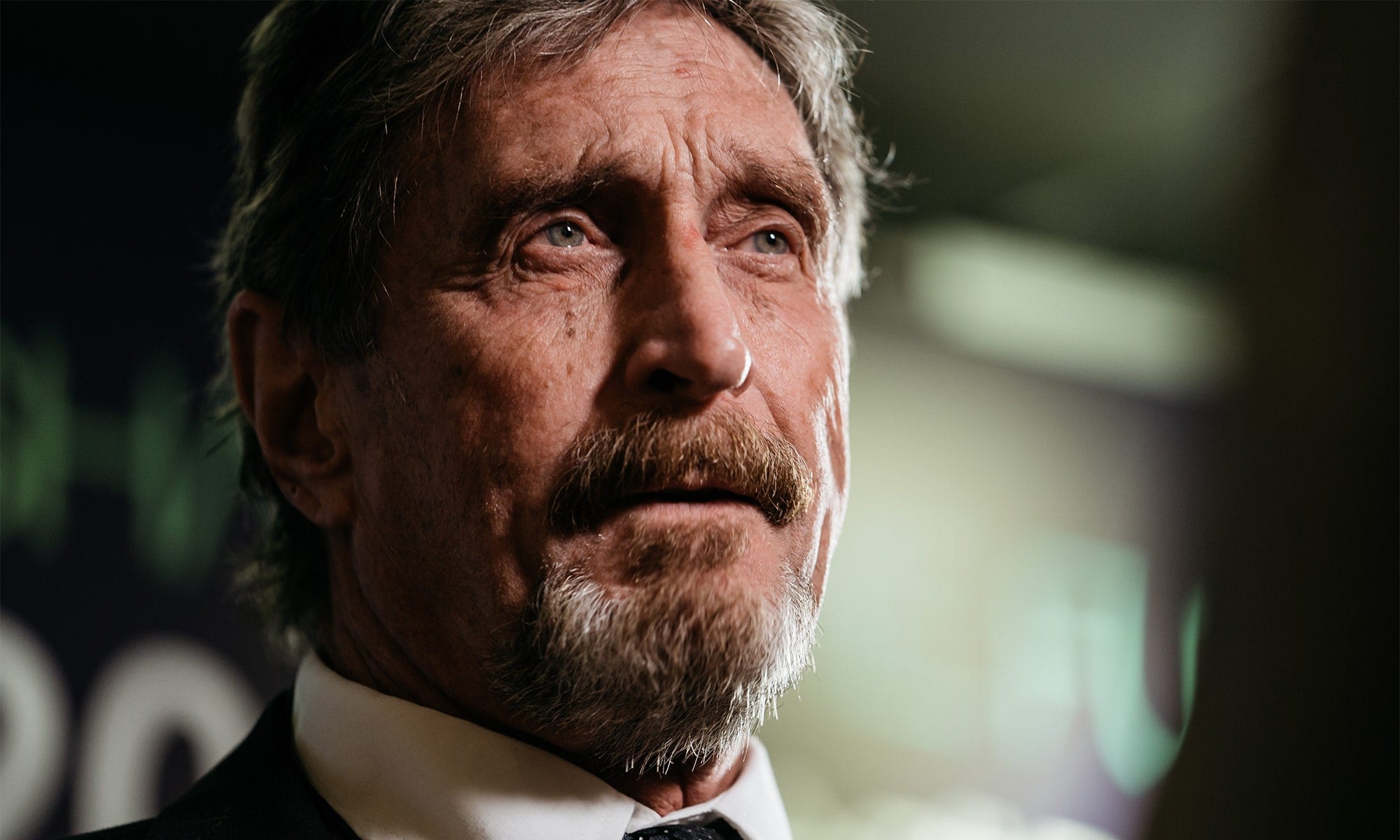 Coming to John McFee’s education, he graduated with a degree in mathematics from Roanoke College. John was working towards getting a doctorate in Mathematics from the Northeast Louisiana State College. However, he was expelled before he finished his graduate thesis. The main cause of McFee’s expulsion was his relationship with an undergraduate student. She later went on to become his first wife.

After being expelled in 1968, John McFee became a programmer at NASA’s Institute for Space Studies in New York City. He worked for the Apollo program for two years here. From NASA, McFee went on to work as a programmer for Xerox. When McFee developed his anti-virus system, he was actually working for Lockheed. It was the ‘Brain’ computer virus that inspired John to develop his software. Read on to find out more about how his genius programming skills helped him become a multi-millionaire entrepreneur. Find John McAfee Net Worth below.

It wasn’t until McAfee had finished the codes for his anti-virus software, that he decided to start his own business venture. In fact, McFee’s main motivation to start his own company was to sell his software. Thus, in 1987, McFee founded McFee Associated Inc. McFee didn’t start the company with the sole aim of selling his product and maximize revenue. His actual goal was to educate people about the importance of protecting their computers from viruses.

John McAfee‘s main agenda was to induce the fear of viruses in people. Manipulating this fear of malware, McFee generated millions of dollars in sales. By 1992, McAfee Associates Inc. was ready for its initial public offering. In 1993, McAfee stepped down as the Chief Operating Officer of his enterprise. He, however, continued to be wholly involved in the technical affairs of the company as the Chief Technical Officer. By 1994, McAfee sold all his stakes to the company and had no further association with it. 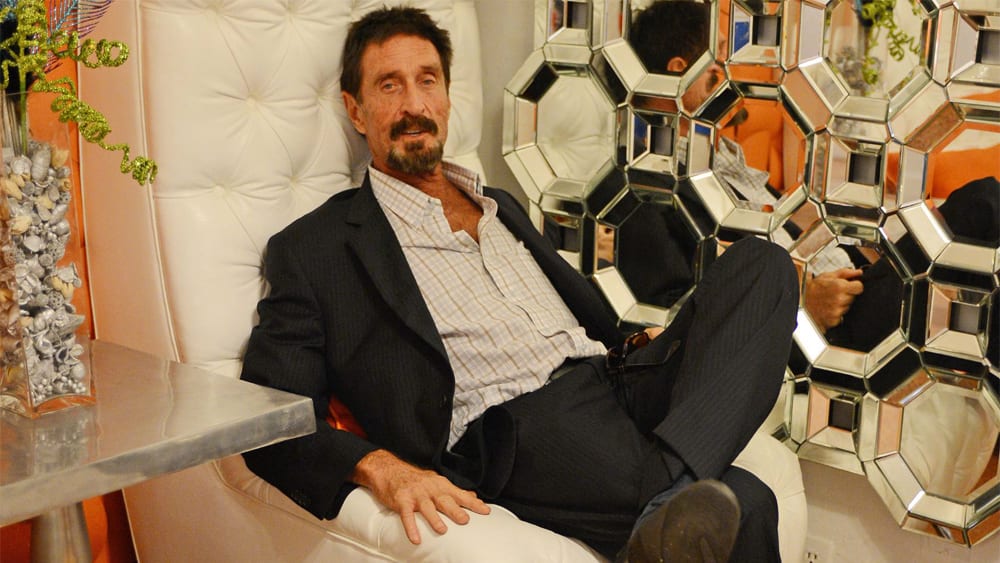 At the time of his death, John McAfee’s net worth was $4 million. However, there was a time when his personal wealth peaked at $100 million. McAfee lost much of his money to bad investments and the 2008 global recession. After leaving McAfee Associates, John worked for several other tech giants. From 2018 onwards, McAfee was the CEO of Luxcore. It is a company focused on the cryptocurrency market.

Also Read: Sergio Busquets Net Worth: How Much Does The Spanish Footballer Earn?