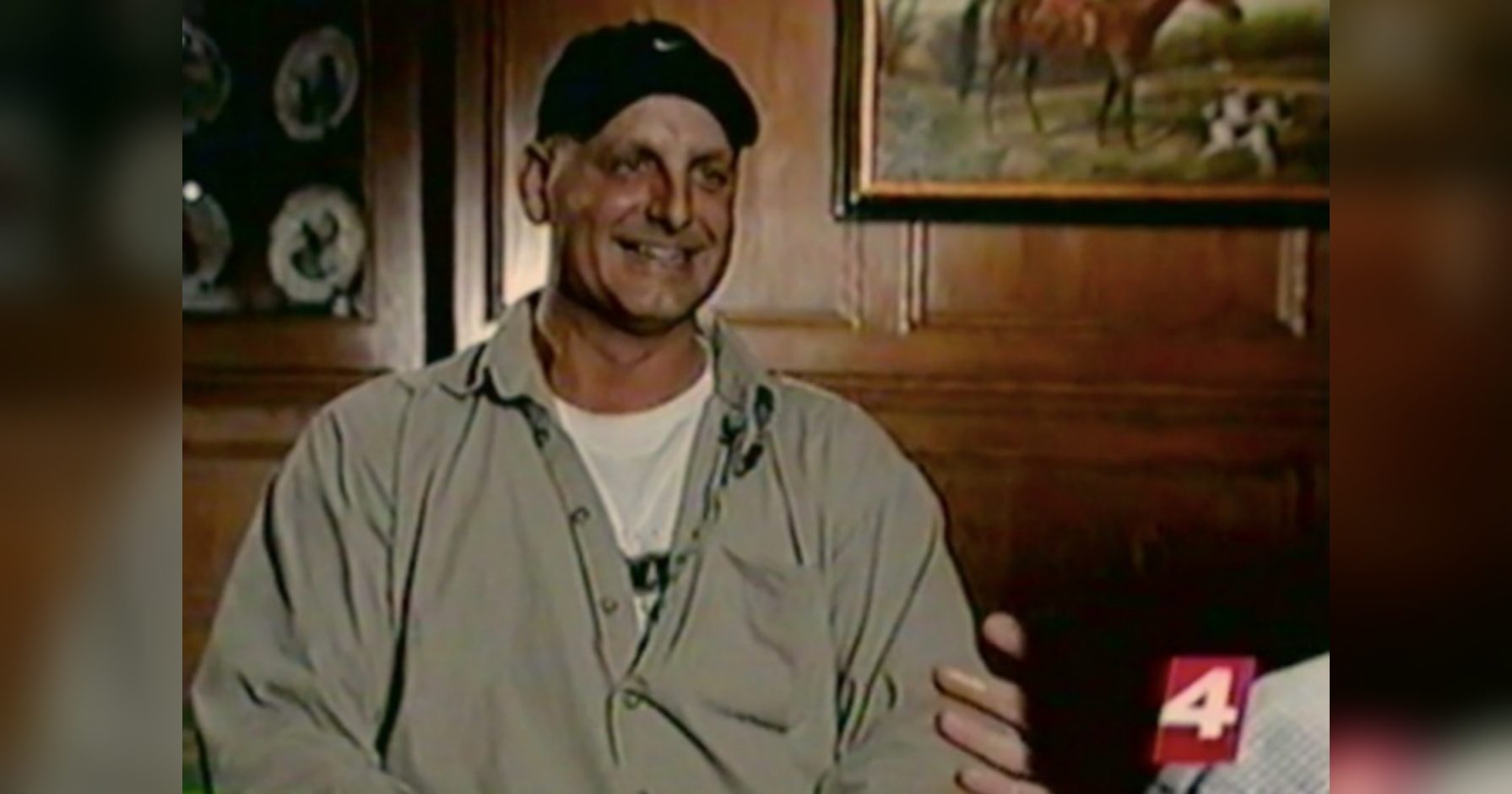 John Green as seen in the Netflix Docuseries, Untold

All NBA fans must know or at least must have heard about the fateful brawl which occurred on the 19th of November, 2004. The Pacers-Pistons brawl, called informally the Malice at the Palace, happened almost 17 years ago when the Indiana Pacers were playing against the defending champion, Detroit Pistons.  The word Palace came in since the venue of the game was held at The Palace, located in Auburn Hills, Michigan. It is one of the most-known brawls in NBA History. It looked like the Pacers will win when a foul happened. Small forward of the Pacers, Ron Artest tackled Ben Wallace, the center for Piston. The latter then proceeded to push the former, and a fight broke out.

The moment the players were taken apart, fans started their own fight. A fan, now identified as one John Green, threw a cup at Ron, who was trying to cool down. He became furious and chased after him, sparking a huge brawl. The participants of this brawl were not just the players but also the spectators, and it went on for a while. The game ended subsequently as the referees called for it. As a result of the brawl, 9 players got suspended and lost a large part of their earnings due to it. 5 fans and 5 players each were charged with assault.

Untold: The Fight in Detail

The fight began when there were just forty-five seconds left for the game to end. It looked like Indiana was going to win, as the scoreboard said they were leading by 97 to 82. Ben Wallace slapped Ron Artest on the back of his head, spiting his anger. He shoved Ben hard, and suddenly they were in a full blown-out quarrel, and all the other players tried to break them apart. The coach and other staff officials weren’t too worried since NBA fights didn’t really last longer than a few seconds. After they were separated, Ron Artest went to stretch out himself on the scorer’s table in order to calm himself down. 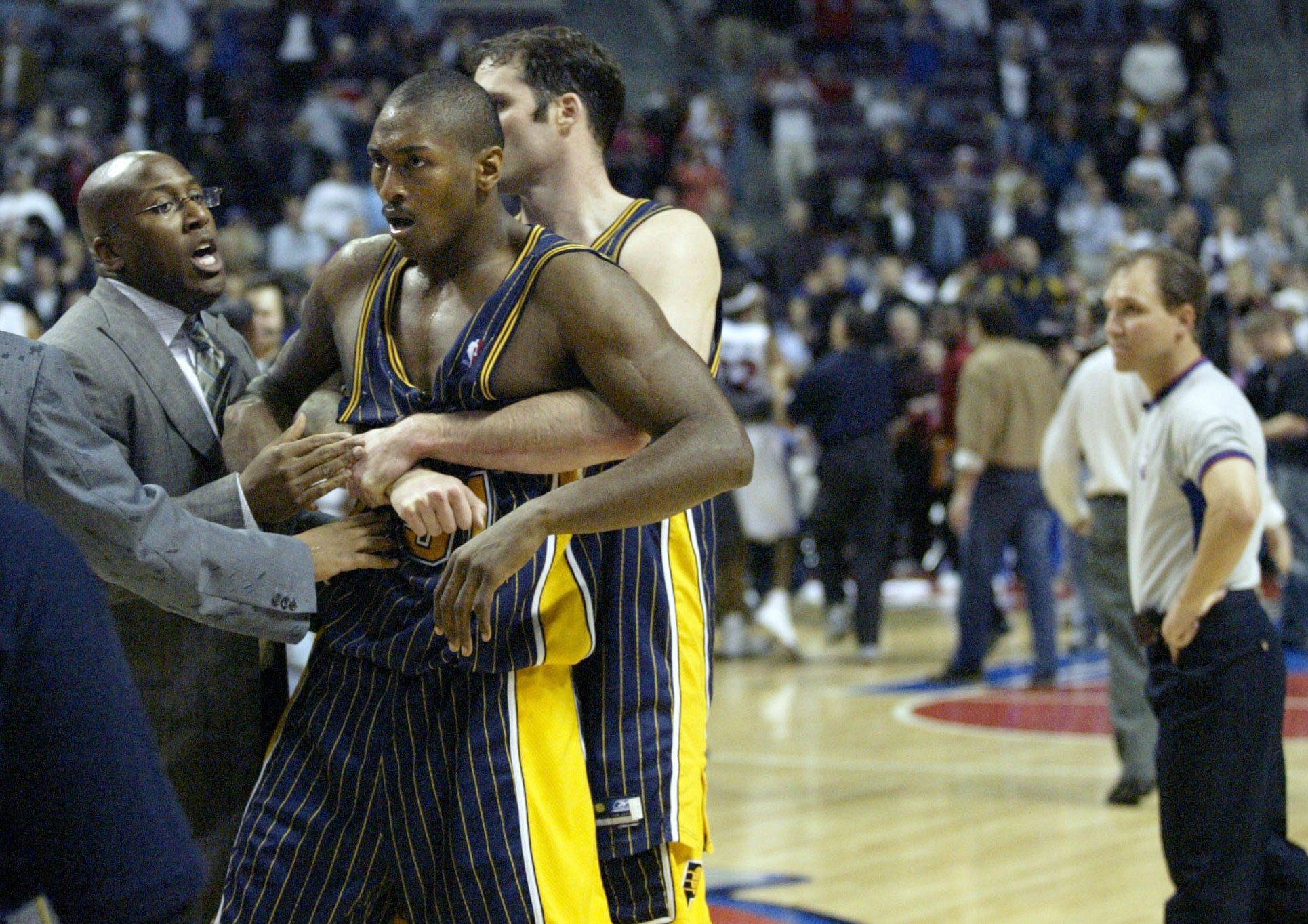 Meanwhile, the referees decided to throw out some players before they resumed the game. There was a disagreement as to who should be ejected: Ben Wallace or Stephen Jackson? The staff was worried that if Ben got ejected, he will have to walk by the bench occupied by the Pacers, and that might spark another brawl. Approximately a minute and a half later, the initial brawl, most of the team was in the middle of the basketball court trying to cool Wallace down. But that didn’t stop him from throwing a towel at Ron, who had then to be restrained by his coaches. The straw which broke the camel’s back was John Green, a spectator. 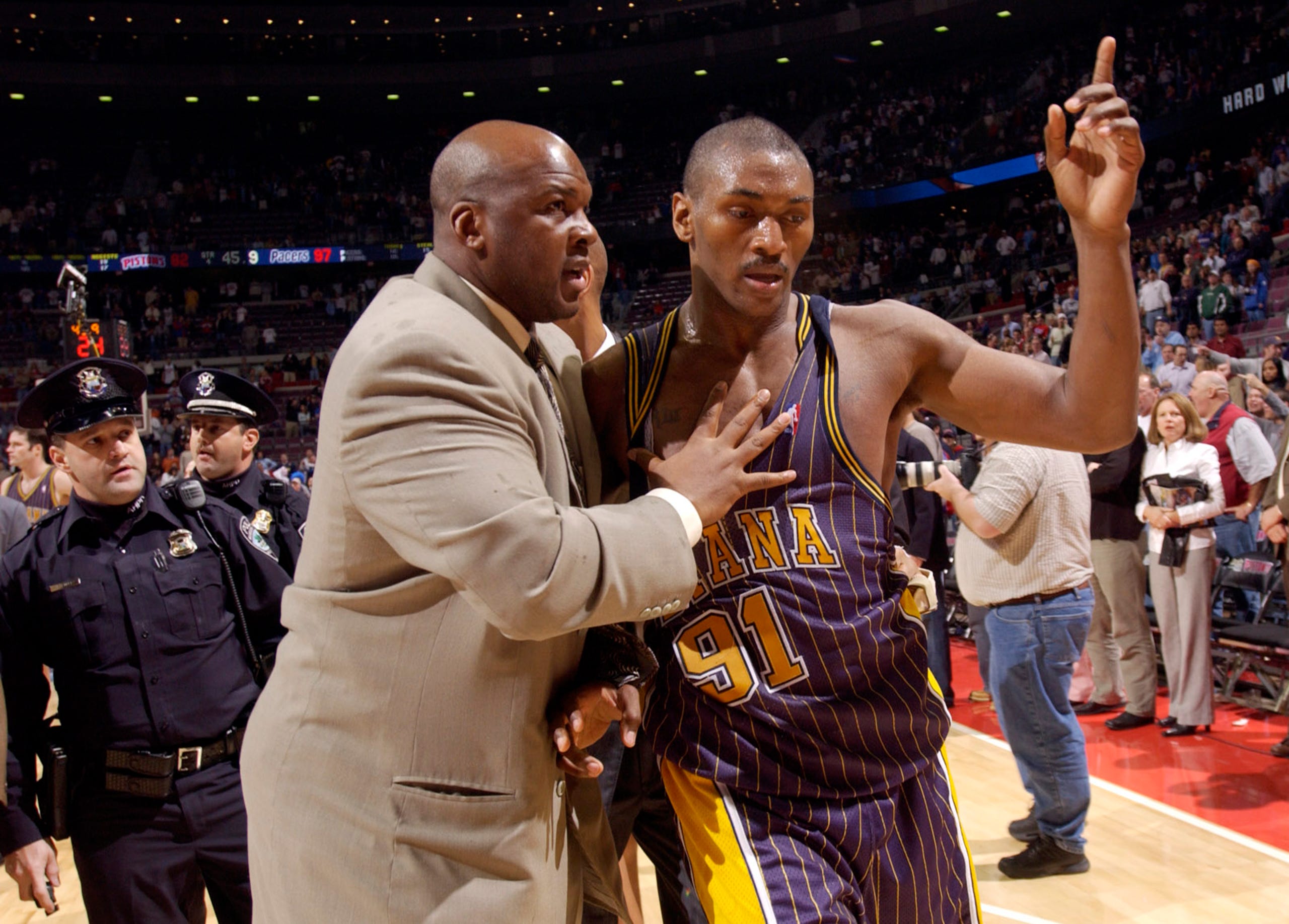 Ron Artest is led out of the court by special consultant Chuck Person. (Credits: AP)

Also Read: JaVale McGee Net Worth: All About the Basketball Star’s Earnings

Untold: The Man Who Incited the Mob, John Green

He grabbed a plastic cup full of beer and threw it at Artest. It hit him squarely on the chest. He jumped off the table, too quick to be stopped, and made his way into the stands. At first, he seized one Michael Ryan, an innocent man. Mark Boyle, the head radio broadcaster, tried to stop him and, as a result, was crushed by the mob. He suffered from 5 broken vertebrae and an injury to his head. 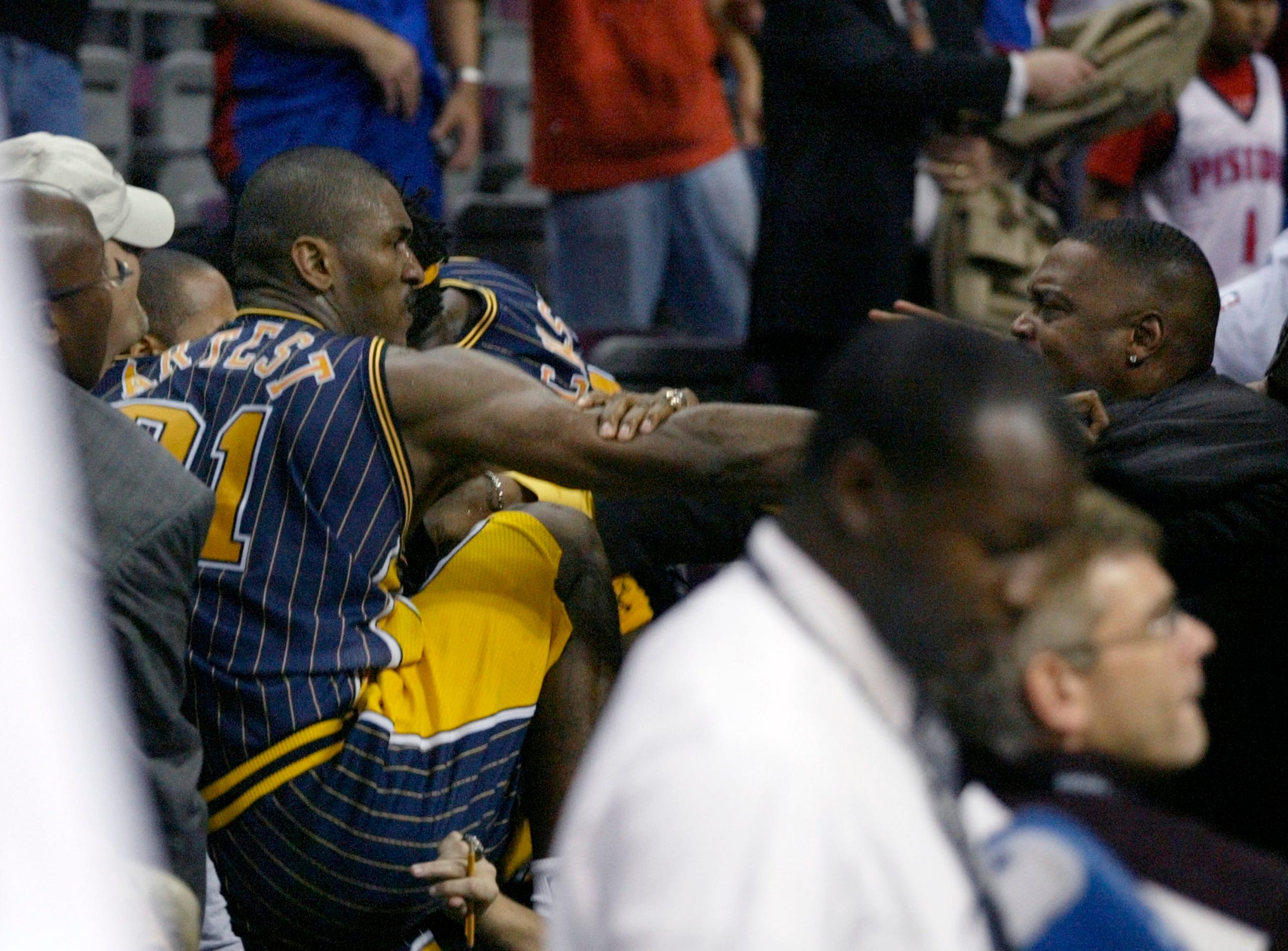 Pacers forward Ron Artest is held back from fighting with fans (Credits: AP)

Stephen Jackson followed Ron and knocked out another fan by the name of William Paulson. John Green punched Ron two times on the back of his head, and David did the same to another player, Fred Jones – who was actually there just to break up the fight. More and more fans participated in the brawl and started throwing whatever they could and even came down on the basketball court. Ron was tackled by Alvin Shackleford and Charlie Haddad, who were also fans. He punched Alvin and was subsequently pushed away by Haddad. Both the fans fell down on the ground. Jermaine O’ Neal hit Haddad on the jaw so hard that many bystanders were worried he will kill him. Many tries were made to calm down the players, but the place just ended up becoming more and more tumultuous. 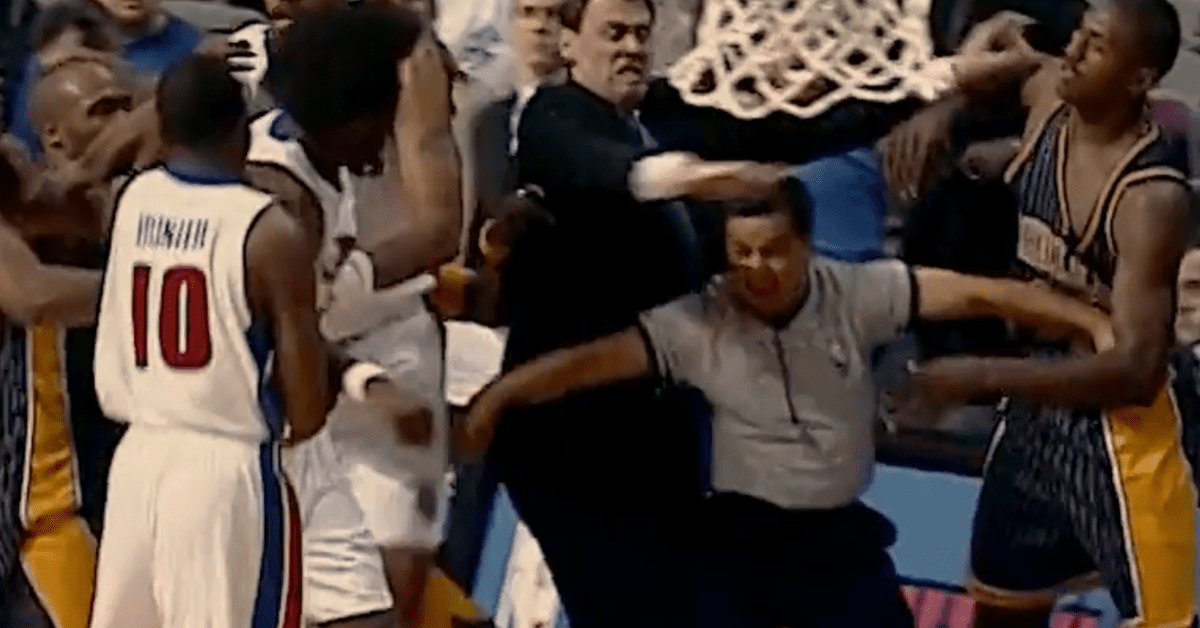 Police Had to Come to Calm the Horde Down:

The coach for the Pacers at the time, Rick Carlisle explained how grave the situation was. In fact, he feared for his life. The assistant coach compared the fans to lions and players to gladiators. The pacers won fair and square with 45.9 seconds remaining. This just angered the Pistons fans, who continued throwing stuff at the players. Larry Brown tried his best to calm down the horde but ended up just throwing away the mike, tired. It was only when the police came and threatened the fans, they started to leave. 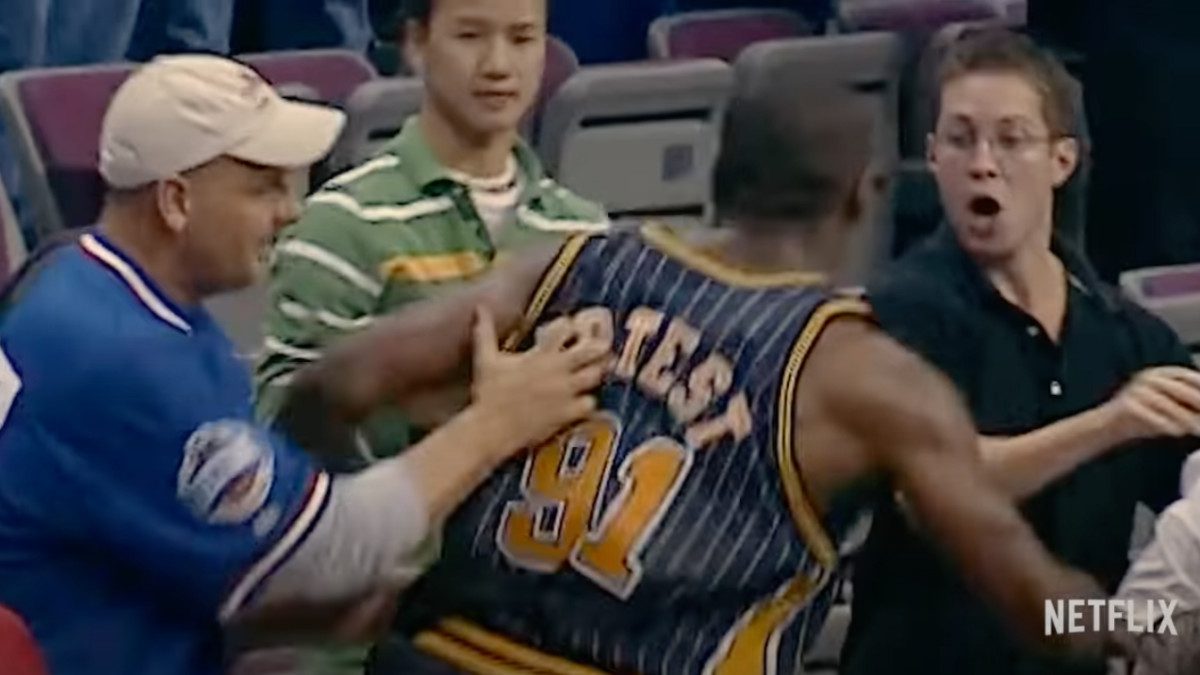 The guy in the blue shirt and cap is John Green, and in front of him is Ron (Source: Netflix)

What is Untold: Malice at the Palace?

“Untold: Malice at the Palace” is a 5 episode docuseries by Netflix. The docuseries was made with a mind to reevaluate and go over the facts of that night. It also discusses the fallout and the outcome of the fight. The director of the series is Floyd Russ. The first episode of Untold asks us to view the incident as an example of how things have changed in the past 17 years. You can watch it on Netflix, as it was released just recently. All the people involved in the brawl give out their perspectives in the docuseries, including key players like O’Neal and Wallace. We see exactly how the cup hit Ron and how he reacts. The 2nd instalment premiered on 17th August. 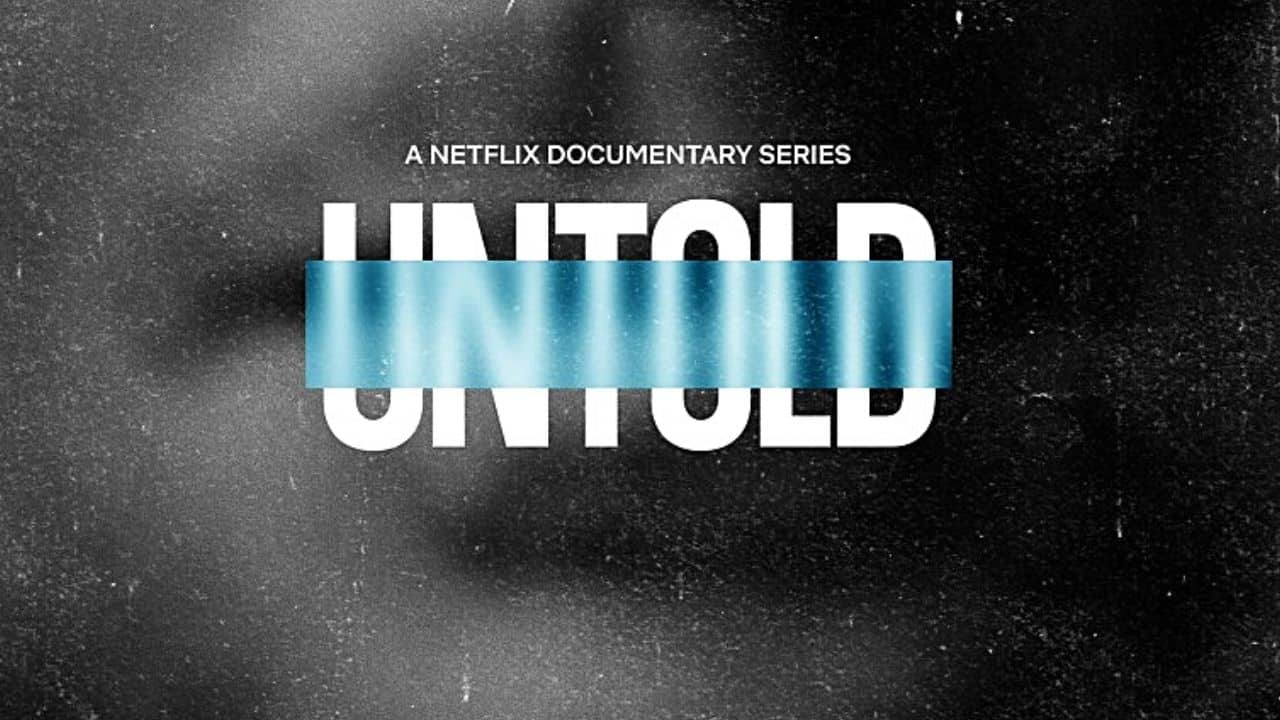 Untold: Where is John Green Now?

The real brawl began when John Green threw that one plastic cup at Ron when he was trying to cool down. It is not clear where exactly John Green is right now since it’s been more than 17 years. But what we do know is that he was one of the fans who were charged with assault and battery for the brawl. He even spent a month behind the bars, added to probation for 2 years. And he wasn’t allowed at any Pacers games until he finished his probation and successfully attend anger management classes and attend Alcoholics Anonymous. 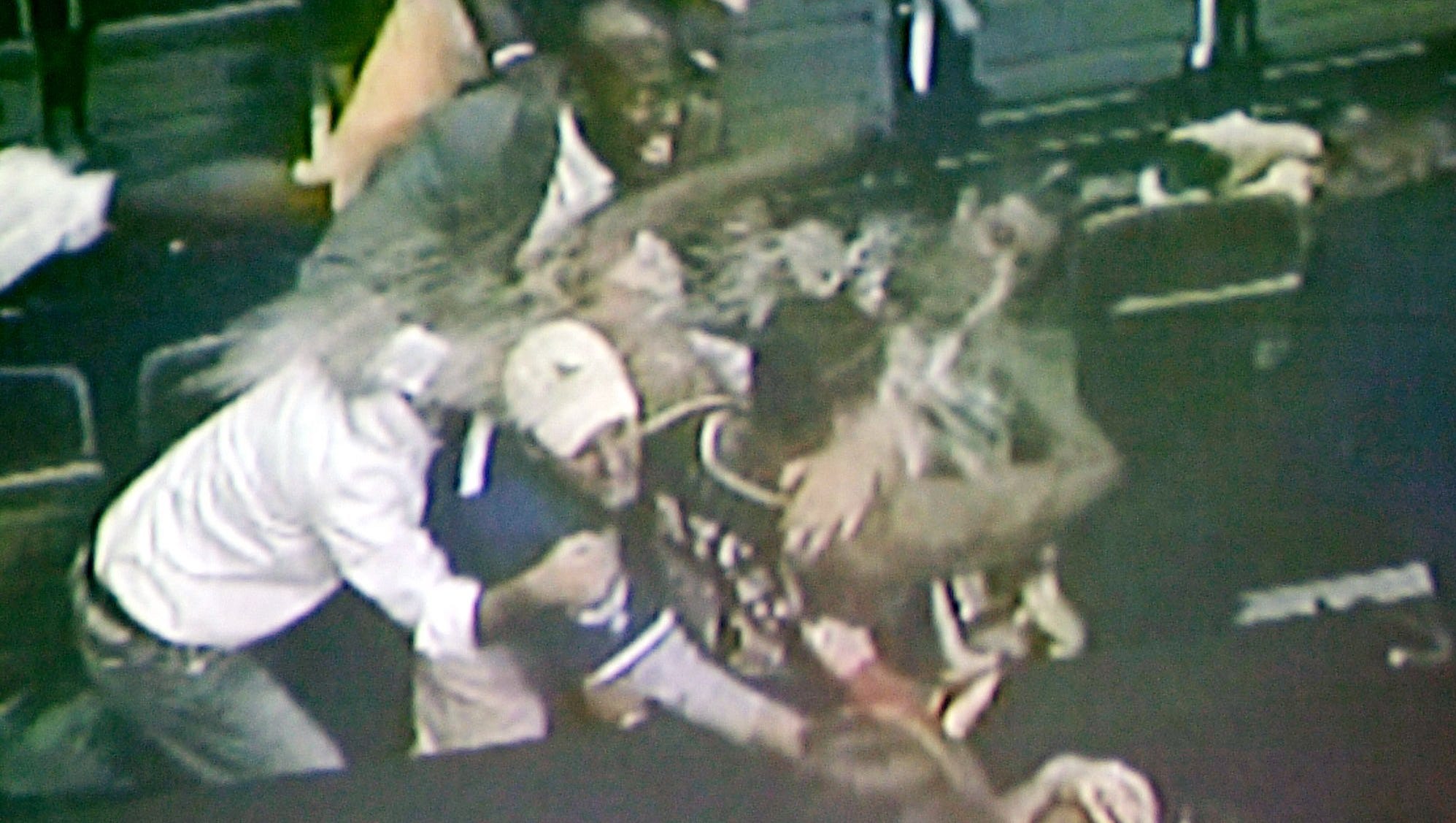 The guy in the blue shirt and cap is John Green, in the midst of a full-fledged brawl (Source: Netflix)

The most interesting thing to note, however, is that after the brawl, Ron – the player at whom John threw the drink, is now friends with the fan. No one is sure why, since neither of the parties shows any guilt after the infamous fight with changed NBA.

Also Read: Finding Kendrick Johnson: What To Expect From The Documentary?