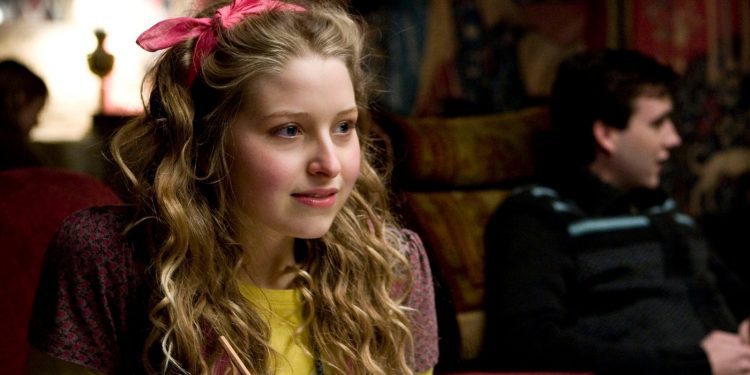 Jessie Cave welcomed her son Abraham last year in October 2020. The Harry Potter alum opened up about it all during the time that the little one’s arrival was a very different experience compared to her first two births. She described the experience as much more humbling, terrifying, and was much out of her control. Her son was later tested COVID- positive, and it was a struggling period. Luckily, both the mother and the little one came out victorious. It is now revealed that Jessie Cave is pregnant with baby no.4!

Jessie Cave Pregnant: Here’s All About It

Jessie Cave took to social media while sharing the exciting big news with a series of mirror selfies. These were taken by her sister Bebe that revealed the actress’ cured baby bump. She is expecting her flurry bundle of joy with comedian Alfie Brown.

Brown also announced the happy news on his Instagram page alongside a sonogram photo. The comedian had a hilarious way to announce as he said that it would be rather easier in the future if he announced when she is not pregnant! He further asked fans to enjoy the picture of the baby’s foot.

Jessie Cave Earlier Opened Up About Some Pregnancy Health Issues

The Harry Potter star earlier opened up about a few pregnancy scares that she had to face when she was expecting her third child. Jessie earlier revealed that while almond was one of her safe nuts, she suddenly had an allergic reaction to it and had to be rushed to the hospital. Jessie Cave even shared a snapshot of herself in the hospital while she holding up her arm to show where she had blood drawn to the reaction issue. Have a little sneak peek into the newest ITV2 sitcom, Buffering, starring Jessie Cave.

Today is the day! @jessiecave and @JanineHarouni star in brand new sitcom #Buffering today at 10pm on @itv2 📺🎉 pic.twitter.com/If7v6ZXxnG

The actress faced a few complications during the birth of Abraham, Jessie later gave a quick update saying that she is currently in the neonatal unit, but the little one is a strong boy, and it’s the safest place for him right now. She had to be admitted to the hospital to see if both the mother and the child is doing okay or not.  Later, her eleven-week-old son was diagnosed with Coronavirus. However, thankfully, he recorded slowly and was soon back home. The entire journey was surely a full-strain one for the former actress.

The Harry Potter Actress Opens Up About Her Weight Gain!

While Jessie Cave appeared in the Harry Potter movie franchise that included the Half-Blood Prince and the two Deathly Hallows films, it seems like it was not that easy for the actress after all! While promoting the release of her book Sunset, Jessie sat down for an exclusive interview, opening up about her time working on the movies. Jessie revealed that she gained a lot of weight after doing Harry Potter.

While the actress admitted that she was not starving herself, she was growing up and explains how people tend to gain weight as they get older. Jessie recalled how when she went back to film the last film, she was treated like a different species. She went on to explain how she earlier had issues with her weight and work but is happier as a writer and funny woman today. Moreover, she added that she is almost grateful for her weight gain as it led to her choosing an alternate career option. The former actress believes that she would have been unhappy otherwise.